Accessibility links
Landing Starring Roles At 50, Salma Hayek Enjoys 'Proving Everyone Wrong' Hayek's career hasn't been easy, but she's not complaining: "I'd rather have the hard road into excellence than the easy road into mediocrity," she says. Her current film is called Beatriz at Dinner. 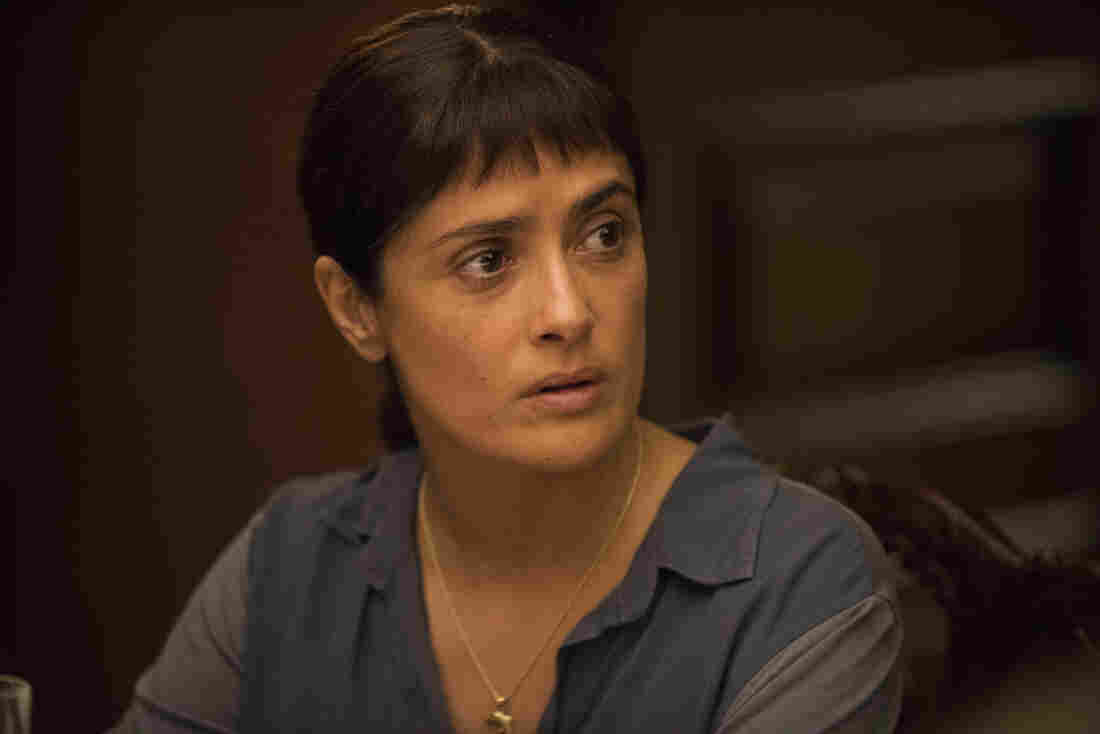 In Beatriz at Dinner, Salma Hayek plays Beatriz, a massage therapist who attends a dinner party at the home of her wealthy clients. Lacey Terrell/Roadside Attractions hide caption 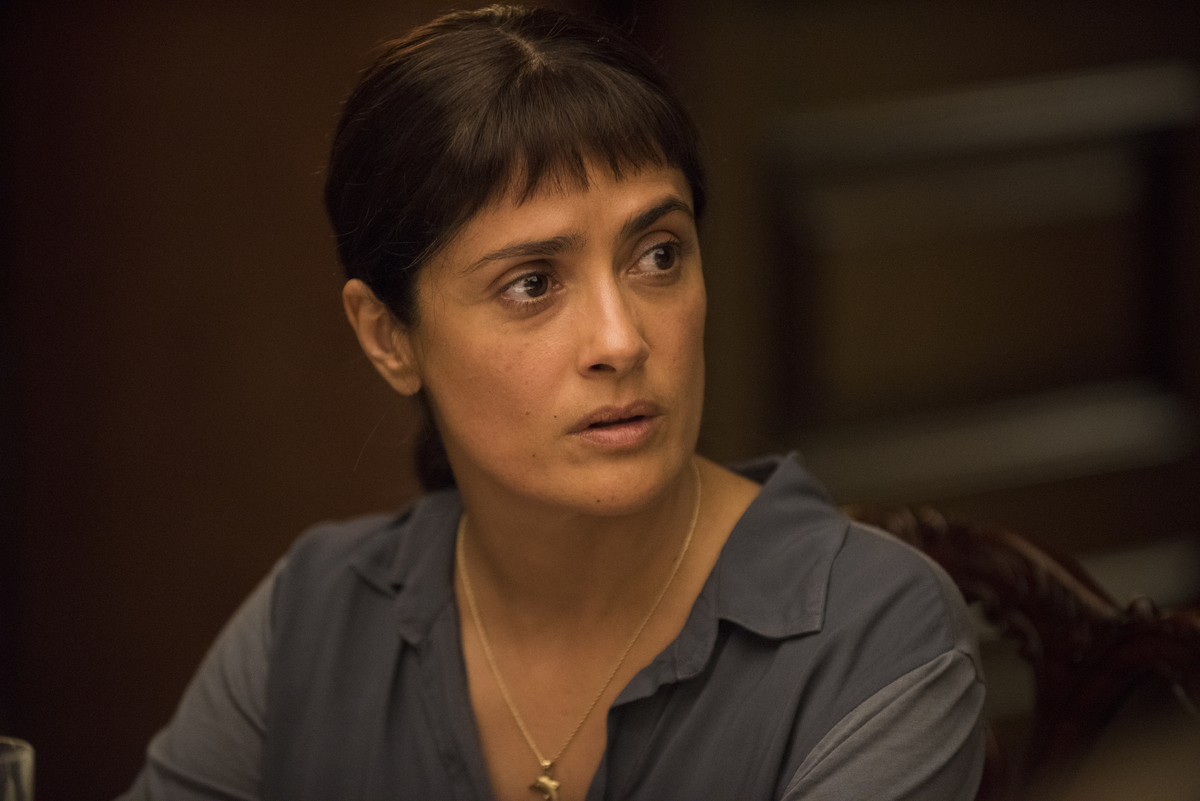 In Beatriz at Dinner, Salma Hayek plays Beatriz, a massage therapist who attends a dinner party at the home of her wealthy clients.

Actress Salma Hayek has never had anything handed to her. "I have had to fight, very, very hard for every little mediocre part I ever got," she says. When Hayek first arrived in the U.S., she was told to go back to Mexico — that she'd never be more than a maid. "They told me: You'll never work. I got to work. Then they said: It's going to be over at 35. And I'm 50. ... I take so much pleasure in proving everyone wrong. It's such a great satisfaction."

Hayek is now starring in Beatriz at Dinner, a poignant comedy about class and culture. Beatriz is a massage therapist originally from Mexico who attends a dinner party at the home of her wealthy clients.

"Never have I had so many opportunities before," Hayek says. "This is the best time of my life."

On how she came to star in Beatriz

It really landed in my lap ... top. I was always a fan of [director] Miguel Arteta and [screenwriter] Mike White. ... Two weeks before my 49th birthday they called to see if we if we could hang out. I thought it was strange, but I was so excited. They came and they said, "We have a project that we have in mind ... Mike has not written it yet, it's just like a vague idea. But we'd like for you to be a part of it."

Two weeks later, the day of my birthday, I get an email from him that said, "Happy birthday," with a script.

'Beatriz At Dinner' Skewers A House Full Of Well-Off Guests

On her friend's theory about getting roles as older actresses

I have a friend — an Italian friend who's a brilliant actress ... she's working a lot, too, and we were looking at each other one day and saying, why are we working so much? And she said: "You know why? We don't have Botox!" ... We don't have the injections. This is what it is! We don't look as hot, that's true ... but we're working non-stop because we can look like real people. We can play any part. And I think maybe it's true.

I went in and they made me wait five hours. And when I went in, it was a long table with maybe six people. They said, "Why would humiliate yourself, and waste our time and your time and do this and force us to see you? You already know you're not wanted." ...

They were kind of laughing and smirking at the beginning. When I finished I was so proud because they looked at me completely different. [One of the men at the table] said: "That was smart, I had no idea you were that good. I still want what I want — and it's Caucasian. But I have to give it to you, you surprised me." Years later, that lovely man came back to me and said, "I apologize, I made a mistake. You would have been better in that movie and I thank you for exposing me to it."

'Beatriz At Dinner' Serves Up A Barbed Satire About Race, Class And Culture

'Beatriz At Dinner' Serves Up A Barbed Satire About Race, Class And Culture

I didn't sue them, I didn't scream at them, I did my best work. The way to shine the light on ignorance, it's not by violence or regression — it's just by putting a light in the right place.

On whether she has been typecast because of her beauty

All stereotypes are difficult to shake. ... I used it. I turned the tortilla around on them. Because at the time ... [the available roles were] either a drug dealer wife, or the maid, or an extra in the supermarket. And I realized, this is what, at this time, they were capable of opening up to. So, you just go by steps. They couldn't have accepted a lawyer, but they could accept a hot Latina. That was not who I am, but that's what they could feel safe with.

I'd rather have the hard road into excellence than the easy road into mediocrity.

On what she learned making and starring in the 2002 biopic Frida, about Mexican artist Frida Kahlo

It took me eight years to get it off the ground, and I did it myself. Nobody wanted to do it, nobody helped me with it. And then little by little they start changing their minds ... and what a beautiful journey it has been. If I had come here with everything landing on my lap, then you don't develop as far and as strongly as you can. Because of that, I know how to produce film, television, I know how to write, I know how to direct, I can do many things and I can do them well.

I'd rather have the hard road into excellence than the easy road into mediocrity. So I'm not complaining. And it's important that I say this: If we have any Latinos or any immigrants listening to this, this is an invitation for us to wake up and be excellent at anything that we do.