Accessibility links
Stream Beth Ditto's New Album, 'Fake Sugar' The Gossip singer's solo debut recasts her as a versatile, pop-minded rock star who can still shake the rafters with her voice when the moment calls for it. 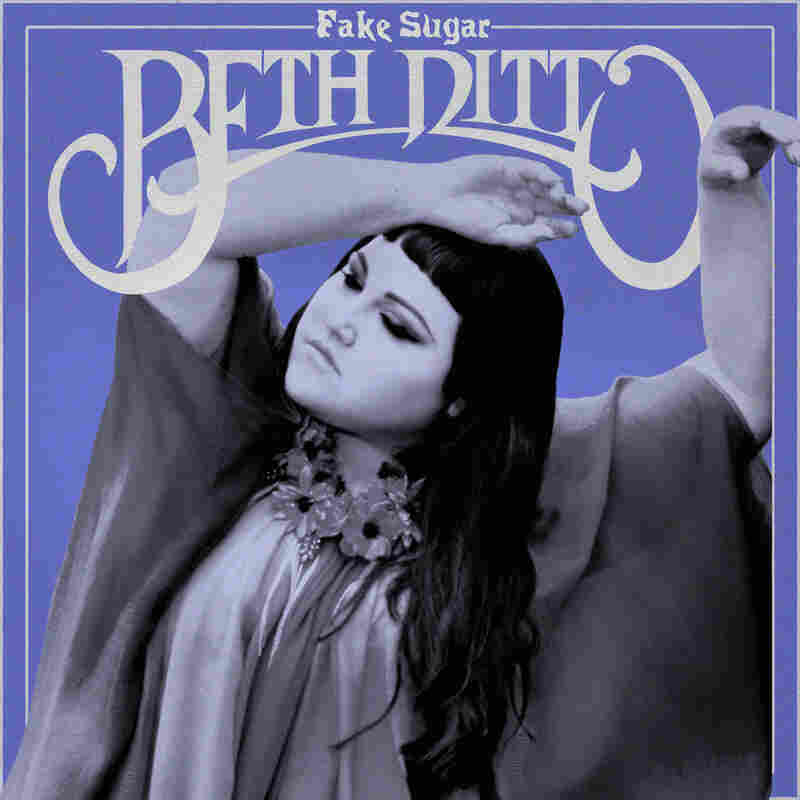 As lead singer of Gossip, Beth Ditto strutted and sang with the presence of a powerhouse. But as that band's career wound down last year — its last album, the commercially underperforming A Joyful Noise, came out in 2012 — it seemed mired in an identity crisis. Gossip's brash, soulfully combative rock 'n' roll had become softer and slicker, and while that left turn suited a band that thrived on surprises, it disappointed many fans who'd come to expect swaggering dance-punk with sharper teeth.

Five years after A Joyful Noise, Ditto returns with Fake Sugar, a solo debut that polishes her sound further. But it also benefits greatly from a shift in expectations: Freed of some of the hype surrounding Gossip's earlier records, it recasts Ditto as a versatile, pop-minded rock star who can still shake the rafters with her voice when the moment calls for it. Given the singer's gift for stage theatrics — she helped make Gossip's live shows legendary — it's easy to imagine these songs performed amid pyrotechnic displays worthy of Lady Gaga.

More importantly, Fake Sugar stays surprising throughout, with Ditto rarely bothering to tread the same ground twice: "Fire" churns and preens with Southern-rock self-assuredness before giving way to the sweetly shimmering girl-group choruses of "In And Out" and the ingratiatingly smooth softness of the title track. Elsewhere, "Oo La La" lands with stomping force, while "We Could Run" soars heavenward with a chorus that conjures memories of Enrique Iglesias' for-the-ages pop anthem "Escape."

It's become standard procedure to look askance at underground artists who take big swings at stardom. But if Beth Ditto becomes a full-blown mainstream star — as a queer plus-sized outspoken feminist with her own fashion line — it'll come at the expense of every norm she's spent her career working to tear down. Fake Sugar may be just the Trojan horse she needs.