Accessibility links
Another Stunning Election In France As Macron's Party Sweeps French voters cast ballots on Sunday in the first round of voting for Parliament. Turnout was low, but the results were an outsized victory for the new French president's new party. 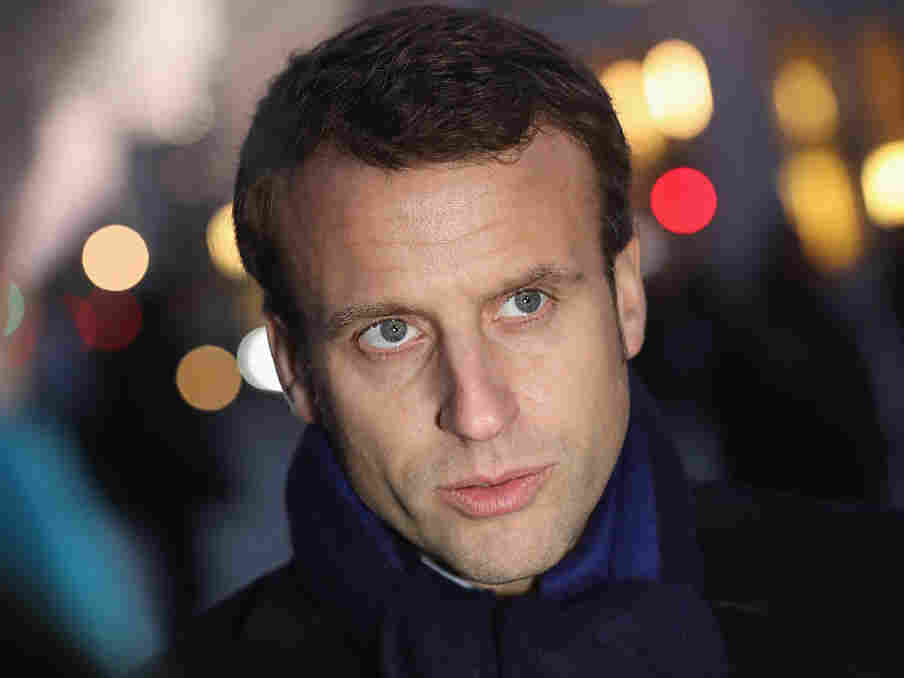 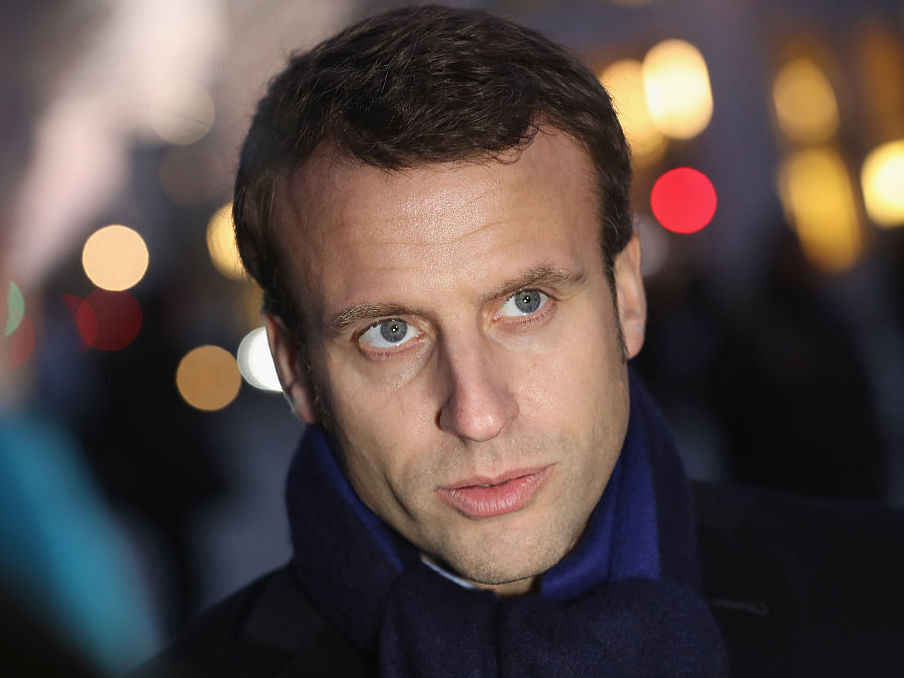 The brand new party of brand new French President Emmanuel Macron is poised to sweep parliamentary elections after a first round of legislative voting yesterday.

Official tallies show his party could wind up with more than 400 seats in the 577-seat French parliament after next week's final round. French news media are likening a party that barely existed a year ago to a tidal wave sweeping everything in its path.

Macron's party — Republic on the Move — received 32 percent of the vote, followed by the mainstream conservatives with 21 percent. The Socialists, party of former President François Hollande, didn't even make 10 percent. Its number of seats will drop from nearly 300 to around 30.

"The left is being wiped out," says Christophe Barbier, a columnist with L'Express. "And the right is in a huge ideological crisis because Macron has taken some of their best people for his government."

Very few candidates received the 50 percent vote needed for a first-round victory. Most districts will see a runoff between the top two finishers next Sunday.

Marine Le Pen, who faced off against Macron in the second round of the presidential race, had hoped her party would go on to become his major opposition in Parliament. But the National Front, Le Pen's party, dropped from 21 percent in the presidential election to just 13 percent on Sunday.

Le Pen blamed it on historically low turnout. Half of those eligible didn't vote.

Daniel Parcel was not among them. He voted for Macron's party, then brought his kids to play in the fountains of a Paris park on an extraordinary spring day.

"We want to give Macron a big majority to govern," Parcel says. "To put in place his program, which is a good mix of free market economics that also provides people with social support."

Conservative voter Alain Pegard says he and his wife felt reassured when Macron chose his prime minister and economy minister from their party. Pegard says even though they didn't initially support Macron, he has won them over. 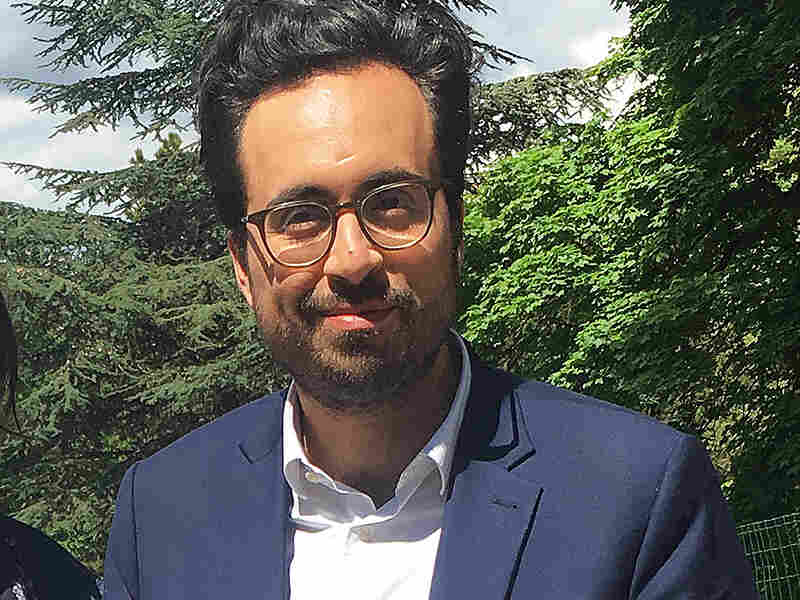 At 33, Mounir Mahjoubi is the youngest member of Macron's Cabinet. He became a kind of star during the presidential campaign when he led Macron's bare-bones digital team and foiled Russian hackers. Eleanor Beardsley/NPR hide caption 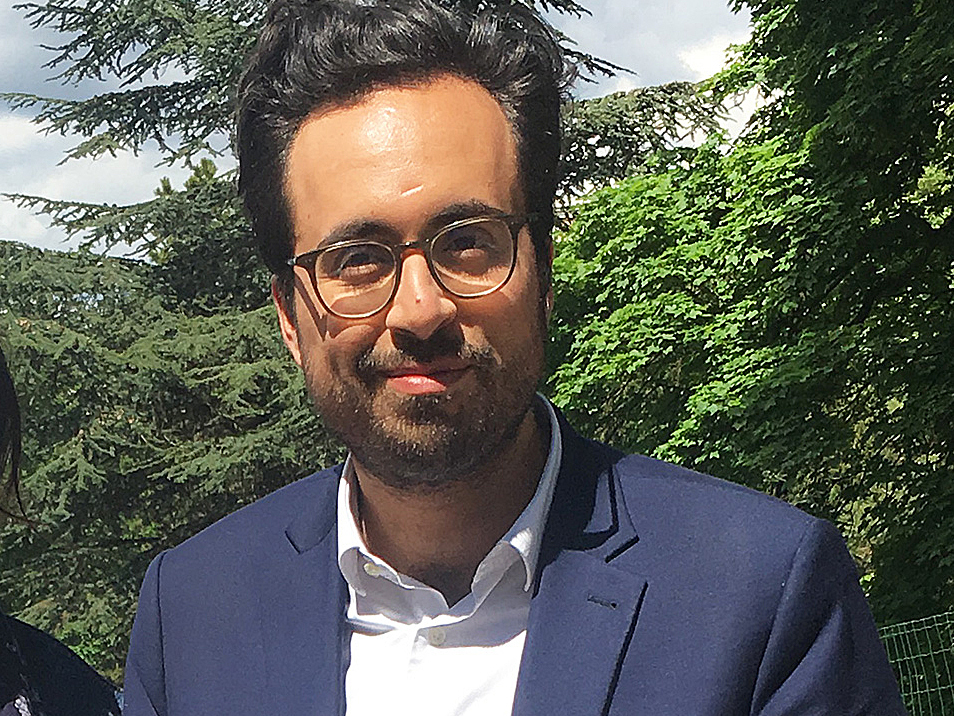 At 33, Mounir Mahjoubi is the youngest member of Macron's Cabinet. He became a kind of star during the presidential campaign when he led Macron's bare-bones digital team and foiled Russian hackers.

"I realized at his inauguration how impressive he was," says Pegard. "He is noble and he has a real presence. It's reassuring to see someone who's not afraid."

Across the country, entrenched, lifelong politicians fell to Macron's citizen candidates. One stunning upset was that of the socialist party leader to 33-year-old Mounir Mahjoubi, Macron's new digital affairs minister and the son of Moroccan immigrants.

With this electoral rout, it's possible Macron will face no meaningful opposition. The far-left firebrand Jean-Luc Mélenchon, who also ran for president, warned about giving Macron too much power.

Outside a polling station, voter Philippe du Pique says though he's impressed with Macron, he agrees.

"I prefer a small opposition," du Pique says. "It's important in a free country not to leave all the power to one man. I think it's dangerous."

With half of Macron's candidates political novices, opposition candidates are also warning of complete chaos in the French Parliament. It's not something that worries Macron.