Accessibility links
Book Review: 'So Much Blue,' By Percival Everett By turns funny, shocking and heartbreaking, Everett's new novel follows a painter who's deeply ambivalent about his apparently idyllic life and digs into the moments in his past that shaped him.

'So Much Blue' Is Percival Everett's Best Yet

'So Much Blue' Is Percival Everett's Best Yet 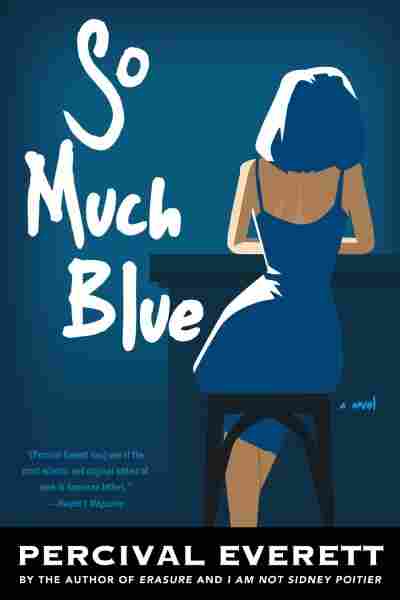 Over the course of more than three decades, Percival Everett has written almost 30 books. They've included mysteries (Assumption), Westerns (Watershed) and biting political satire (the hilarious and memorably titled A History of the African-American People [Proposed] by Strom Thurmond as Told to Percival Everett and James Kincaid). It's impossible to predict what the next Everett book will bring, but it's always a safe bet that it's going to be great.

And that's the case with the author's latest novel, So Much Blue. By turns funny, shocking and heartbreaking, it's one of his best books to date. And with a career as distinguished as Everett's, that's saying something.

So Much Blue follows Kevin Pace, a 56-year-old abstract painter living in the Northeast. He seems to have an idyllic life, complete with a loving wife and two school-age children in a "very arty and New Englandy" home. He's ambivalent about his career — he's successful, but he doesn't love all of his work. "The paintings are available and uncovered and waiting to be considered, bought, and hung on living room walls or in bank lobbies. I like them well enough," he muses. "Some are good. Some not so. It's really not up to me to judge and so I won't."

By turns funny, shocking and heartbreaking, it's one of his best books to date. And with a career as distinguished as Everett's, that's saying something.

Kevin has been at work for a long time on a painting that he has shown to exactly nobody. "One reason I will never let my children see the painting is that they might try to name it and so ruin it and everything," he explains. "I will not let my wife see it because she will become jealous and that will ruin it and everything. ... They all believe that I do not trust them. This is true enough."

The painting isn't his only secret. Throughout the novel, he flashes back to two events that shaped his life: an affair he had with a young French woman in Paris 10 years prior and a misbegotten trip to El Salvador in 1979 to try to find his best friend's missing brother. Kevin's teenage daughter also has a secret, one that she has told her father, but insisted he keep from his wife. This, predictably, backfires.

So Much Blue is essentially three books in one. The sections covering the present day read like a remarkably honest work of domestic fiction, while the chapters set in Paris are more of a haunting love story. The parts of the book set in El Salvador, as the country's long civil war is breaking out, are more like a thriller than anything. The only things the three parts have in common is Kevin, and Everett's masterful writing.

In the hands of another writer, none of this might have worked. The "beautiful young woman falls for a middle-aged man" plot is a tough one to sell; the worst novels of that kind usually fall to navel-gazing male wish fulfillment. (If you think this is a passive-aggressive dig at some of John Updike's minor works, you're right.) But Everett handles the romance with a laudable frankness that never descends into lurid awkwardness, and Kevin's self-awareness about his status as a "dirty old artist man" is fascinating: "But of course this lack of guilt about what I was doing with this woman with whom I clearly saw no future left me with, well, guilt. I felt guilt for feeling no guilt."

And Everett handles the scenes with a young Kevin in El Salvador brilliantly. The plot is fairly wild, as these things go — Kevin and his friend enlist a foul-mouthed sociopathic mercenary named "the Bummer" to try to find the friend's missing brother — but it's all handled realistically, and Everett balances the violence of the story with dark humor.

It's not surprising that So Much Blue is such a perfectly structured novel; Everett is an author who started his career off strong and just keeps getting better. It's a generous, thrilling book by a man who might well be America's most under-recognized literary master, and readers will be thinking about it long after the last page. As Kevin observes at one point: "Like most things that come back to haunt you, it haunted me in the beginning. No ghost is born overnight."