'Mormama' Is A House Built On Quicksand

'Mormama' Is A House Built On Quicksand 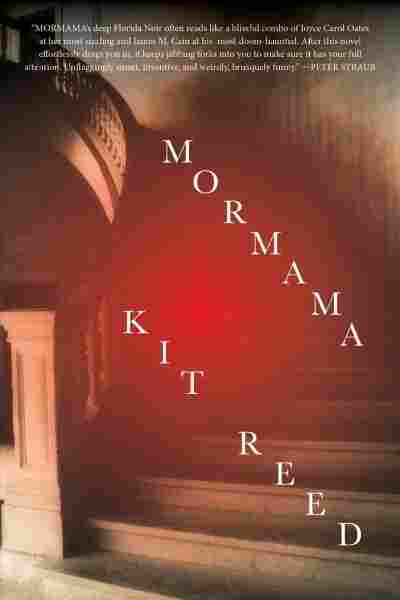 For years now I've been engaged in a conversation with myself about horror and what I want from it.

I often find myself prefacing reviews of horror and horror-adjacent literature with the disclaimer that I think I'm a poor reader of it, only aware of and appreciating its commonplaces when they're turned on their heads. In film, I loved The Girl With All the Gifts and Cabin in the Woods without having enjoyed a long lineage of zombie films or slasher flicks; what I loved was the transformation of common ingredients into something unusual, like making zucchini into cake. In literature, my horror diet is more varied — but I often struggle, as a critic, with the question of whether I disliked a novel or short story because of a failure of craft, or because it succeeded in unsettling me. Is this beer too hoppy, or do I just not like hoppy beer?

Full disclosure: I love both zucchini and hoppy beer. But I did not love Mormama.

Full disclosure: I love both zucchini and hoppy beer. But I did not love Mormama.

An amnesiac man calling himself Dell Duval wakes with an address in his pocket: that of the Ellis family home, a rambling plantation-style house in Jacksonville, Fla. Duval squats in its undercroft trying to glean a connection to the family, haunted, meanwhile, by the contents of a flash drive he can't remember and doesn't dare examine. While hiding around the house he meets Theo, a 13-year-old boy stranded there with his mother Lane, her three ancient aunts, and the ghost of Charlotte Robichaux, called Mormama, who tries to warn the youngest generation of the malice the house bears towards men. Through Mormama's recitations, old journals and letters, and the aunts' reminiscences, the Ellis family's history comes unspooled like so much rotting thread.

I am fascinated by stories of ancient homes that manage to be both vast and claustrophobic, crowded with memories, secrets, and ghosts. I love seeing the Gothic transposed into different locales in order to explore psychology, trauma, and the damage wrought by horrors kept too long under a family's skin. I lay out my own history as a reluctant horror reader in order to say that I had every reason to believe this iteration of Evil House literature would be something I'd enjoy.

But I didn't enjoy it, because the layers of narrative are as porous and unstable as the limestone on which the Ellis house sits.

'Mormama' has several problems — of voice work, pacing, plot, and threat level, none of which particularly cohere.

Mormama has several problems — of voice work, pacing, plot, and threat level, none of which particularly cohere. Aspects that I'd usually be praising as features are instead bugs. I should be delighted that a book about all the different people who make up a household and its lineage is narrated from multiple points of view, some in first person, some in third; I would applaud a book's form following its function, making me feel crowded by voices and whispers and perspectives. Instead, I was unaffected and unconvinced. Mormama never feels threatening, and neither does the house; Theo doesn't sound like any of the several kinds of 13-year-old boy I might recognize, his maturity and personality varying wildly from chapter to chapter; the supernatural aspect so strongly hinted at throughout the book never actually threatens anyone, and the only shocking reveal at the end of the book is of how unearned and abrupt is its climax.

The places where the book did succeed in moving me are in Mormama's narration, in telling a story of the past, of women's anguish and lost children. Sketches of small, needling, poisonous cruelties are very effective, as are some very sharp turns of phrase and descriptions of the house as a jumble of detritus. But there's a vast disconnect between those moments and the narrative's insistence on an ancient horrific evil bent on the destruction of men, almost all of which are dispassionately recalled in retrospect, a grocery list of deaths. Bafflingly, events clearly stated in the book's fourth chapter are treated as mysteries in need of solving, great revelations that will shake the house's foundations, when in fact they're just increasingly anguished repetitions. Genealogy eats away at the narrative as indifferently as the December rain eating away at Jacksonville's geology.

Mormama, like the house that is ostensibly its central concern, is less frightening than exhausting, more dust than dread.