Accessibility links
Before The Rumble In The Jungle, Music Rang Out At Zaire 74 Trumpeter Hugh Masekela and producer Stewart Levine organized the 1974 festival and produced the new album Zaire 74: The African Artists, which captures performances by Miriam Makeba, Franco and more. 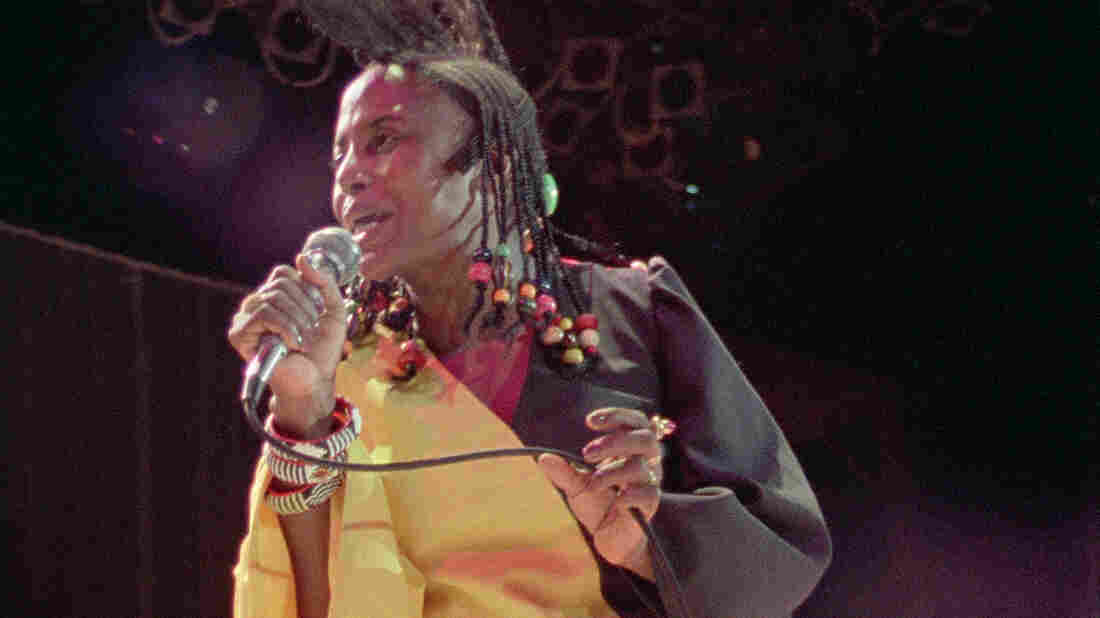 South African legend Miriam Makeba performing at Zaire 74. The performances of the African artists on the 1974 music festival's lineup have been unearthed for a new live album. Courtesy of Stewart Levine hide caption 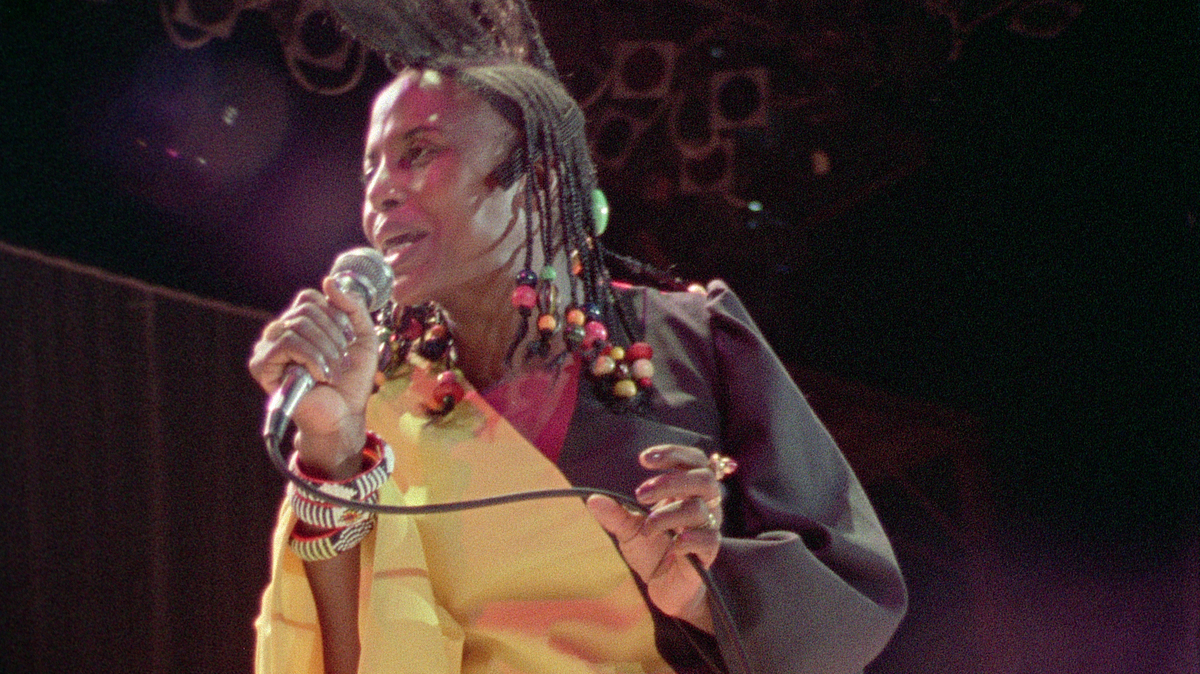 South African legend Miriam Makeba performing at Zaire 74. The performances of the African artists on the 1974 music festival's lineup have been unearthed for a new live album.

In the fall of 1974, George Foreman and Muhammad Ali met in the country of Zaire, now called the Democratic Republic of Congo, for the legendary boxing match known as "The Rumble in the Jungle." Although the Rumble had to be postponed until later that autumn, a related promotional event went on as scheduled and turned out to be similarly momentous: Zaire 74, a music festival where some of America's greatest black artists played alongside Africa's leading talent to an audience of tens of thousands.

Rumble In The Jungle, 'Soul Power' In The Streets

Documentaries and albums chronicling that festival have concentrated on the American performers, such as James Brown and B.B. King. The African artists have not received the same shine — and disputes over money and control, which kept a tight lid on concert footage, have not helped. Except for the South African legend Miriam Makeba, these musicians were all Congolese, including rumba maestros Franco and Tabu Ley Rochereau.

But now their performances can be heard, many of them in full, on a new live album titled Zaire 74: The African Artists. It was produced by South African trumpeter Hugh Masekela and American record producer Stewart Levine — the same men who organized that festival in Kinshasa more than 40 years ago with the aim of making the world more conscious of African music.

Read on for highlights from Ari Shapiro's interview with Masekela and Levine, and listen at the audio link to hear the full conversation and snippets of music from Zaire 74: The African Artists. 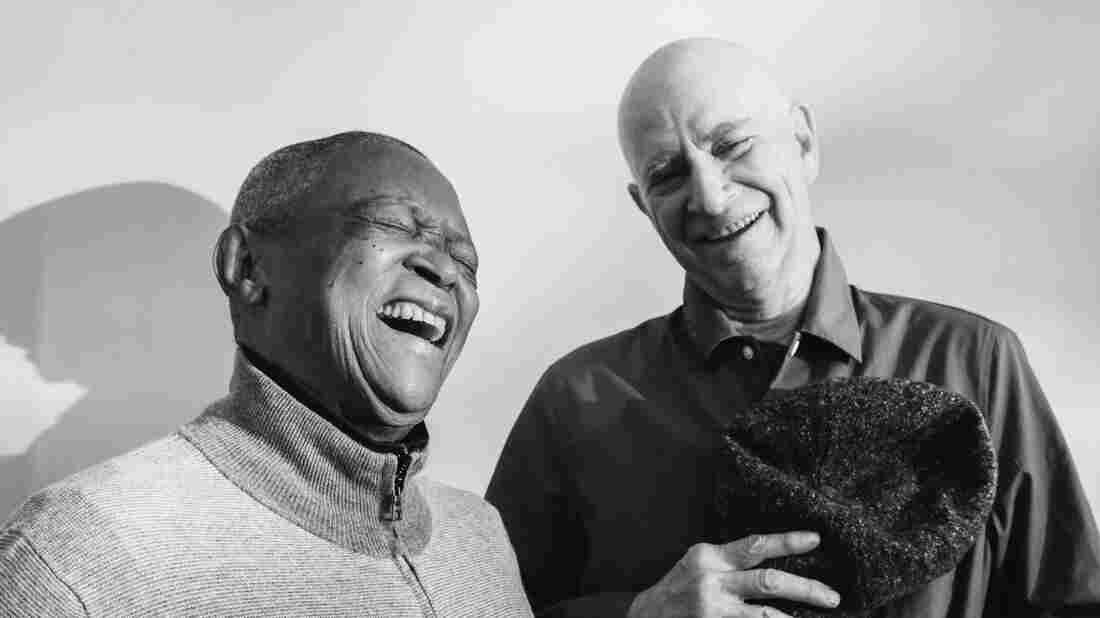 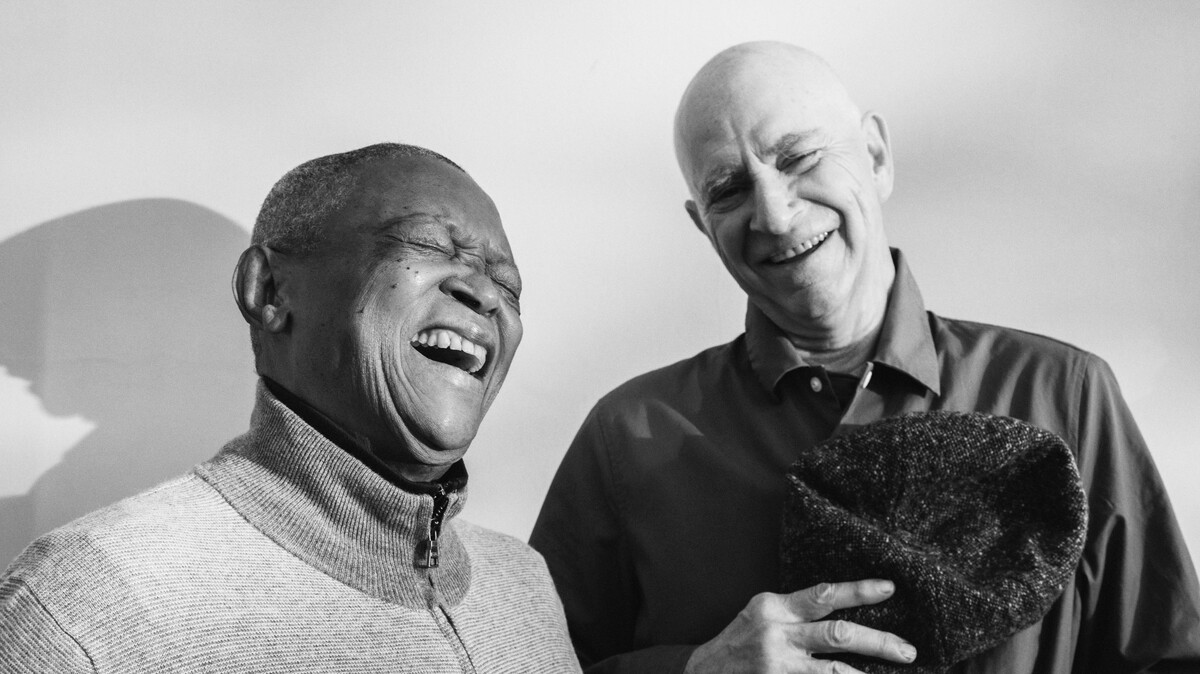 Hugh Masekela and Stewart Levine, more than 40 years after they joined forces to organize Zaire 74.

Hugh Masekela: From the time we started to organize the festival, until after the festival, it was very hard work. I think we both lost about 20 pounds each. ... It was the first thing of its kind and it was very exciting, the artists were excited. The Congolese audience had never been to anything like it. And actually nobody had ever been to anything like it.

Stewart Levine: You must remember one thing: The African artists had never played in front of such a large audience. So they were incredibly inspired. And the audience knew them better than they did James Brown, and they were out to cut James Brown. [Laughter.]

On rediscovering the recordings that would become Zaire 74: The African Artists

Levine: I refer to it as musical archaeology because we in fact had never heard these performances. They were recorded while, like Hugh says, we were running around trying to help get this thing organized and put up onstage. So when we opened these tapes up about a year and a half ago, we were stunned. We were mesmerized. Because with all due respect to the American artists, who were great, these guys were out to do it in front of their own people. You have to realize this was a big moment for this country, and a big moment for these performers. So you really do have this music being played at its highest level. We were lucky to have had these tapes. When we opened them, we just decided maybe after 42 years, we should remember the plot, which was to introduce this music to the world. So it's never too late, I guess.

Masekela: Louis Armstrong has been dead for a long time, but people still listen to his music. One thing that is great about the music is that you can be dead and [it can] become popular. You can get known whether you are alive or not. Music lasts forever.

Levine: If we didn't think that these things were relevant and vibrant, then we wouldn't have released it, period. If they sounded like field recordings from the '20s, we wouldn't go near it. But they're hot! They're energized. We caught it. It was the golden age of multi-track recording, it was 16-track recording. They hold up, and besides just being a piece of history, it's a great piece of recording. I don't mean technically, I mean the recording is great when it captures the moment, and there you have it. These artists become alive when you put the needle down. Here they are!