Accessibility links
'Rough Night' Is Shamelessly Derivative — And Shamelessly Funny This raunch-fest comedy about a wild (and lethal) bachelorette party stumbles out of the gate, but once Kate McKinnon's Aussie-for-no-particular-reason character shows up, so do the laughs. 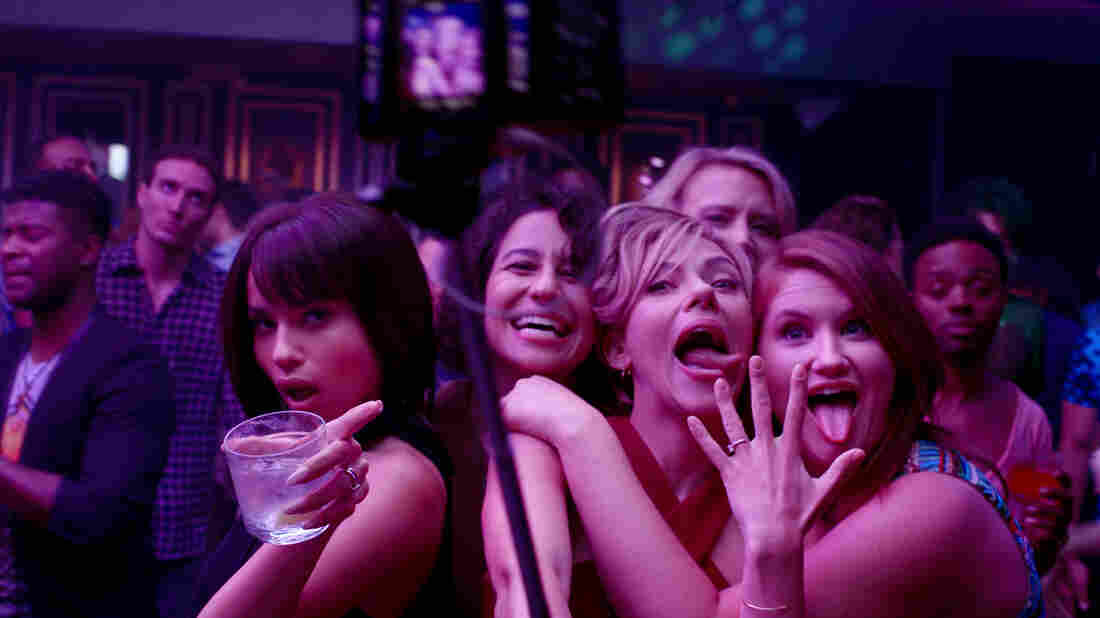 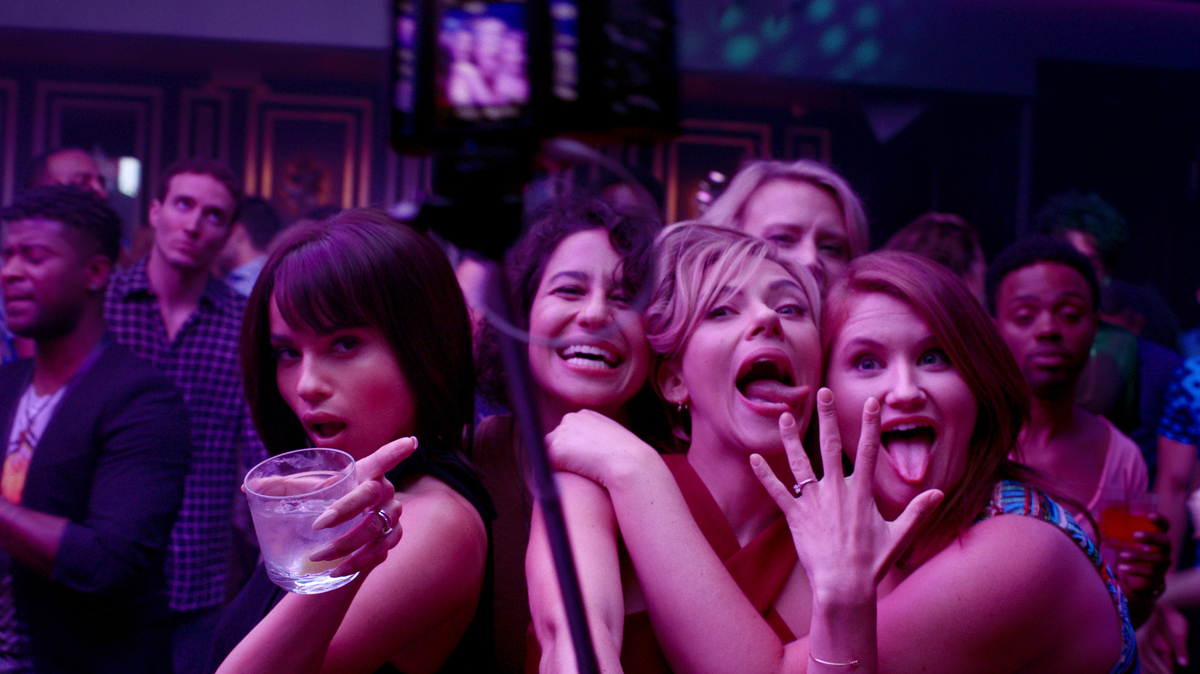 Kate McKinnon plays an Australian in Rough Night, a shrewd gender-reversal of sloppy-drunk bro comedies like Bachelor Party, Very Bad Things, and The Hangover. There's no particular reason for her to play an Australian, beyond a thin running joke about cultural insensitivity of failing to distinguish between Aussies and Kiwis. And yet it's funny. McKinnon merrily swishes her dialogue around the accent and makes her character's jet lag and fish-out-of-water misunderstanding to keep her a beat behind the action, like the caboose of the comedy train. It seems highly unlikely the part was written for an Australian, but her instincts — and the instincts of her co-writer/director, Lucia Aniello --prevailed and the film is funnier because of it.

There are some twists and turns of the plot in Rough Night — twists and turns lifted from all of its predecessors, especially the accidental-killing-of-a-stripper gambit of Very Bad Things — but it's mostly a frantic accumulation of jokes, staked on group chemistry and seat-of-the-pants audacity. In that, it mirrors the crazy, spontaneous progression of the bachelorette party itself, which aims for nonstop euphoria but occasionally strays into regrettable moments when it goes too far or stumbles into awkward patches. Casting a non-Australian to be Australian for no essential reason is the first clue that Rough Night will be going after laughs at whatever random place it can find them. "Fasten your seatbelts," as Bette Davis would say.

Getting the night started turns out to be the toughest part. After an extended prologue establishes the bond between four hard-partying college friends a decade earlier, Rough Night has the laborious task of yadda-yadda-ing through their individual lives before bringing them together for a bachelorette weekend in Miami Beach. A game Scarlett Johansson stars as Jess, a neophyte State Senate candidate who's seen as too uptight to connect with voters, despite an opponent whose behavior is Anthony Weiner-esque. Her buttoned-down life has put some distance between herself and Alice (Jillian Bell), her crass college dorm-mate; her other friends, Frankie (Ilana Glazer) and Blair (Zoe Kravitz), have their own problems, like a former romance that didn't end gracefully.

The strained chemistry among the four friends threatens to sour the film before it even gets started, particularly because Bell is such a dominant presence that the others are deprived of oxygen. But when they get to Miami for Jess' bachelorette party and her newish friend Pippa (McKinnon) enters the mix, the ensemble starts to gain some balance, right in time for a little cocaine bump and involuntary manslaughter to take the evening to another level. When an overzealous Alice accidentally kills a stripper (Colton Haynes), the women decide to cover it up rather than explain the out-of-control coke party that's been raging in their beachside rental home. Meanwhile, Jess' concerned fiancé Peter (Paul W. Downs, who co-wrote the script) is convinced by his buddies to drive nonstop through Florida in adult diapers, kept alert by Red Bull and expired Russian Adderall.

This last detail, which Peter's friend dubs "the sad astronaut," takes its inspiration from the bizarre true story of a former NASA astronaut who drove hundreds of miles in adult diapers to attack her rival in a love triangle. It's also another example of Rough Night committing to an off-the-wall comic idea and going all the way with it. Though Aniello and Downs' script feels like a patchwork of other bachelor-night comedies, with scenes from Weekend At Bernie's tacked on for good measure, they're smart enough to allow for silly digressions to keep the action from getting stale and predictable.

Rough Night isn't satisfied with being the latest in ladies-can-be-raunchy-too comedies, though it does pull a fun role reversal by making Peter's bachelor party a staid affair, with the guys comparing notes at a wine tasting. The setbacks that befall Jess and her friends are not marked as punishment for their sinful behavior, but obstacles for them to improvise their way around, so they can go back to partying some more. Rough Night may be a shameless comedy, but it's also a comedy without shame. There's something liberating in that.