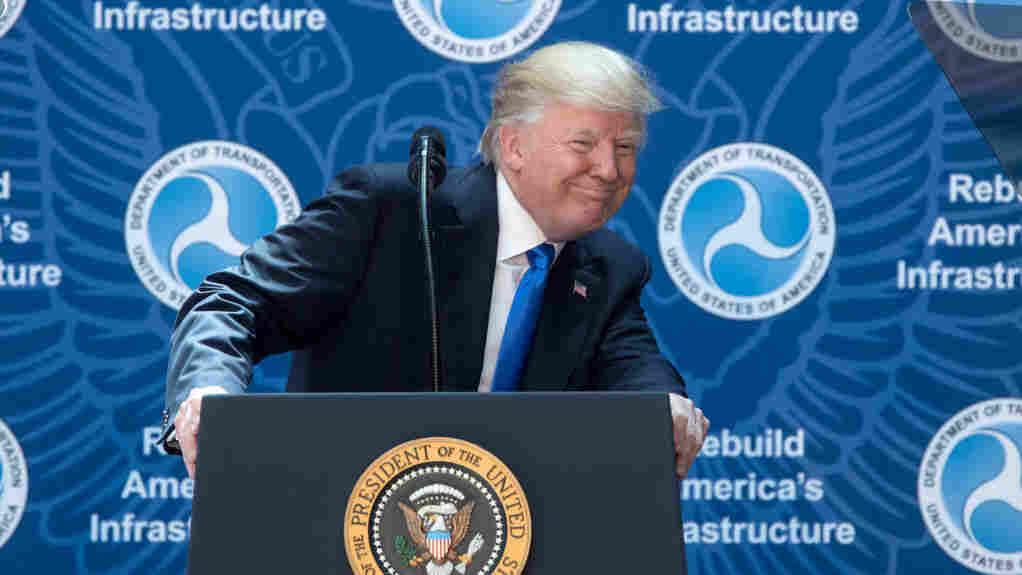 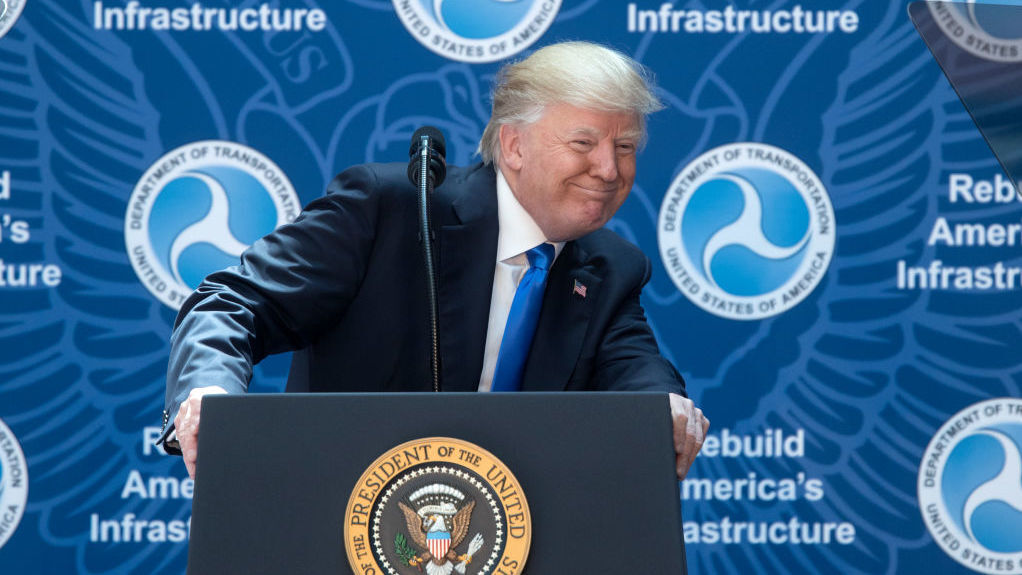 President Donald Trump delivers remarks on infrastructure investment and deregulation at the Department of Transportation on June 9.

What does it mean to make a bill less "mean"? This week, President Trump told Senate Republicans to do just that to their health care overhaul bill, and to also make it "more generous," as sources told the Associated Press. But it appears the White House didn't give much more direction: "the president did not say what aspects of the bill he was characterizing," the AP also reported.

This lack of specificity is a pattern with this White House. Last week, the Trump administration announced a new infrastructure plan, centered around partnerships between the government and private firms. But transportation experts said it left a big question unanswered: what would those partnerships look like?

Before that, the administration outlined a parental leave plan to be administered through the unemployment system. But it wasn't clear: how would the plan be designed?

In April, the White House released a tax overhaul outline, but it was full of holes — even less specific than what it had released on the campaign trail, according to one think tank.

The Trump administration was also set Wednesday to will release a plan on apprenticeships, but that was postponed due to a shooting involving members of Congress, their staff and Capitol Hill Police in suburban Washington. But even when the apprenticeship plan is made public, Washington's policy wonks may only end up with a rough sketch of where Trump is headed on workforce development, given this run of vague policies.

"Vagueness isn't entirely unusual, but it's rare for someone to be vague about almost every policy proposal, and I think that's where we find ourselves today," said Alan Cole, economist at the Tax Foundation, a right-leaning tax policy think tank. "Health care seems to be farthest along, and even there there seem to be question marks and lots of things going back and forth."

Sanders Of Supporter And Alleged Shooter: 'Violence Of Any Kind Is Unacceptable'

"I do think there's a lot more vagueness with this administration," said Aparna Mathur, resident scholar in economic studies at the right-leaning American Enterprise Institute.

"My sense is there's always some uncertainty about how exactly people plan to do things and what the details are," she said. "But I think it is true that given the sort of lack of experience with policy in this administration that this is somewhat unusual."

"I think that it's very unusual," said David Wessel, senior fellow in economic studies at the Brookings Institution, a left-leaning think tank. To be fair, he added that "things are always a bit rough" early in a new presidency. However, he also believes that the sparse detail in Trump's proposals stands apart from other presidents' early policy plans.

Sometimes, vagueness can also signal policy flexibility. This is the case on paid leave, Mathur said. She recently co-authored a report proposing a potential bipartisan paid leave program, and went to the White House to talk about paid leave with Ivanka Trump and others who are working on the issue.

"We had a meeting with the White House last week and they essentially said, 'Look — we are not stuck with doing it this way, so we're very open,'" Mathur said.

Additionally, fuzzy policies can be a political ploy, Cole said.

"Vagueness is a strategy for politicians who realize they have a large enough coalition that specificity would make some in the coalition upset," he said. "Vagueness is also if you want to say you're committed to doing something but you aren't actually committing to doing it."

In his opinion, for example, President Obama's corporate tax plan wasn't fully formed, which to Cole was a sign that the White House was not committed to corporate tax reform.

However, the nonspecific proposals could also stem from one of Trump's most-reported-upon fixations, Cole added: TV news.

"You get the sense that for Trump that negative coverage on television affects him a great deal. That's almost the most important thing to him," he said. Worrying about how things will play on cable news could easily keep a person from taking a hard stand on policy.

"You end up talking vaguely about things that people like, such as infrastructure and tax reform, but shying away from the difficult specifics that could turn the coverage negative," Cole said.

The Trump administration's pattern of policy uncertainty extends beyond proposal outlines. For example, experts pointed out that the president's recent budget seemed to show the administration "double-counting" revenue it says will come from sustained 3-percent economic growth (a rate that many economists also say is unlikely).

In addition, some Trump policies also arguably contradict the budget. For example, the budget will cut money from job training, even as the White House pushes apprenticeships. (Labor Secretary Alex Acosta responded to this criticism by saying "outcomes," not money, is what the administration should focus on. "I want to challenge the assumption that the only way to move policy is to increase government spending," he said.)

The administration did recently show some inclination toward detail — this week, the Treasury unveiled a nearly-150-page financial regulatory reform outline that delved into how a variety of the financial system's byzantine rules could be tweaked.

So does it matter? After all, Congress members are the ones who craft legislation. But when the president's party isn't unified, Wessel said, the president has to have more of a plan, then rally people around it.

"If Republicans in Congress were more unified, they could probably get a lot of things done with the assurance that whatever they put together, he would sign," he said. "But ultimately when the party is divided as it is now...someone's got to come together and knock heads, and someone has to come armed with the detailed knowledge" of what kind of policy will work, he added.

For some policy experts, it could take some time before there's more hard analysis to do. Trump has indicated that he'd introduce a tax plan in September.