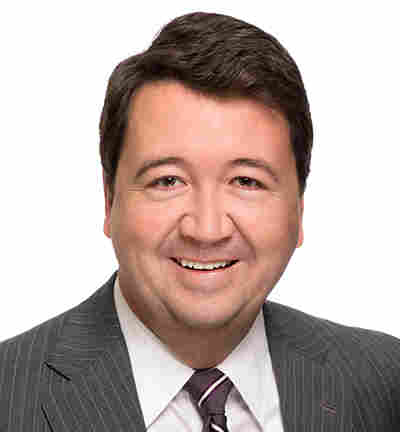 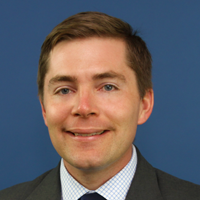 That might be an apt title for the mini-drama that took place Wednesday when two judicial nominees came before the Senate Judiciary Committee, among the first batch President Trump has sent to the Senate for confirmation.

Trump has more than 130 judicial vacancies to fill on the federal courts. The number is unusually large because Republicans blocked dozens of Obama appointees — including uncontroversial ones — in the final years of the Democratic administration. And now the new administration is moving to fill the same seats that were kept open, sometimes for two and three years.

At Wednesday's hearing, the two nominees found themselves trying to explain hundreds of their own blog posts, posts they admitted were "intemperate" and "political." The posts included material ranging from radical rants, to conspiracy theories and false allegations.

The two bloggers took different approaches in their testimony.

John Bush, a Kentucky lawyer nominated to the 6th Circuit Court of Appeals, said he regretted some of his 400-plus posts, all published under a fake name on the political website "Elephants in the Bluegrass."

Bush maintained that none of the beliefs he expressed in those posts would carry over to his conduct as a judge.

Among the posts Bush said he now regrets is one that equated the U.S. Supreme Court's 1857 Dred Scott decision, which upheld slavery, with the Court's 1973 Roe v. Wade decision legalizing abortion. Specifically, Bush called slavery and abortion "the two greatest tragedies in our country."

Questioned by a skeptical Sen. Dianne Feinstein, D-Calif., Bush maintained that he nonetheless would have no difficulty as a judge in upholding Roe.

When Feinstein reminded Bush that he was under oath, Bush replied, "I understand that. My role as a circuit judge is to apply the law of the Supreme Court."

Democrat Al Franken of Minnesota chimed in, asking Bush about blog posts that cited alt-right reports containing conspiracy theories and false information, such as the claim that President Obama was not born in the U.S.

In a testy exchange, Franken pressed Bush on how he decided which sources to rely on for information, pointing to one source which Franken called a "white nationalism" propaganda organ filled with "hate speech."

Bush dodged the question several times, until Franken asked bluntly if Bush "felt free to put posts out that cited sources that you knew were not credible."

"No," Bush replied. "I'm not saying that. I'm saying that as a blogger, I was making political statements."

"Mr. Bush, I've read your blogs," Kennedy said as he stared at the nominee. "I'm not impressed."

Schiff, a senior attorney with the conservative Pacific Legal Foundation in California, is nominated to sit on the U.S. Court of Federal Claims. He has a long record challenging everything from environmental regulations, to health and safety laws, to gay rights laws.

In one of his many blog posts, Schiff called Supreme Court Justice Anthony Kennedy a "judicial prostitute."

Schiff accused Kennedy, who often casts the fifth and deciding vote in closely divided cases, of "selling his vote ... to four other justices in exchange for the high that comes from the aggrandizement of power and influence, and the blandishments of the fawning media."

Schiff only marginally backed away from those words on Wednesday.

"The point of that blog post was not to impugn or malign any person," he insisted, "but rather to attack a certain style of judging that is frequently applauded in the media."

That style of judging, said Schiff, is "based upon factors other than the law or the facts."

"People make mistakes," Tillis said. "I think you've done a good job of explaining the context of your actions."

All the committee's Republicans seemed to agree. Except for Kennedy, who looked disgusted at the end of the hearing, but said he had reached no conclusion about the nominees.

In the unlikely event that Kennedy does vote against either or both of the blogging nominees, that still would leave the committee's Democrats one vote shy of blocking the nominations. And that assumes the Democrats, outnumbered 11 to 9 on the committee, all vote the same way.