Accessibility links
Learning The Lessons Of TV Fatherhood After 20 years as a television critic — and many more as a simple viewer — a reflection on how a kid who mostly grew up without a father learned how to become one himself by watching dads on TV. 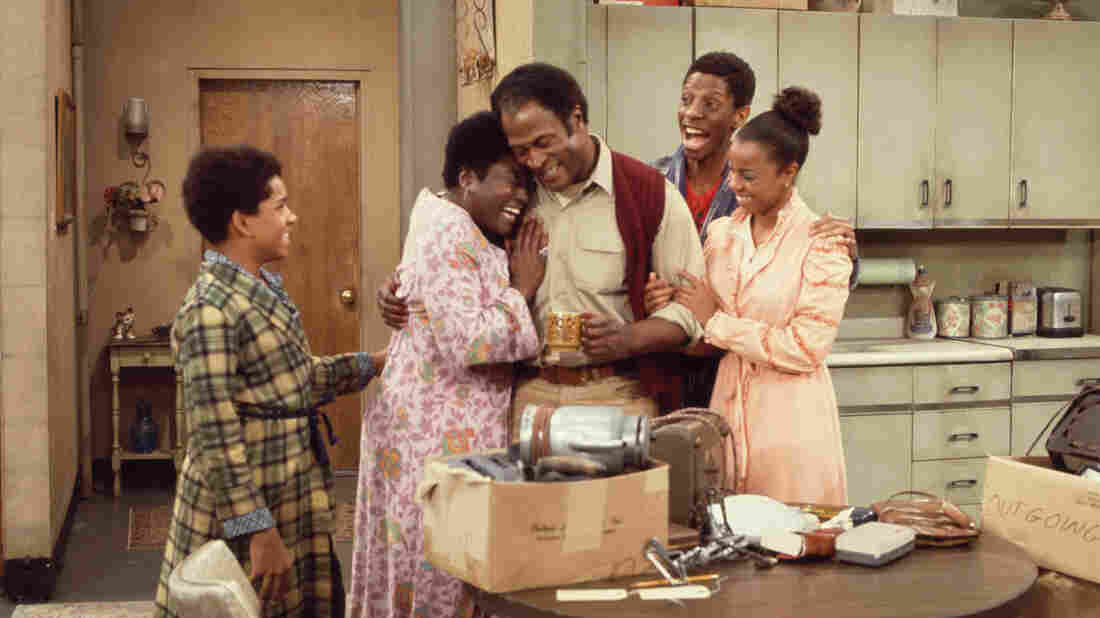 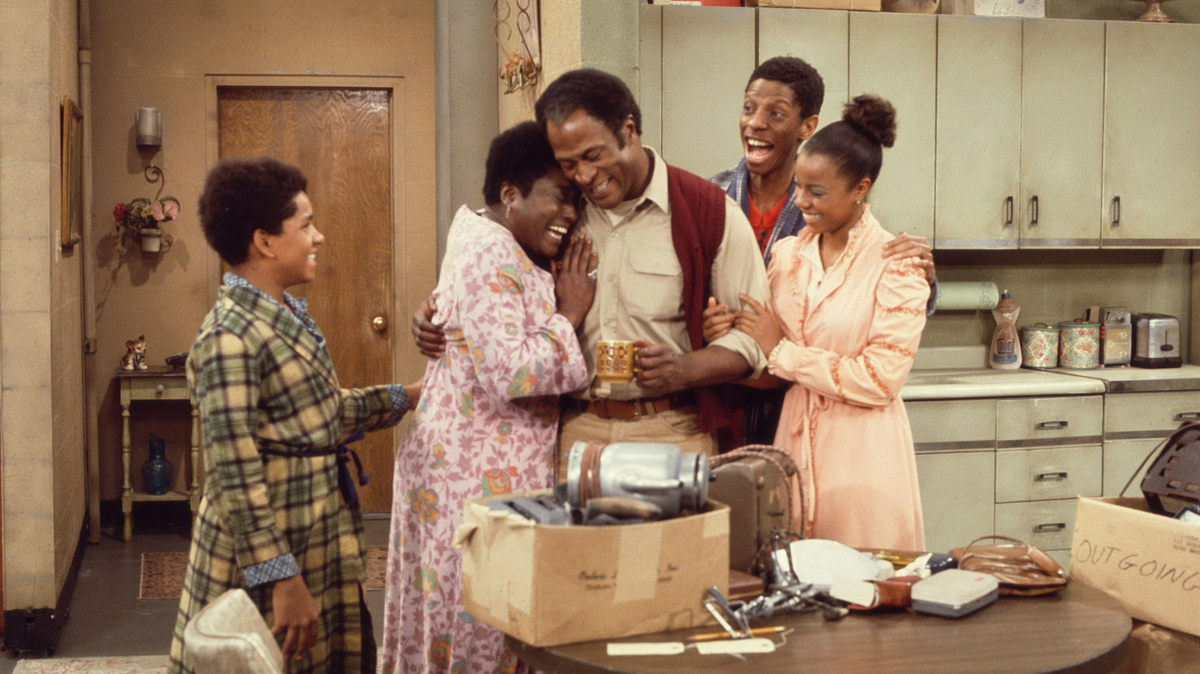 For our critic Eric Deggans, John Amos's performance as the powerful, hardworking dad on Good Times was formative.

It sounds like the title to an awful, self-confessional memoir: Everything I learned about fatherhood, I learned from TV. But, as Father's Day approaches, this TV nerd finds himself reflecting on exactly that, the surprising lessons about fatherhood and parenting that came to me from iconic figures on the small screen.

My own father isn't with us anymore, and I loved him a lot. But he and my mother split before I was born, and during my formative years, it was mostly me and Mom against the world. Any sense of what it might feel like to have a father close by came from the first sitcom with a father who felt like he could live in my world: James Evans on Good Times. These days, when TV shows like Black-ish and Queen Sugar offer lots of different takes on black family and fatherhood, it might be tough to imagine how rare and important it was for a young black kid to see Good Times in 1974.

Any sense of what it might feel like to have a father close by came from the first sitcom with a father who felt like he could live in my world: James Evans on 'Good Times.'

Centered on a poor family living in a Chicago housing project, Good Times featured the kinds of people I had never seen on TV before. And thanks to the insistence of actress Esther Rolle, whose character Florida Evans was spun off from the sitcom Maude to create this new show, the series had a strong father figure.

So it was like looking at a dream to see John Amos as powerful, hard-working dad James Evans — even when he was tough on his kids, like the episode where he challenged youngest son Michael, after he joined a club that seemed to be turning into a gang. "The only reason I let you join this club is because you said it stood for self pride and awareness," he said, after Michael reported the group got in a fight with other neighborhood kids. "But if your club is talking about revenge, it ain't become nothing but a gang and you just quit.

And when Michael objects, James Evans reaches to take off his belt and asks, "You wanna discuss it?"

It's a little jarring now to see how many Good Times episodes there are where James Evans threatens corporal punishment. But he also taught me that real fathers worked hard for their families — and never hesitated to discipline their kids to ensure their respect and obedience.

In those days, I was clueless about what life with a dad might be like. I actually thought married couples slept in two twin beds like on The Dick Van Dyke Show and the early days of I Love Lucy.

And as much as I loved the kindhearted TV fathers like Robert Reed's coolly avuncular Mike Brady on The Brady Bunch, to see characters like the dads in my neighborhood, I had to look to the theater. Specifically, frustrated negro league baseball player-turned-trash collector Troy Maxson in August Wilson's Fences.

James Earl Jones gave a legendary performance as Troy on Broadway in 1987, playing a man warped by hard times who didn't know how to give his son the approval he craved. To Troy, fatherhood is obligation, and good fathers take care of their children because it's their duty. "You live in my house, you sleep your behind in my bedclothes, you put my food in your belly because you are my son, you are my flesh and blood," he thunders. "Not because I like you."

But even though I grew up in a neighborhood filled with Troy Maxons, I wanted a less angry, more emotionally available fathering role model. And I found him in Bill Cosby's Cliff Huxtable — a funny, successful doctor who wasn't chafing under the weight of paying bills or fighting The Man.

In one scene on The Cosby Show, Cliff used monopoly money to show his son Theo how he might struggle financially if he skipped college and got a lower paying job. "I'll take $350 (a month) for taxes," Cliff said, snatching bills out of Theo's hand. "Because the government comes for the regular people first."

Cosby's current trial for aggravated indecent assault shows actors can be very different from who they play on TV. It also ruins the memory of a TV dad who showed how patience and humor could decode the toughest parenting problems.

But beyond the issues in reconciling Cosby's real life with the character he played, there was also more than a whiff of respectability politics in his parenting. Cliff couldn't imagine a future where his son might skip college and succeed in life; a troubling lesson for kids out there who didn't see time at a university as an option.

In raising my own kids, sometimes I've felt a bit like the stereotypical sitcom dad characters on the 1990s.

In raising my own kids, sometimes I've felt a bit like the stereotypical sitcom dad characters on the 1990s, veering between a clueless Homer Simpson and some version of Ray Romano's well-meaning but in-over-his-head Ray Barone on Everybody Loves Raymond.

Still, few depictions of fatherhood have touched me like the ones on NBC's new drama This Is Us. The characters range from Milo Ventimiglia's steady, encouraging father of triplets, Jack Pearson, to his grown up adopted son Randall — who tracked down his biological father in the show's pilot.

I needed more than a few Kleenexes when Randall, played with a determined earnestness by Sterling K. Brown, said goodbye to biological father, William Hill, on his deathbed, reconciling with the man he felt abandoned him at birth.

William, played by Ron Cephas Jones, was a sensitive, caring soul dying of cancer after a life of bad breaks and questionable decisions. "I haven't had a happy life ... a life of almosts and could haves," William told Randall in his final scene. "Some would call it sad, but I don't. Because the two best things in my life, were the person at the very beginning, and the person at the very end."

My dad and I didn't really get that kind of moment before he passed away. But This Is Us did help me accept that good men can make unfortunate choices. And when that happens, forgiveness might be the most important skill any father — or son — can have.