Accessibility links
Trump Reverses Stance On DACA Program, Immigrants Known As 'Dreamers' The Trump administration said Thursday night it would not immediately remove protections from so-called "Dreamers" who were brought to the country illegally as children. 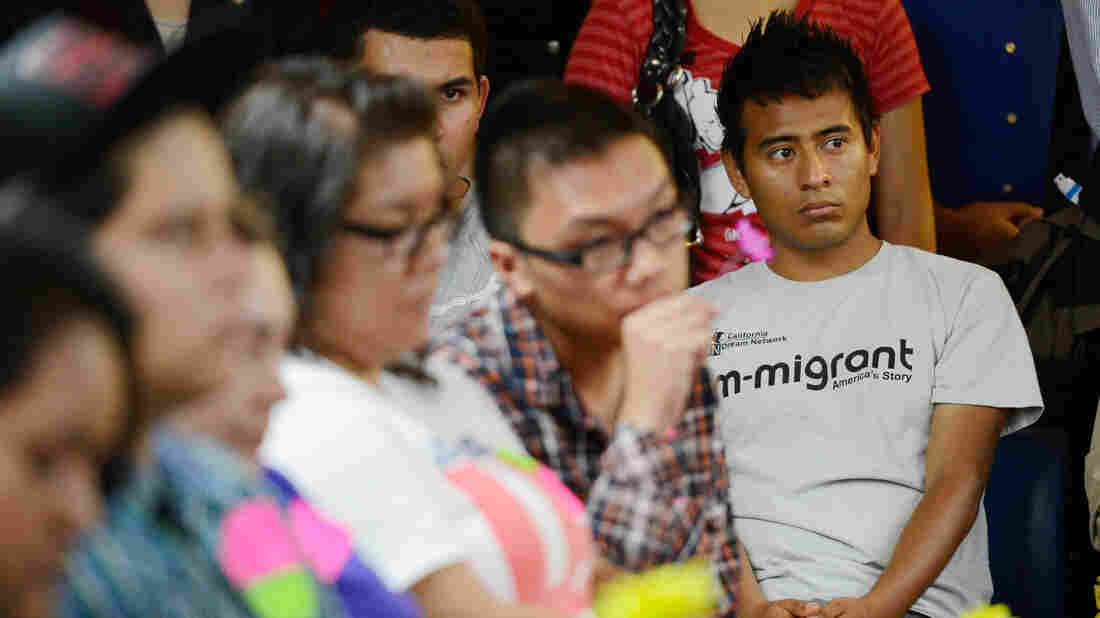 Immigrants who were brought to the U.S. illegally as children, known as "Dreamers," listen to the kick off of the Obama administration's Deferred Action for Childhood Arrivals program in 2012. Kevork Djansezian/Getty Images hide caption 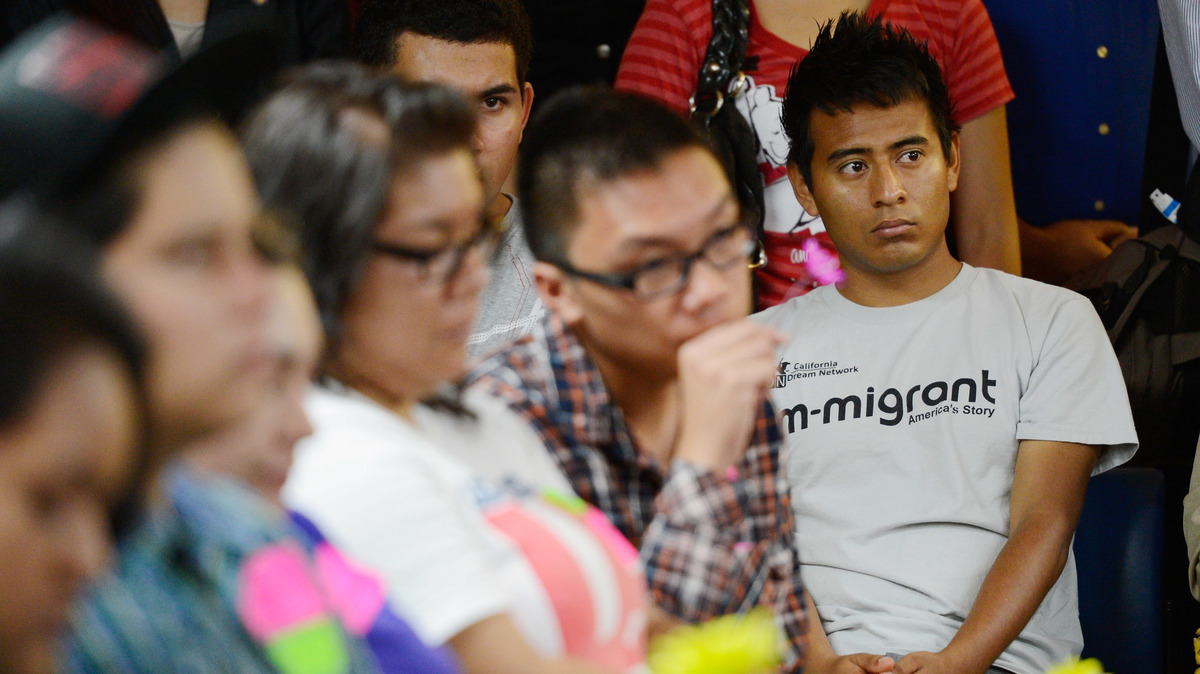 Immigrants who were brought to the U.S. illegally as children, known as "Dreamers," listen to the kick off of the Obama administration's Deferred Action for Childhood Arrivals program in 2012.

President Trump has reversed himself on one key campaign promise on immigration — and kept another.

The Department of Homeland Security says it will preserve, for now, an Obama administration program known as Deferred Action for Childhood Arrivals, or DACA. It's the most explicit statement yet that the Trump administration will not seek to deport the so-called "Dreamers" who were brought to the U.S. illegally as children.

At the same time, Homeland Security Secretary John Kelly officially revoked another program that might have protected some of their parents from deportation.

Newly American 'Dreamers' Are Torn Between Love And Disappointment

Then-candidate Trump promised to get rid of both programs during last year's campaign, saying "we will immediately terminate President Obama's two illegal executive amnesties" during a major immigration speech in August 2016.

But his position on so-called "Dreamers" has been shifting since the election. Here's where it stands now and what that could mean for "Dreamers" and their parents.

1. What did the Trump administration just do?

In a FAQ posted on its web site Thursday night, the Department of Homeland Security says current DACA recipients "will continue to be eligible for renewal," and that DHS will continue to abide by "the terms of the original DACA program" as outlined by the Obama administration on June 15, 2012.

The Obama-era memo, issued five years ago this week, lays out who is eligible for DACA. It's also what protects people who signed up for the program from deportation, and allows them to apply for work permits.

2. Does this go beyond what President Trump had said before?

"I do have a big heart. We're going to take care of everybody," he told ABC. "But I will tell you, we're looking at this, the whole immigration situation, we're looking at it with great heart." Trump suggested that a new DACA policy would be forthcoming, but did not clarify what it was.

3. Is this a victory for immigrant rights activists?

Not exactly. It's clearly a relief for some of the roughly 800,000 people who've signed up for DACA. As the fifth anniversary of the program approached, there were fears that the Trump administration might abolish it altogether.

"It is an important win for those 800,000 individuals," says Muzna Ansari, immigration policy manager at the New York Immigration Coalition. "But in the grand scheme of things, there are 11 million undocumented immigrants living in this country, who have really been living in fear" under the Trump administration.

4. How do President Trump's supporters feel about it?

Some are deeply disappointed. Others are willing to give the president the benefit of the doubt because his administration has been aggressively cracking down on illegal immigration across the board.

"He broke the DACA promise," says Dan Stein, president of Federation for American Immigration Reform, which advocates for lower immigration levels. "Are we happy about it? No," Stein said. "We think they should have allowed the work authorizations to expire. End of story, full stop."

But Stein is taking the long view. He says the White House may want to use the DACA program as a bargaining chip in negotiations with Congressional Democrats on a broader immigration reform package.

DAPA is shorthand for Deferred Action for Parents of Americans and Lawful Permanent Residents. It's another Obama-era program that would have extended protection from deportation even further. It was designed for the parents of U.S. citizens and legal residents who were themselves living in the U.S. illegally.

But it was quickly blocked by the courts, and never implemented.

DHS officially revoked DAPA on Thursday. But that was not a big surprise, since no one expected the Trump administration to defend the program in court, as the Obama administration had.

6. Is this a final decision on the future DACA?

The White House and the Department of Homeland Security have been emphasizing that this is not a permanent decision, and that president could still change his mind and revoke that program, too.

But for now, the administration continues to accept new DACA applications. And DHS says that "no work permits will be terminated prior to their current expiration dates."