Accessibility links
'Maudie' Made Such Joyful Art, You'd Never Guess How Tough She Had It The film tells the true story of Maud Lewis, a woman from a small town in Nova Scotia, who, with no formal training, became one of Canada's most celebrated folk artists.

'Maudie' Made Such Joyful Art, You'd Never Guess How Tough She Had It 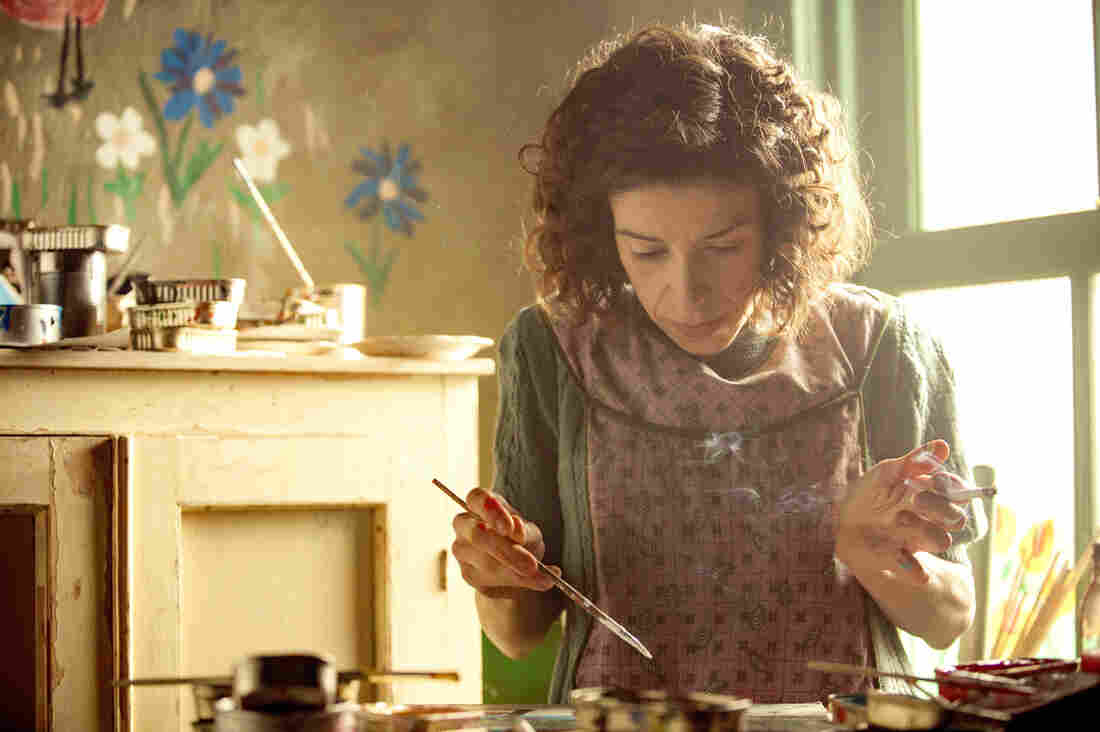 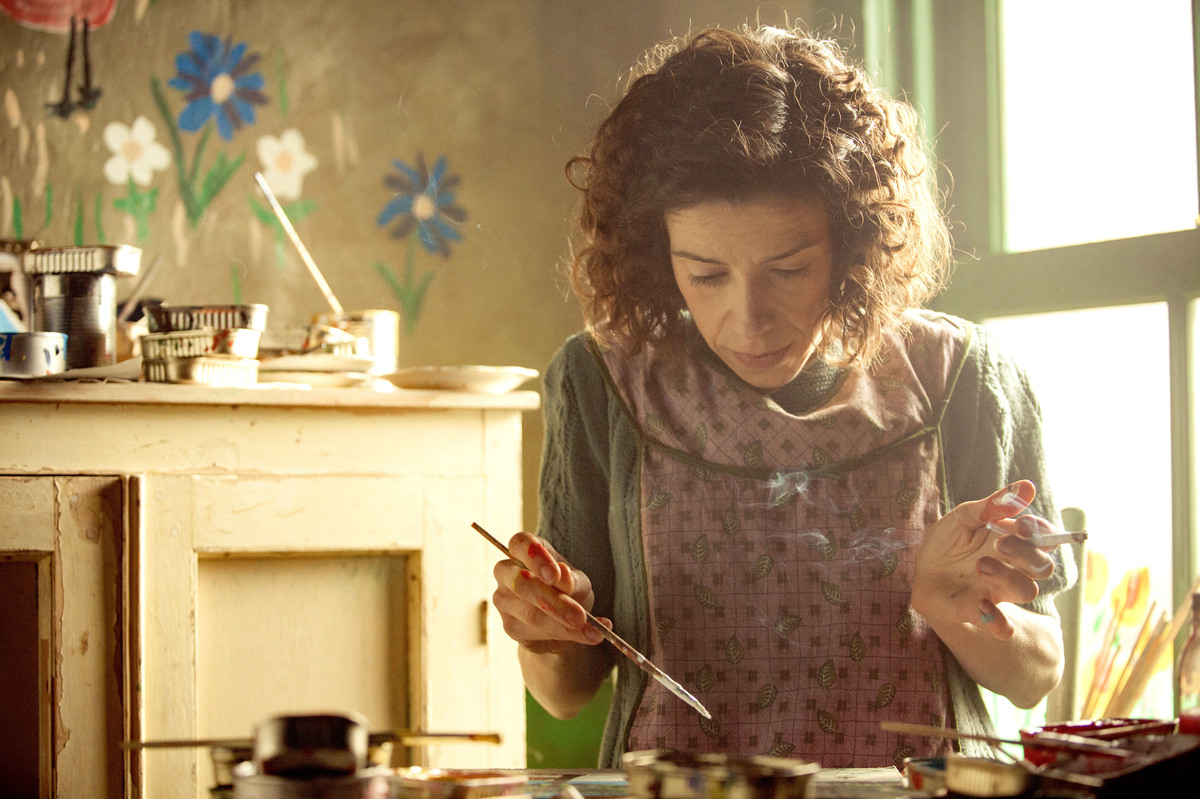 Sally Hawkins stars in Maudie, the true story of Canadian folk artist Maud Lewis, who painted cheerful scenes on whatever materials she could find.

Maudie is the largely true story of a Canadian painter whose work was so exuberant, you'd never guess at the difficult life she lived. In her 30s when we meet her, Maud is tiny, bent of frame, fingers crippled by juvenile rheumatoid arthritis.

As played by a plucky Sally Hawkins, she has been treated all her life as if she were a child. Which is precisely what her brother does, when he tells her she's going to have to stay with their Aunt Ida, now that he's sold their house out from under her. 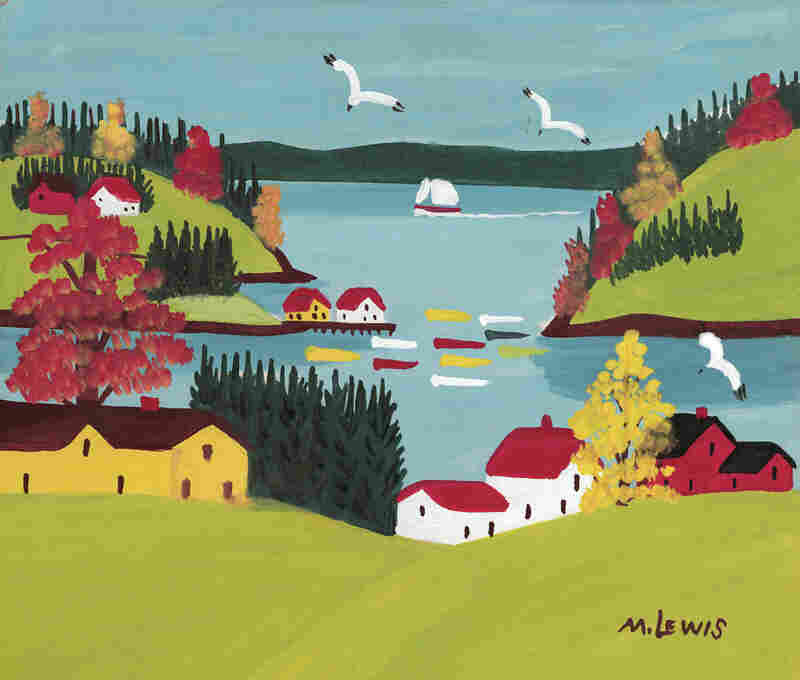 Lewis painted the scenes she saw around her home in Nova Scotia. Click here to read more about the real life artist who inspired the film. Art Gallery of Nova Scotia hide caption 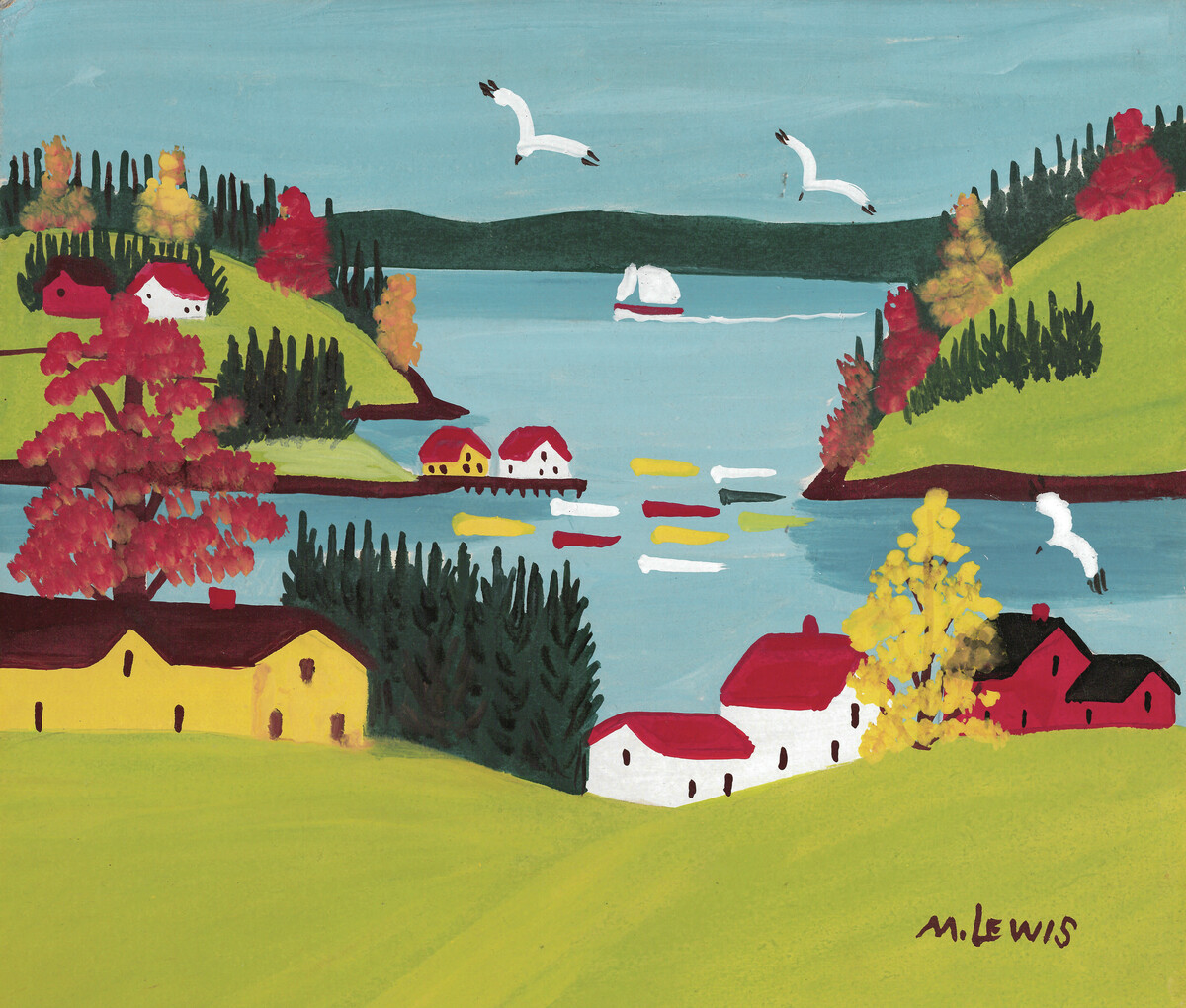 Lewis painted the scenes she saw around her home in Nova Scotia. Click here to read more about the real life artist who inspired the film.

"You can't look after yourself," he snorts.

It's easy to see why he, and indeed their fellow Nova Scotians in the tiny seacoast town of Digby might underestimate Maud. She walks with a limp, talks tentatively. But she's far from helpless. When the town eccentric — a wizened 40-something fellow named Everett Lewis — comes into the general store looking to post an advertisement for a live-in housekeeper, she spies an opportunity.

His ad's barely up before Maud has grabbed it and started walking miles to Everett's place. Played by an almost unrecognizable Ethan Hawke, this curmudgeonly fish-peddler is seriously anti-social after growing up in an orphanage (he still takes his meals there). He lives in a 10-by-12 foot wooden shack, and appears genuinely startled when Maud shows up on his doorstep, negotiates a tiny pittance of a salary and starts cleaning and cooking for him. It's almost as if he never quite imagined what he was asking for.

Though he bridles at this, Maud also starts adding color to things around the house using leftover house paint she finds outside. First a shelf turns turquoise, then purple birds appear on the walls, then flowers bloom on the windowpanes.

"Who told you you could paint fairies on the wall?" growls Everett.

"Not fairies, they're birds. You did," Maud replies. "You said make the place look all right. I think it looks all right."

Home Is Where The Art Is: The Unlikely Story Of Folk Artist Maud Lewis

They're quite the pair — Maudie crabbed, Everett crabby. Still, there's something about this couple on screen that kind of works, partly because Hawkins and Hawke are remarkable together, and partly because director Aisling Walsh and screenwriter Sherry White let them make much of small things: The looks on their faces, say, when she starts popping bright, cheerfully painted cards in with his bills, and a New York visitor offers to pay more for her card than for his fish.

The world didn't give this woman much, but then, not much was required to make her happy — just a window to look out at the world.

"The whole of life," she smiles, "already framed."

Maud's life was constricted, but her gaze was expansive. And so is her movie.