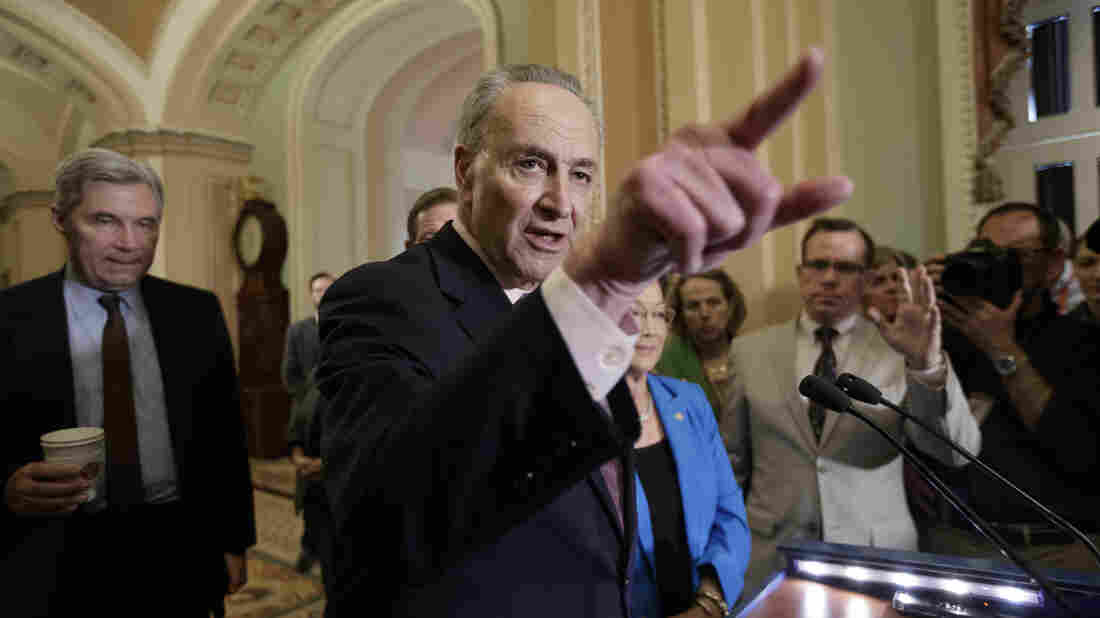 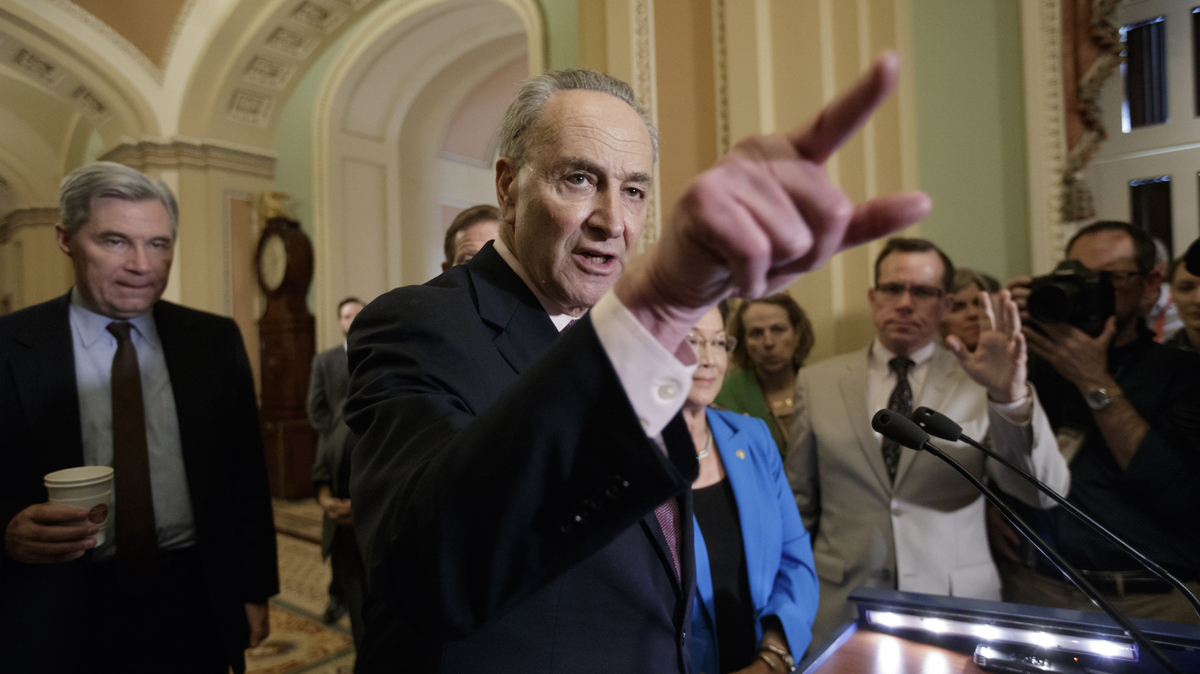 The Republican effort to overhaul the Affordable Care Act, or Obamacare, has led to a standoff in the Senate.

Senate Democrats on Monday night began using parliamentary maneuvers to slow Senate business as part of a coordinated protest against the GOP push to pass an Obamacare replacement bill. A small group of Republican senators has been working in private for weeks, shielding from public view the bill and the negotiations surrounding it.

In a show of frustration with what they deem the GOP's "shameful" and "secret" legislative process, Democrats on Monday also held the Senate floor with a series of back-to-back speeches.

"If Republicans are not going to allow debate on their bill on the floor or in committee, Democrats will make opportunities to debate," said Senate Minority Leader Chuck Schumer, speaking Monday on the Senate floor. "And these are merely the first steps we're prepared to take in order to shine a light on the shameful Trumpcare bill and reveal to the public the GOP's backroom deal-making."

Liberal activists cheered on social media as Schumer forced McConnell to object to a motion to hold public hearings on the health care bill, and then pressed the Republican leader to commit to 10 hours of open debate.

WOW: @SenateMajLdr blatantly refuses to give senators more than 10 hours to read & amend Obamacare repeal bill (that we have yet to see!) pic.twitter.com/0rToMLll3g

Senate Democrats, in taking action Monday, are inserting themselves into a process that has excluded them by design. Democratic lawmakers are also responding to growing pressure from progressive activists who have been calling for more aggressive opposition. Members of the Democratic base have expressed concern that Republicans are moving forward with their health care bill while attention has been focused elsewhere — namely on the Russia investigations.

Some Republicans are also out of the loop

It's not just Democrats who have been left out of the health care deliberations. Many Republican senators have seen little more than an outline and a Power Point summary of the Senate health care legislation that is being drafted.

"It's not unusual, especially for a big bill like this. It's okay that the drafting is happening behind closed doors," Tommy Binion, a congressional liaison at the conservative Heritage Foundation, told NPR's Morning Edition.

While GOP senators aren't objecting to the process as vehemently as Democrats, a number of Republicans, including Sen. Marco Rubio, R-Fla., say the health care legislation should eventually be subject to open debate.

"If it's an effort to rush it from a small group of people straight to the floor on an up or down vote, it'll be a problem," Rubio said Sunday on CNN's State of the Union.

McConnell: "Nobody is hiding the ball here"

The Republican health care bill could be voted on as early as next week – ahead of the July 4th recess — without any committee hearings or public input. For his part, Senate Majority Leader Mitch McConnell is defending the closed health care talks.

"Nobody is hiding the ball here," McConnell, R-Ky., told reporters last week. "There have been gazillions of hearings on this subject when [Democrats] were in the majority, when we were in the majority. We understand the issue very well and we are now coming up with a solution."

Republicans contend the secret Senate negotiations give them time and space free from scrutiny to hash out the significant and serious differences among themselves over contentious issues, such as phasing out Medicaid expansion and determining the plan's coverage requirements.

Democrats say the closed talks are a tacit acknowledgment by Republicans that their efforts are unpopular.

While the Senate is crafting its own legislation, the House-passed American Health Care Act is viewed unfavorably by a majority of Americans – 55 percent – compared with 31 percent who viewed it favorably, according to a Kaiser Family Foundation poll released in May.

What's more, the Congressional Budget Office estimated that the House health care bill would result in 23 million fewer people with insurance in a decade, and it would leave many sicker and older Americans with much higher costs.

Republicans eager to move on from health care

Still, Senate Republicans badly want to take up other priorities such as overhauling the country's tax code.

"We've been debating Obamacare's failures and what to do about them for so many years now," McConnell said Monday on the Senate floor. "Members are very, very familiar with this issue. Thankfully, at the end of this process, the Senate will finally have a chance to turn the page on this failed law."

Any legislation the Senate passes would head back to the House for consideration before President Trump can sign it into law.