Accessibility links
Trump May Have A Lot Of Money, But Documents Show He Owes A Lot, Too Over the years, the president has had an up-and-down relationship with big commercial lenders. But while in the Oval Office, he could find himself in a conflict of interest with any amount of debt. 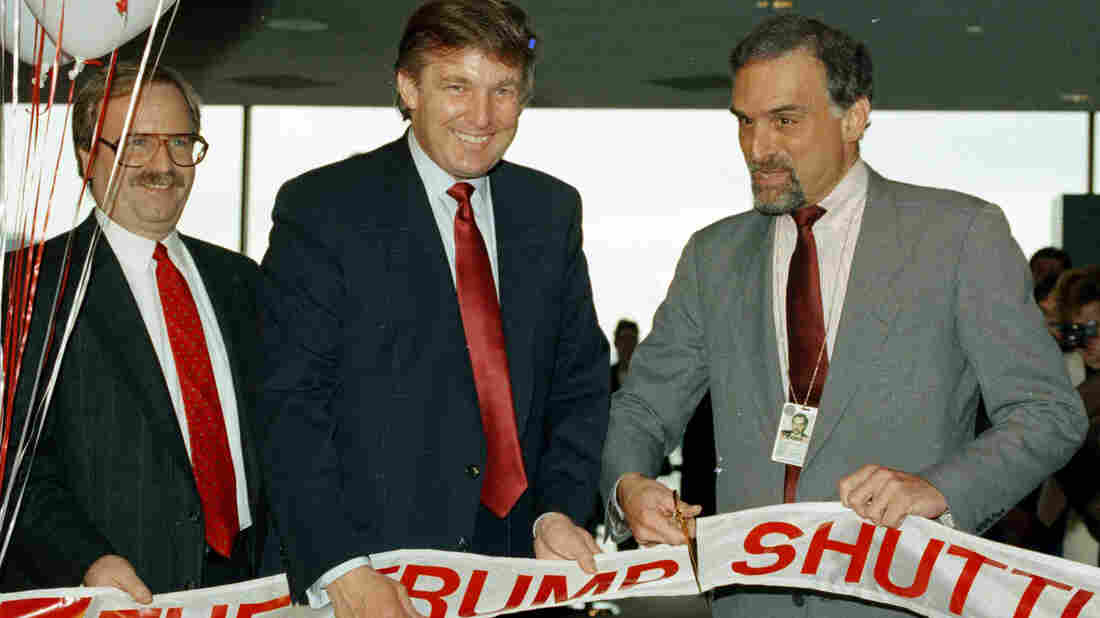 Back when commercial lenders were eager to do business with him, Donald Trump briefly operated an airline. In this 1989 picture, Trump attends a ribbon-cutting for the venture at Boston's Logan International Airport. Elise Amendola/AP hide caption 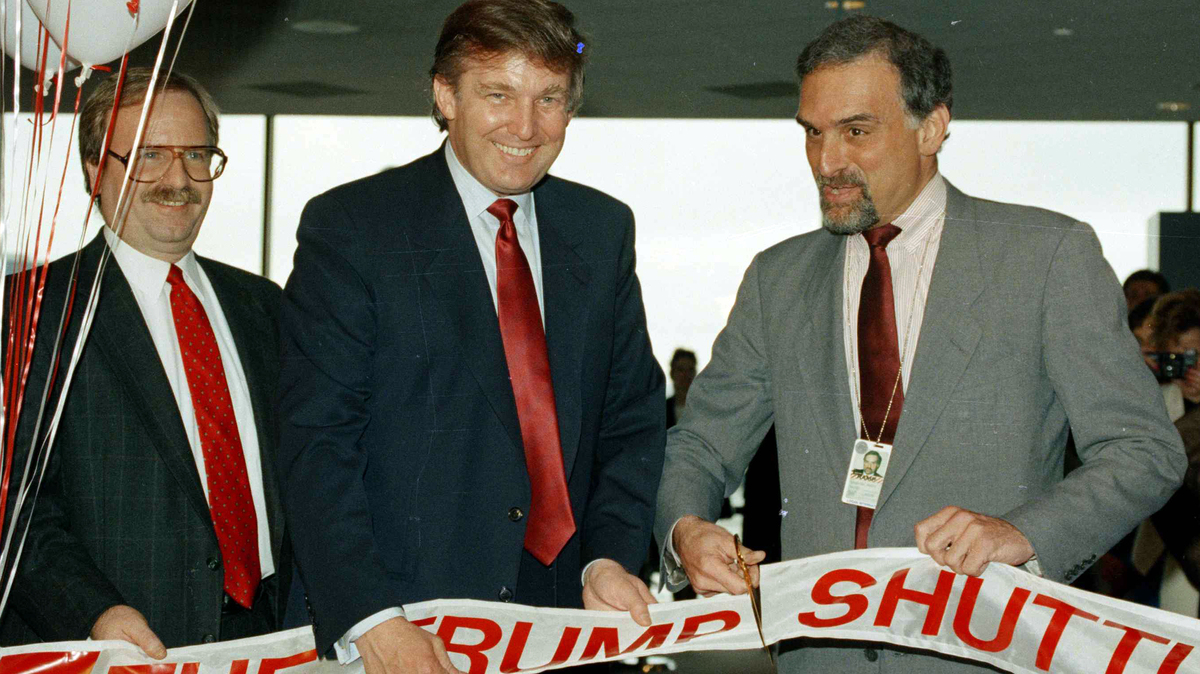 Back when commercial lenders were eager to do business with him, Donald Trump briefly operated an airline. In this 1989 picture, Trump attends a ribbon-cutting for the venture at Boston's Logan International Airport.

Although President Trump has had a troubled relationship with big commercial lenders over the years, financial disclosure forms filed recently suggest he is still able to borrow money when he needs it.

While Trump's debts appear to be easily outweighed by his assets, government ethics experts say any sizable debt represents a potential conflict of interest for a president.

"It's so profound that, actually, when I was working for President Obama, we wouldn't even let him refinance his modest home in Chicago because of the appearance of conflict," says former White House ethics adviser Norman Eisen, currently a fellow at the Brookings Institution.

Trump has had an on-again, off-again relationship with major lenders, alternating periods of lavish borrowing with bankruptcies.

When he first emerged from Queens in the 1970s, eager to make a splash in the Manhattan real estate world, his father, Fred, a well-connected developer, was able to co-sign loans for some of his first projects.

"He was the gravitas, the guarantor, the force behind Donald [Trump], when Donald was still untested enough to need that kind of backing," says Gwenda Blair, author of The Trumps: Three Generations of Builders and a President.

By the mid-1980s, after the construction of Trump Tower, the future president was becoming something of a household name, and banks were eager to lend him money. Trump went on a spending spree, buying casinos, an airline and even a football team.

"The banks were lined up to loan him money (but) did not really do due diligence. A lot of this was unsecured loans to [Trump] directly. And the banks were extremely reckless," Blair says.

Many of those banks would come to regret their ties to Trump. Within a few years, large parts of Trump's financial empire came crashing down, and Trump filed for bankruptcy for the first time in 1991.

During long, contentious negotiations with Trump, bondholders were forced to take big losses on their investments. They had no choice, Blair says. Although lenders could have seized Trump's properties, they needed the Trump brand name.

"They wanted his name on the buildings because he still had this kind of allure. So he was too big to foreclose on," Blair says.

During a campaign debate last year, Trump urged people not to shed many tears for his creditors, saying, "These lenders aren't babies. These are total killers."

The dislike is mutual. After Trump's first bankruptcy, major banks grew considerably more skittish about doing business with him.

Lenders tend to look askance at borrowers who have a history of walking away from debts too quickly, says economist Sam Chandan, who is the Larry & Klara Silverstein chair of New York University's Schack Institute of Real Estate. They also avoid borrowers whose exploits can generate bad press.

"When underwriting some of these very large loans with very visible borrowers, there is an element or the possibility of headline risk," Chandan says.

To borrow money, Trump has had to turn to smaller and less conventional sources of capital, such as Ladder Capital Finance, a New York real estate investment trust that holds mortgages on several Trump properties. Ladder doesn't keep the mortgages it issues and instead packages them into securities and resells them to other financial institutions. It therefore has somewhat more freedom to take risks with its customers than more heavily regulated banks.

More troubling is Trump's relationship with his other major lender, Deutsche Bank Trust Company Americas, a subsidiary of the giant German bank, says Eisen of the Brookings Institution.

Deutsche Bank Trust Company Americas is in talks with the federal government over various financial irregularities and faces big potential fines over its handling of mortgage-backed securities. Like other big banks, it will be affected by Trump's vow to overhaul bank regulations.

"Here you have one of the world's largest financial institutions, Mr. Trump's principal lender, whom he owes many, many millions of dollars to, that creates a conflict that cuts across Mr. Trump's job as president, " Eisen says.