Accessibility links
Sherman Alexie Says He's Been 'Indian Du Jour' For A 'Very Long Day' Alexie is excited for a new generation of Native American writers to come on the scene, "so I don't have to answer all the questions," he says. His new memoir is You Don't Have to Say You Love Me. 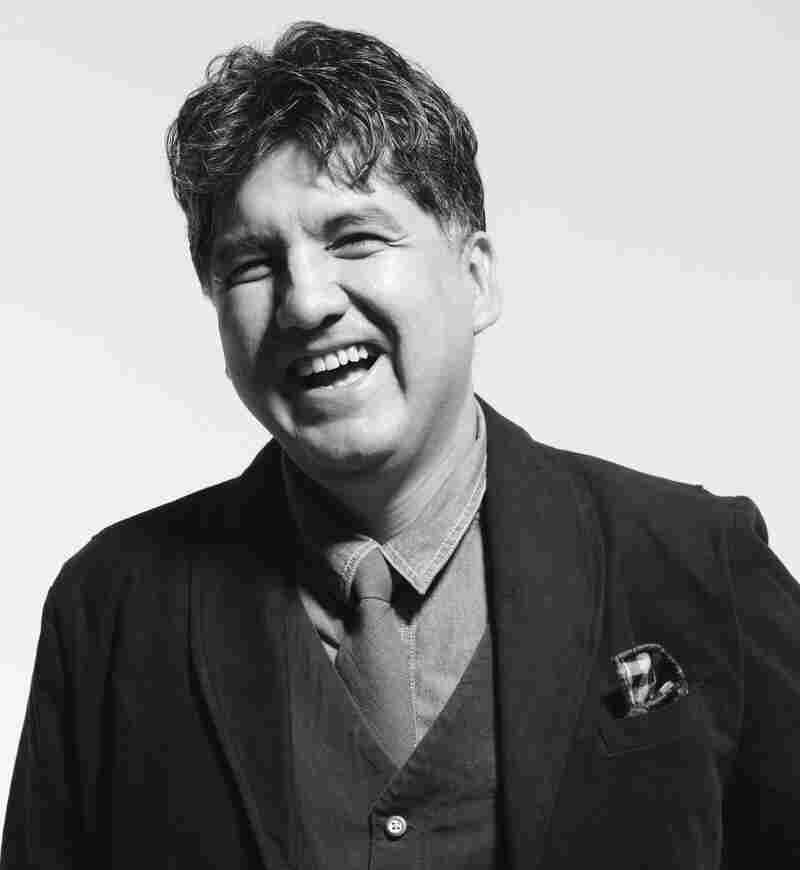 "When you tell the truth, it's naturally going to offend people afraid of the truth, afraid of what the truth might force them to do," says writer Sherman Alexie. Lee Towndrow/Little, Brown and Company hide caption 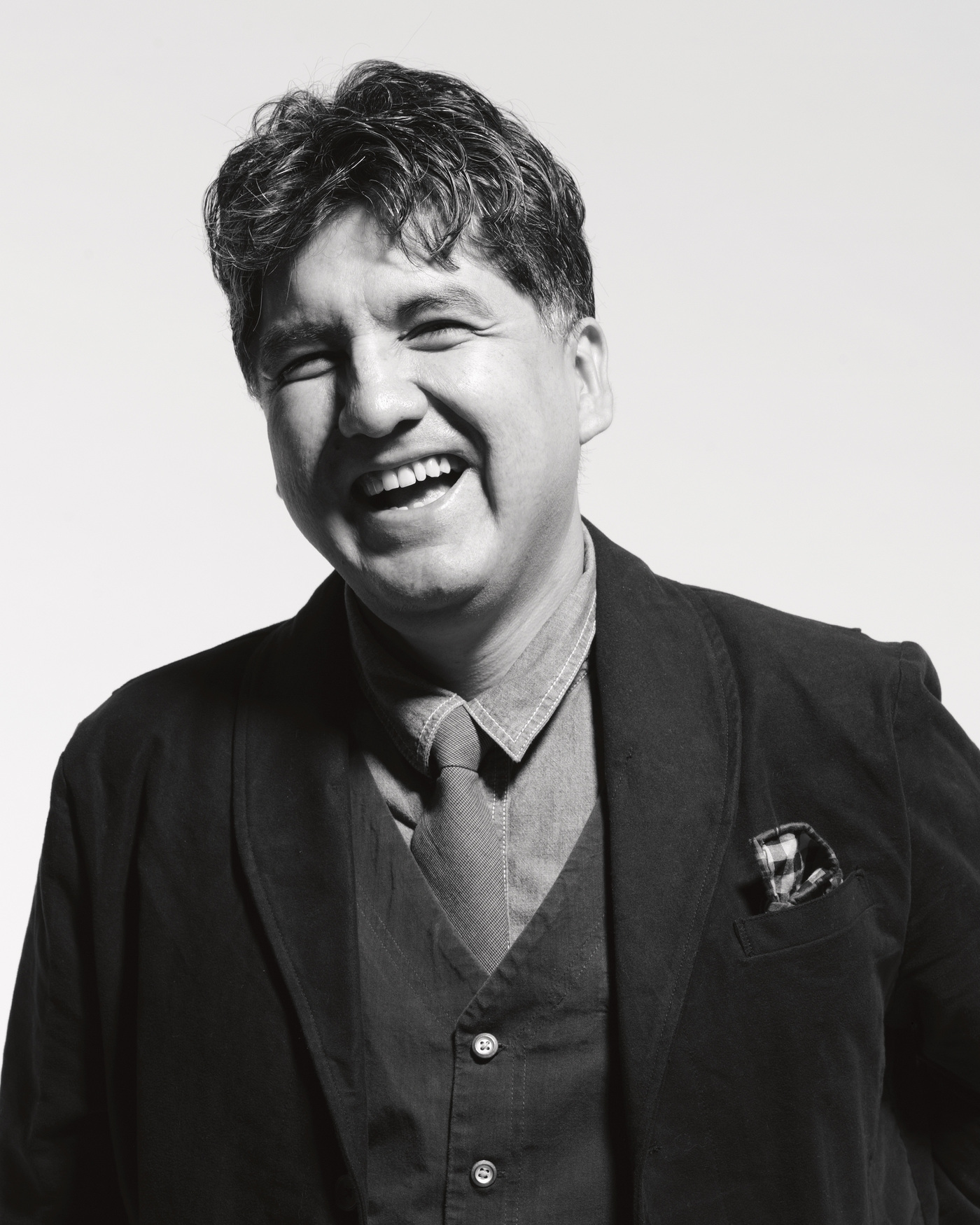 "When you tell the truth, it's naturally going to offend people afraid of the truth, afraid of what the truth might force them to do," says writer Sherman Alexie.

On his first day in the seventh grade, Sherman Alexie opened up his school-assigned math book and found his mother's maiden name written in it. "I was looking at a 30-year-old math book," he says — and that was the moment he knew that he needed to leave his home.

Alexie grew up on the Spokane Indian Reservation in the state of Washington. His mother was one of the few people who could still speak the native language, but she didn't teach it to him. In his new memoir, You Don't Have to Say You Love Me, he describes growing up surrounded by poverty, alcoholism and violence.

"I knew — because of my race, and my class, and rural geography ... all these forces that crush all sorts of American kids, crush their hopes and dreams — I knew I had no chance unless I left and went to a better school," he says.

The reservation school, Alexie explains, not only wasn't preparing him for college; it wasn't even preparing him to think about college. Eventually, he found his way to college and became an award-winning writer. He received the PEN/Faulkner Award for his short story collection The Lone Ranger and Tonto Fistfight in Heaven, and the National Book Award for Young People's Literature for The Absolutely True Diary of a Part-Time Indian.

Alexie says he came of age as a writer during a "golden era" of Native American literature. He remembers a very active period of publishing for dozens of Native American writers all across the country. More recently though, he's seen a "fallow period."

"There was more going on in Native American literature in 1991 than there is now," he says. "I kept making the joke about being 'Indian du jour, and it's been a very long day.' "

He's hoping that, with the emergence of new writers, some of whom he's taught and mentored, the sun is setting on that very long day. 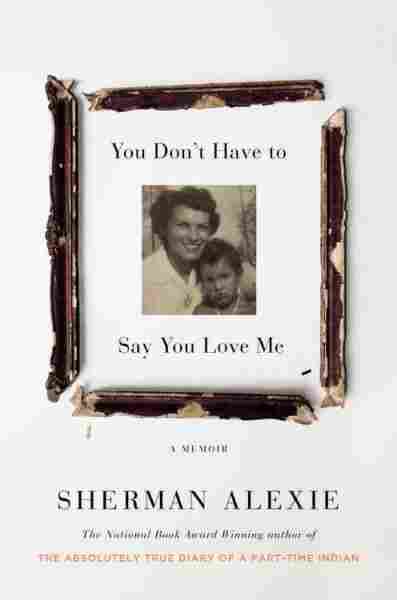 You Don't Have to Say You Love Me

On the legacy of a very difficult childhood

I've been sober now for 26 years, but I am bi-polar, I do have Post Traumatic Stress Disorder. A recent study from Johns Hopkins studying reservations found that Indian children on reservations have the same rate of PTSD as combat veterans. So I imagine if they did that study in poor white communities or other poor minority communities they'd find the same sort of numbers.

On being bullied as a kid

When you grow up in a warrior culture, an extremely masculine culture, tears can be seen as a sign of weakness. ... Any surrender, any conceding of anything can also be seen as a sign of weakness. I've always been a rather androgynous, emotional person, so my emotional state, my androgyny — I was more androgynous as a youth than now — but I think all of that combined to make me a target.

It wasn't just the influence of tribal cultures, it was the assimilation into fundamentalist Christianity, which is even more warrior culture, even more honor culture, and even more suspicious of difference. So I was getting bombarded not only by the more fundamentalist aspects of my tribe, but the more fundamentalist aspects of our assimilation into Christianity. So that was going on all around us, and, in fact, in second grade we had this ex-nun teacher who put us into stress positions as torture.

On learning that his mother was conceived by rape

She told me that in my teen years as I was going to school off the reservation, as I was preparing for a life off the reservation, as I was preparing to become this person I am now. Looking back, I think it was my mother's highly dysfunctional way to tell me, to warn me, about what a man can be ... hoping that I would become a good man, a man who treated women with respect. A man who honored women and their power, and a man who would not become a criminal. I think it was her highly dysfunctional version of the sex talk.

On the book's title, taken from the Dusty Springfield song

My mom sang a lot and she was always singing the songs on the radio. ... Music filled my childhood, as it does with a whole bunch of folks. So I looked at my birth year and I thought, "What songs would my mother have been singing in my birth year?"

I looked through the songs and I hit on Dusty Springfield's song ["You Don't Have to Say You Love Me"], which of course I've heard, everybody's heard, everybody knows. Somebody called that the most heartbreaking love song of all time, and I don't disagree. ... I mean, sitting here right now I can't remember a specific instance of [my mother] saying "I love you." Nothing is coming to mind, and not from my father either.

On being influenced by white medical professionals as a child

I was imprinted by white college graduates, I was like a little duckling following these white doctors and nurses who were wondering, 'What's this strange feathered creature following me?'

Sherman Alexie, on spending a lot of his formative years in hospitals

I had brain surgery when I was a kid, and I spent most of my first seven years of my life off the reservation, in and out of hospitals, for speech therapy, physical therapy, occupational therapy, so it ended up being as a toddler that my primary peer group was white, adult doctors, nurses, social workers, therapists, nuns, priests at the Catholic hospitals, so you become who you're with.

So in those early formative years, I was primarily influenced by all these obsessive-compulsive workaholic white people who had gone to college. So I was imprinted by white college graduates, I was like a little duckling following these white doctors and nurses who were wondering, "What's this strange feathered creature following me?"

On the moment he woke up after a recent brain surgery

It's been, I guess, 19 months since surgery, and whenever I even ponder that question, as I am pondering it now, I start to cry. Waking up after surgery is the greatest moment of my life. It made me realize despite all the trauma, despite all my past and current mental illnesses, despite any pain that I have, that my life as I've constructed, as it has been constructed around me and for me, is something amazing, and I'm grateful for that. I'm grateful to be an indigenous man married to an indigenous woman with indigenous children in 21st-century United States. I am happy to be here, despite everything. That feeling has made me a slightly different person.