Accessibility links
Heat Wave Is Grounding Airplanes And Bringing Out Rattlesnakes Parts of the Southwest and West are suffering through excessive heat, which is bringing problems beyond sweating and bad hair. 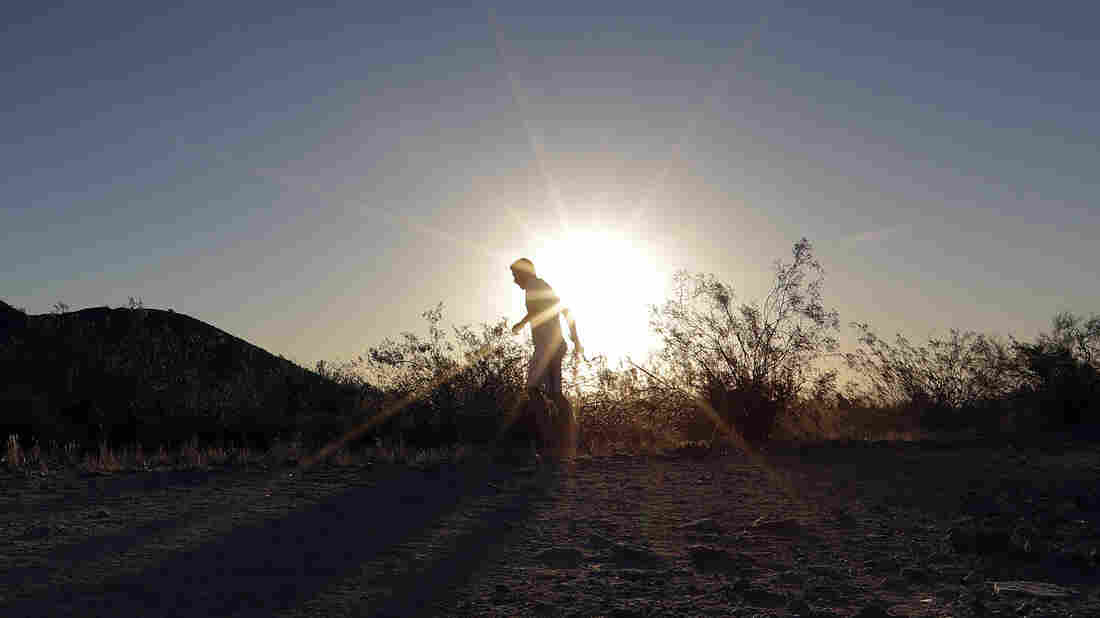 A man runs through section of South Mountain Park at sunrise to avoid the excessive heat in Phoenix. Matt York/AP hide caption 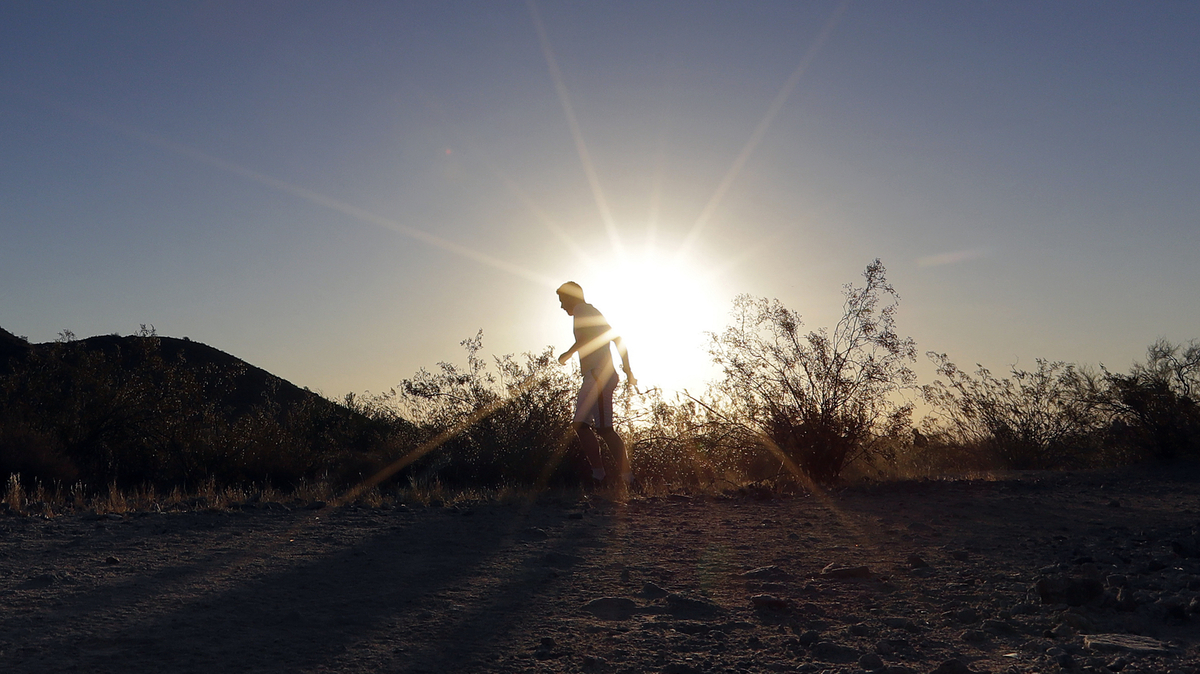 A man runs through section of South Mountain Park at sunrise to avoid the excessive heat in Phoenix.

Parts of the Southwest and West are suffering through a heat wave, which is bringing problems beyond sweat and bad hair. Here's what's happening:

Nearly 50 flights were cancelled in Phoenix on Tuesday, as NPR's two-way blog reported. In Las Vegas, some airlines changed flights to take off in the morning when it's cooler.

It's Too Hot For Some Planes To Fly In Phoenix

Why are planes grounded? As the Arizona Republic explained, the hotter it is, the more speed a plane needs to lift off. Planes may not be able to go fast enough on take off in limited runway space. Also, some regional flights have a maximum operating temperature of 118 degrees, which Phoenix topped on Tuesday.

In temperatures this high, asphalt can reach 140 or 160 degrees, says Paul Iniguez of the National Weather Service in Phoenix.

"That's hot enough that if you trip and fall, or something happens and you find yourself on the road, it can cause burns instantly, just from touching that," Iniguez told NPR's Morning Edition.

People who are homeless are also at risk — shelters are distributing blankets to protect those sleeping on the streets from burning on the asphalt.

Pets can also burn their feet on the ground. A PetSmart in a Phoenix suburb distributed free booties this week to protect pets' paws from hot pavement, the AP reported.

Maricopa County, Ariz., which contains Phoenix, had 130 heat-related deaths last year, U.S. News reported, and emergency rooms are preparing for an onslaught during this heat wave.

As with any heat wave, officials caution that body temperatures can rise quickly and lead to sickness or death. Even when temperatures cool down to the low- or mid-90s, experts say the heat index could still reach dangerous levels.

People over 65, children, people with medical conditions and people who play or work outdoors are at increased risk.

By the way, "Coronas all day long don't really count as hydration," one emergency room doctor told the Sacramento Bee.

It's already typical wildfire season and recent years have brought disastrous conditions in California and surrounding states. Wildfires have been mostly under control this year so far, but a fire in California's San Bernardino mountains prompted temporary evacuations Tuesday after the wind shifted. Two firefighters sustained heat-related injuries, the Union-Tribune reported.

This one's not for the faint of heart. San Diego County Animal Services says it has received around 30 rattlesnake calls in the past week as the weather has warmed. "Snake sightings may spike during hot spells," CAS Director Dan DeSousa told the Union-Tribune.

If you see a snake, Animal Services recommends keeping an eye on it from a distance and calling animal control.

But, there's an upside. You can ski in your shorts, like this guy: