Accessibility links
Wind Energy's Growth Raises Concerns About Its Reliability As renewables make up a bigger share of the nation's energy grid, some worry about blackouts when the wind doesn't blow. But grid operators say they're getting better at balancing energy resources. 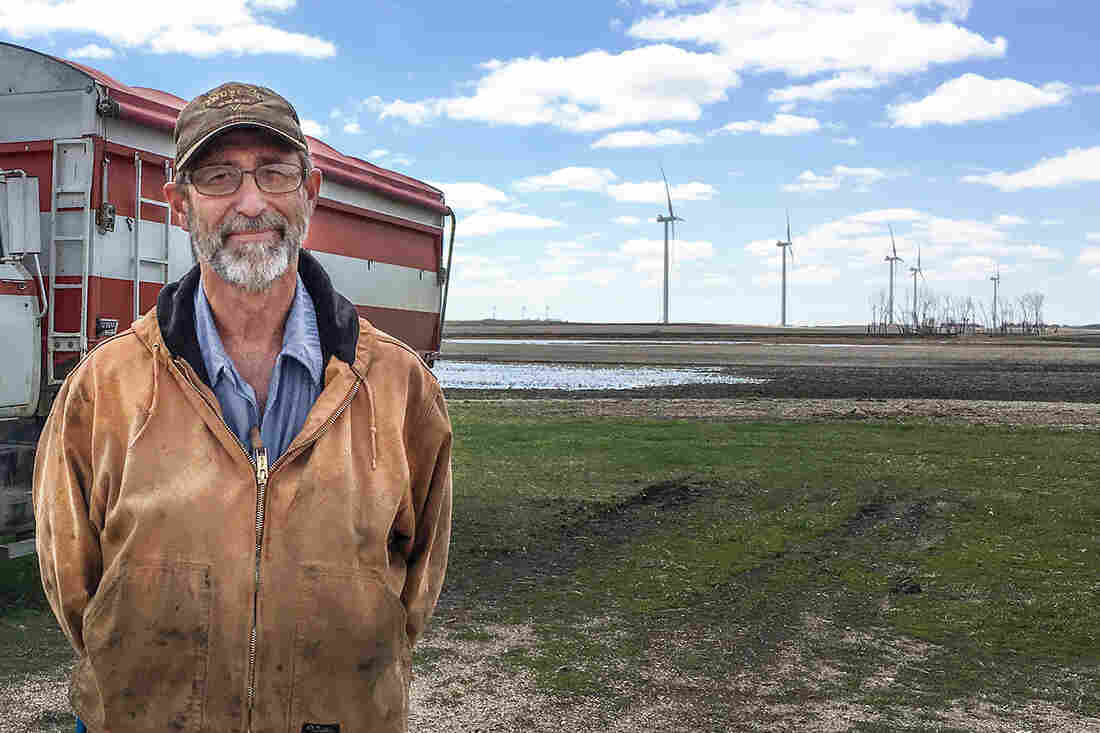 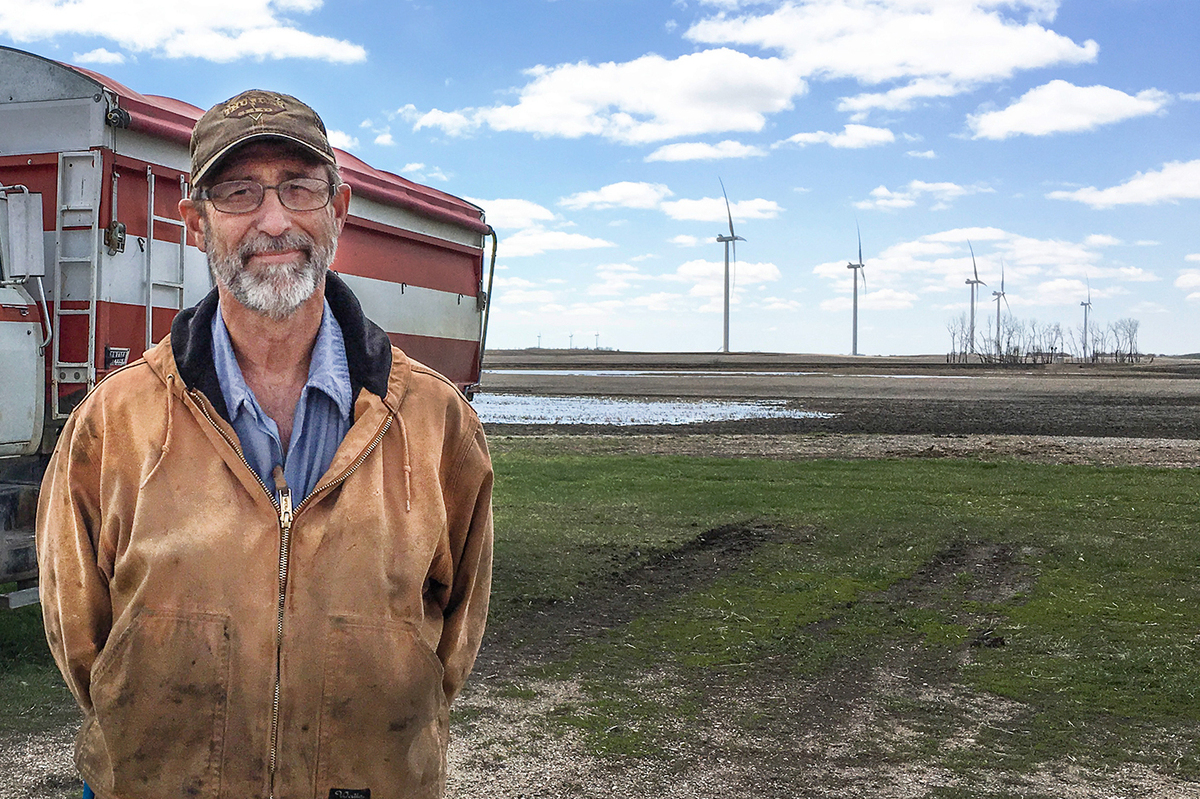 Steven Somsen, who lives near a new wind farm in Courtenay, N.D., has three turbines on his land.

Steven Somsen's farm got a new addition last year, breaking up fields of wheat and soybeans that span as far as the eye can see from his rural North Dakota home.

"We ended up with some towers on our property," he says, nodding toward the giant, spinning, white wind turbines dotting the farmland around his house.

Xcel Energy, a Midwest-based utility, installed three on his land, among the 100 turbines placed near his remote community of Courtenay.

"It's something different to look at," he says. "Some of [my neighbors] say they don't like them. The other ones say it's fine. Don't bother me none."

In the windy Great Plains, it's not just the placement of these large towers, which have been welcomed by some, yet cause for concern for others.

Energy Secretary Rick Perry earlier this year ordered a study of the nation's electric grid to see if renewable energy is threatening the grid's reliability. It's slated to wrap up in July.

North Dakota's coal industry is also growing uneasy. A decade ago, coal produced 90 percent of the state's power, according to the Energy Information Administration. Today, it's down to 71 percent as wind fills in the gap. Nationally, cheap natural gas is proving a major competitor as well.

"Clean is great, but we've still got to have reliability," he says. "We can't let go of that because without reliable electricity, we're in the dark."

Federal tax credits have provided incentives for wind production, and many states have adopted mandates for renewables. Plus, more and more cities say they plan to move to 100 percent renewable power.

On a breezy day in Courtenay, enormous blades rotate above Jayme Orrack. He oversees this new wind farm for Xcel Energy, which provides more electricity via wind than any other utility in the country, according to the American Wind Energy Association.

"It takes about a minute and a half for it to come online," he says of the turbine next to him. "It has to stay at a sustained 1,000 RPM in the generator before it'll actually kick on and start generating power." 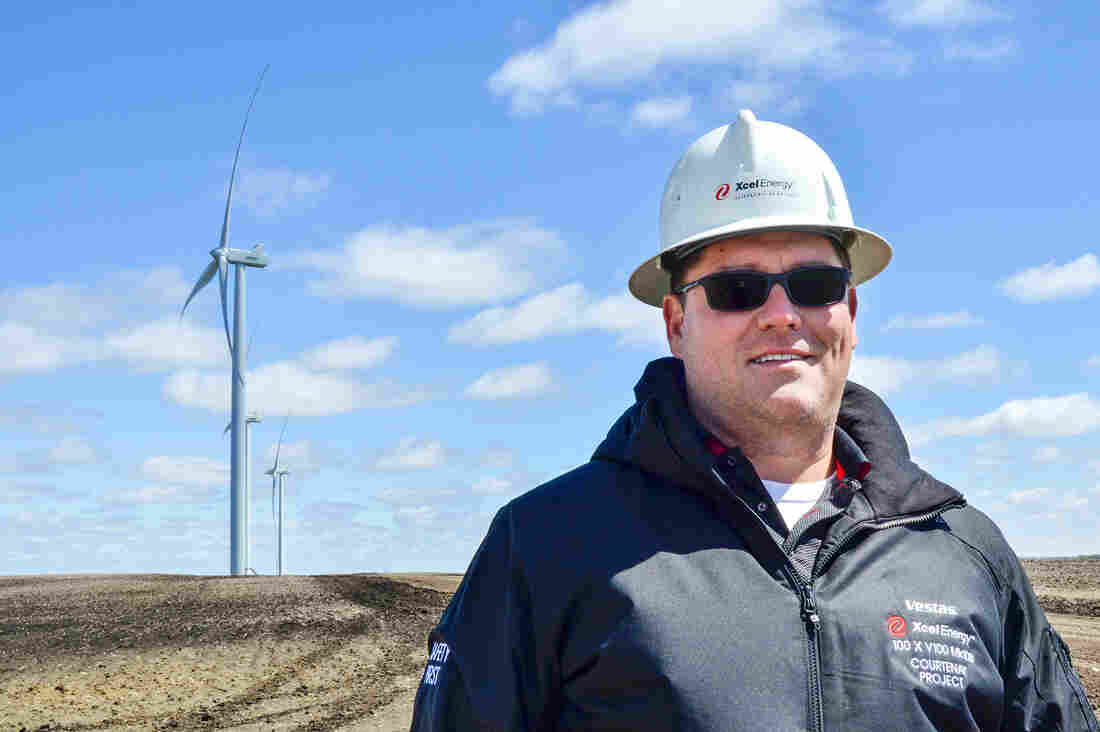 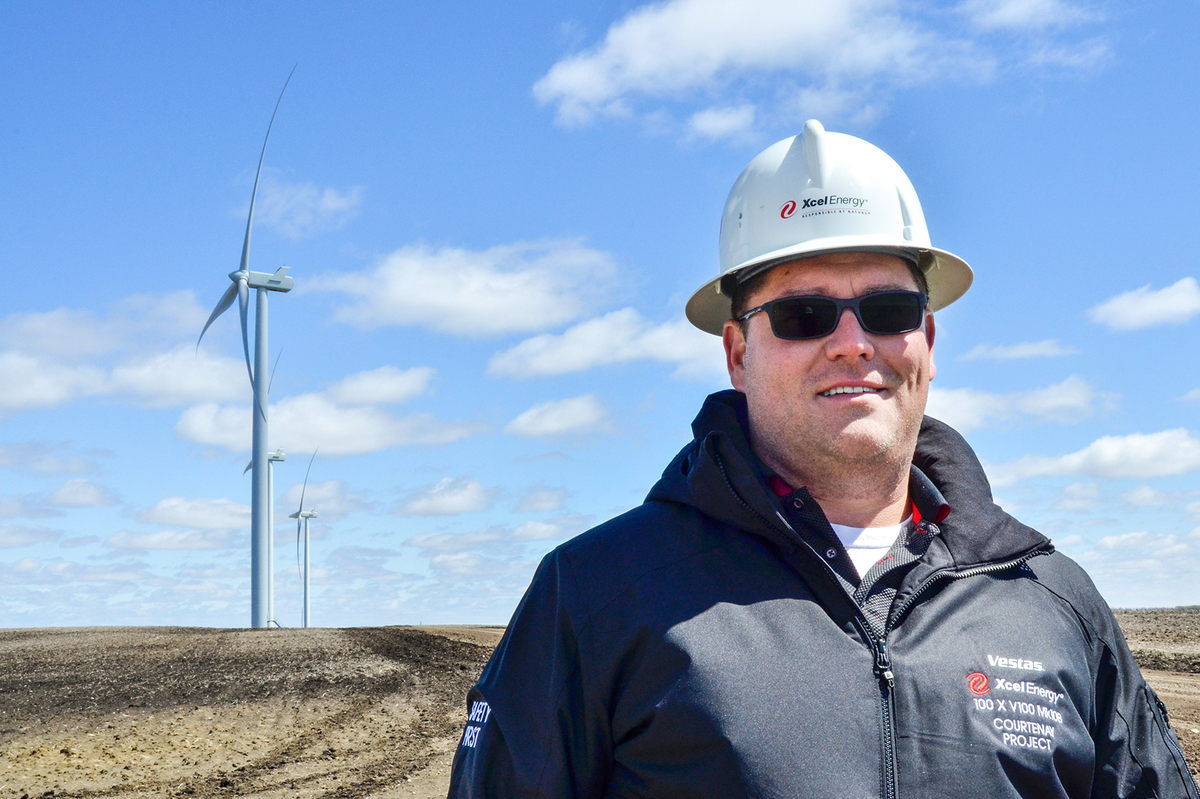 Unlike a coal plant, wind can fire up quickly to meet the demand for power.

But when the wind isn't blowing, grid operators have to find ways to adjust.

"Ultimately, when you think about reliability, you're trying to maintain balance of supply and demand," says Renuka Chatterjee with the Midcontinent Independent System Operator, which runs the grid in the Midwest.

She says utilities are getting savvy about forecasting when the wind will blow. And they're spacing out new wind farms so that as the wind shifts, one farm can power up as another powers down.

They also frequently rely on natural gas peaking plants, which can power up in a matter of minutes to produce electricity when there's a spike in demand or little wind.

"As you think about each resource, they bring a unique profile," Chatterjee says. "We need a balance of those resources. Wind alone doesn't cause reliability issues."

In a future with even more renewables, innovation will be key.

The United States has an aging transmission system, which requires upgrades to carry wind electricity from remote places that have plenty of it to big cities that are hundreds — or even thousands — of miles away.

Plus, the prospect of energy storage — capturing wind's electricity as it's generated and saving it for use when demand is high — could make a big difference as the technology develops.

With careful planning, Chang says, there's no real limit to how much renewable energy the grid can one day handle.

Amy Sisk reports for Prairie Public Broadcasting and for Inside Energy, a public media collaboration focused on America's energy issues.