Accessibility links
'The Big Sick' Is A Tonic For What Ails You Critic Andrew Lapin praises the "unique, understated comic irony" of this largely autobiographical rom-com about a couple whose young relationship gets tested by matters cultural — and medical.

'The Big Sick' Is A Tonic For What Ails You

'The Big Sick' Is A Tonic For What Ails You 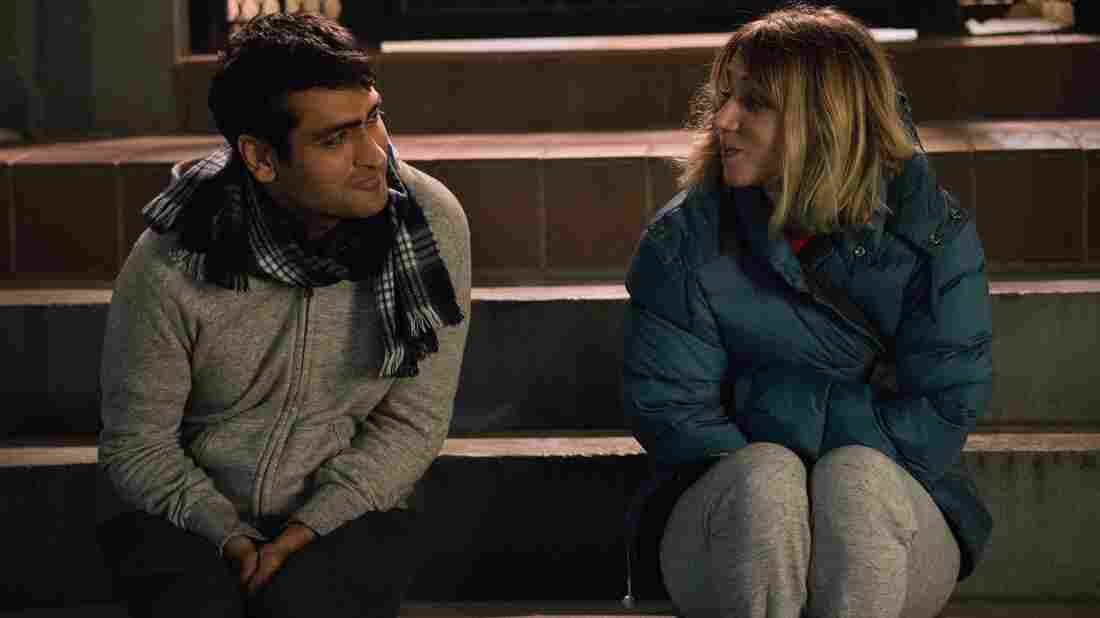 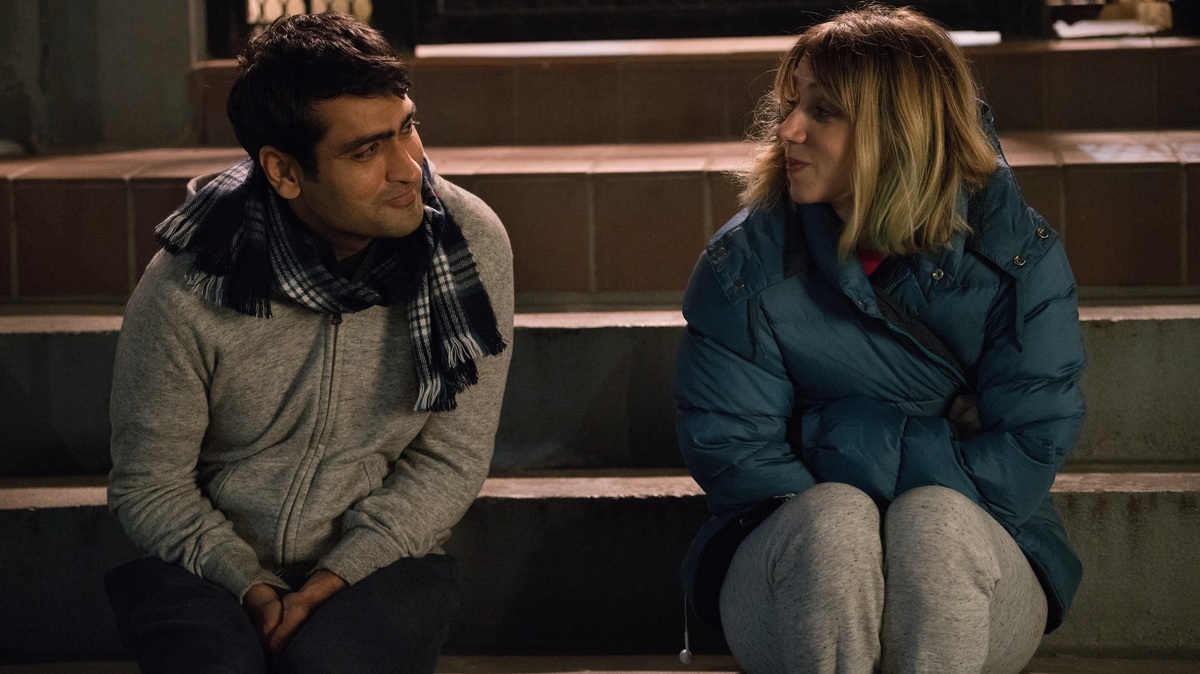 The United States is still a home for everyone; the proof is that a Muslim living in suburban Illinois can make a prayer rug joke and have it feel fully, unmistakably American. In The Big Sick, when aspiring comedian Kumail Nanjiani leaves the Chicago stage, he often dines with his Pakistani parents in their cul-de-sac, where they expect him to do his full five minutes of prostrating before they can all dig into their biryani. But Kumail, like many a disaffected member of his generation, has soured on the concept of religion. So when he takes his rug into the basement, he sets his iPhone timer and watches exactly five minutes of YouTube videos.

This scene is gold. But it comes with the little stinger that Kumail knows he can only tell this particular joke to himself. His parents made sacrifices for him, built new lives in an unfamiliar country for him, and all they asked in return was that he continue to practice Islam — the one thing he no longer wants to do, because America has changed his priorities. That extends to their hopes for his arranged marriage, or, as Kumail notes they call it at home, a marriage. "Who could that be?" his mother asks when the doorbell rings, returning every time with a pretty, single Pakistani woman; the bachelorettes leave behind their headshots, which Kumail chucks into a shoebox. It's an easy laugh with no easy answers.

The Big Sick is autobiographical, the story of the real-life Nanjiani (a longtime comedy ringer you likely know best from Silicon Valley and frequent appearances on L.A.-based comedy podcasts) and his real-life wife Emily V. Gordon. The two co-wrote the script, then handed it to director Michael Showalter (Wet Hot American Summer), who ditches his usual archness to do right by the emotional honesty that makes this story so special. Then they let Judd Apatow produce, which was nice of them, as it means he finally gets his name attached to the James L. Brooks-type blend of sprawling, character-based comedy and tearjerker melodrama that he worships but hasn't quite been able to pull off since The 40-Year-Old Virgin.

Because, yes, this movie about comedians has a side of tears. But not right away, you gluttons for sadness. Opposite Nanjiani, who plays himself, there is the effortlessly charming Zoe Kazan as Emily, a white graduate student who flirts with him at his show before insisting that she can't see anyone right now. She insists this as one beer turns into three dates and various nights on his apartment's air mattress. There's a nice joke where Emily tries to set limits by calling an Uber from Kumail's place, and his phone buzzes because he moonlights as a driver — destiny by way of the App Store.

Kumail wants badly to be with Emily, but can't bring himself to tell his parents (Anupam Kher and Zenobia Shroff) for fear they will disown him; he tries confiding in his brother (Adeel Akhtar), who advises him to break off the relationship immediately so he won't upset the family. His loyalty to his parents leads him to attempt a double life, and soon a hurt Emily has called off their relationship. The complexity of Kumail's feelings toward his heritage is refreshing. He clearly loves his culture, and has written a one-man show about Pakistan, including an oral exam, which he makes his friends suffer through. Yet there's a sense that he's become trapped by his family, even beyond the familiar child-of-immigrant jokes where they hint at preferred careers in medicine or law. They're barreling toward something that is going to hurt.

And that's all before the Big Sick rears its ugly head. After breaking up with Kumail, Emily collapses and is placed in intensive care at a local hospital, where, in a medically induced coma, she can't see that her now-ex is doting over her. The film doesn't get too lost in medical jargon, but the real Gordon has a rare autoimmune disorder called adult-onset Still's disease (AOSD), a form of arthritis that can (and does) shut down major organs in the body. Movie characters spend more time lounging around hospitals than pharmacy reps, but The Big Sick is the first "hospital film" in a while that makes us feel the stakes of a vicious mystery disease in our guts.

While Emily suffers rounds of tests, her parents come to town, and they're played in a brilliant bit of casting by Holly Hunter and Ray Romano. Hunter's no-nonsense nurturing instincts and Romano's beta-male blunderings give Kumail a different window into parenting from his own; though at first wary of him because they know he's been dishonest with their daughter, they soon warm to his sheepish charms and form an unlikely trio facing down this anxiety together. Though The Big Sick is not especially concerned with making you laugh, it does have a lot to say about laughter: in an electrifying scene, the parents go to Kumail's comedy show to take their mind off things, and wind up defending him from a racist heckler. Their anger is, at least in part, because their right to laugh at something has been violated.

Nanjiani's biggest strength as a comedian is also his biggest weakness as a dramatic actor: the withering line deliveries that sound like he's struggling to control his sarcasm. His chemistry with Kazan helps us take him more seriously, though the demands of the story are such that they aren't together for long before Emily goes comatose. In the film's second half, the laws of attraction are really being applied to Kumail's relationship with Emily's parents, who grow to appreciate him without her knowledge, and without Kazan's infectious onscreen presence.

So maybe this isn't really a rom-com. But buried inside this seeming flaw is the film's unique, understated comic irony. After rejecting his parents' attempts to arrange his marriage, Kumail winds up arranging his own.