A Wounded Union Soldier In A House Of Southern Women: 'The Beguiled'

A Wounded Union Soldier In A House Of Southern Women: 'The Beguiled' 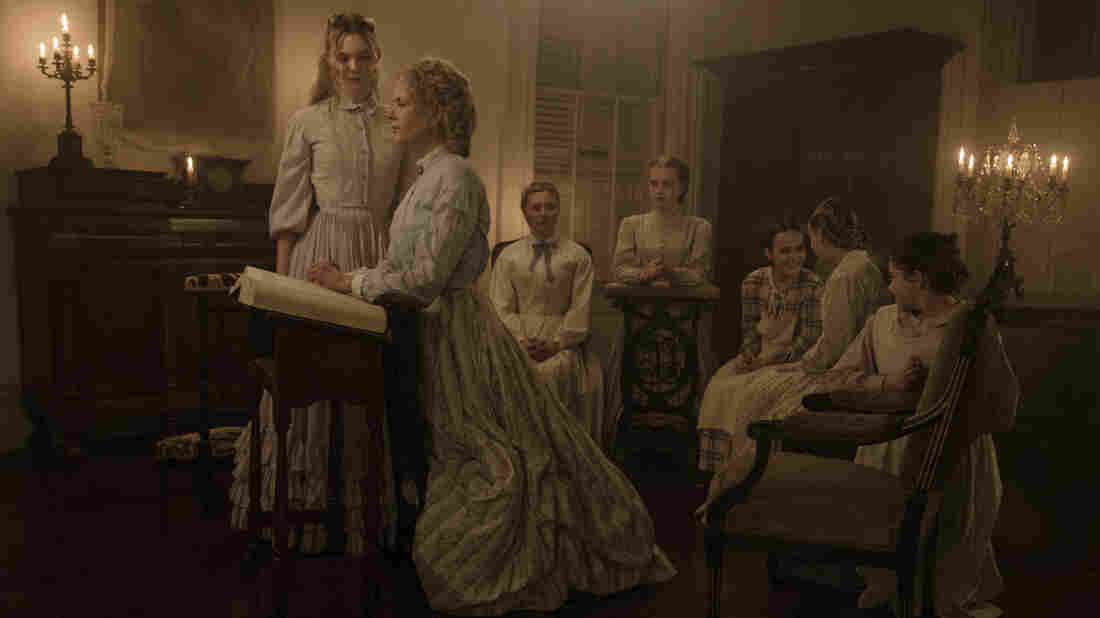 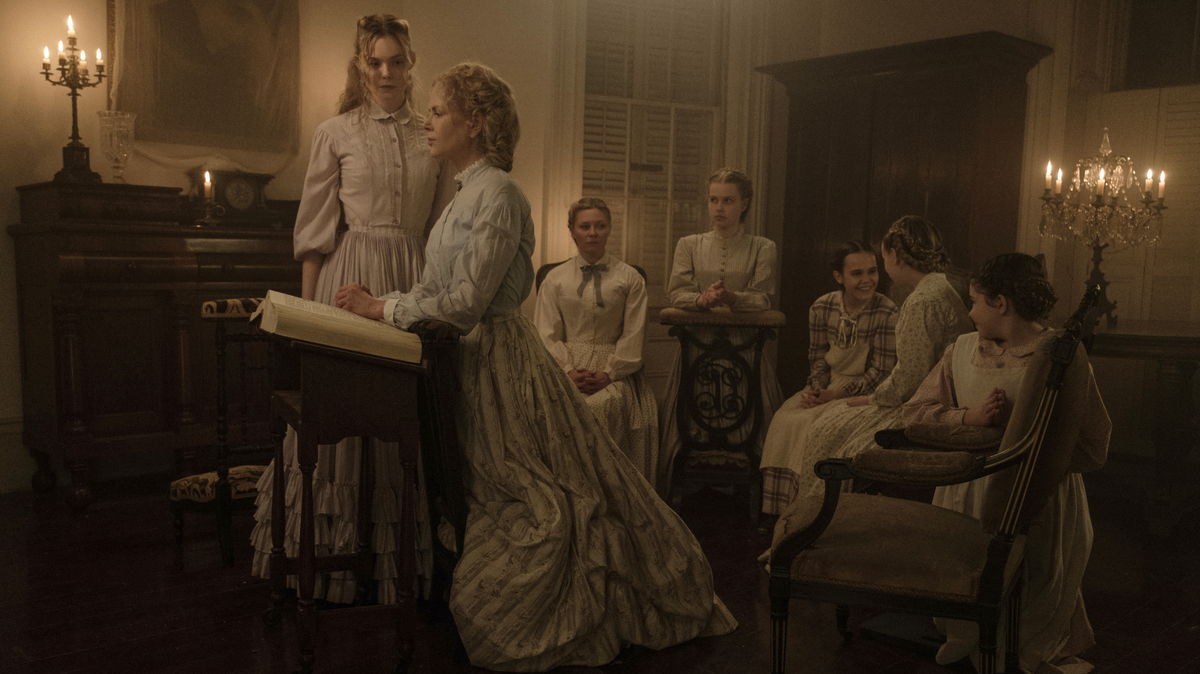 While Clint Eastwood was busy playing a wounded Union soldier held at the pleasure of a bevy of Southern belles in Don Siegel's 1971 Civil War drama The Beguiled, the actor also found time to direct his first film, Play Misty for Me, in which he also starred as a disc jockey stalked by an unhinged female fan. Both films were visceral articulations of male paranoia about the sinister potential of repressed or oversexed women.

Imagine such fighting talk in the hands of a woman filmmaker whose aesthetic draws heavily on the world of fashion. Best known for lushly visual meditations like The Virgin Suicides, Lost in Translation, and Marie Antoinette, this year Sofia Coppola became only the second woman since 1961 to win Best Director at the Cannes Film Festival for her take on The Beguiled. Though Coppola adapted her screenplay from the original novel by Thomas Cullinan, her interpretation also streams a sly subterranean dialogue with Siegel's nakedly badass reading. Coppola's The Beguiled doesn't so much negate the festering male paranoia as reclaim the point of view for the women it targets. Then she bats the premise around like a graceful cat with an addled mouse in its paws.

The Beguiled opens with an archetypal fairytale sequence of a little girl in braids wandering into a forest, pausing to collect mushrooms in a basket. The meaty veggies will be back later in a crucial supporting role. For now they provide innocent ambiance as the girl ventures deeper into the woods, where she stumbles on a wounded Union soldier who is either a wolf in lamb's clothing or the other way about.

Both are viable possible outcomes given that Corporal John McBurney is played by Colin Farrell, who could charm the Spanish moss off the mist-covered trees, with an edge of sinister. Back at the gated ladies' seminary where teachers and girls strive to maintain a chastely Christian life even as the war dwindles their reserves, McBurney turns his Irish magic on every girl or woman who visits his room to nurse him back to health. Which, in short order, is every voluminously skirted female in the house, whatever her age and with or without permission.

The first hour of The Beguiled is as slow and atmospheric as you'd expect from Coppola, some of whose exquisitely mounted films, it must be said, are paced like beautifully crafted wall hangings. Posed like tableaux vivants in artfully coordinated pale pastels, the assembled women more closely resemble a period-perfect Vogue cover than a besieged community on the losing side of a brutal war.

There is cunning method, though, in the suffocating formality of the well-mannered civilities that pass at first between the ladies and their patient. Underground energies are released and libido rises as three of our most intelligent actresses — Nicole Kidman as the tightly wound principal, a wonderful Kirsten Dunst as an earnest teacher ripe for all kinds of flight, and Elle Fanning in fine form as a trainee strumpet — gear up for a covert but accelerating rivalry for their objet de lust. Here the pace quickens nicely into a whispery bedroom farce with modest bodice-ripping attached. McBurney, it turns out, has radically underestimated his hosts, and his practiced efforts to divide, conquer, and score bring about a sharp left turn into Southern Gothic, delivered with Coppola's signature, coolly amused gaze. Civilization goes out the window, and suffice it to say that a teacher's injunction to "brung meh thah anatomy textbook" is not a last call to biology class.

Is Coppola's The Beguiled a "women's movie?" As always the director has stacked her cast and crew with female talent, and certainly the film is all about women taking charge of their emerging animal natures. Some feminists have pursed their lips over Coppola's recent admission that she's never heard of the Bechdel test, which calls for films in which women talk to each other about anything other than men. The Beguiled's women do little else, but though I suspect Coppola would wince at the word empowerment — ideology and art don't mix well in her movies — they move on to carry the conversation, shall we say, to their distinct advantage.