Accessibility links
Kali Uchis' 'Tyrant' Is A Love Letter To Summer 2017 Light and airy in its sweetness, the song blooms into fluffy, ebullient tufts of cotton candy — only to soon melt in the hot June sun and dry into a hardened candy shell. 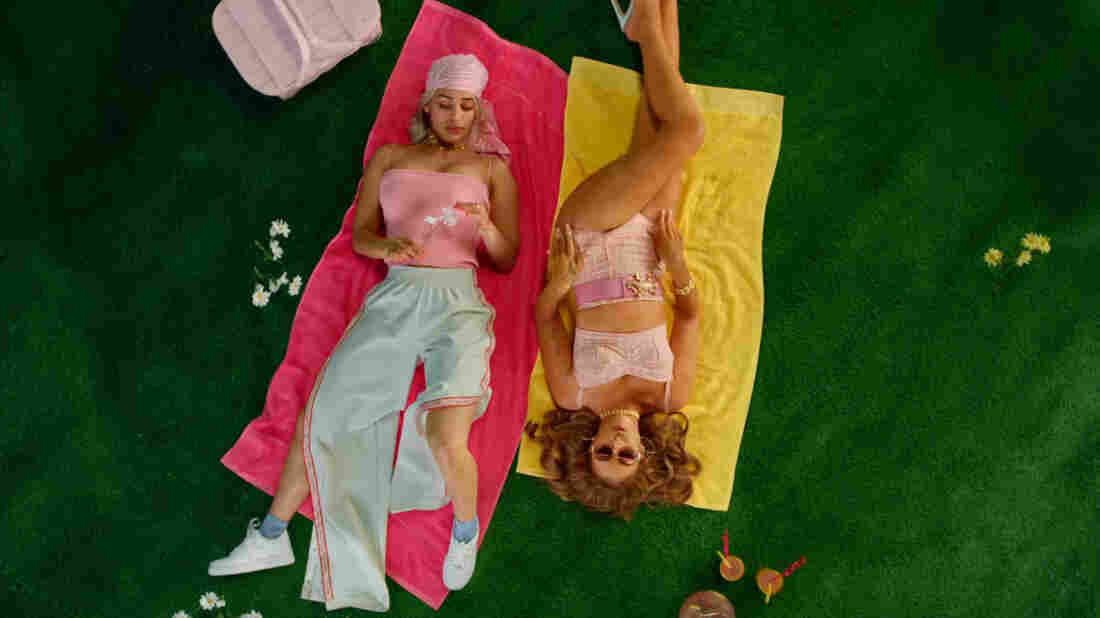 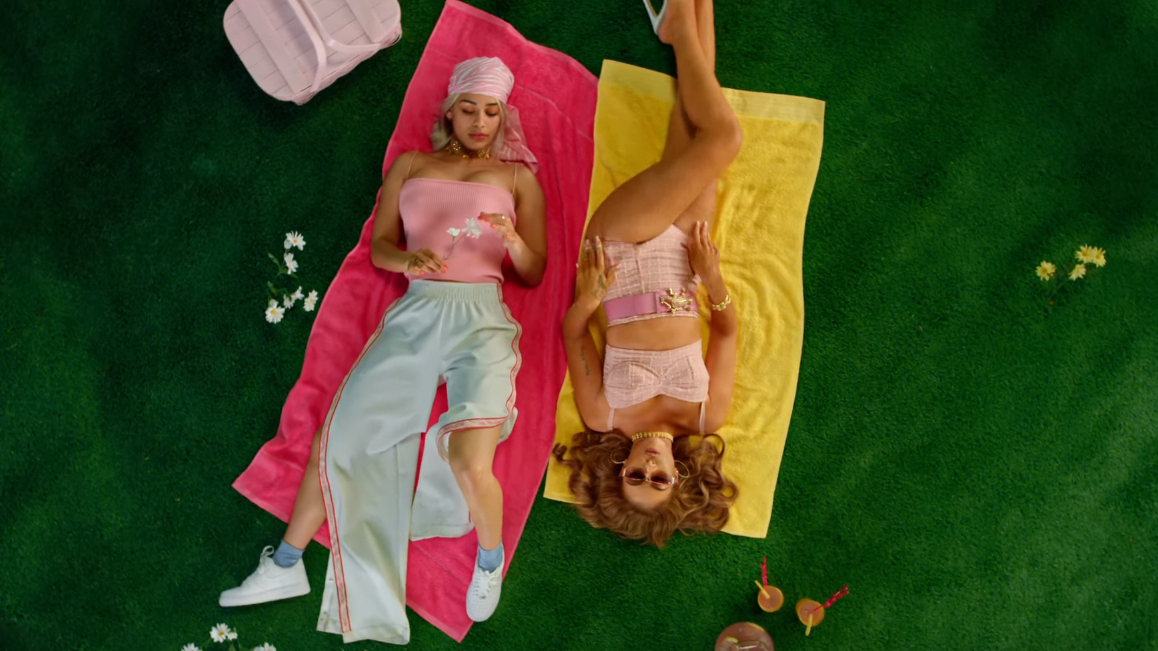 Kali Uchis (right) and Jorja Smith in the luxurious video for "Tyrant."

Kali Uchis' "Tyrant" embodies a love letter addressed not to timeless summer flings, but specifically to summer 2017. It's glittery and danceable, but brutal in its honesty, nodding to the grim state of affairs with lines like "When everything's on fire / You're my peace and quiet." (Plus, you know, the name of the song is "Tyrant.") Uchis clearly lays out the dots and, winking, rolls the listener a fluorescent pen to connect them.

The track shakes out a silky flat sheet, emblazoned with a bright banana-leaf print, to set an altar for the best part of a new relationship: the bed days. Uchis' soft, aching vocals, knitted together with fluttering cymbals, swim around the aural bedroom, each piece tiny and delicate like a fishbone. During the bed days, there's no place more appealing — or safe — than a pile of mussed linens alongside your person. A lack of urgency, a tangle of oxytocins and cloying humidity, cradling a bouquet of tender feelings that — while perhaps not permanent — are still treasured. "I don't wanna come down / Keep spinning me round and round and round and round and round," Uchis sings. It's an oasis born not so much out of lust or lethargy, but out of a primal necessity.

Light and airy in its sweetness, the song blooms into fluffy, ebullient tufts of cotton candy — only to soon melt in the hot June sun and dry into a hardened candy shell. The visual treatment of "Tyrant" echoes this sensibility, featuring Uchis in luxurious duds and splayed on cars — a tropically-tinged, welcome antithesis to the Whitesnake trope. Bathed in red lights, Jorja Smith joins in around the two-minute mark, parting the haze of infatuation to reclaim a powerful swagger: "Don't think you can lie / I can see through your mind."

"Tyrant" is a romantic banger flecked with self-awareness. It skillfully portrays love in the age of rumbling dystopia: a boudoir anointed by something pure even though its walls may shake with the unrest outside. For now, we're ensconced in a candied vessel atop a mound of soft blankets and the flesh of someone or something precious. And that's comforting — even if it lasts exactly that long: for now. There's no rush.