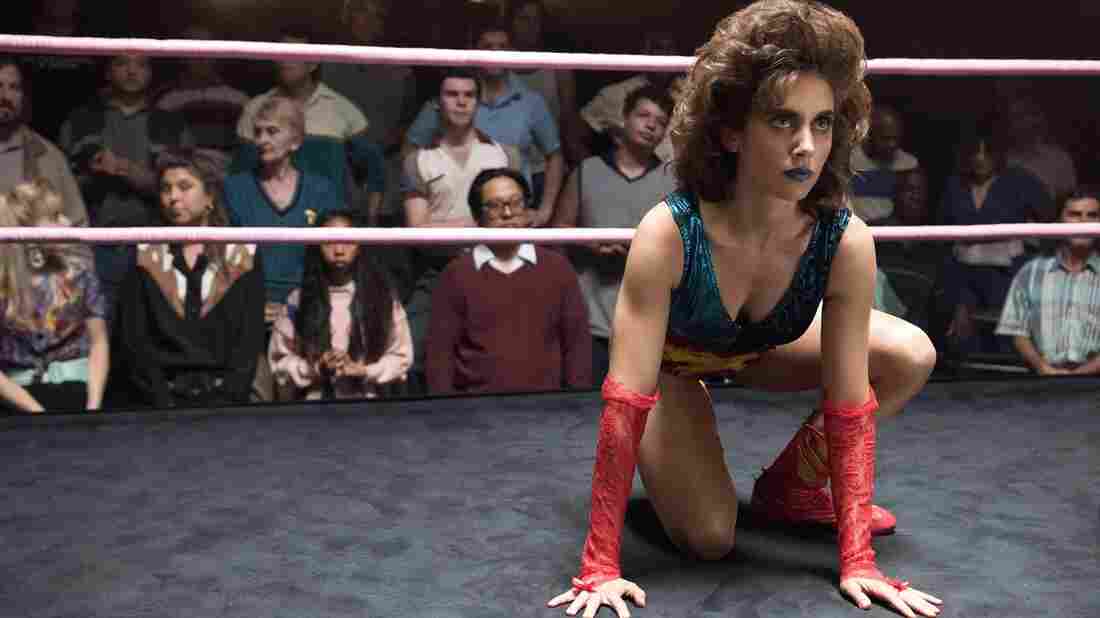 Alison Brie as Ruth, in the ring on GLOW. Erica Parise/Netflix hide caption 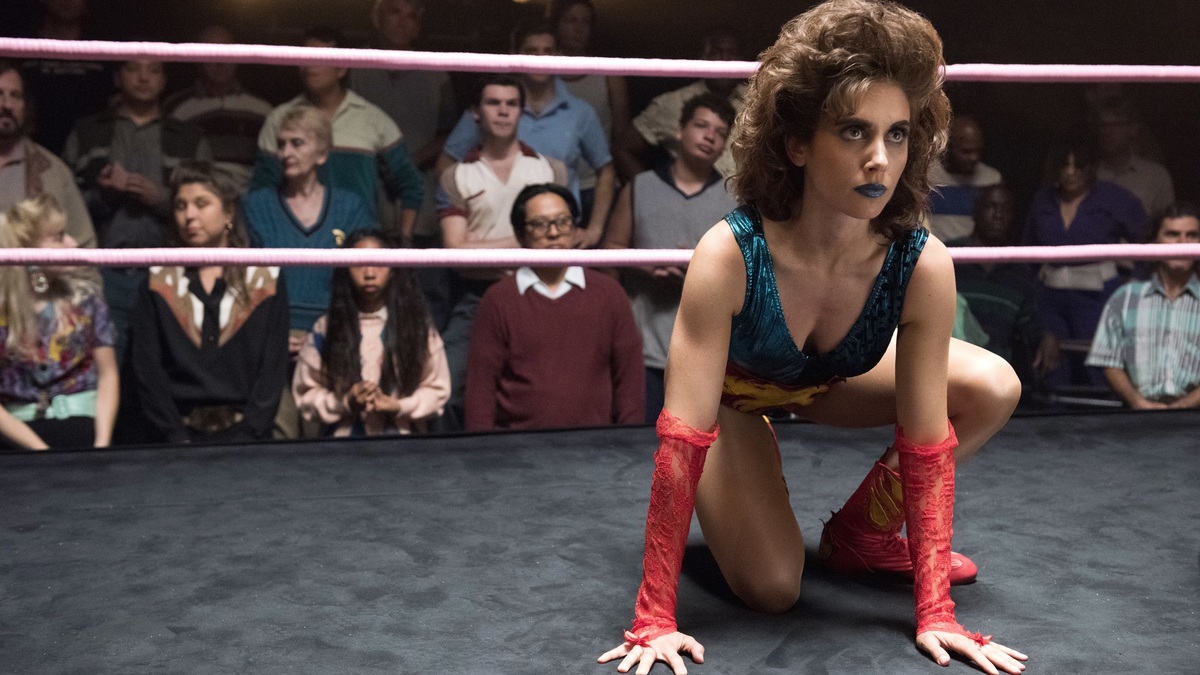 Alison Brie as Ruth, in the ring on GLOW.

For this discussion, Kat Chow joins Linda Holmes, Glen Weldon and me to tackle GLOW — its unusual concept, the degree to which its stars either play against type (Brie) or don't (Maron), and its commitment to character development. Some of us found it more uneven than others — and one or two of us questioned the degree to which it earns its commentary on racial stereotypes — but we all expect big things, buzz-wise. (For those looking to learn more about the real women on whom GLOW is based, a 2012 documentary called GLOW: The Story Of The Gorgeous Ladies Of Wrestling is also on Netflix.)

Then, we take a hard left turn (albeit sticking with Netflix) and bring you Linda's June 15 interview with Lena Waithe. Waithe, who plays Denise on Aziz Ansari and Alan Yang's Master Of None, appeared on stage with us as part of Pop Culture Happy Hour's live appearance at Largo at the Coronet in Los Angeles. Together, the two discuss Waithe's work on Master Of None — including her instant-classic coming-out episode "Thanksgiving," which Waithe describes as "really black, very female, very specific and gay as hell" — and how it's mapped out over her own life. Waithe also explains how working as a writer and producer has made her a better actor, and gives us a few hints about what to expect from The Chi, the forthcoming Showtime drama series she created. (Hint: Expect more of the radical empathy that's helped make Master Of None a major standout.)

[For more on Lena Waithe, look for the debut episode of It's Been A Minute, the new NPR podcast hosted by our pal Sam Sanders.]

Finally, as always, we close with What's Making Us Happy this week. I'm having fun playing a new Nintendo Switch game with my kids — in part because it's too new for them to have fully learned how to beat the hell out of me. Glen loves an ambitious new audiobook by one of his favorite authors. Kat rightly praises a terrific new album (don't miss this Code Switch discussion), as well as a bird-themed book. And Linda loves two new books, one of which she describes as "devastating" and one of which she... doesn't.

As always, find us on Facebook or follow us on Twitter: the show, Linda, me, Glen, Kat, producer Jessica, guest producer Thomas, and producer emeritus and pal for life Mike.