Accessibility links
Where Do You Ride A Dirt Bike When You Have No Dirt? More cities are dealing with off-road vehicles being driven on their streets. But the riders say they're helping the community by keeping young people out of trouble. 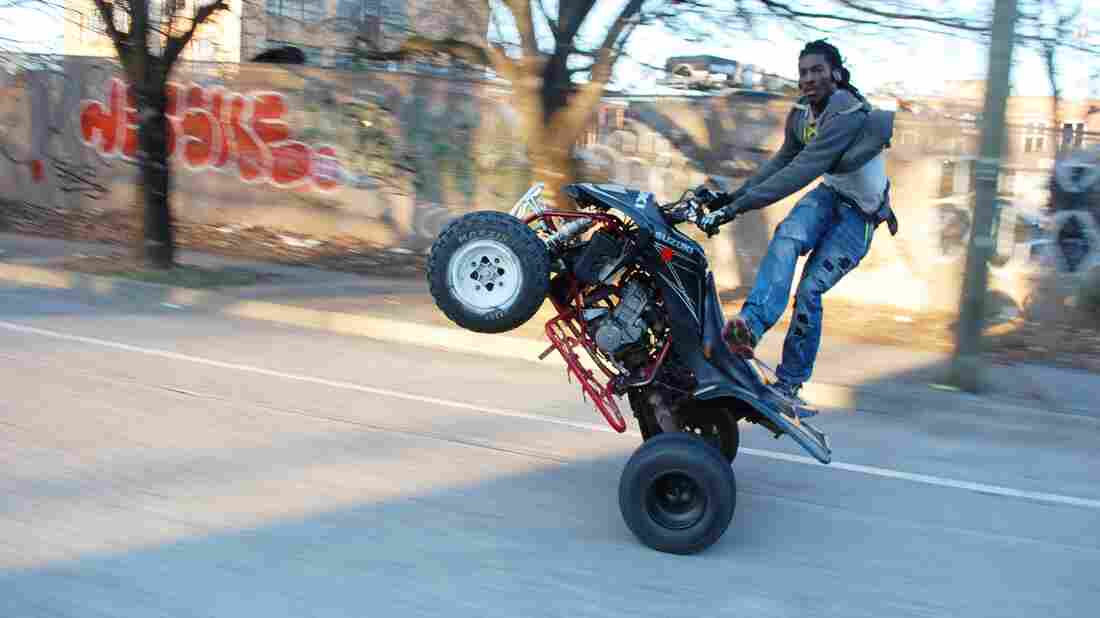 On Sundays in Atlanta, ATL Bike Life gets together to ride ATVs and dirt bikes. Stephannie Stokes /WABE hide caption 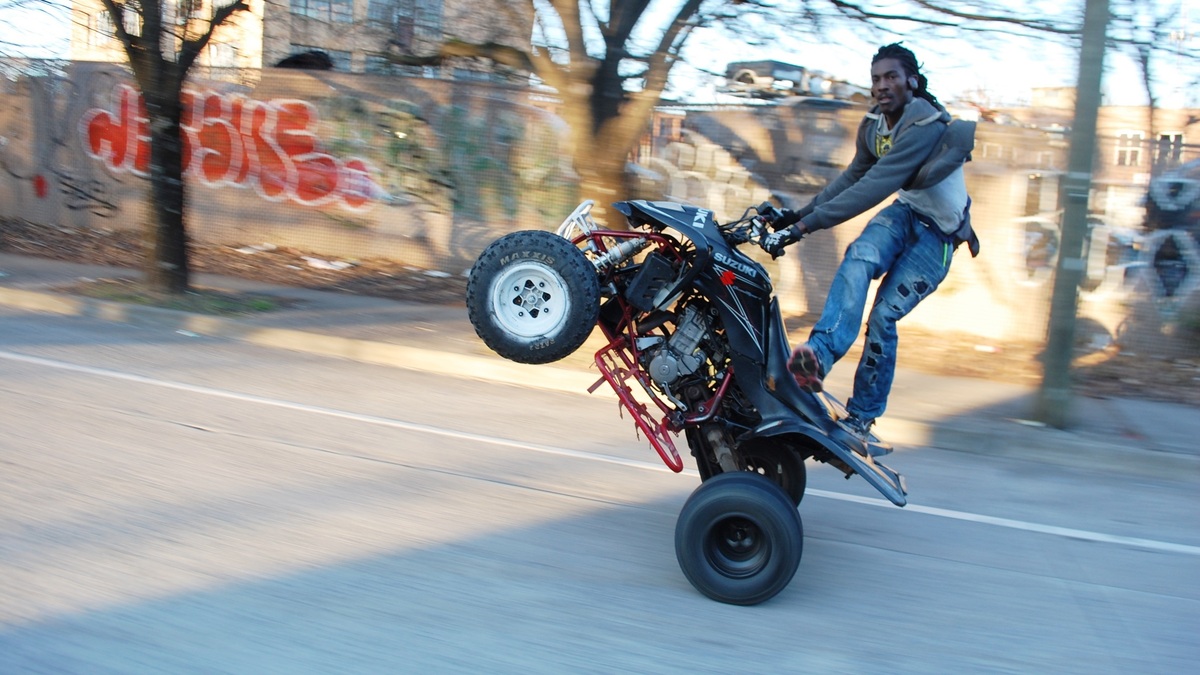 On Sundays in Atlanta, ATL Bike Life gets together to ride ATVs and dirt bikes.

In Atlanta, the buzzing of dirt bikes and ATVs is loudest on Sundays, when a loose group of riders called ATL Bike Life get together.

About 50 of them showed up outside a park in southwest Atlanta, popping wheelies and revving their engines.

Most cities don't allow the off-road vehicles on their streets. But riders like these men take them out anyway, often traveling in large groups and doing stunts.

City officials have argued the bike culture is aggressive and threatening, but riders at the Atlanta meetup, like Quint Grimes, said the naysayers have it wrong.

Of course we're breaking the law, but it's better than having them going in someone's house robbing and killing.

"There's so much bad publicity about us that say we're the bad guys," Grimes said. "That's nowhere near true."

Grimes said these bikes are what they care about, and in urban areas, there isn't anywhere else to ride but in the streets.

"We're out here doing what we love and also keep a lot of people out of trouble, like you see all these young guys right here," he said. He pointed to several wide-eyed kids, who joined the crowd and were checking out the bikes.

"They look up to us," Grimes said. "Of course we're breaking the law, but it's better than having them going in someone's house robbing and killing."

The Atlanta riders have even produced a rap song with the refrain "Bikes up, Guns down." This message — that bikes prevent more serious crime — is something you'll hear from riders across the country.

Urban dirt biking has become popular in several cities. A 2014 documentary profiled a group of riders in Baltimore called the 12 O'Clock Boys.

But in cities where the riders roam, a lot of people don't think the activity's rise is positive.

"They're making noise. It's scaring motorists. These are people who, basically, it's all about thrill for them," said Joyce Sheperd, an Atlanta City Council member.

Sheperd said it's not just that dirt bikes and ATVs aren't street legal. It's the way the young people ride them. Sometimes in packs of a couple hundred, the riders take over city roads, ignoring red lights. "They're doing all kind of stuff to show out. They're doing things that even typical motorists don't do," Sheperd said.

Cities have seen deadly accidents involving dirt bikes, too. Earlier this year, riders were killed in Miami and Cleveland after colliding with cars.

Officials are fed up, said David Hartman, a spokesman for the New Haven, Conn. police department.

They're making noise. It's scaring motorists.

"These are criminals, perpetrating criminal acts," Hartman said. "They are dangerous, and people die, and people get hurt. And it has to stop."

The question facing many cities, though, is how to stop it.

Hartman said New Haven can now stick riders with a $1,000 fine and even take away their bikes. But the hardest part is catching them. "The challenge is, you can't chase these folks. It's impossible. They'll weave in and out of traffic. A pursuit would just add to the danger," he said.

His department relies on community tips and social media to find riders. Others follow them from above with helicopters. 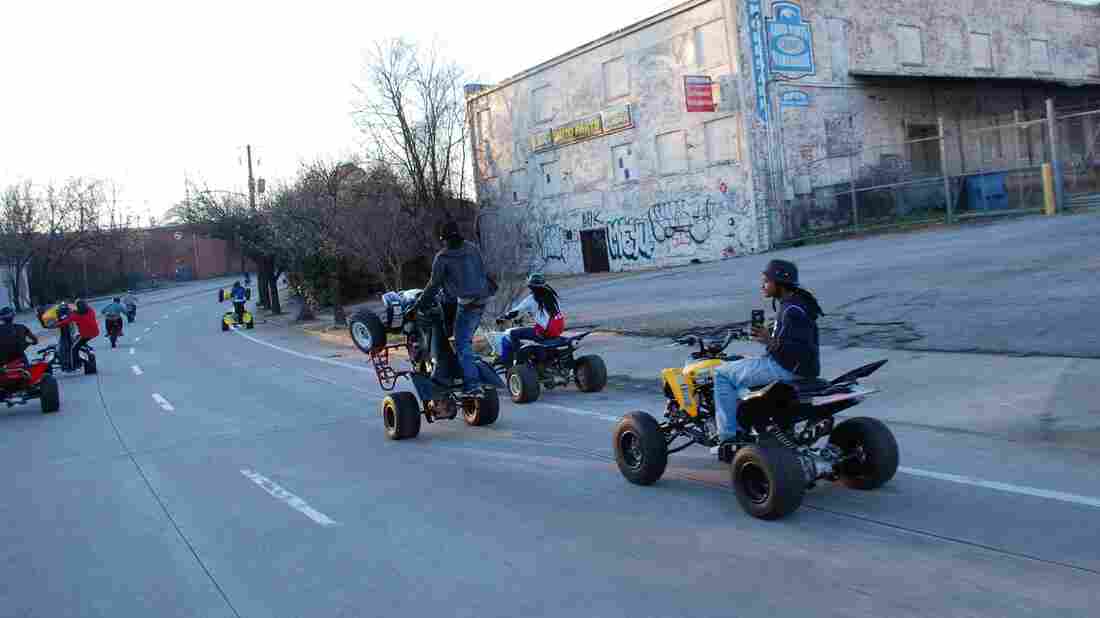 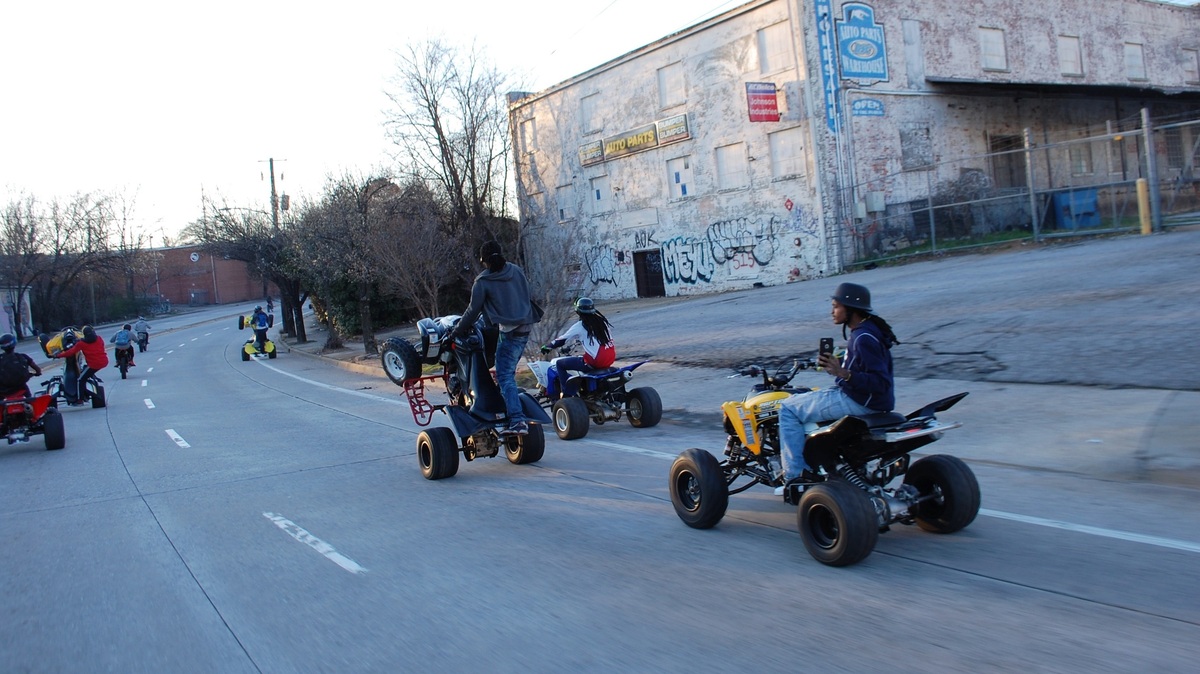 But in the end, some leaders don't think law enforcement can be the full answer.

"We have to engage young people," said Cleveland Mayor Frank Jackson. "People look at dirt bike riders as this monolithic group. But people who ride dirt bikes are not all thugs." Jackson believes some just need an outlet.

So, Cleveland plans to build a place where they can legally ride: a separate park for dirt bike and ATV riders. Jackson said the city took a similar approach with skateboarders when that sport took off.

People who ride dirt bikes are not all thugs.

"We're not just looking at this and being permissive about it," Jackson said. "We're just saying that if we're going to deal with this, we have to deal with it in a holistic way."

Critics of the idea question whether urban dirt bikers would use a park when there isn't the thrill of breaking the law.

Quint Grimes with the Atlanta riders said they would. But until there's one in his city, he said they'll stick to the roads. "This is us, bike life. We're going to be around. They ain't going to get rid of us," he said.

Grimes and the other riders took off to cruise and pop wheelies around the city.

A couple of kids who were too young to follow, stayed behind, riding around on toy ATVs instead.