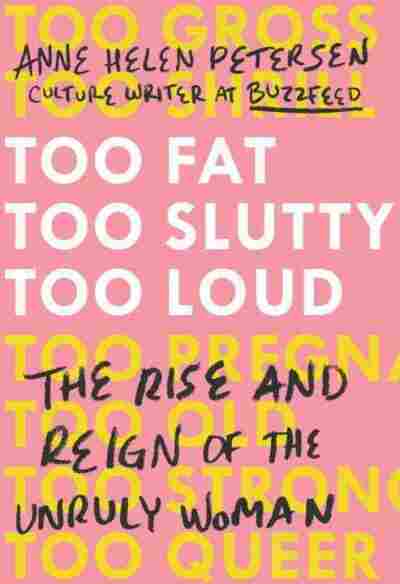 The Rise and Reign of the Unruly Woman

Petersen, who has a doctorate in media studies and now writes for BuzzFeed, has made a career of studying gossip, celebrity and scandal with intelligence and empathy: "Celebrities," she writes, "are our most visible and binding embodiments of ideology at work."

The women she has chosen illuminate invisible cultural expectations. "Each of these women is constantly igniting the line of acceptable behavior," she writes. "You don't know where it is until she steps over it, at which point it bursts into flames."

The structure of the essays is consistent. Each begins with an accessible and deceptively restrained short statement of a social problem (tennis is racist, TV is sizeist), and then launches into increasingly sophisticated analyses that ask what compromise between freedom and palatability each woman has negotiated.

"There are hundreds of women in the public sphere who don't exercise such careful modulation," she is careful to note, "women who are relegated to niche corners of pop culture because they've been figured as too big, queer, loud, smart, sexual, or otherwise abject for mainstream audiences." Being white and thin radically extends the boundaries of acceptable behavior: Of the women profiled, the two black women — Nicki Minaj and Williams — unquestionably get the cruelest vitriol.

Petersen herself can't be called an unruly writer per se. In its cautious accessibility, this collection is less exuberant, less spiky and less strange — less unruly, in short — than it could be. She leaves much of the boundary pushing to her subjects. Petersen's cutting, still-by-still analysis of TV shows and music videos is wrapped in glosses, potted histories and pleasantly readable, if not radical, prose. But if Petersen is dancing on the same line of accessibility and acceptability as her subjects, can we blame her — if she'll reach more people, change more minds?

To call a writer "responsible" seems like faint praise, but Petersen is responsible in the best sense: She doesn't just cite her sources but elevates them.

To call a writer "responsible" seems like faint praise, but Petersen is responsible in the best sense: She doesn't just cite her sources but elevates them. She is deeply but quietly unelitist, incorporating academic theory when necessary but with lucidity and care. She acknowledges her debts and her advantages.

And once Petersen has introduced her subjects, her analysis is deeply thoughtful. Sections on Minaj (too slutty) and her unrelenting experimentation with norms are particularly brilliant. When interviewers fail to prepare, Minaj calls them out and in return is described in the press in terms of acting out, letting loose, lashing out. "But Minaj wasn't acting out or behaving outlandishly so much as revealing the crude framework behind the manufacture of celebrity, and her natural frustration when someone else fails to match her work ethic in the critique of her art, or when the system itself shows its underlying racism," Petersen writes. When another interviewer suggests Minaj might have had a bad acid trip, she responds: "I didn't have a bad trip. I'm a businesswoman, and I have too many partners out there for me to be out here joking about s*** like that."

At first glance, the subtitle "The Rise and Reign of the Unruly Woman" seems misapplied — ahistorical, even, given how these women, especially black women, have paid for their unruliness in public humiliation and harassment — when the person reigning is not Hillary Clinton (too shrill) but Donald Trump. But after a few chapters of Petersen's cautious, intelligent optimism, it feels instead like an instruction, a warning, a promise, a threat. Rise and reign. Maybe we could.