Accessibility links
Supreme Court: Religious School In Missouri Can Use Taxpayer Funds For Playground In a closely watched case about church and state, the Supreme Court ruled Monday that a religious school was entitled to state funding for playground resurfacing under a state program for nonprofits. 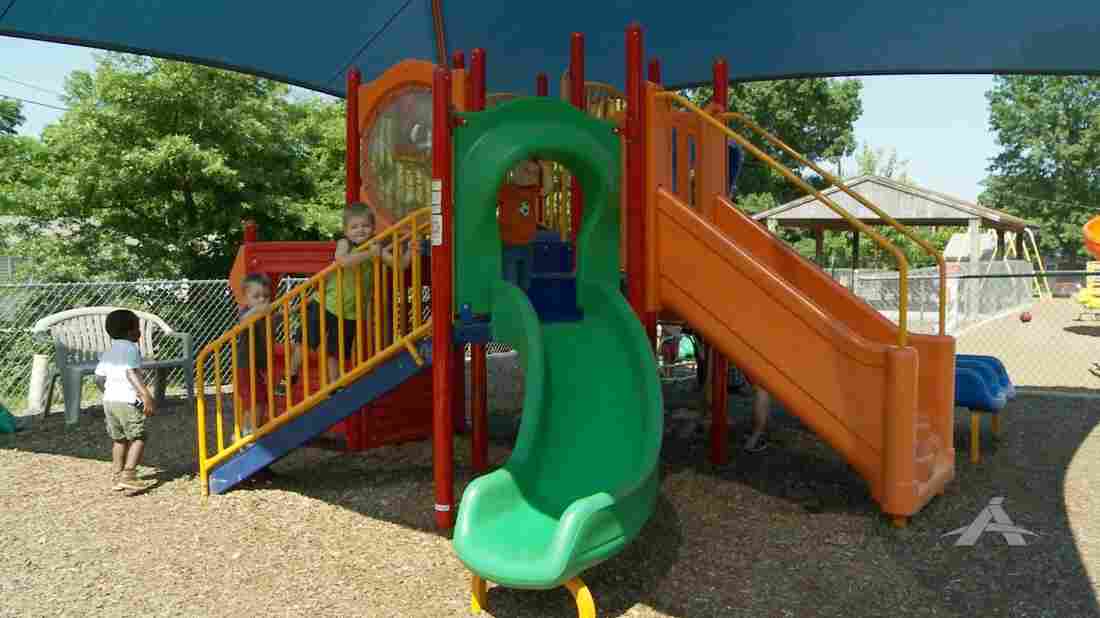 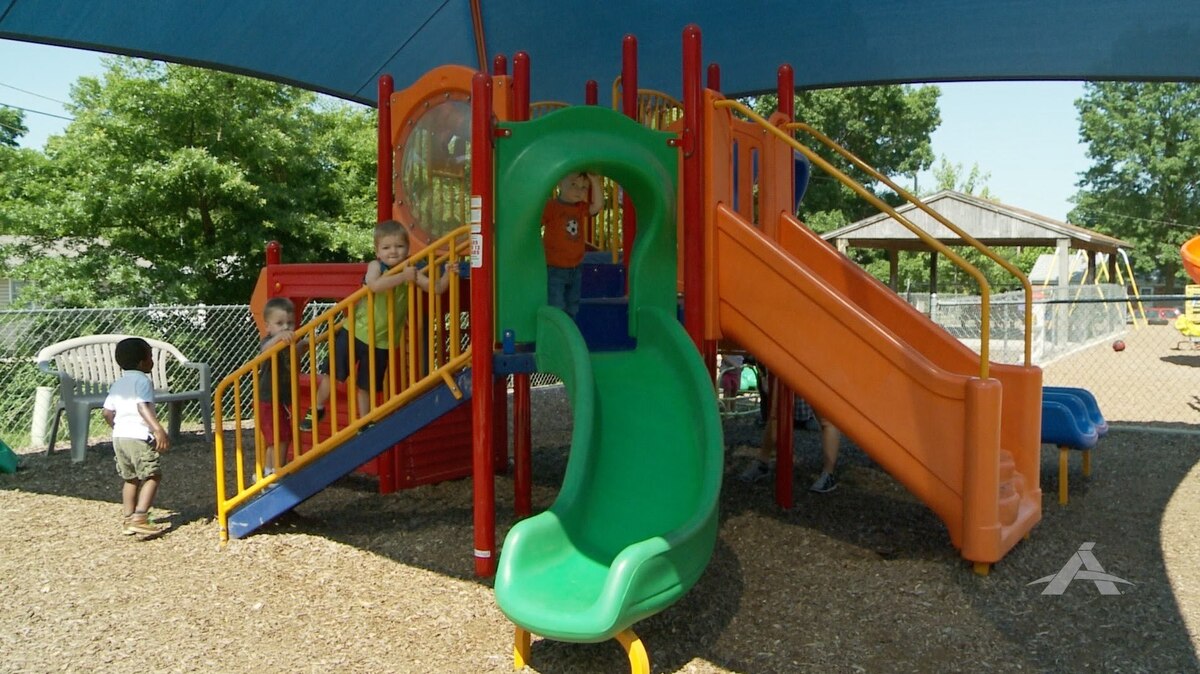 Children play on the playground at the Trinity Lutheran Child Learning Center in Columbia, Mo.

The U.S. Supreme Court ruled Monday that taxpayer-funded grants for playgrounds available to nonprofits under a state program could not be denied to a school run by a church.

"The consequence is, in all likelihood, a few extra scraped knees. But the exclusion of Trinity Lutheran from a public benefit for which it is otherwise qualified, solely because it is a church, is odious to our Constitution all the same, and cannot stand," Chief Justice John Roberts wrote for the majority.

By denying a benefit to a church school because of its avowedly religious character, he said, the state is penalizing the free exercise of religions guaranteed by the Constitution.

In an apparent attempt to limit the reach of the decision, at least for now, Roberts dropped a footnote declaring that the ruling applied only to discrimination for playground resurfacing, and that "we do not address religious uses of funding or other forms of discrimination."

Joining the decision in full were Justices Anthony Kennedy, Samuel Alito and Elena Kagan. Justice Stephen Breyer wrote separately to emphasize "the peculiar benefit nature of the public benefit here," and he noted pointedly that the court has previously ruled that " 'cutting off church schools from' such 'general government services as ordinary police and fire protection ... is obviously not the purpose of the First Amendment' " ban on state establishment of religion.

Also concurring in the judgment, but not the entire opinion, were Justice Clarence Thomas and the court's newest justice, Neil Gorsuch. They would have gone further, and would have deemed a denial of funds to religious schools in general to be unconstitutional unless the state could show a justification "of the highest order."

School choice advocates rejoiced at the decision, seeing it as a vehicle for funneling taxpayer money to private religious schools.

Dissenting from the decision were Justices Sonia Sotomayor and Ruth Bader Ginsburg. Sotomayor, who attended parochial schools during her childhood, took the unusual step of dissenting orally from the bench. She called the majority opinion "radical," declaring that it "profoundly changes" the relationship between church and state "by holding, for the first time, that the Constitution requires the government to provide public funds directly to a church."

The nation's history, she maintained, guarantees the free exercise of religion, "to choose for ourselves whether to believe and how to worship," without allowing the government to be part of that religious process. "The Court today blinds itself to the outcome this history requires and leads us instead to a place where separation of church and state is a constitutional slogan, not a constitutional commitment."

The court's ruling came in the case of the Trinity Lutheran Church in Columbia, Mo., which operates a preschool and day care learning center as part of its church ministry.

In 2012, the church applied for a grant from the state of Missouri to essentially rubberize its playground surface, using old and discarded tires. It applied despite written regulations that barred state grants to religious institutions.

The Missouri Department of Natural Resources, which administers the grant program, had enough money to fund 14 of the 44 applicants. Although Trinity Lutheran would have qualified for one of the grants, the state turned it down, citing the state constitution's ban on any state aid, direct or indirect, to religious schools.

Trinity Lutheran went to court, claiming that the grant denial interfered with its free exercise of religion and unconstitutionally discriminated against the school based on religion.

Lawyers for the church school argued that the grant program was open to all not-for-profit schools, except religious ones. Thus, they said, religious schools were being treated "worse than everyone else," as David Cortman, an attorney with Alliance Defending Freedom, put it. Moreover, he said the government in this case "is not being asked to fund a religious activity. It's funding the playground where students play."

Not so, the state of Missouri countered. The Free Exercise Clause of the Constitution, in its own words, forbids only government action that prohibits the free exercise of religion; it does not require the government to subsidize churches or provide equal funding opportunities to religious and non-religious groups alike.

The state continued that position before the Supreme Court, but shortly before the case was to be argued, a new Republican governor, Eric Greitens, took office in Missouri and declared that he was changing the previous long-standing policy on aid programs to religious schools. He blamed "government bureaucrats" and said he would defend "people of faith who are too often under attack."

While Monday's decision involves a small grant program for playground resurfacing, the repercussions will undoubtedly send ripples through public and parochial school programs across the country.

The Missouri Constitution's ban on aid to religious schools is similar to provisions in another 36 states. In recent years, as the Supreme Court has become increasingly willing to lower the wall separating church and state under the federal Constitution, these state constitutions have become bigger and bigger obstacles to those like Secretary of Education Betsy DeVos, an ardent advocate of so-called school-choice programs. And advocates of religious liberty have gone to court rather than seeking through the democratic process to get rid of the state constitutional provisions that bar all aid to religious schools.

To opponents and supporters of such taxpayer aid to religious schools, Monday's decision in the Trinity Lutheran case is the camel's nose in the tent.