Accessibility links
Tituss Burgess Says He Plays The Most 'Everyman' Character On 'Kimmy Schmidt' Titus Andromedon "doesn't have money to pay the rent; he can't keep a job; he gets racially profiled," Burgess says. "I mean, so what that he ... wears women's clothes?" 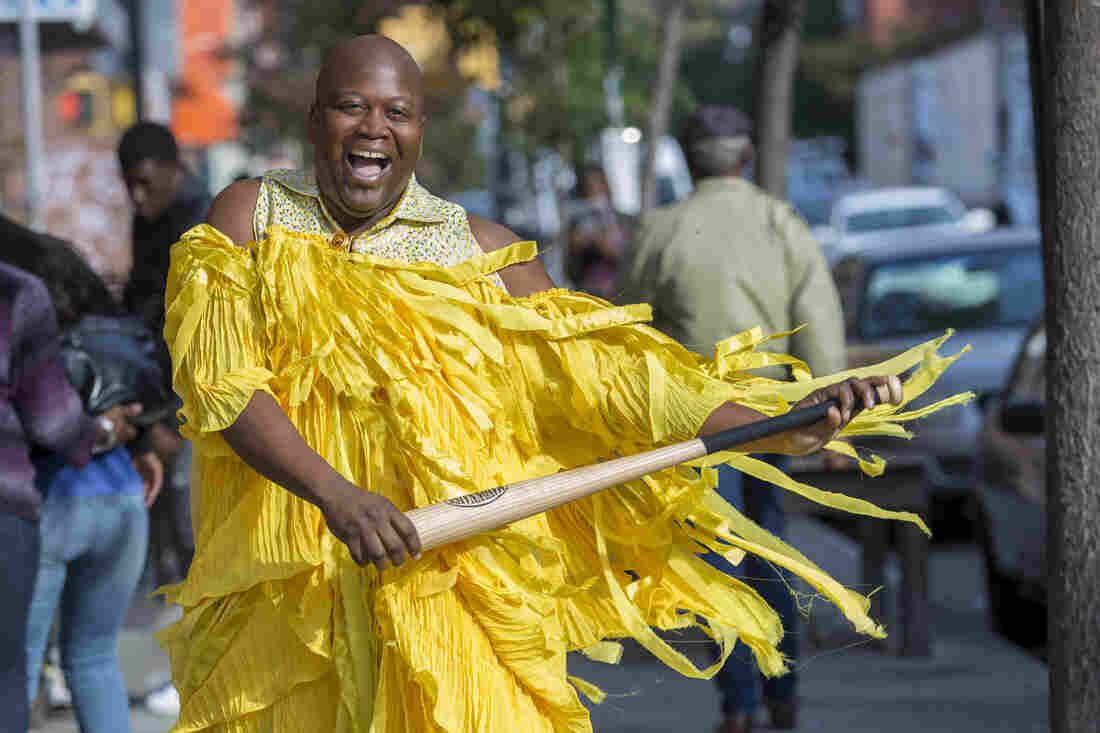 In the third season of Unbreakable Kimmy Schmidt, Titus Andromedon (Tituss Burgess) gets through heartbreak by making his own version of Beyonce's Lemonade. Eric Liebowitz/Netflix hide caption 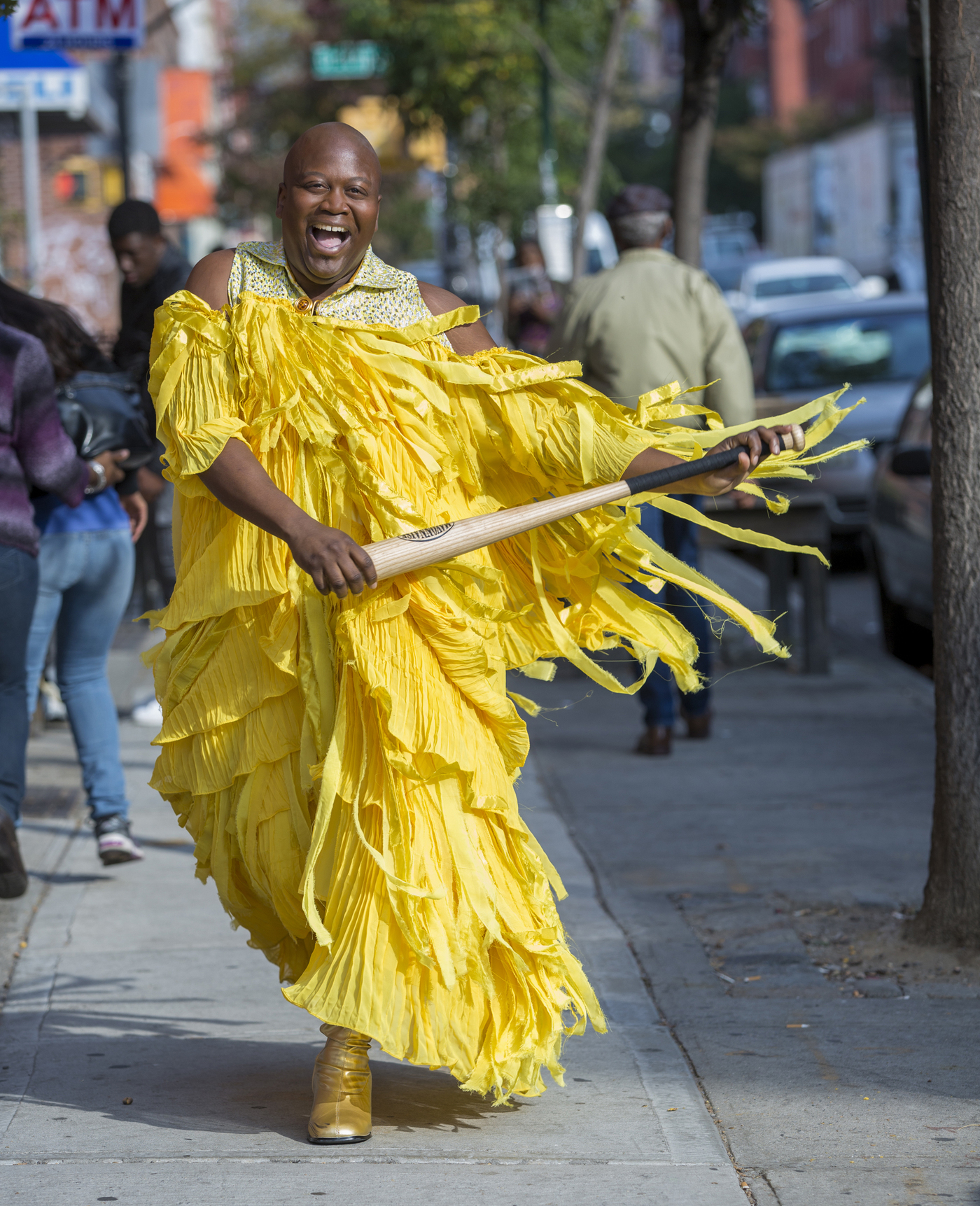 In the third season of Unbreakable Kimmy Schmidt, Titus Andromedon (Tituss Burgess) gets through heartbreak by making his own version of Beyonce's Lemonade.

In Unbreakable Kimmy Schmidt, Titus Andromedon is a show-stealing character. Tituss Burgess plays the mostly out-of-work actor who's black, gay and an endearing friend to the very naive Kimmy Schmidt.

Burgess may share a first name with his over-the-top character, but he says they're plenty different. Unlike Andromedon, Burgess is a quiet homebody who doesn't need to be the center of attention. He grew up in small-town Georgia before making his way to Broadway and then TV. It's a journey that required many leaps of faith, and he credits one woman with giving him the confidence to take those leaps.

"Lena Horne," he says. "I saw The Wiz when I was in the seventh grade. ... The authority with which she sang ['If You Believe'], watching her telling Dorothy, you know, how exactly to get to where she wants to be, and the way she looked down the barrel of the lens — you could not tell me that this woman was not singing to me. ... I would go back and forth to the library and rent The Wiz, and this one piece just was so electric and I felt invincible. I felt, for all intents and purposes, that whatever it was I was going to do, there was absolutely nothing anyone could say or do to stop me. And it has proven true."

On how he bridges the gap between his more subdued personality and his show-stealing characters, including Sebastian in Broadway's The Little Mermaid and Nicely-Nicely in Broadway's Guys and Dolls

I am an only child, so I had a great deal of time by myself. I didn't love being by myself, but that also means a great deal of time sitting back and observing the world. I had a huge family, but believe it or not there are personalities in my family that are far ... larger and grandiose than Titus Andromedon. ... And I just filed those personalities away. And when I pick up a script, I go, "Oh, I know that person," or, "I know who that is," or, "I recognize this sentiment," or, "I recognize this selfish trait."

However large or into the stratosphere they wrote him, I would find the one thing in the scene that he needed. And then I would go down the rabbit hole of why he needs it. The deeper the well of emotion, the deeper the cut, the deeper the wound, the larger the cry. The harder you fall, the louder the wail, the louder the ouch. So it made perfect sense that this is how he would exorcise his emotionally heartbroken demons.

On how he responds to criticism that Andromedon is feeding the TV stereotype of the flamboyant, gay best friend

They're not watching the show. Titus Andromedon is more everyman than any other character on that TV show. He's broke; he doesn't have money to pay the rent; he can't keep a job; he gets racially profiled. I mean, so what that he adds a couple of "s"s to the words he says or wears women's clothes?

But that is what I say to those people, that they are not watching the show. And that if how someone moves about the world on the spectrum of masculinity to femininity is a measure with which the cause or [LGBTQ] characters have either moved forward or regressed — if that's what they're basing it on, then what kind of two-dimensional world are they living in? So the question sounds ill-informed already, and I tend to not answer it.