Accessibility links
Republican Health Bill Updated To Avoid Insurance Market 'Death Spiral' Senate Republicans have tweaked their bill in hopes of keeping more healthy customers in the insurance market. Customers who fail to maintain coverage could be temporarily locked out. 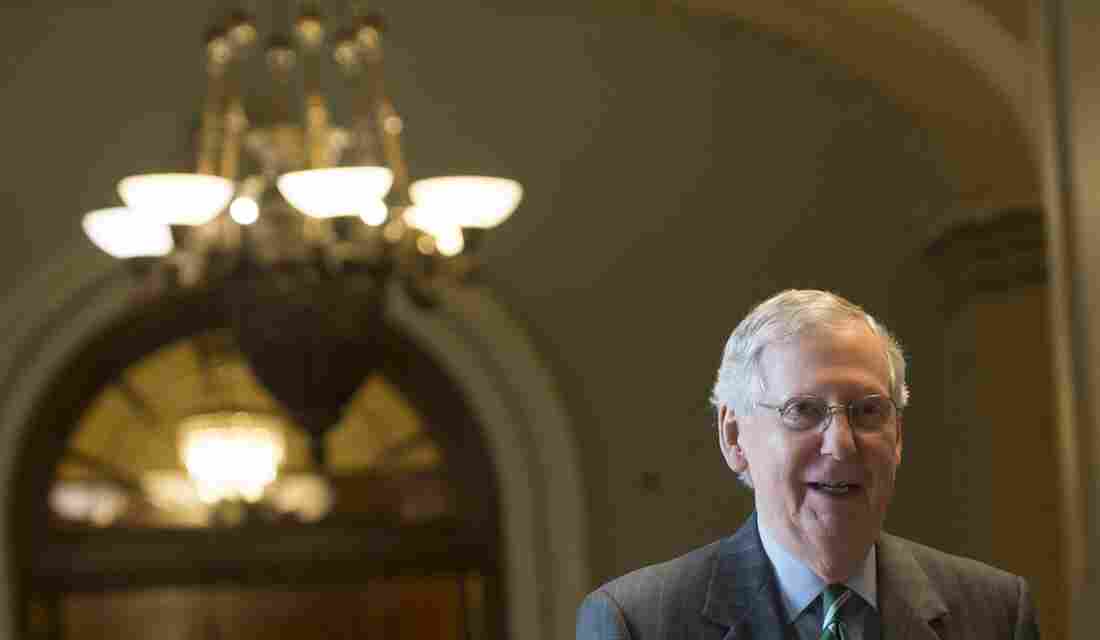 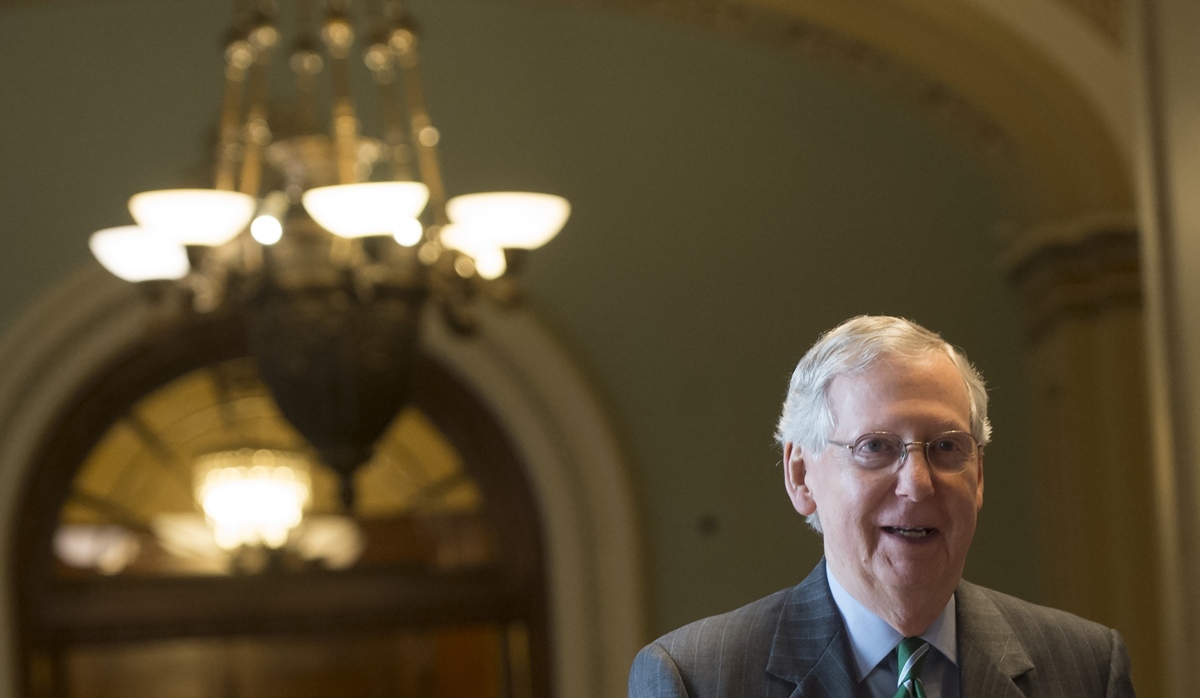 Senate Majority Leader Mitch McConnell, R-Ky., walks through the U.S. Capitol on Thursday following the release of a draft of the Senate Republicans' health care bill. An updated version was released on Monday.

Senate Republicans have updated their plan to repeal and replace the Affordable Care Act, attempting to patch a hole that threatened to destabilize the individual insurance market.

The original Senate bill, unveiled last week, required insurance companies to offer coverage to everyone, including people with pre-existing medical conditions. But there was no requirement that individuals purchase insurance. Critics said that created a perverse incentive for healthy people to go without insurance, only buying coverage after they got sick. Without enough healthy customers making regular premium payments, insurance companies would be forced to raise prices, driving more customers away — a situation sometimes described as a "death spiral."

The revised bill attempts to solve that problem by imposing a penalty on those who don't maintain continuous insurance coverage: People who let their coverage lapse for at least 63 days in one year would be locked out of the insurance market for six months the following year.

The change comes as congressional forecasters are trying to predict how the Senate bill would affect insurance costs and coverage. The nonpartisan Congressional Budget Office expects the change would slightly increase the number of people buying insurance in the individual market.

It's not clear how strong that effect would be. The Affordable Care Act already includes a limited enrollment window when people can sign up for coverage, along with a tax penalty for those who don't. Even with those provisions, many insurance companies have struggled to attract a good mix of healthy and less healthy customers.

The bill passed by House Republicans relies on a different mechanism to encourage healthy people to buy coverage. Those who don't would have to pay a premium when they finally did sign up.