Accessibility links
Every Senior Applied To College At This Washington, D.C., High School For the first time, every single Ballou High School senior applied and was accepted to college. NPR takes a look at what's next for the low-income high school in southeast Washington, D.C.

For the first time, every single Ballou High School senior applied and was accepted to college. NPR takes a look at what's next for the low-income high school in southeast Washington, D.C. 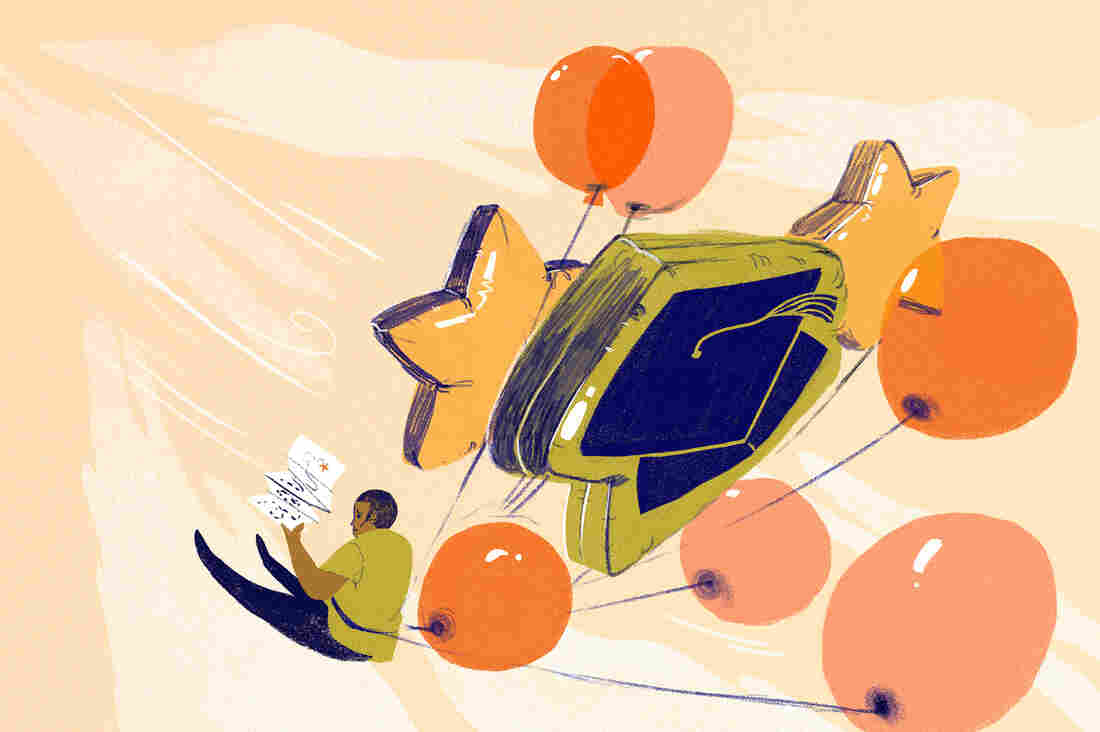 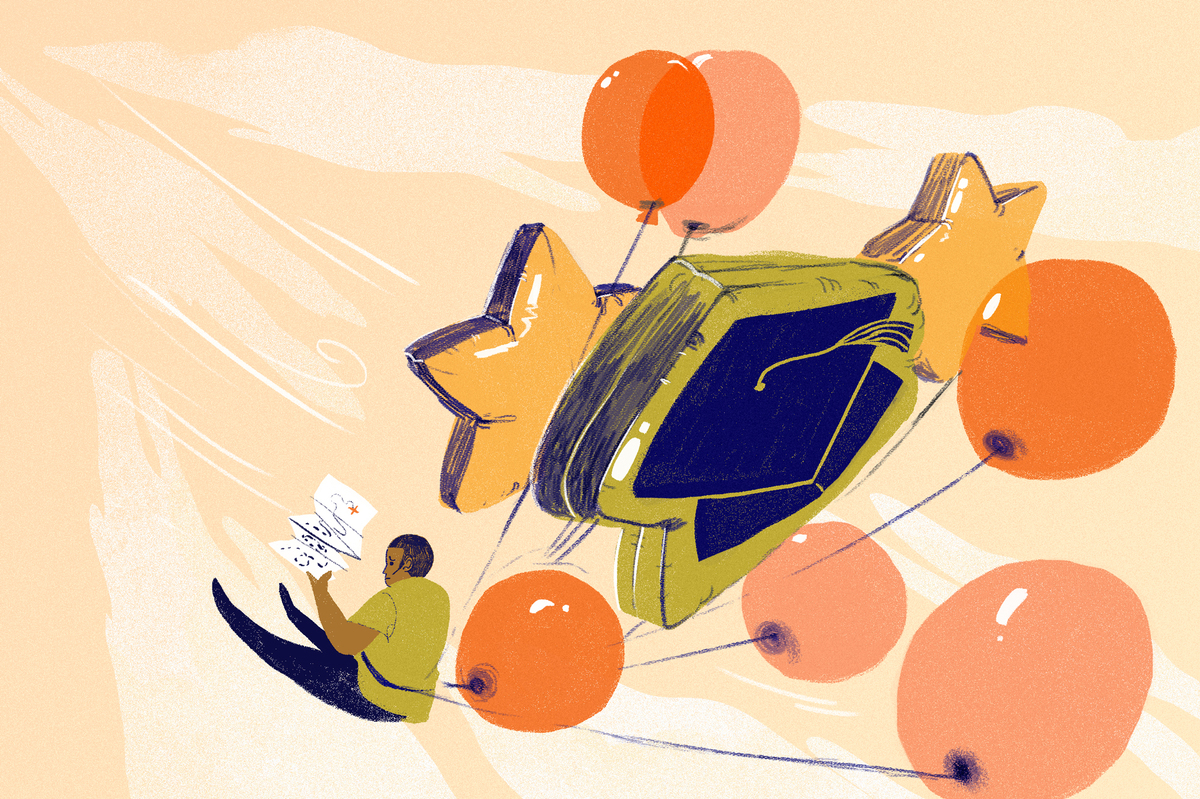 Seniors at a struggling high school here in Washington, D.C., marked a major accomplishment this year. One-hundred percent of the students in its graduating class applied and were accepted to at least one college. This story comes to us from Kate McGee of member station WAMU.

KATE MCGEE, BYLINE: It's graduation day at Ballou High School. Trayvon McKoy and his friends are starting to get sentimental as they wait to walk onto the football field for their big moment.

TRAYVON MCKOY: Man, it's about to be the last time.

UNIDENTIFIED MAN: The last time this gang make this circle for a long time.

MCKOY: For a long time.

MCGEE: For the first time, every senior here received a college acceptance letter. Trayvon says the class is excited.

MCKOY: Everyone walks around with their heads high now in Ballou. Everyone's applied and got accepted to at least one college.

MCGEE: Trayvon plans to study music production at Bethune-Cookman University, where Education Secretary Betsy DeVos was recently booed during her commencement address. Two years ago, he started drumming in Ballou's marching band when he was a new student at the school.

MCKOY: My parents forced me to be in the band. And it's probably one of the best things that's probably ever happened to me.

MCGEE: The band here has always had a good reputation. There's even a documentary about them. But the school has struggled in big ways. Last year, just 3 percent of Ballou's students met citywide reading standards. And while every single one of the 190 seniors were accepted to college, that doesn't include the students who have dropped out along the way. Still, this feels like a big accomplishment for Ballou's teachers, parents, staff and especially the kids, Trayvon included.

MCKOY: Like, we've been dreaming about it all four high school years, so receiving those acceptance letters made everything seem so real.

MCGEE: Like many schools in low-income areas across the country, staff at Ballou are tasked with overcoming major barriers put in place by poverty. The school's principal, Yetunde Reeves, says many students enter high school thinking they aren't college material.

YETUNDE REEVES: Often black students in an urban environment are not told that college could be the next step. And if they decide in four years that's not their decision, then it wasn't because the school said you can't.

MCGEE: With high dropout rates and low test scores, how did this happen? It started with a pledge from seniors. But a strong support system within D.C. public schools made it a reality. Staff tracked students, often working side by side with them to apply for college in the library. It also took a lot of money. Grants, donations and district funds took kids on college tours, and the school incentivized students with pep rallies, T-shirts and free food. When college acceptance letters started rolling in, Trayvon says it was a wakeup call for a lot of his friends.

MCKOY: Everyone would just go around. What college did you apply to? Did you get in? Did you get any? So now all the seniors in Ballou are just planning to step everything up every and, you know, make a difference, change the climate and the culture of Ballou and just mature as people.

MCGEE: The Class of 2017 has made their mark, but it wasn't a year without struggles. More than a quarter of the teaching staff quit before the end of the school year. That's not usually a good sign. And out of the nearly 200 graduates, 26 are still working toward their high school graduation, hoping to earn their diploma in August. Principal Reeves recognizes these realities, and there are still more hurdles to overcome beyond college acceptance. The numbers show many D.C. grads don't finish college in six years.

(SOUNDBITE OF PERFORMANCE OF ELGAR'S "POMP AND CIRCUMSTANCE")

MCGEE: Back in line, Trayvon is about to proceed onto the field for graduation. As he stands there, he looks focused.

MCKOY: I'm ready to walk across stage and turn this tassel.

MCGEE: With that, he heads out of the gym and towards the graduation stage knowing exactly where he's headed next. For NPR News, I'm Kate McGee in Washington, D.C.

(SOUNDBITE OF PERFORMANCE OF ELGAR'S "POMP AND CIRCUMSTANCE")