Accessibility links
'What Would You Do?' Author Wants To Stop Sensationalizing The Donner Party In The Best Land Under Heaven, Michael Wallis chronicles the saga of a band of pioneers who resorted to cannibalism after getting stranded en route West. He says "there's so much more" to the story. 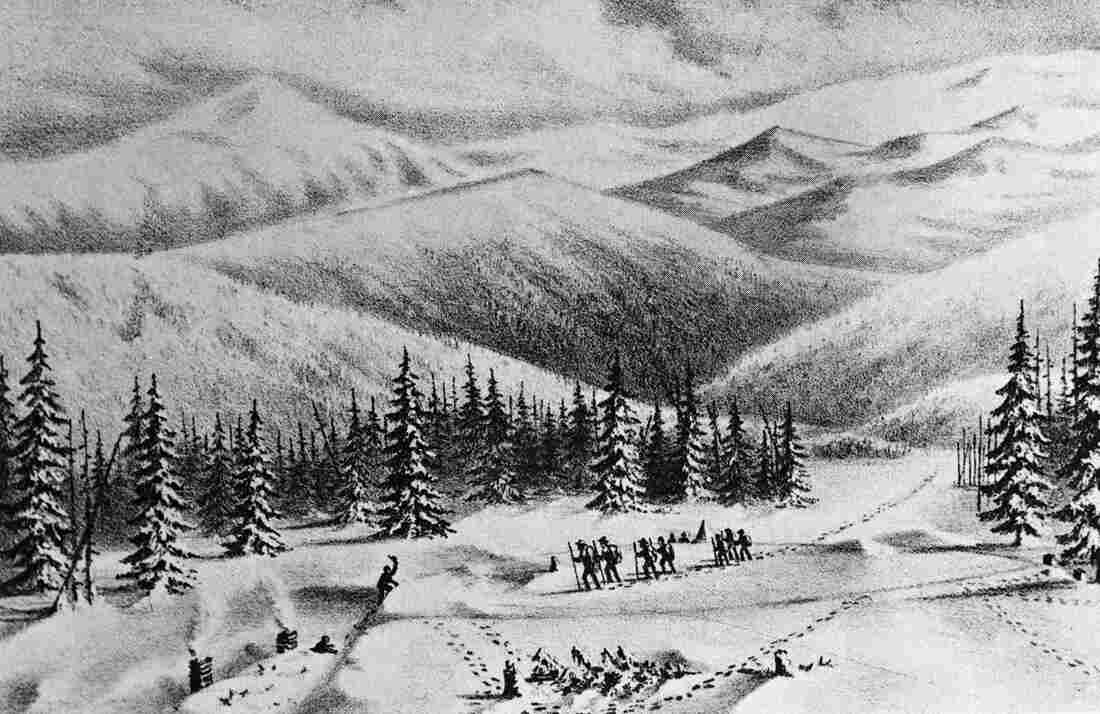 Author Michael Wallis says there are modern lessons to learn from the Donner Party — primarily about the fatal combination of ignorance and arrogance. Above, an undated drawing of the pioneers, looking to make their way West. Bettmann Archive/Getty Images hide caption 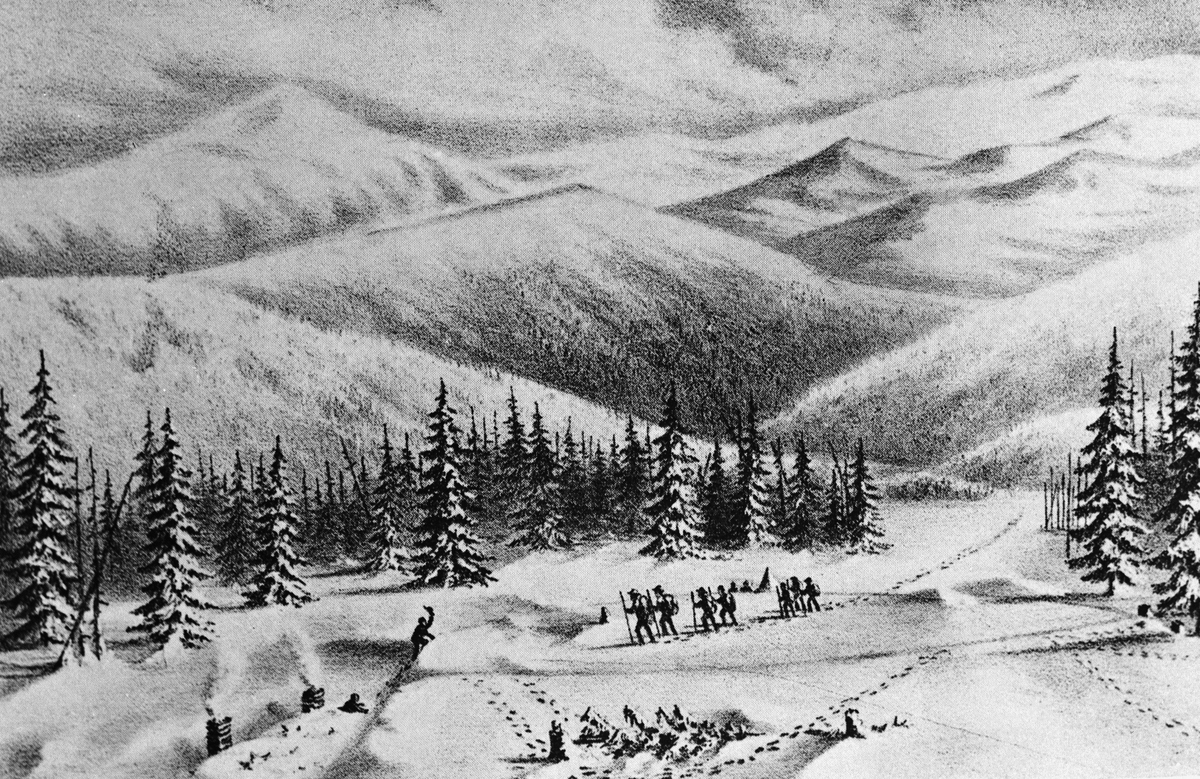 Author Michael Wallis says there are modern lessons to learn from the Donner Party — primarily about the fatal combination of ignorance and arrogance. Above, an undated drawing of the pioneers, looking to make their way West.

Tales from the American West are marked by heroism, romance and plenty of cruelty. Among those stories, the saga of the Donner Party stands alone — a band of pioneers set out in covered wagons for California, and eventually, stranded, snowbound and starving, resorted to cannibalism.

Author Michael Wallis says the story of Donner Party has been sensationalized over the years. His new book chronicles the journey from its beginning, illuminating the challenges the families faced and the fatal error that set them on a tragic course — accepting bad advice that an uncharted shortcut would ease their passage to California. About half of the party survived.

Without the cannibalism, Wallis suspects the ill-fated pioneers would have become a "footnote" in history. Instead, "the focus continues to be on the cannibalism itself," he says, "when in fact there's so much more. That's why I wanted to tell the back story."

His new book is called The Best Land Under Heaven: The Donner Party in the Age of Manifest Destiny.

The three principal leaders of what came to be commonly called the Donner-Reed Party were the two Donner brothers, George and Jacob Donner, and James Reed, an Irish immigrant who struck it rich in the lead mines of Illinois. Reed became friends, at least good strong acquaintances of the Donner brothers, and those were the three that forged this plan to take their families, to take their livestock, to take their belongings and to move West — to follow the California trail to the so-called "land of milk and honey."

On what they packed for their journey

Both the Donner brothers and James Reed did their research, and they were actually quite well-prepared when they embarked on this long journey across the rest of the continent. They knew that ... as many as four to six oxen were necessary to pull those wagons loaded with all of their belongings that they wanted to bring with them to start these new lives. They brought with them cattle and spare horses, saddle horses. 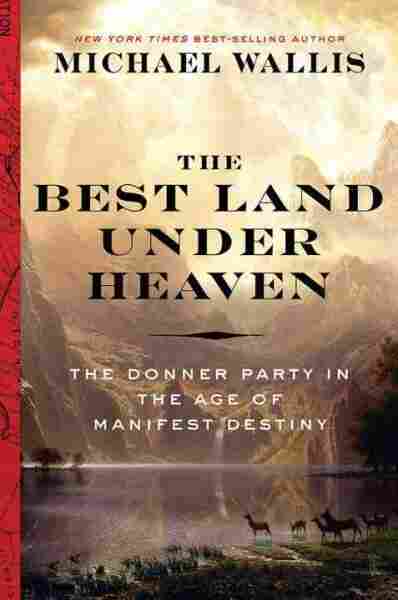 The Best Land Under Heaven

The Donner Party in the Age of Manifest Destiny

In James Reed's case, he brought such a fine wagon that years later it came to be called "the prairie palace." He equipped it with a big feather bed for his infirm mother-in-law to rest in on the journey. He put a cook stove in it. ... It was quite a sight on the road. And most of this material, of course, never made it to the Sierras. It eventually had to be discarded along the way.

On the ill-fated Hastings Cutoff, an alternate route proposed by Lansford Hastings

[Explorer James Clyman, a friend of James Reed, made] a visit to Illinois ... and sat down over beverages that evening around a fire with members of the Donner-Reed Party and focused on James Reed and said, "Don't take this shortcut! Lansford Hastings doesn't know what he's talking about. He, in fact, has never taken this cutoff himself. I advise you strongly, don't take it. Stick to the known California trail. Don't take this shortcut that's going to save you time, because it won't." And unfortunately James Reed didn't heed his old friend's advice.

They needed to trim down the physical size of their caravan, and that meant leaving behind any nonessentials like big feather beds and iron cook stoves, and sadly some of the animals that couldn't make the journey. Some things were cached, buried in the desert sands, always hopeful that they'd come back and get them. Alas, that never really happened.

But they pressed on, facing this horrific heat and agony of the salt desert, and at night, the freezing temperatures. It just took toll after toll after toll on these people and on their animals. They begin to break up a little bit physically. People move ahead and so forth. This happened throughout the whole journey.

On the group starting to break up

There were some deaths. There was the death of a young infant. There was a death of a sick man they had picked up along the way. They lost a lot of their animals. They had to leave behind certain wagons belonging to the different families and groups. They had to consolidate. They had to ... learn to work together, something that proved to be very difficult.

There was already a force at work undermining what should've been a cohesive group. Part of that is, I think, just human nature. It was starting to be survival of the fittest and families pulling themselves into themselves and being concerned mostly with their immediate family as opposed to the whole group.

On the atrocities the pioneers committed against Native Americans

I don't think people realize that California, what became the state of California, was particularly brutal. [For] many California tribes, it was total genocide. There are stories of Anglos going out and literally having target practice by shooting Indians. That was part of that whole Manifest Destiny thing — "we" could possess the continent because there were no people out there. There were Mexicans, yes, a lot of it belonged to Mexico and there were all these Plains Indians, but they in fact weren't people, they weren't human beings, so it's "ours" for the taking.

On the winter coming earlier than expected

By October, it became evident that winter was setting much earlier than expected, and in fact, it did. That, of course, was another big problem, another big reason for this tragedy. They made it up to what's called Truckee Meadows, right around where Reno now is, and were looking towards the Sierras. ... They got to these meadows. ... They rested a bit too long. They ended up literally stopped by these winter storms. They could go no further, so they set up camp ... and there they stayed from October throughout the winter of 1846-1847, just trying to survive.

On their failed attempts to get over the Sierra mountains

They didn't get into these camps and just give up and sit down, there were forays out. ... They'd get up as far as they could go and then they'd be repelled by this incredibly deep snow — we're talking about snow 20- and 25-feet deep, just impossible to get through. They would even fashion snowshoes, and they tried all kinds of ways to get through the snow and couldn't. 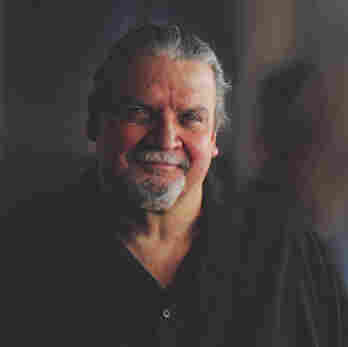 Wallis has written several books about the American West. He is also a voice actor who plays the sheriff in the animated Cars films. Shellee Graham/Liveright hide caption 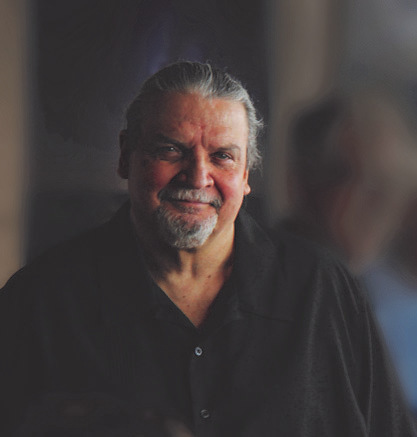 Wallis has written several books about the American West. He is also a voice actor who plays the sheriff in the animated Cars films.

On turning to cannibalism to survive

They ate literally everything before they had to turn to human flesh. They of course killed the great oxen, the horses, everything, and ate that meat. They boiled the hides, they picked out the bone marrow, they made this gelatinous, awful goo from the hides, and it had very little, if any, nutritional value.

They ate field mice they caught in their cabins and camps. They finally got to the point where they had to kill all of their beloved dogs, very sadly, and ate all of them. Then they were chewing on pine cones and ponderosa pine bark. They're starving and they're freezing to death, they're becoming delirious, they had to chew on something, so they chewed on anything they could find.

But ultimately, they turned to the protein that was the human — the dead companions, friends, family that they had storehoused that had already died from starvation and from hypothermia in the snow banks. They did that totally to survive, but it was very much the last resort. ...

They tried their best not to consume flesh of family members, they were so careful.

On putting himself in their situation

Out of all those parties that did [survive], two entire families survived, two large families [including the Reed family.] ... But it was just the Reed family alone that never partook of a piece of human flesh, they were somehow able to avoid that due to the diligence and the care of the mother, Margaret Reed.

These two Miwoks were with [a segment of the Donner Party,] the Forlorn Hope Party, and after cannibalism in the Forlorn Party began, the two Indians refused to eat human flesh. They were growing weaker and weaker and ultimately the rationalism was, once again, "Well, these are Indians, so they're fair game." So they were shot, field dressed, and eaten. ... Ironically, a few days later there were Miwok Indians who came to the aid of the Forlorn Hope and made sure they got down to safety.

On what can be learned from the Donner Party today

I think it tells us not only about the American West but really about the whole nation. ... So many people find that really the idea of Manifest Destiny still exists in this country, this whole idea of American exceptionalism. ...

Those of us who do not learn our history are doomed to repeat it — the sins of the past — and that's certainly the case with the Donner Party. The words that ring out to me continually are two words that combined can be very fatal, then as now, and those words are: ignorance and arrogance.

I think [this] serves as ... a fitting benediction to this whole story — this is what she wrote: "We have left everything, but I don't care for that. We have got through with our lives. Don't let this letter dishearten anybody. Remember: Never take no cut-offs, and hurry along as fast as you can."

Sam Briger and Thea Chaloner produced and edited the audio of this interview. Molly Seavy-Nesper and Beth Novey adapted it for the Web.