Accessibility links
Dear John McEnroe: Putting Serena Williams On The Men's Circuit Is A Losing Game John McEnroe reignited the battle of the sexes when he rushed the net to declare Williams is "an incredible player" and would be "like 700 in the world" if she played on the men's circuit. 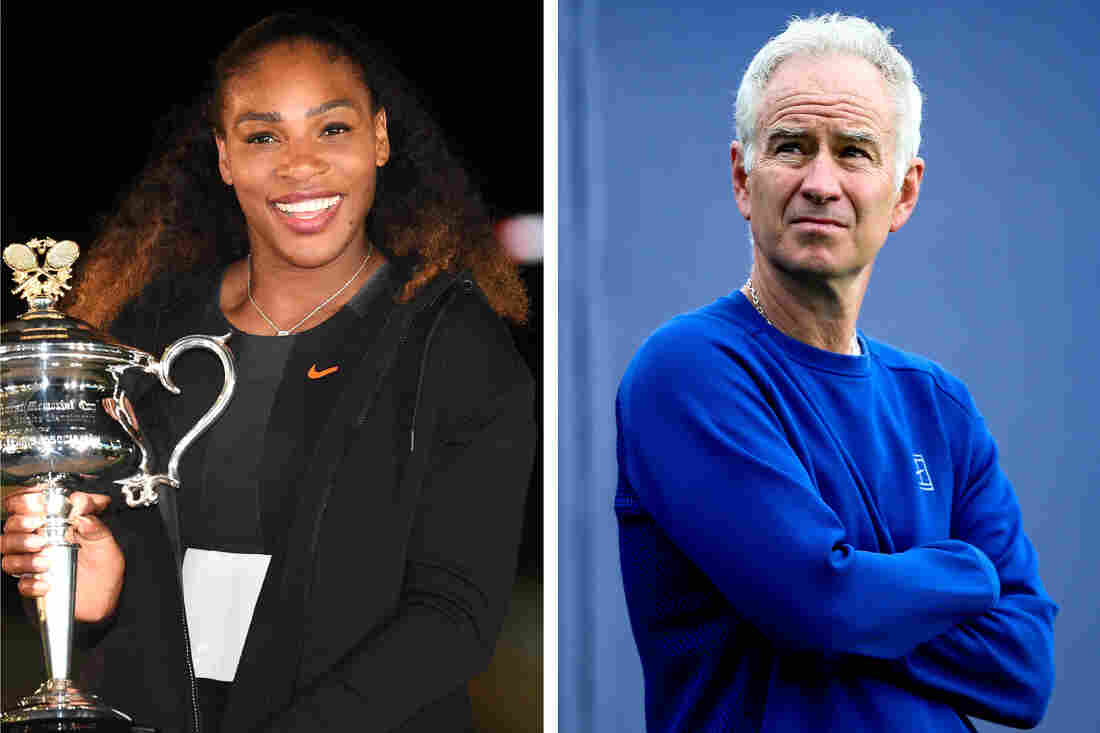 Here's a suggestion. Just stop. Both throw down your rackets, mid-point, and walk away. Saeed Khan/AFP and Jordan Mansfield/Getty Images hide caption 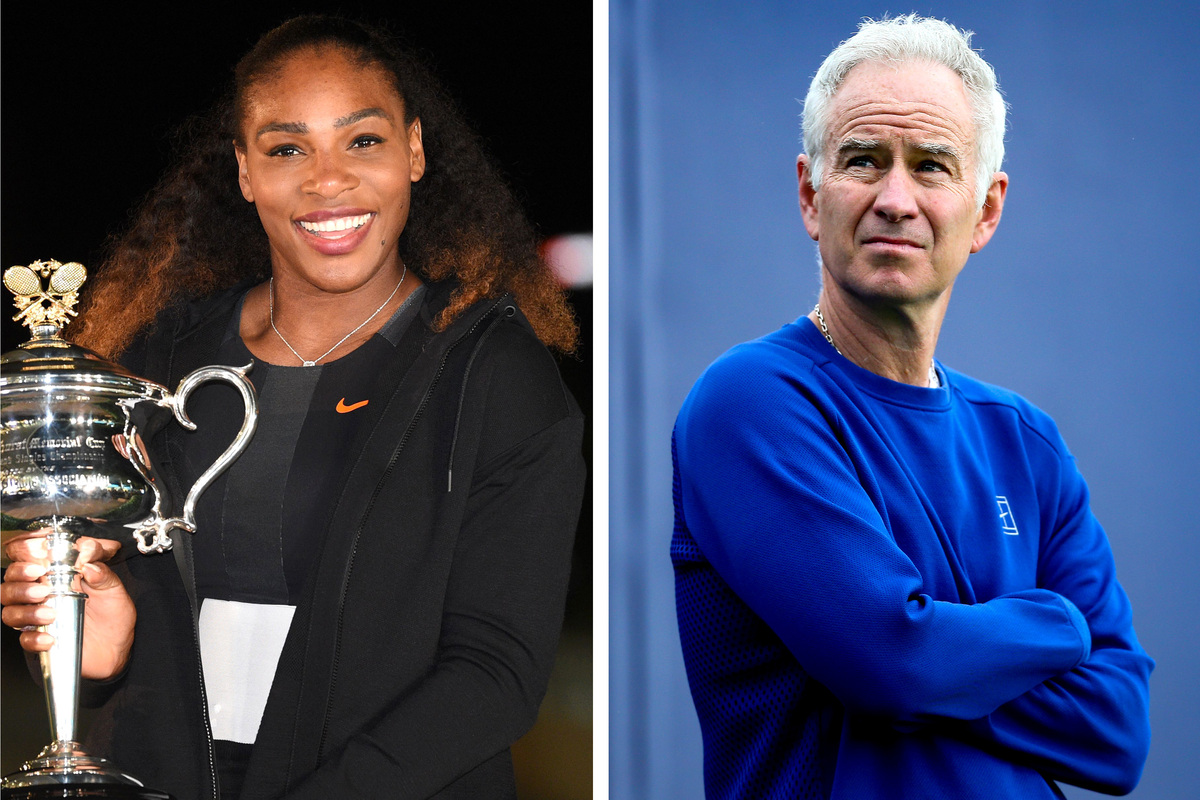 Here's a suggestion. Just stop. Both throw down your rackets, mid-point, and walk away.

Suddenly, John McEnroe and Serena Williams are involved in a tennis match of words, and the pace picked up Tuesday. Both are rushing the net — stick with the metaphor here — and firing volleys.

First it was McEnroe, who told NPR's Lulu Garcia-Navarro on Sunday that while Williams is "an incredible player," (she's won 23 major singles titles and 14 in doubles) she'd be "like 700 in the world" if she played on the men's circuit.

Williams volleyed back via Twitter — with humor, it should be noted.

"Dear John, I adore and respect you but please please keep me out of your statements that are not factually based."

Dear John, I adore and respect you but please please keep me out of your statements that are not factually based.

"I've never played anyone ranked 'there' nor do I have time. Respect me and my privacy as I'm trying to have a baby. Good day sir."

I've never played anyone ranked "there" nor do I have time. Respect me and my privacy as I'm trying to have a baby. Good day sir

And a McEnroe return volley Tuesday on CBS This Morning.

"Would you like to apologize?" -- @NorahODonnell
"No." -- John McEnroe pic.twitter.com/BFN8w2EyfY

When asked whether he wanted to apologize to Serena, he said no.

But he did suggest a way the verbal rally, perhaps, could end.

"Why don't you combine, just solve the problem? I'm sure the men would be all for this, the men and women play together, and then we don't have to guess."

Here's another suggestion. Just stop. Both throw down your rackets, mid-point, and walk away.

And make it a teaching moment for everyone.

Because the whole male athlete vs. female athlete comparison debate is lose-lose. It's one of sport's third rail debates.

I encountered it recently doing this story on the fabulous WNBA star Diana Taurasi. Speaking to veteran women's basketball writer Mechelle Voepel, I mentioned that when Taurasi first burst onto the national scene, as a hotshot guard in college playing for mighty UConn, a lot of male basketball fans marveled at the way she "played like a guy." The way she intuitively moved around the court, flicked jump shots and slashed to the hoop — skills generally associated with playground "ballers."

Voepel, a knowledgeable and talented writer, is also a kind person. So she refrained from calling me a moron. But she did make the following point.

"I've always heard that 'plays like a guy' thing," she said. "What bothers me is that it delineates 'playing like a guy' is good. And then the opposite is playing like a girl is bad. It always makes me wonder, are people watching high level women's sports? Because they all play like they know what they're doing. Nobody's in the WNBA that doesn't have a high degree of athleticism, the ability to do a lot of things on the basketball court.

"Women are supposed to be complimented by it, but mainly I find it irritating, because I don't think 'play like a guy' means anything other than you play like you know what you're doing. And both men and women can play that way."

It's an important point.

Female athletes almost always will lose the women vs. men argument in high-level sports because the men almost always have more strength and speed. But as Voepel points out, that omits other significant attributes such as mental toughness, feel for a sport, understanding of a sport.

So perhaps, once again, we resolve the issue by agreeing not to compare. But to appreciate Diana Taurasi for what she does, and Golden State Warriors star guard Stephen Curry for what he does. And leave it there.

Although, we still have that McEnroe vs. Williams rally hanging in the balance.

In his CBS interview Tuesday, McEnroe said he didn't know his comments about Williams would create controversy. He's a smart guy who's been around sports a long time so it's kind of hard to believe him. He's also a funny and self-deprecating guy who acknowledged he would "currently be about 1,200 in the world" if he played on the men's circuit today.

McEnroe at 1,200 to Williams' 700? McEnroe just popped up his volley. Williams moves in to end it with a thunderous put-away.