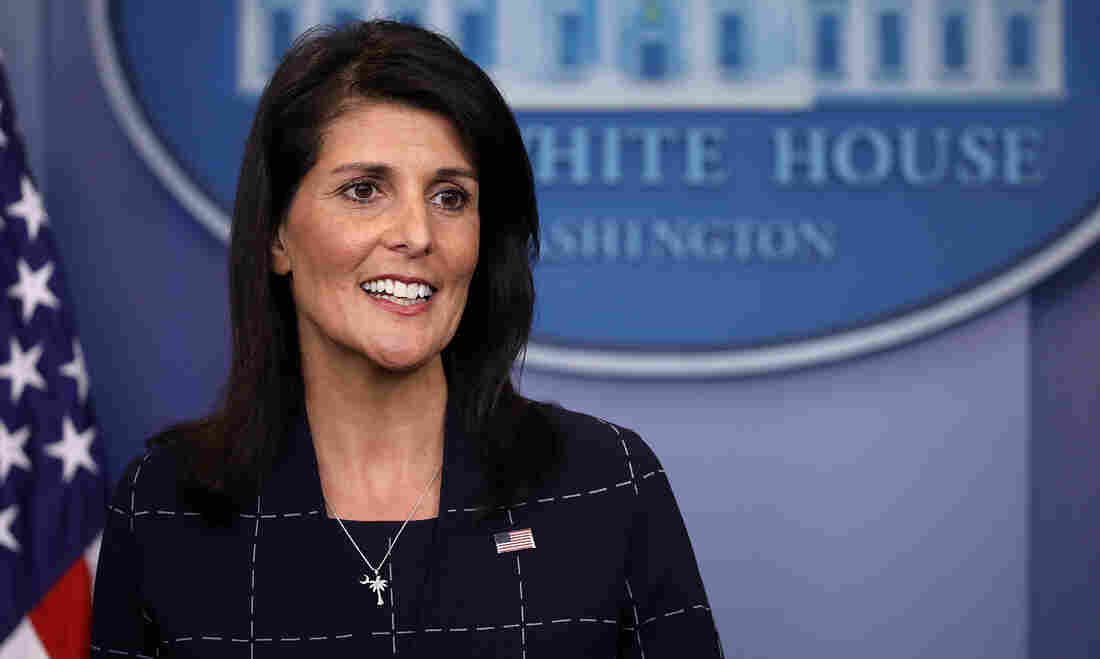 A watchdog group contends that U.S. Ambassador to the United Nations Nikki Haley violated the Hatch Act for retweeting a political message from the president. Chip Somodevilla/Getty Images hide caption 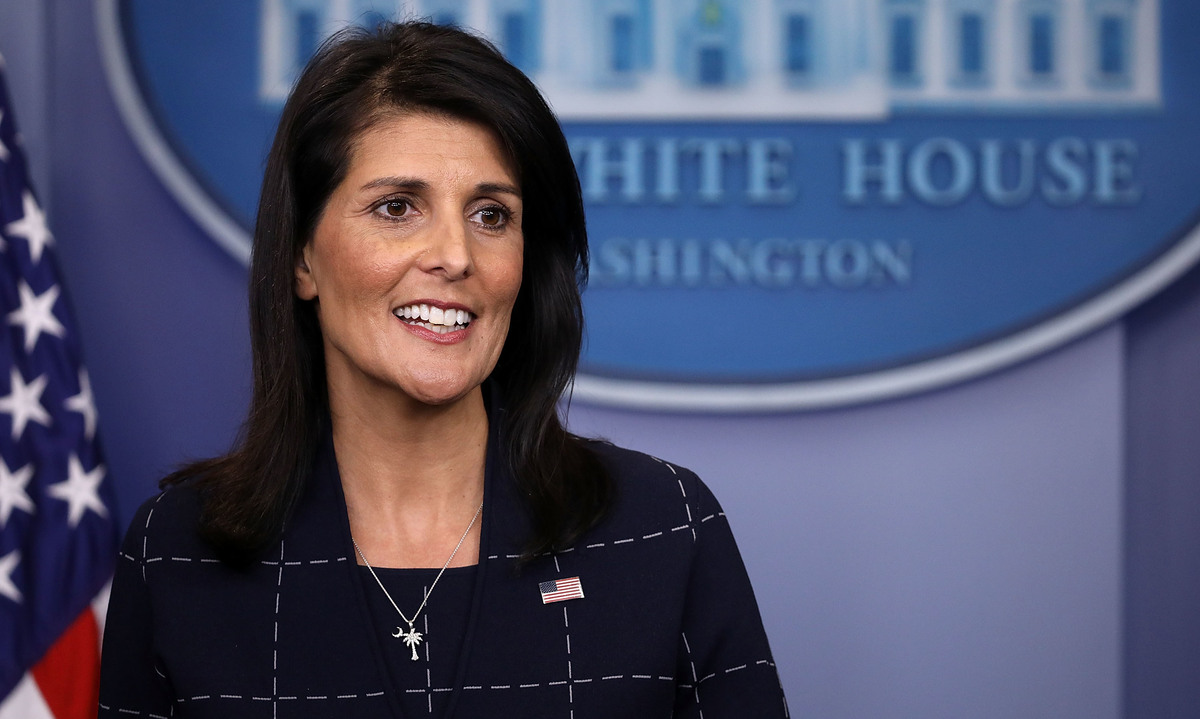 A watchdog group contends that U.S. Ambassador to the United Nations Nikki Haley violated the Hatch Act for retweeting a political message from the president.

A watchdog group says a top Trump appointee violated a federal law by retweeting one of President Trump's tweets.

In a letter sent Tuesday to the Office of Special Counsel, Citizens for Responsibility and Ethics in Washington (CREW) requested an investigation into whether the U.S. ambassador to the United Nations, Nikki Haley, improperly used Twitter for political activity.

CREW charges that Haley violated the Hatch Act, which prohibits executive branch employees from using their "official authority or influence for the purpose of interfering with or affecting the result of an election."

Neither Haley nor her office would comment on CREW's complaint.

At issue is the president's tweet on June 19. He stated his support for Ralph Norman, the Republican running for Congress in South Carolina's 5th District. Norman went on to win the special election.

Later, she removed her retweet, but not before the message may have reached her more than 350,000 followers on the social media platform, CREW said.

"As the recent former governor of South Carolina, Ambassador Haley may care deeply about her party's electoral performance in the state, but the rules separating politics from official government work still apply," CREW Executive Director Noah Bookbinder said in a statement.

The Hatch Act does not apply to the president or vice president.

"There is a certain irony that Haley could get in trouble for retweeting what the president tweeted," said Kathleen Clark, an ethics law professor at Washington University in St. Louis.

Plus, CREW has had success with similar complaints before.

As NPR reported in April, the organization filed a complaint against White House social media director Dan Scavino for a tweet advocating for the defeat of Rep. Justin Amash, R-Mich. On June 5, the Office of Special Counsel responded by sending Scavino a warning letter that future political activity would result in further action.

But since that letter was issued, leadership at the Office of Special Counsel, which handles Hatch Act violations, has had turnover. Carolyn Lerner, an Obama-appointee, handled the previous case. With Lerner's term expiring, however, Trump nominated Henry Kerner to the position. Kerner is a former Republican congressional staffer.

Kerner has not yet been confirmed, so CREW's complaint was directed toward the acting special counsel, Adam Miles.

The Scavino and Haley cases do differ, in that Scavino posted his comments directly to Twitter, while Haley retweeted. Clark says that may not matter.

"People retweet for various purposes. Sometimes people say that retweets are not endorsements, but she does not say that or warn people that way," Clark said. "It appears to be partisan political activity in support of this South Carolina candidate."

On a spectrum of ethics concerns surrounding the Trump administration, Clark said this may not be a top priority, but it is worth notice.

"There is an overabundance of ethics concerns in this administration. I can't count on both hands the number, so I would just add this to the list," she said.