Accessibility links
Alex Cameron's 'Candy May' Shines Like Black Glitter With a video set on the Las Vegas strip, Cameron sings about a wound deeper than the layers of synth carved into the first single from Forced Witness. Angel Olsen sings backing vocals.

We open on a beater driving across a washed-out Nevada, with an intro ripped right out of 1985. Echoing drums snap under a chugging bass line as Alex Cameron, dressed in all white, starts to sing about a wound deeper than the layers of synth that ramp up to the chorus — a relationship that you both cannot sustain and cannot leave.

With a sound that could call back to either Don Henley or Future Islands, "Candy May" nevertheless stands on its own as it carves out a dark groove that shines like black glitter. It's a devastating and danceable single from Forced Witness, deftly produced by Foxygen's Jonathan Rado and mixed by Richard Swift, that features backing vocals from Angel Olsen.

Cameron, an Australian native, fashioned himself into an ersatz lounge singer for his debut, Jumping The Shark, originally self-released in 2013 before finding wider distribution through Secretly Canadian in 2016. The air of a blue-note crooner still circulates through "Candy May," but, in anticipation of Cameron's sophomore record, the persona seems to be dropping away to fully allow the weight of his stark narrative to settle. 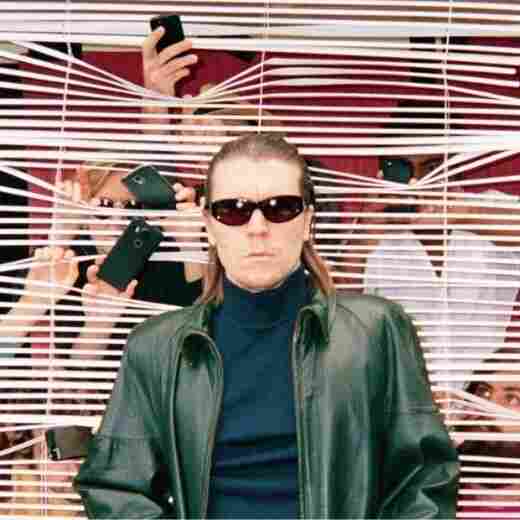 In the video, directed by Meghan McGarry, Cameron wanders around the dirty nighttime neon of the Las Vegas strip: dancing in eerie parking lots, living out of his car, smoking in double denim and returning to sit next to his torturous muse, Candy May, in a fluorescent hotel room. She stares into nowhere as he sings, "I never wanted to look sharp down the barrel of a broken heart / So I live with a deep regret of what I do on the internet."

McGarry explains that "Candy May" is a "visual, gut-wrenching longing, seeping out through the skin with a swagger that is distinctively Alex Cameron." And how. Cameron, known for onstage dancing that smacks of Morrissey in a strobe light, pulls away from these moments of being alone with Candy May to be alone with himself, writhing under the lights of Vegas — a city that typifies the isolation of a crowd — as the saxophone builds. Despite being set in the bustling center of Vegas, the video focuses on no other people. Just Cameron and Candy May, stuck and not wanting to get out.

As the sun blinds in the last shot, Cameron stops dancing and walks out of the frame. The question is whether he's walking back or walking away.