Accessibility links
Trump Travel Ban To Consider Close Family Ties, Job Offers As 'Bona Fide' Relationship The administration is expected to begin enforcing its revised travel ban Thursday at 8 p.m. ET after the Supreme Court ruled this week that it could take effect under certain conditions. 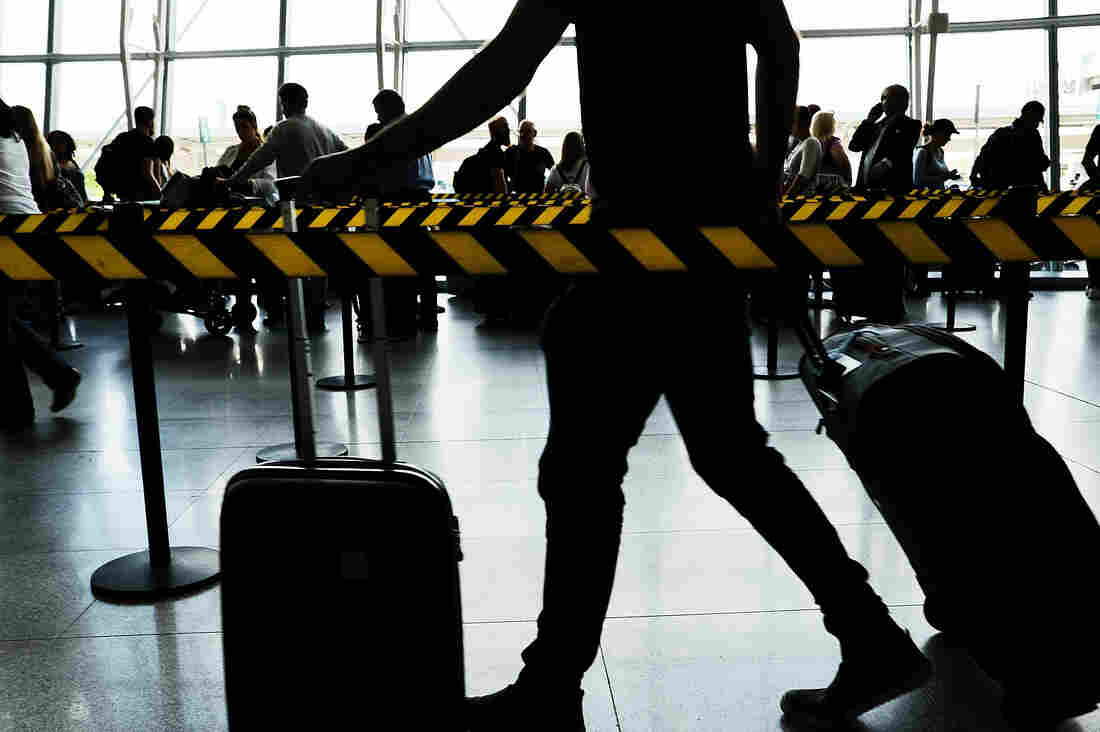 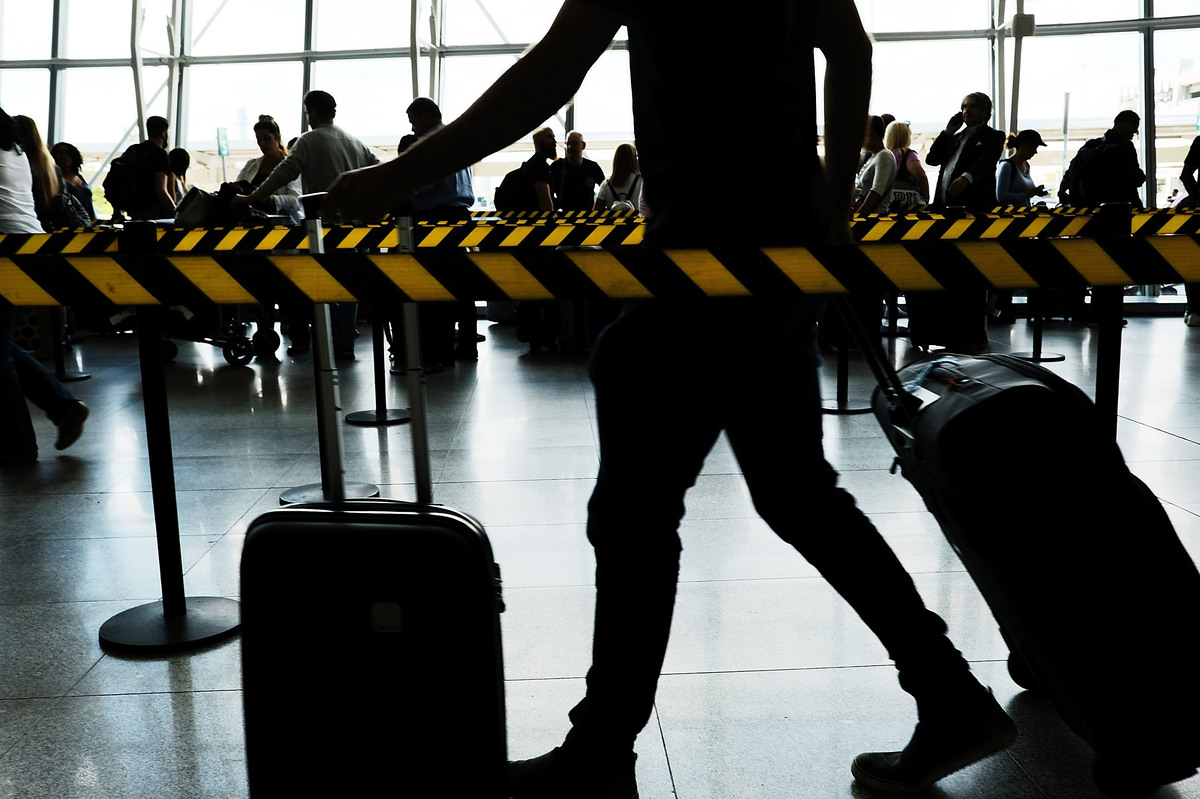 People arrive at John F. Kennedy international airport following an announcement by the Supreme Court that it will take President Donald Trump's travel ban case later in the year on Monday in New York City.

The Trump administration outlined Thursday how it will implement its modified travel ban, following the Supreme Court's decision on Monday lifting a stay on the executive order imposed by two lower courts.

The Supreme Court ruled Monday that the modified ban cannot be applied to "foreign nationals who have a credible claim of bona fide relationship with a person or entity in the United States."

Senior U.S. officials who briefed reporters on a conference call but would not allow themselves to be identified, told reporters that the order will allow travelers from Iran, Libya, Somalia, Sudan, Syria and Yemen to enter the U.S. if they have close family ties. Those ties are defined as a parent, including parent-in-law; spouse; child; adult son or daughter, including son-in-law or daughter-in-law; and sibling, including half and step siblings.

However, the administration's definition does not include grandparents, grandchildren, aunts, uncles, nieces, nephews, cousins, brothers-in-law and sisters-in-law, fiances and other extended family members.

Under the administration's interpretation of the high court's ruling, people who have accepted job offers in the U.S. or an invitation to lecture at a U.S. university may also receive visas.

The modified order also bars refugees from entering the U.S. for 120 days, although refugees already scheduled to be resettled in the U.S. through July 6 will be allowed in. And, in keeping with the high court's order, refugees who can show a "bona fide relationship" will be allowed entry. But that does not include refugees without qualifying family members in the U.S., even if they have established relationships with resettlement agencies, under the Trump administration's interpretation of the high court's ruling.

In at least a partial victory for the president, the Supreme Court lifted the stay, issued by federal courts in Maryland and Hawaii, that had prevented the order from taking effect, while the justices consider whether the ban is constitutional. During the course of litigation over the revised ban, the president directed his administration to begin implementation "72 hours after all applicable injunctions are lifted or stayed," which would be Thursday.

As NPR reported earlier this week, the initial version of the travel ban, issued Jan. 27, "caused chaos at airports across the country until it was blocked by a federal judge in Washington state" on Feb. 3, a ruling that was upheld by the U.S. Court of Appeals for the 9th Circuit. That prompted the administration to craft a revised version in March that omitted references to religion and specifically exempted green card holders. But that order, too, was challenged by lawsuits. It was blocked by lower courts in Maryland and Hawaii, decisions also upheld by appeals courts, and never took effect.

The State Department said Wednesday that once the order is implemented, it will process visa applications for nationals of affected countries "as directed by the Executive Order and in full compliance with the Supreme Court's decision."

The administration has said the order will be implemented "in a professional, organized and timely way."

Various advocacy groups have been seeking guidance as to what constitutes "a bona fide relationship" with a person or entity in the U.S.

In a statement, Muslim Advocates, a civil rights group, questioned the wisdom of the administration's approach. The State Department guidelines "are extremely disappointing and troubling," the group said. "Defining close family to exclude grandparents, cousins, and other relatives defies common sense; it also directly goes against the intent of the Supreme Court's order."

The group's statement also said it will have a presence at Dulles International Airport outside Washington, D.C., Thursday night to ensure that travelers "don't get ensnared by this still unconstitutional policy."