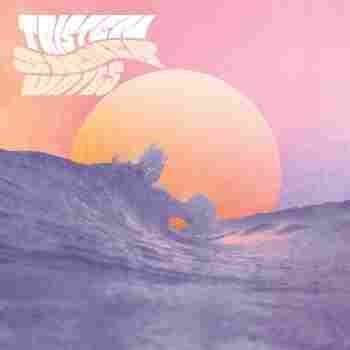 In coastal Oregon parlance, a "sneaker wave" is an unpredictable departure from the ordinarily gentler waves lapping at the sand. The notion of a natural phenomenon that possesses the power to blindside blissful beachgoers so captured the imagination of Tristen Gaspadarek, the singer, songwriter, arranger and keyboardist who records simply as Tristen, that she titled her beguiling third album Sneaker Waves. "These waves come up out of nowhere and they'll just wash you away," she marveled to an interviewer. It's an apt image for the impact of these 11 songs.

We often expect the tone of a pop song to be telegraphed in the way it's sung. And because poptimism has yet to entirely eradicate the perception of female pop performers being told what to sing and how to sing it, and contributing precious little expressive meaning in the process, there's a much greater tendency to hear a woman's singing as a literal mirror of a song's sentiment. But that simplistic view breaks down next to Gaspadarek's work. A respected member of Nashville's indie pop and rock scene who was drafted for Jenny Lewis's Voyager-era touring band, Gaspadarek is both artful and exacting about her craft. She knows what it takes to transform straightforward gestures into something deeper. "I just feel like I completely sacrifice myself to this thing I'm trying to express," she once explained.

Sneaker Waves abounds in toothsome melodies and glistening layers of guitar and synth. (Tristen and her husband/collaborator Buddy Hughen handle nearly everything but the rhythm section and orchestral accompaniment.) Her voice is a willowy instrument, and she uses it confidingly, the demureness of her vocal attack beckoning listeners into intimate range. But it's not softness that she's delivering; she bears quietly lacerating witness to vulnerability.

In "Alone Tonight," a broody, '80s throwback, she dares to voice emotional needs after a callous lover unilaterally decrees their parting of ways. In the elegantly melancholy "Frozen," she captures the deadening effect of abandonment. Though it sounds bright and brisk, "Partyin' is Such Sweet Sorrow" laments the hollowness of seeking momentary distraction from loss. "Glass Jar," which features harmonies from Lewis, resists the notion of having one's feelings sealed off by someone who chooses not to engage. "I don't have to say goodbye," Gaspadarek coolly insists. "You don't get to see me cry. You put me in a glass jar and tap, tap, tap to see how I move."

"Negotiating" is particularly ruthless in its narration of insecurities bred by one-sided devotion. The icy, pulsating synth-pop groove swells to grand proportions, before veering into a dreamy, swinging girl group feel. "Nobody is gonna love you like I do," she warns, cooing her own harmonies. (It's no coincidence that in her hometown scene, she's been called on to perform in annual girl group tribute shows that celebrate the oft overlooked emotional agency of the all-female outfits that were shaped and marketed by male industry heavyweights like Phil Spector and Berry Gordy.)

Gaspadarek doesn't limit her perspective to autobiographical confession. What she does instead is carefully calibrate how she frames her reflections, pleasing the ear even as she pricks the conscience. Though its results are rewarding for us, that's hardly an easy approach to crafting pop. She seemed to suggest as much in a poetry collection that she published last year:

it was written long ago

that i would be forever young and fun

my thoughts would turn them off

cos i can only cough