Accessibility links
Too Close For Comfort: Insiders Worry About DOJ Lawyers Speaking At White House Recent appearances by the attorney general and a U.S. attorney at the White House podium have some current and former Justice Department officials worrying about law enforcement independence.

Too Close For Comfort: Insiders Worry About DOJ Lawyers Speaking At White House

Too Close For Comfort: Insiders Worry About DOJ Lawyers Speaking At White House 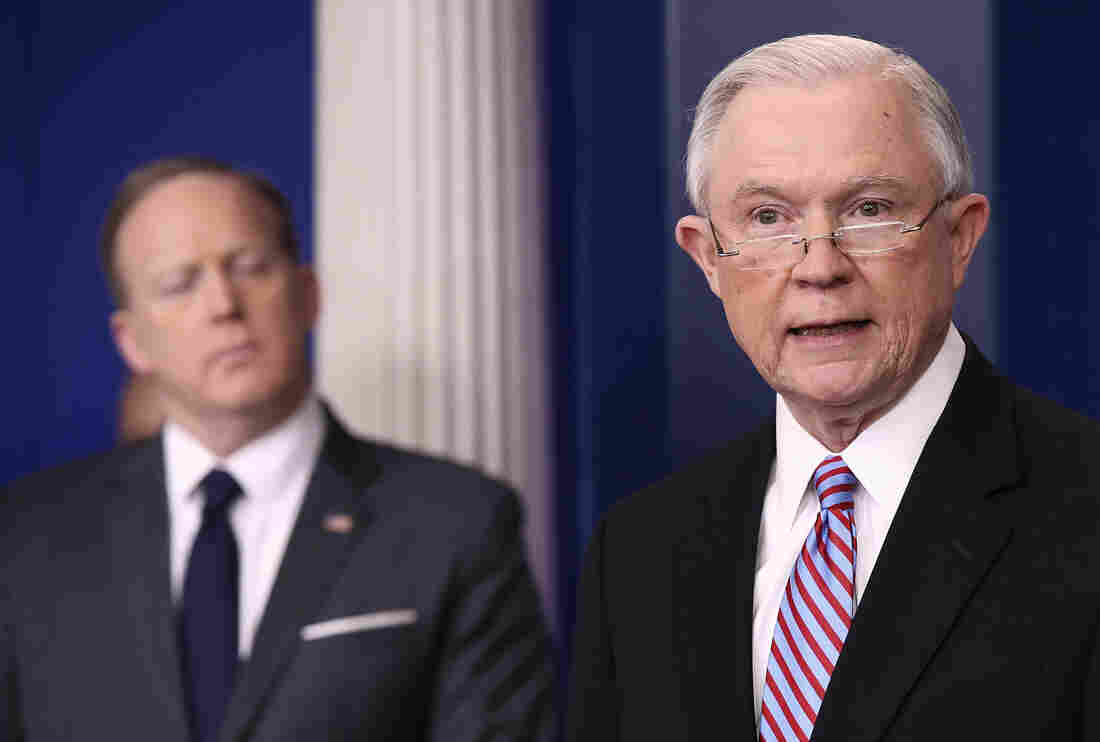 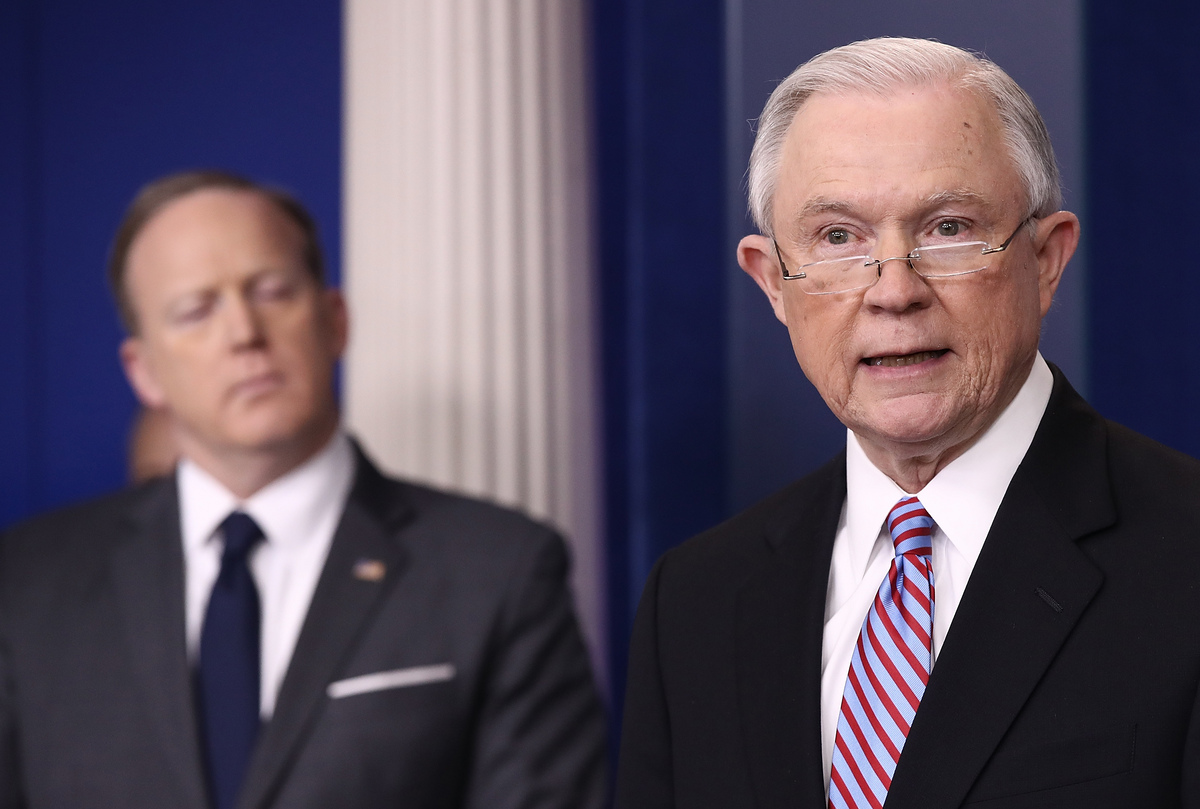 John Huber is a career prosecutor in Utah who's served in both Democratic and Republican administrations. This month, the Trump White House nominated him to serve as a U.S. attorney in that state.

But it came as something of a surprise to current and former Justice Department veterans Wednesday when Huber appeared for a news conference in Washington: not in the halls of Justice, but at the White House podium.

Huber and the director of Immigration and Customs Enforcement used the platform to advocate for the passage of House bills that increase penalties for undocumented immigrants who break the law and jurisdictions that refuse to share information with federal immigration authorities.

"Kate's Law enhances our ability to stem the tide of criminals who seem to almost always return to victimize us," Huber told the reporters assembled in the briefing room.

To some Justice Department insiders, that appearance was a problem, undermining confidence that DOJ and the FBI's law enforcement functions operate independently of the White House.

"This is another example of the Trump administration blurring the lines between the White House and law enforcement and encroaching on the Justice Department's independence," Miller said. "U.S. attorneys shouldn't be anywhere near the White House podium in any event, and they certainly shouldn't be there weighing in on hot-button issues as part of a White House political strategy. Every time the Trump administration crosses one of these lines, they weaken the rule of law in America."

A month later, speaking at the border near Nogales, Ariz., Sessions said, "For those that continue to seek improper and illegal entry into this country, be forewarned. This is a new era. This is the Trump era."

Sarah Isgur Flores, a spokeswoman for Attorney General Sessions, brushed back questions this week about the department's proximity to the White House.

"The Department of Justice is committed to making America safe again through fundamental law enforcement principles and will not hesitate to speak out in any venue about policies that endanger neighborhoods and communities around the country."

To be sure, questions about the closeness of top DOJ officials to the president have persisted for generations.

But that gives little comfort to former prosecutors and policy aides who follow President Trump's tweets and actions.

During the campaign, he called for the prosecution of his political opponent, Hillary Clinton. In the White House, he fired FBI Director James Comey and without any evidence, suggested the FBI had illegal wiretapped Trump Tower during last year's campaign.

Trump recently resumed his conflict with news outlets that have reported on him critically. This week, he has bashed CNN as "Fake News," tweeted a female MSNBC anchor was "bleeding badly from a face-lift," and raised questions about whether Amazon, whose founder owns the Washington Post, has been paying its fair share of taxes.

For people questioning the distance between top Justice Department brass and the president, one Republican former law enforcement official offered this reminder: Trump has mulled firing both his attorney general and his deputy attorney general, only five months into his presidency.