Accessibility links
Chicago, Feds Team Up On 'Strike Force' To Curb Violence The force will target "violent offenders who have no regard for human life," said the Illinois State Police director. 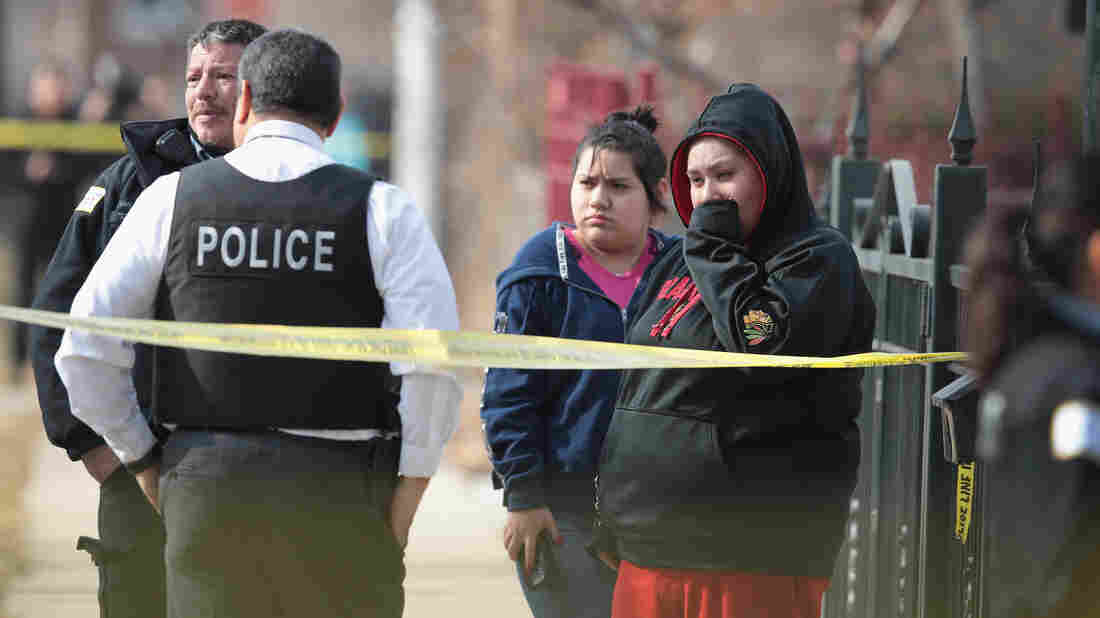 Police investigate the scene of a double homicide in Chicago in February. More than 1,700 people have been shot in the city so far this year. Scott Olson/Getty Images hide caption 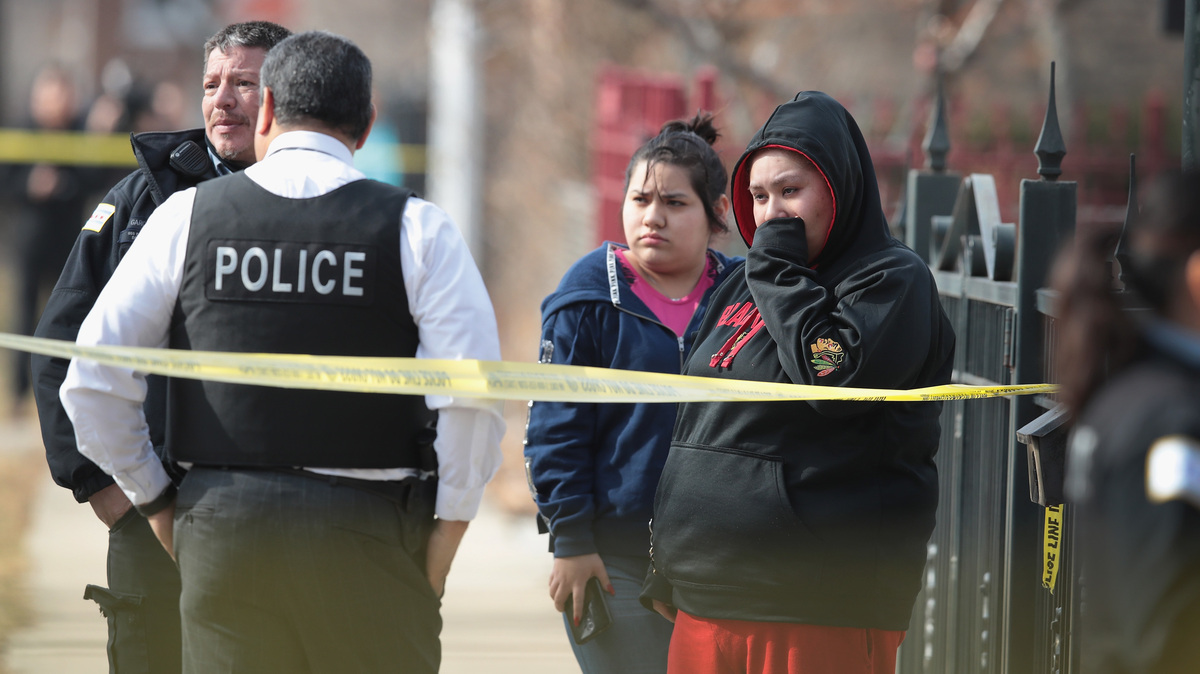 Police investigate the scene of a double homicide in Chicago in February. More than 1,700 people have been shot in the city so far this year.

President Trump says he is "sending in Federal help" to Chicago to help curb gun violence.

The president tweeted early Friday that crime in Chicago has reached "epidemic proportions," referencing the nearly 2,000 shootings in the city so far this year.

The tweet came ahead of a press conference announcing a new 'Strike Force' — a collaboration between the federal Bureau of Alcohol, Tobacco, Firearms and Explosives bureau and the Chicago Police Department.

"The level of violence continues at an unacceptable level," said Joel Levin, acting U.S. attorney for the Northern district of Illionois. "It is a battle that can only be fought with all hands on deck."

White House spokeswoman Sarah Huckabee Sanders said at Friday's press briefing that the main root of Chicago's crime problems were "pretty clear": "I think that crime is probably driven more by morality than anything else," she said.

Twenty ATF agents have been permanently sent to the city for what officials called a "laser focus" on the illegal trafficking of weapons. They join 41 ATF agents already in Chicago. The force will also focus on investigating and prosectuing repeat gun offenders.

"We want to get to the people who are putting some of these guns on the street illegally," Chicago Police Chief Anthony Riccio said.

"It targets the violent offenders who have no regard for human life," said Leo Schmitz, Illinois State Police director.

A spokesperson for Chicago Mayor Rahm Emanuel was not impressed with the task force, telling the New York Times, "If the president was as interested in taking action on public safety as he is in tweeting about it, we would have seen these resources months ago."