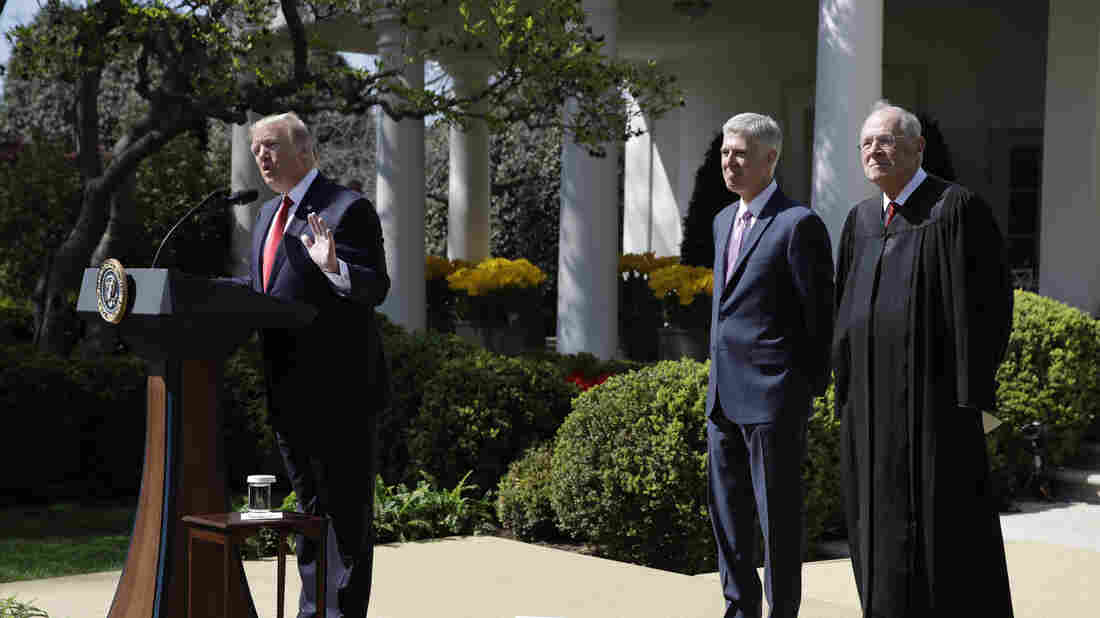 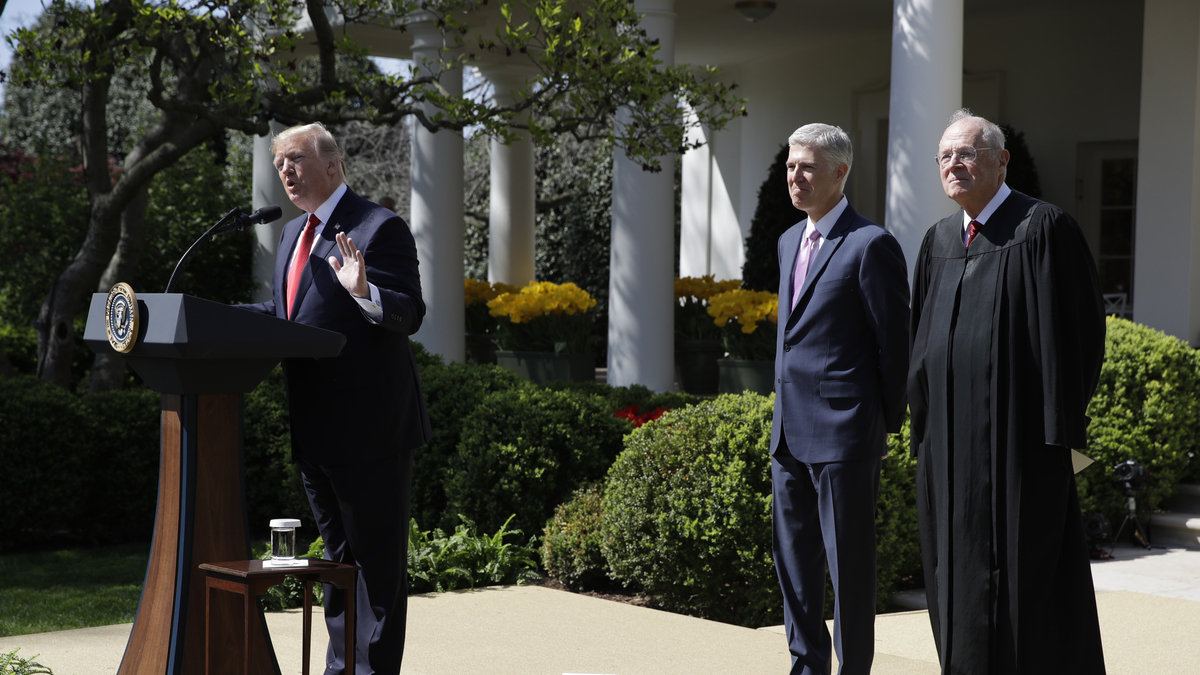 President Donald Trump, accompanied by Supreme Court Justice Anthony Kennedy, right, and Justice Neil Gorsuch speaks in the Rose Garden of the White House on April 10, 2017, before a public swearing-in ceremony for Gorsuch.

By now, we can probably say that Justice Anthony Kennedy is not retiring from the U.S. Supreme Court. The word "probably" is apt because nothing is certain about the plans of this or any other Supreme Court justice when it comes to ending his or her service on the nation's highest court.

But this week, the court wrapped up the current term, and Kennedy, who turns 81 in July, seems to have decided to stay on the job — at least for the coming term.

There could be a variety of reasons. As an institutional matter, he could well have concluded that there had been enough uncertainty and drama on the court after the death of Justice Antonin Scalia, and the vacancy that lasted for well over a year with Senate Republicans refusing to even consider President Obama's nominee.

Kennedy may also have thought it best to ensure that there is a full complement of nine justices for at least a year. He could even have been put off by President Trump's tweets about the judiciary.

But it is unlikely that Kennedy will remain on the court for the full four years of the Trump presidency. While he long ago hired his law clerks for the coming term, he has not done so for the following term (beginning Oct. 2018), and has let applicants for those positions know he is considering retirement.

Kennedy's position on the court is more than consequential. In the most hotly contested and closely divided cases, his vote often decides the outcome. With every passing day, it has become more clear that President Trump's first Supreme Court nominee, Neil Gorsuch, is probably even more conservative than the justice he replaced, Antonin Scalia.

Ideological footprints in the sand

It is unusual to see a new justice's ideological footprints so clearly in his first year or two on the high court. Indeed, most new justices, including those with long careers on the lower courts, are somewhat hesitant at first. They understand that the Supreme Court's word is the final word, and that looking at issues from this new perspective is somewhat different from the perspective of a lower court judge, whose job is to carry out the mandates of a higher court.

But Justice Gorsuch seems both sure-footed and sure of himself and his views. Though he was confirmed in time to hear only the final two weeks of the term's oral arguments, his votes and opinions in those cases — and others that the court has disposed of since he was sworn in — paint a vivid picture of a justice on the far right of the current Supreme Court bench. 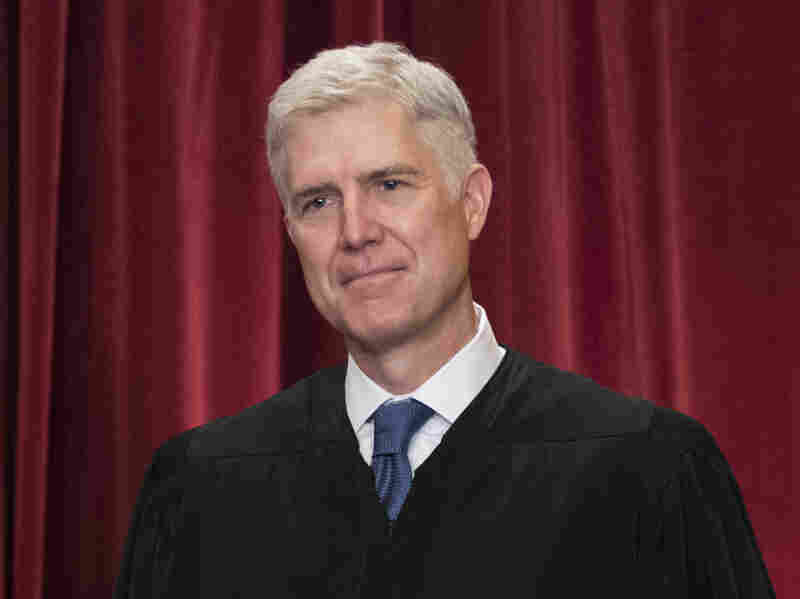 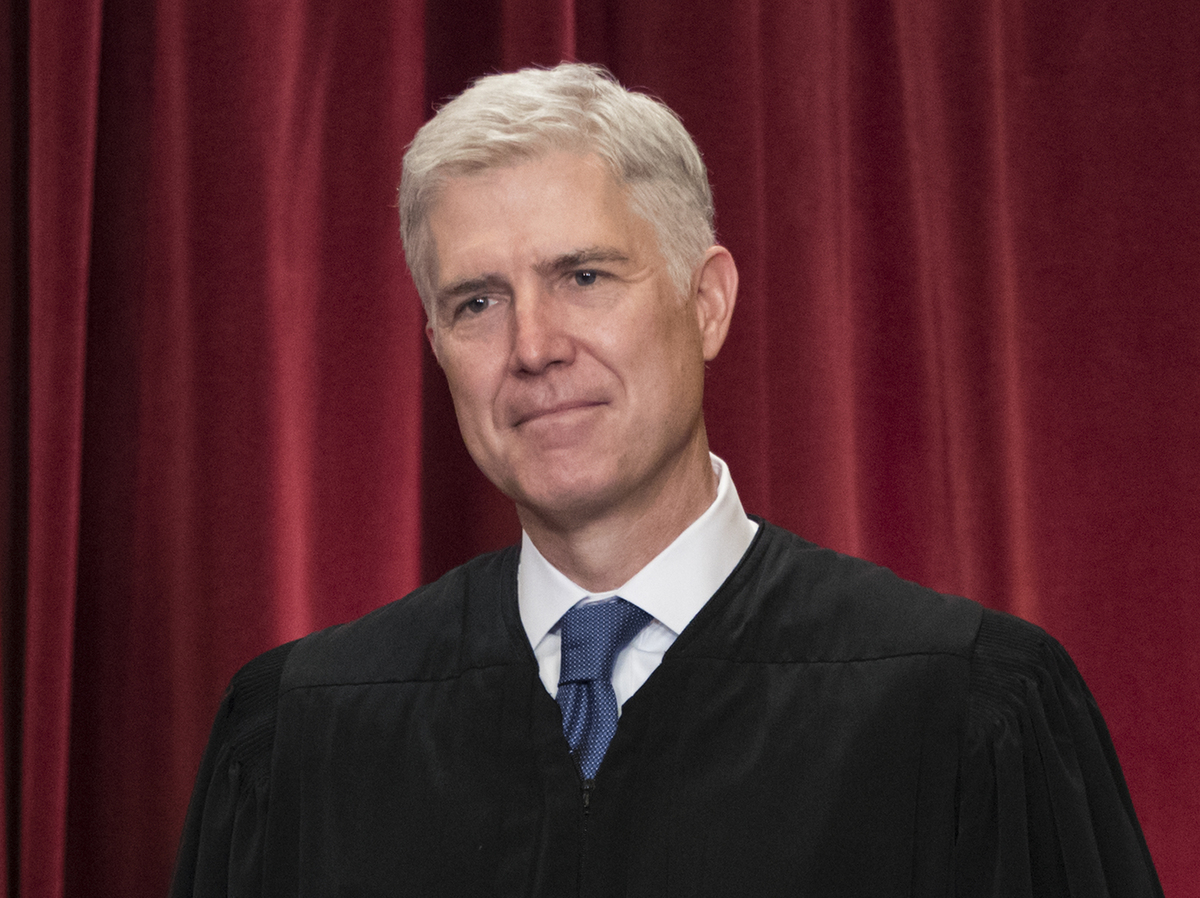 In this June 1, 2017 file photo Supreme Court Associate Justice Neil Gorsuch is seen during an official group portrait at the Supreme Court Building in Washington, D.C.

Indeed, he voted 100 percent of the time with the court's most conservative member, Clarence Thomas, according to SCOTUSblog.

If Thomas is Gorsuch's new best friend, in terms of votes, his second-best friend statistically is Justice Samuel Alito, with whom he voted next most often.

Those three, and sometimes just two, represented the far right of the bench this term, while Chief Justice John Roberts and Justice Kennedy represented the center right. On the ideological left, Justices Ruth Bader Ginsburg and Sonia Sotomayor voted together most often — 78 percent of the time — and to a somewhat lesser extent with Justices Stephen Breyer and Elena Kagan, who might be characterized as on the center left.

A look at the court's last day sitting this week is illustrative.

Gorsuch, Thomas and Alito would have let the modified Trump travel ban go into effect in its entirety, while six justices, including the chief justice and Kennedy, issued a compromise ruling that allowed the executive order to go into effect with certain conditions. Until the court reviews the order more fully in October, the six said that the modified ban cannot be applied to "foreign nationals who have a credible claim of bona fide relationship with a person or entity in the United States."

On gay rights, the three dissented when the court summarily struck down an Arkansas law that barred married same-sex couples from having both their names on a birth certificate. Writing for the conservative trio, Gorsuch said, "It is very hard to see what is wrong with . . . a birth registration regime based on biology."

In contrast, the other six justices, including the chief justice and Kennedy, wrote that the court's 2015 decision declaring a right to marry for same-sex couples guaranteed more than a marriage certificate. It also guaranteed "the constellation of benefits that the States have linked to marriage." And the majority observed that the states, including Arkansas, do not have a paternity requirement for opposite-sex couples to list both names on a birth certificate.

On gun rights, Gorsuch and Thomas voted to hear a challenge to a California law barring people from carrying a gun in public for self-defense. The other seven justices left in place a lower court ruling that upheld the law.

On the subject of campaign finance, Gorsuch and Thomas cast similar dissenting votes when the court refused to hear a challenge to the so-called soft-money ban contained in the McCain-Feingold campaign finance law.

And finally, Gorsuch and Thomas refused to sign on to the limiting language of the court's 7-to-2 decision on state aid to religious schools. Five justices agreed that it was unconstitutional for the state of Missouri to deny public funds to resurface the playground at a church school. But Gorsuch and Thomas wrote separately to strongly suggest that, in their view, religious schools are entitled to the same kind of taxpayer funding that other schools get.

Next term, thunder and lightning

If, as many observers characterized it, this term was the "calm before the storm," the next term will have plenty of thunderbolts.

Among the issues facing the court will be:

In this case, as in so many others, Justice Kennedy's vote is likely to be pivotal. In a case testing partisan gerrymandering in 2004, Kennedy said he was amenable to the idea of a limit on partisan gerrymandering, but he couldn't figure out a neutral test to gauge how much is too much. Now, in a case from Wisconsin, some progressive groups contend they have come up with a test that would work. The outcome will assuredly determine how our democracy functions in the years to come.