Accessibility links
Writer Elin Hilderbrand, 'Queen Of Summer,' Wears Her Crown Proudly Hilderbrand reigns over the summer book market with her breezy novels, mostly set in Nantucket. Even if you're in a drab office, she says, if you're reading one of her books, you're at the beach. 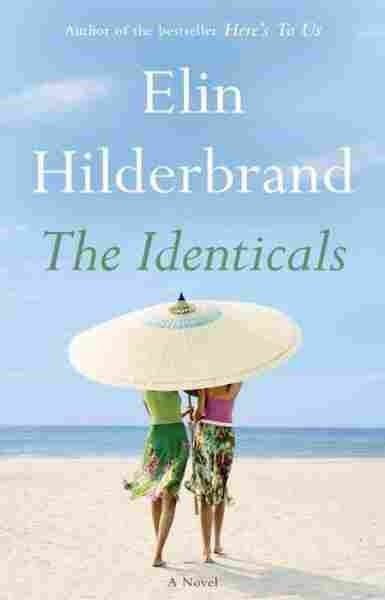 They call her the queen of summer, because writer Elin Hilderbrand has perfected the kind of book you can devour while sitting on the beach or by a lake, or pretty much anywhere on a hot summer day. She sets her stories in Nantucket, a summer paradise where she lives year round.

Hilderbrand fell in love with summer when she was young, at the cottage her family rented on Cape Cod. Her father set down some strict rules for the kids, including the most important one: If the sun was shining, they had to spend the whole day at the beach.

When Hilderbrand turned 16, her father was killed in a plane crash. She spent the next summer working in a factory making Halloween costumes. "I was folding Rambo headbands eight hours a day, stapling clown hats to cardboard forms," she tells me. "And when I was doing this, I thought to myself, I don't care what happens the rest of my life but I'm gonna find a way to spend every summer at the beach.

Strangely enough, she found her way to that endless summer beach — in Iowa. Hilderbrand got a coveted spot at the prestigious Iowa Writers Workshop, known for nurturing the most revered literary fiction writers. Hilderbrand hated it; she was told she would never get published, the writing workshops were competitive and stressful, and the ocean was very far away.

"So I'm so miserable," she says, "and they have free therapy at Iowa, so I go to therapy every week and I'm telling my therapist how sad I am. And I decide that I'm going to do my own therapy and I'm gonna start writing a novel that's set on Nantucket, which I miss so desperately, and so I start writing The Beach Club."

Miserable though she might have been, Hilderbrand hit pay dirt when Michael Carlisle — a visiting agent looking for new talent — picked her out of the crowd. He offered to represent her, and promised they'd make lots of money. Carlisle is still Hilderbrand's agent, and joined her earlier this year as she signed stacks of her latest book, The Identicals, at Book Expo, the publishing industry's annual convention. 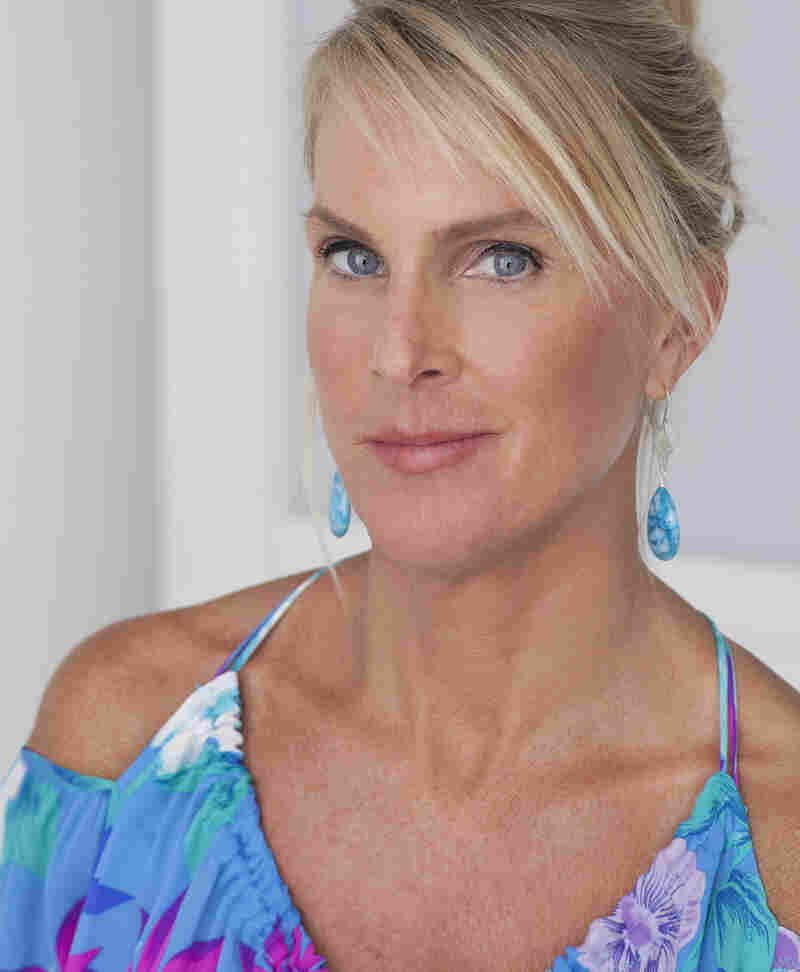 Author Elin Hilderbrand fell in love with summer as a kid, at the cottage her family rented on Cape Cod. Nina Subin hide caption 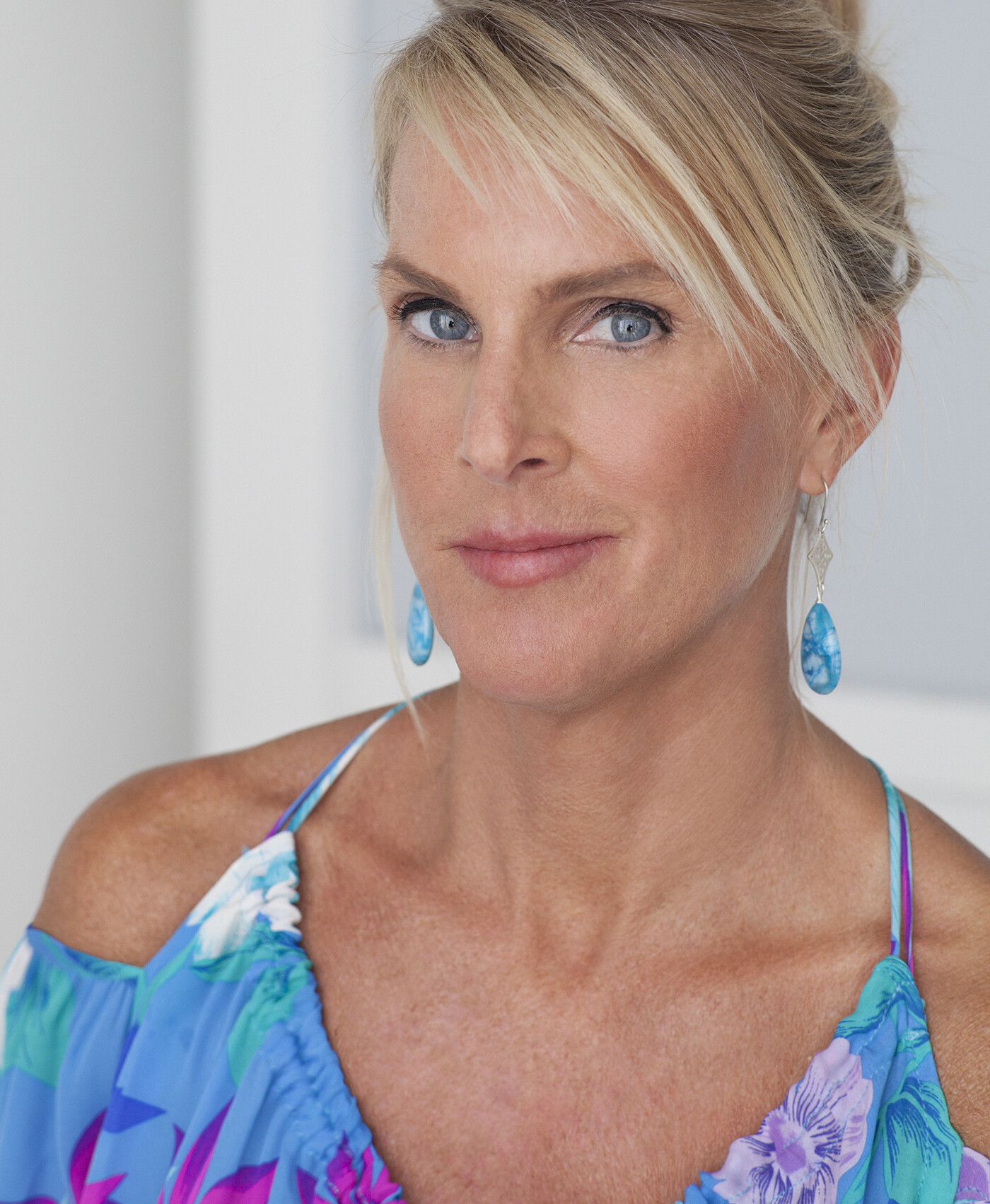 Author Elin Hilderbrand fell in love with summer as a kid, at the cottage her family rented on Cape Cod.

Carlisle was on hand to celebrate Hilderbrand's 10th anniversary with her publisher, Little, Brown. Before she switched publishers, her sales were respectable — now, they're spectacular. She churns out a new summer book every year, and they regularly hit the bestseller lists. Her fans adore her, waiting in long lines at Book Expo to get their copies of The Identicals signed.

The Identicals is something of a departure for Hilderbrand. Her stories are always set in Nantucket, but this one also takes place on nearby Martha's Vineyard. She got the idea for it while she was watching a movie with her daughter. "I knew I wanted to write a Vineyard book and I wasn't sure what form it should take," she says. "And I have an 11 year old daughter and we were watching The Parent Trap, and I thought yup, I'm gonna do The Parent Trap on the Vineyard and Nantucket."

Hilderbrand's identical twins are all grown up, but they too switch places, mixing up their identities and leaving old rivalries and some bad habits behind. Hilderbrand says she always aims to write a book that readers can't put down. "My books, I will say one thing — they all have a driving narrative, and you have to turn the pages, and the way you do that is to create characters that you really love and care about and put them in a fairly dire situation," she laughs.

Hilderbrand's book signing had a party atmosphere. There was beer for her fans, and cookies — not just any cookies. These cookies had the image of Hilderbrand's distinctive book covers embedded in the icing. "I love this, this is one of my very favorite covers," she says of one. "This is Barefoot, the one that started it all."

These covers were no small part of a marketing campaign that helped make Hilderbrand a best selling author. They show photos of women relaxing on a beach under a blue sky, the ocean spreading before them. Reagan Arthur, Hilderbrand's publisher and editor, says the images capture the feel of the books. "Visually, I think they convey what Elin's books do, a sense of story, a sense of summer and an invitation."

Even if you are working in an office in Oklahoma City, if you're reading an Elin Hilderbrand novel, you feel like you're at the beach.

Arthur says she wanted to publish Hilderbrand's books because she thought they had a winning combination. "And what I loved about what she was doing was that she was really marrying great storytelling with really smart, well done writing, you know and it's just — it's not easy. She makes it look easy, but to be able to balance those two things is very hard to find."

Arthur's instincts were spot on. In Hilderbrand, she found an author who can consistently produce a winning book in the all important summer book selling season. And Hilderbrand wears the title "Queen of Summer" proudly.

"Even if you are working in an office in Oklahoma City," she says, "if you're reading an Elin Hilderbrand novel, you feel like you're at the beach, you feel like you are doing something summery, so it becomes a part of peoples' summertime rituals which I love that, I love that."

A few years ago, Hilderbrand began writing a series set during winter — the fourth and final book in that series comes out this fall. She's already planning another book for winter, but this one will be set in the Virgin Islands. That's where she heads when the weather gets too cold in Nantucket.

A previous version of this story incorrectly identified Elin Hilderbrand's new book as Identicals. It's The Identicals.