Accessibility links
Pentagon Considers Canceling Program That Recruits Immigrant Soldiers The deal the military made with thousands of noncitizen recruits with specialized skills: Sign up and we'll put you on the fast track to citizenship. 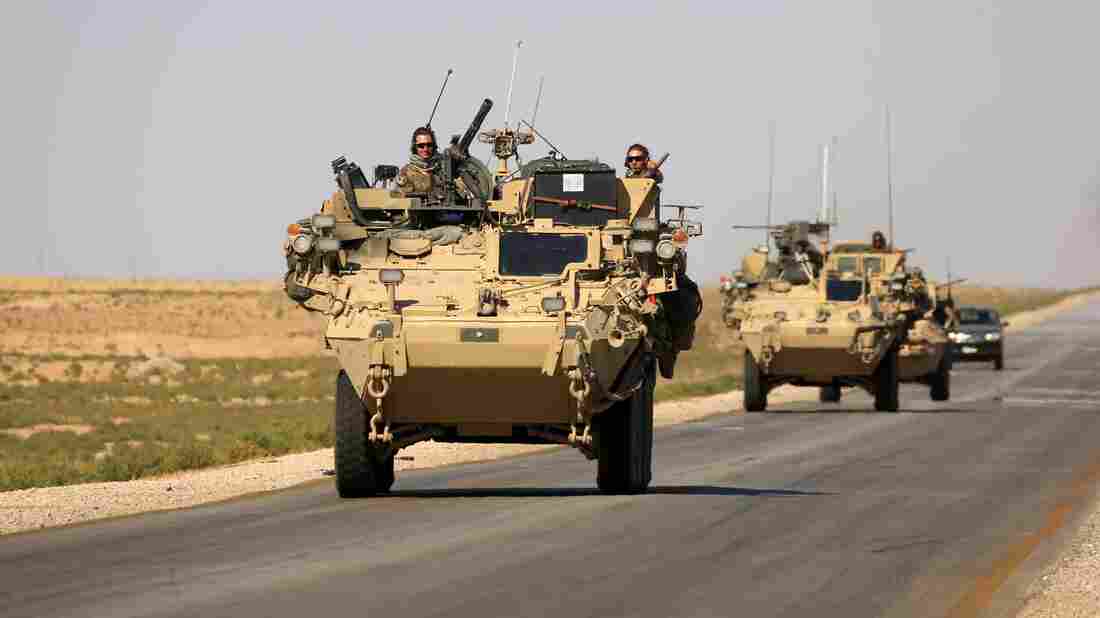 The recruitment program began in 2009 to attract immigrants with medical or language skills, such as surgeons or Arabic speakers. Delil Souleiman/AFP/Getty Images hide caption 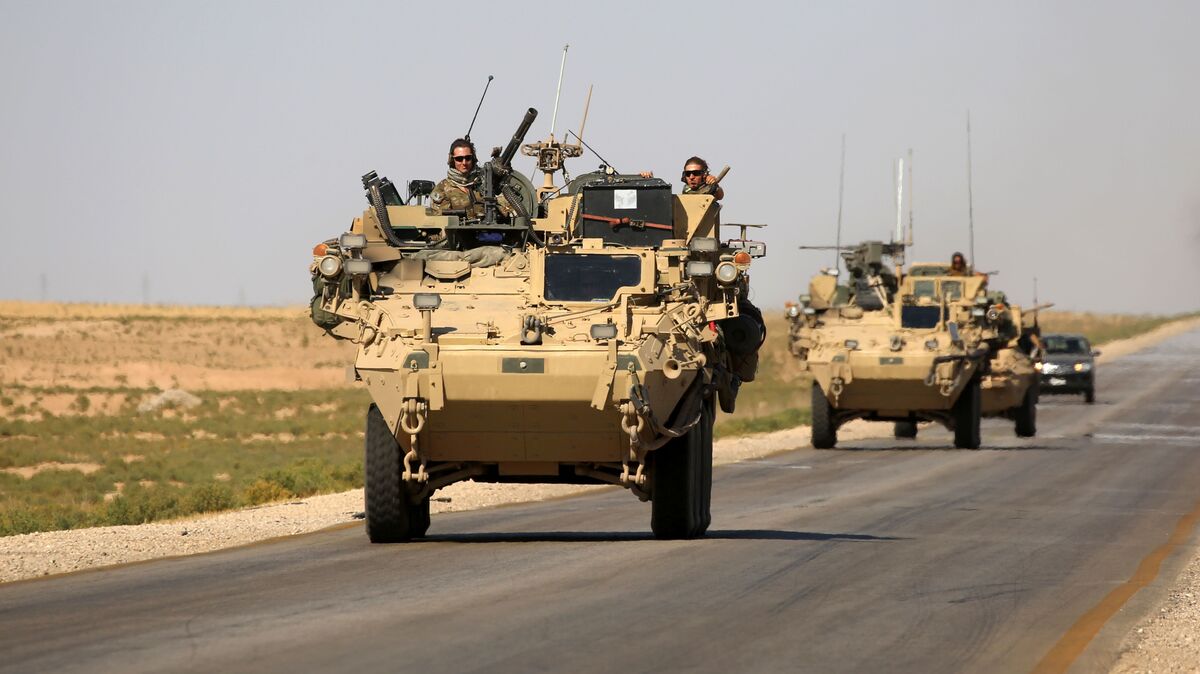 The recruitment program began in 2009 to attract immigrants with medical or language skills, such as surgeons or Arabic speakers.

The Pentagon is considering pulling out of a deal it made with thousands of noncitizen recruits with specialized skills: Join the military and we'll put you on the fast track to citizenship.

The proposal to dismantle the program would cancel enlistment contracts for many of the foreign-born recruits, leaving about 1,000 of them without legal protection from deportation.

The plan under consideration is laid out in a memo from Pentagon officials to Defense Secretary James Mattis. In the memo, obtained by NPR, high-level personnel and intelligence officials cite security concerns and inadequate vetting of recruits under a program called Military Accessions Vital to the National Interest, or MAVNI.

The memo also cites "the potential threat posed by individuals who may have a higher risk of connections to Foreign Intelligence Services," and it refers to an "elevated" risk of an insider threat.

The recruitment program began in 2009 to attract immigrants with medical or language skills, such as surgeons or Arabic speakers. It allows visa holders, asylees and refugees to bypass the green card process to become U.S. citizens.

The founder of the MAVNI program, retired Lt. Col. Margaret Stock, said the security concerns are overblown. "If you were a bad guy who wanted to infiltrate the Army, you wouldn't risk the many levels of vetting required in this program," she said.

Noncitizens have had a long history in the U.S. military. Immigrants have been eligible to enlist since the Revolutionary War.

Three Defense Department officials, speaking on the condition of anonymity because they had not been authorized to discuss the memo publicly, said the Pentagon is trying to balance national security concerns with the military's needs for specialized skills immigrants can provide. In some cases, the officials said, the Army wasn't using the program as intended, putting MAVNI recruits in roles that didn't match their skills.

Nearly 10,000 immigrants are in the MAVNI program, principally the Army, according to the Pentagon memo. The memo divides them into four groups based on their potential security risk, as determined by their level of vetting and their access to classified information.

Some already are serving in the military and have been flagged for enhanced security screenings, while others are awaiting basic training and would be separated from the military or have their enlistment contracts canceled.

About 1,000 of the recruits who have been awaiting naturalization would be at risk of deportation because their visas have expired. U.S. Citizenship and Immigration Services had deferred action on deportation in these cases because the soldiers were in the MAVNI program.

The program has been frozen pending further review.

Questions about the program arose last year when officials discovered that some MAVNI recruits had offered false educational credentials, according to a legal brief from the Department of Justice. The brief was filed as part of a lawsuit challenging the Pentagon's decision to freeze the program.

The Pentagon responded to the discovery of some recruits providing fake university degrees by ordering security checks on all recruits in the program and barring new enlistments.

But that screening process has overwhelmed the Army's resources. According to the Pentagon memo, those security checks have "diverted already constrained Army fiscal and manpower resources from their primary roles."

Stock said many MAVNI recruits were left in limbo.

In one of two ongoing lawsuits, several noncitizens recruited under MAVNI and serving in the Army Reserve have sued. They argue that they were promised an expedited path to citizenship but that the Department of Homeland Security, at the behest of the Pentagon, has failed to process their naturalization applications, as required by law.

In the other case, the plaintiffs argue the Pentagon discriminated against naturalized U.S. citizens who were denied security clearances in the first terms of their enlistment. That meant that the military careers of the MAVNI recruits were effectively stalled out because they were unable to attend officer training school, for instance.

The lead plaintiff in that lawsuit, Kirti Tiwari, is a native of India, with a master's degree in molecular biology. He was selected as an Army nominee for NASA's astronaut program, but that plan was put on hold when Tiwari couldn't get a security clearance in his first term of enlistment.

The Pentagon has since changed that policy, but plaintiffs' attorney Neil T. O'Donnell said naturalized citizen soldiers still face discrimination because some haven't been allowed to enter basic training.

In the memo, the Pentagon acknowledges that freezing the MAVNI program and subjecting recruits to more screening could be legally problematic. For example, some of the recruits are already naturalized citizens who have been deployed around the globe. "There are significant legal constraints to subjecting this population to enhanced screening without an individualized assessment of cause," the memo states.

Stock, the founder of the program, said the proposal outlined in the memo could be a violation of the U.S. Constitution's Equal Protection Clause.

"They're subjecting this whole entire group of people to this extreme vetting, and it's not based on any individual suspicion of any of these people. They've passed all kinds of security checks already. That in itself is unconstitutional," she said.