Accessibility links
Something Old, Something New: Public Service Broadcasting On History And Storytelling J. Willgoose, Esq. says his band's band's practice of repurposing historical films and broadcasts is less an exercise in nostalgia than a way of "reframing the past."

Listen · 3:53 3:53
Something Old, Something New: Public Service Broadcasting On History And Storytelling 3:53 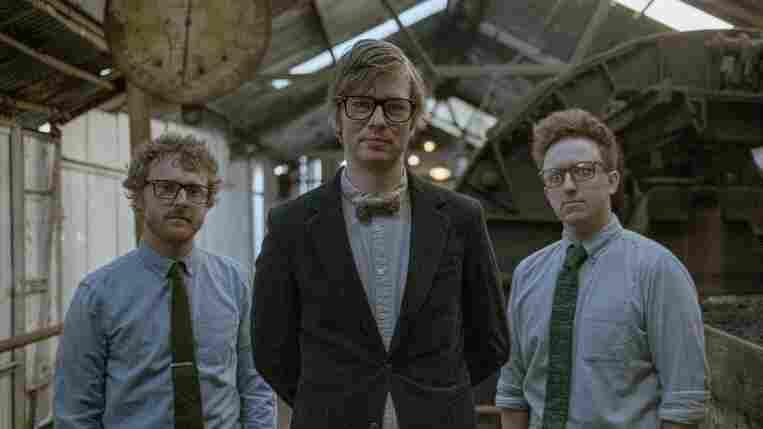 Public Service Broadcasting drew on historical film footage to tell a story of a Welsh mining boom on the new album Every Valley. Dan Kendall/Courtesy of the artist hide caption 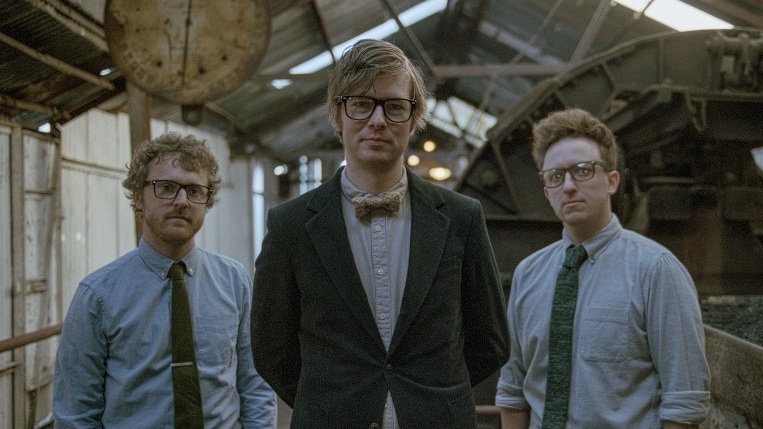 Public Service Broadcasting drew on historical film footage to tell a story of a Welsh mining boom on the new album Every Valley.

Dan Kendall/Courtesy of the artist

Though known first and foremost as a band, Public Service Broadcasting is as much a historical project as it is a musical one. Founded by J. Willgoose, Esq., the English trio uses archival material, whether it be film footage or radio broadcasts, to write new songs around. "We can try and tell the stories from the past with new music — try and bring new dimensions to it, I suppose," Willgoose says.

For its new album Every Valley, Public Service Broadcasting drew on the true story of a mining boom in Wales that helped small communities flourish — and the ensuing collapse of that industrial bubble due to technological innovation and revolution. To tell that story, the band leaned heavily on the British Film Institute's enormous archive of government-produced footage, which included films made by the National Coal Board that were shown to miners in cinemas at the time.

On the mission of Public Service Broadcasting

It started off as a kind of tongue-in-cheek thing where we claimed to be "teaching the lessons of the past through the music of the future." And I always meant that as a joke. But I think we have kind of come to take that a little more seriously in terms of the lessons of the past and kind of bringing it back to the surface, reexamining it, recontextualizing it through the music that we write around it, and drawing lines between the past and the present. That, for me, is what kind of makes it most interesting. It's not an exercise in nostalgia, it's actually about reframing the past.

On the process of working with archival footage for Every Valley

Basically they bring you these cans of film that have been unopened for many years. And they lace up the 35mm film on old Steinbeck projectors and sit there looking in at a tiny viewfinder. In fact, I had to take one of the cans to the technician down there and say, "I can't open this, what do you do with it?" And he just threw it on the floor and it bust open [laughs]. I was like, wow, you can't do that with hard drives.

On the song "Progress"

The line "I believe in progress," especially in the context of the album, kind of takes on a double-edged sword meaning. On one level it's quite a superficial pop song, [but] you're talking about progress and the relentless drive forward of the human race. [Technology has] got rid of what was a dangerous and unsafe and dirty job, but it has come at a tremendous cost to the communities that relied on it. We're looking at progress, but we're also looking at who and what gets left behind by it.

On how working a creative constraint can be liberating

I think from the start we have had this question of, "This is an interesting concept, but are you either going to run out of material or run out of ideas?" To me, it's never been a limiting thing. It's always been a really freeing thing because you can focus on nearly anything, and you could treat the material in nearly any way. It's a liberating way to work, and it frees the imagination.