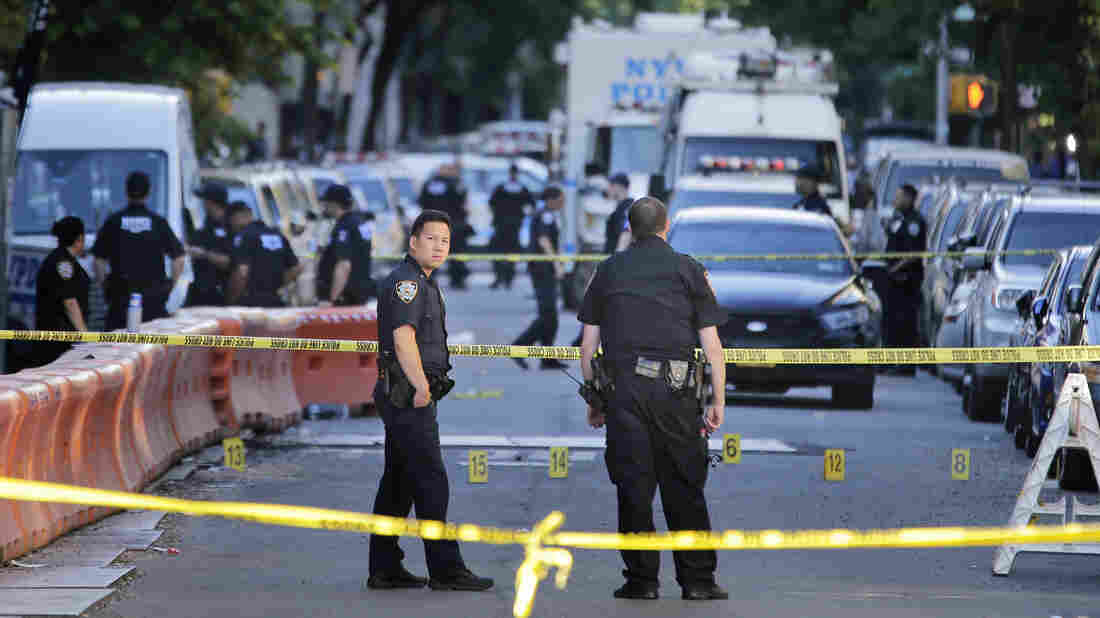 Numbers mark a crime scene near the site where a police officer was fatally shot in the Bronx early Wednesday. Seth Wenig/AP hide caption 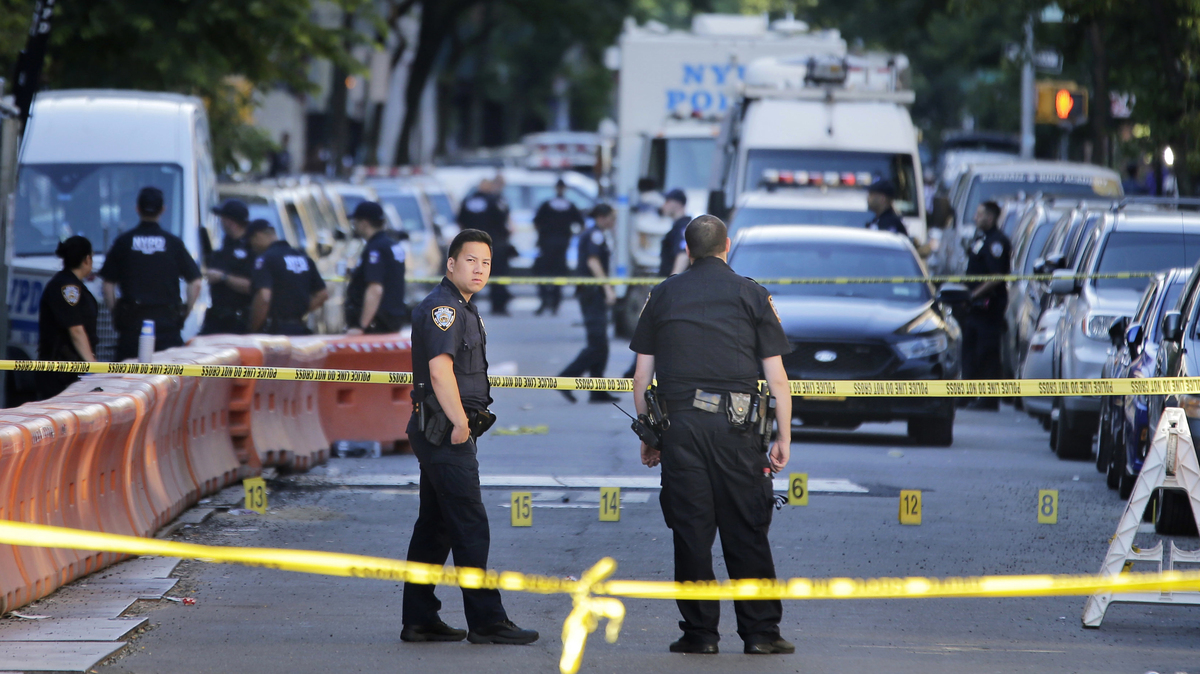 Numbers mark a crime scene near the site where a police officer was fatally shot in the Bronx early Wednesday.

A 12-year veteran of the New York Police Department, Miosotis Familia, was shot and killed early Wednesday in the Bronx.

As WNYC reports, the 48-year old officer was in her patrol car in the Bronx when a man suddenly started shooting.

NYPD Commissioner James O'Neill tweeted that Familia was "assassinated in an unprovoked attack on cops assigned to keep NYers safe."

#NYPD PO Miosotis Familia has been assassinated in an unprovoked attack on cops assigned to keep NYers safe. Keep her family in your prayers pic.twitter.com/yhRB7H5bvi

The suspect, identified as 34-year-old Alexander Bonds, "drew a revolver" as he was confronted by officers, the NYPD said. Officers then fired at, and killed the suspect. Another person, believed to be a bystander, was also shot and is in stable condition.

"She was on duty serving this city," New York City Mayor Bill de Blasio said of Familia at a press conference, "protecting people, doing what she believed in and doing the job that she loved."

In 2014, two New York City police officers were shot to death in their patrol car by a suspect who said he was shooting "pigs" as revenge for the death of Eric Garner, who died after an officer put him in a chokehold while trying to arrest him.