Accessibility links
'Everything Is Up For Grabs': Life Inspires Art For 'Catastrophe' Co-Creator Sharon Horgan isn't shy about borrowing from real life for her Amazon comedy series about relationships. "I am my own provider of material," she says. 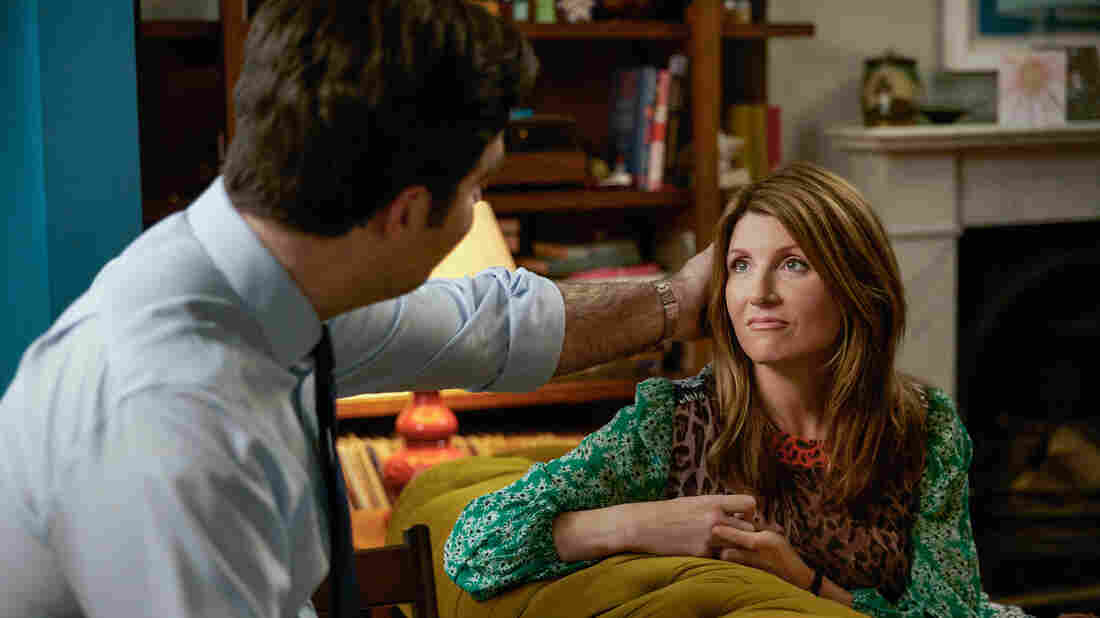 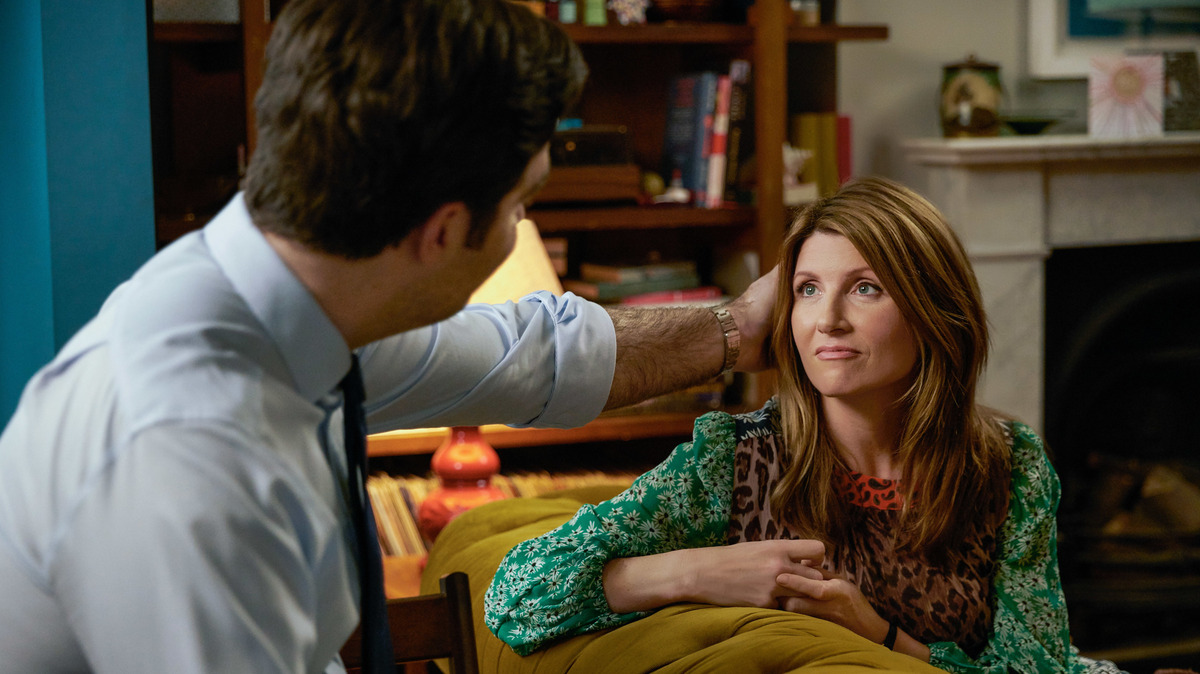 Sharon Horgan and Rob Delaney play a couple making their way through parenthood, marriage and their careers in the Amazon comedy series Catastrophe.

When it comes to writing TV, producer and actress Sharon Horgan admits that she draws heavily from her own life. "I am my own provider of material," she says. "I'm ... just trying to put the most honest version of what I think onscreen."

That impulse is what inspired Horgan's current project, the Amazon comedy series Catastrophe, now in its third season. On the show, Horgan plays a London school teacher (Sharon) who meets an American (Rob, played by show co-creator Rob Delaney) who's in London on business. They share a brief romance and a month later she discovers she's pregnant. Even though they barely know each other, they decide to start a relationship and raise the baby.

While the particulars of Rob and Sharon's situation are unique to the series, Horgan says the details of their relationship often spring from her and Delaney's own experiences. "Everything is up for grabs really, whether it's how much time Rob spends on the toilet in his own household and how his wife feels about that, to, I guess, being very honest about the kind of sex that you have as a married couple," Horgan says. "It's all copy, as they say."

She's a bit of a toughie, but tougher on the outside than on the inside, I'd say. She's a good person, but she's definitely prone to selfish acts. The interesting thing about her as a female character — and playing against Rob Delaney's very sweet, kind of optimistic character — is she's very aware that bad stuff happens and she kind of assumes that bad stuff will happen to her. Not a bright, kind of sunny character. So that was always a challenge to make sure that she wasn't too gloomy or too down on things. But it was fun having the male character [be] the kind of chirpy, optimistic one.

A Comedian's Voyage To 'The Membrane Between Life And Death'

On the importance of showing that Sharon wanted to be a writer, but it didn't work out

I quite like the idea of showing someone who wasn't able to make it in the career that they originally hoped for themselves, but not letting that define them — not letting their failure define who the person that they came to be [is]. I think in some ways she's a stronger, better character than me, so I'm not sure if I would've been as capable of picking myself up and retraining. I just quite like seeing a better version of myself deal with something like that on screen. Again, I consider myself extremely lucky because luck had a lot to do with it, as well as the other stuff, hard work, but not everyone gets to be that lucky. And, again, it kind of felt like a kind of responsible thing to say: "Look, if it doesn't happen, it doesn't mean your life is over. You find other things."

On how she met co-star and co-creator Rob Delaney

I had done a show in the U.K. called Pulling, and it was a small show and it had a small audience, but it was fairly well loved and he had somehow managed to see it all the way over in L.A. So I was following him [on Twitter] simply because he was very funny and he had a good profile picture of himself by the beach wearing a pair of green Speedos. And so [he] got in touch with me just to say he'd seen my show and he loved it. And then we'd just check in with each other occasionally, and if I went to L.A. for work or whatever we'd [meet] up, or if he was in London doing gigs we'd [meet] up.

We didn't know each other that well. We had met a few times and corresponded a fair amount, but you never know how that will work when you're sitting side by side each other at a keyboard trying to write something funny. We really only got to know each other properly through doing that.

On learning about the death of Carrie Fisher, who played Rob's mother on Catastrophe, and the remembrance she wrote for The Guardian

I had about 50 people in my house — I was having a party in my house — and that's when I found out [that Fisher had died]. And I couldn't be around anyone, and I thought, "If I don't write these things down now I might forget them." Just stuff that she said or a feeling I had when I was with her, or any of the funny little remarkable things that she did during filming or away from filming. I just wanted to write a love letter to her while it was all very fresh in my brain. I think that's why it's kind of an emotional piece, because most of it was written that night.

Lauren Krenzel and Heidi Saman produced and edited the audio of this interview. Bridget Bentz, Molly Seavy-Nesper and Nicole Cohen adapted it for the Web.