Accessibility links
'Shame On Ted': Health Care Protests Greet Ted Cruz In Texas At a veterans event Wednesday night, about 150 protesters showed up to oppose the Senate's efforts to repeal and replace the Affordable Care Act. 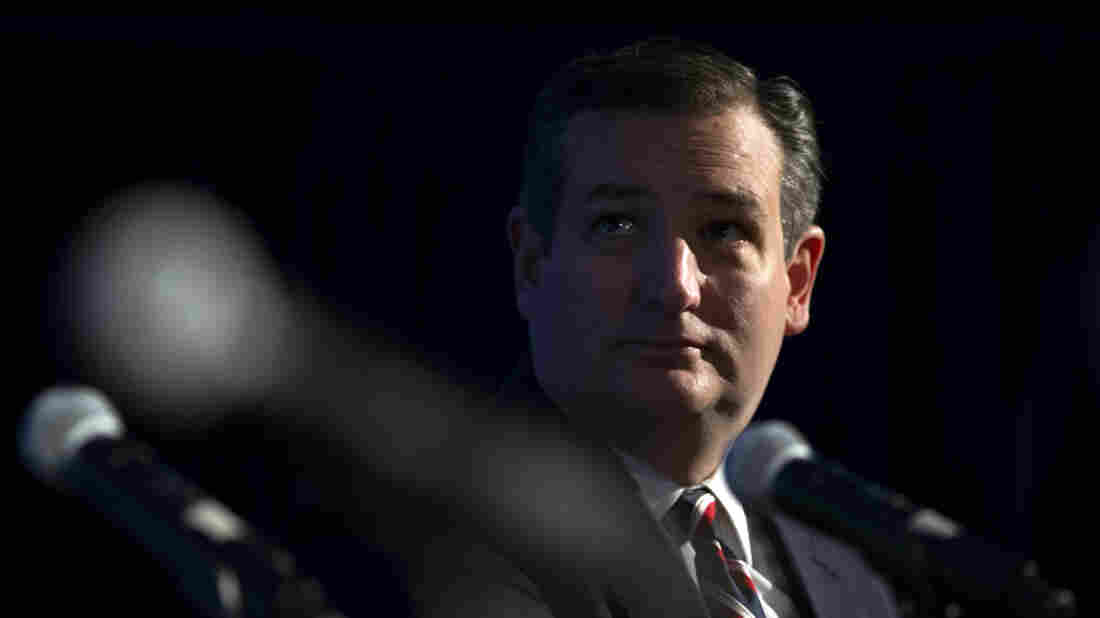 Sen. Ted Cruz at an event for the Federalist Society in November 2016. Cliff Owen/AP hide caption 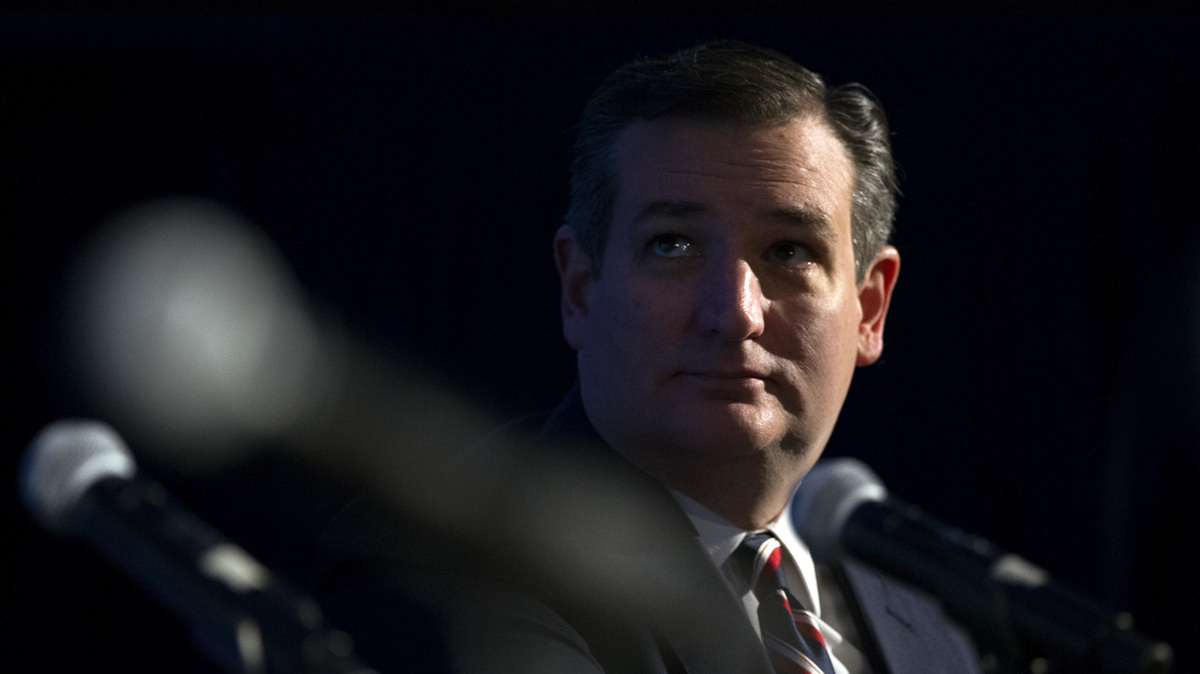 Sen. Ted Cruz at an event for the Federalist Society in November 2016.

At an event Wednesday night, Texas Sen. Ted Cruz was met by about 150 protesters who oppose the Senate's efforts to repeal and replace the Affordable Care Act. On a hot evening, they stood outside a hotel in McKinney, a north Dallas suburb, shouting "shame on Ted" and "save Medicaid."

The by-invitation, town hall-style event was held one day after the senator's appearance in McAllen was disrupted by protesters concerned about health care as well as immigration.

Cruz is holding several town halls across Texas during the current congressional recess; he will also be in San Antonio and Austin this week.

The audience Wednesday night was mostly veterans who are friendly to the senator. The event was sponsored by the conservative group Concerned Veterans For America. 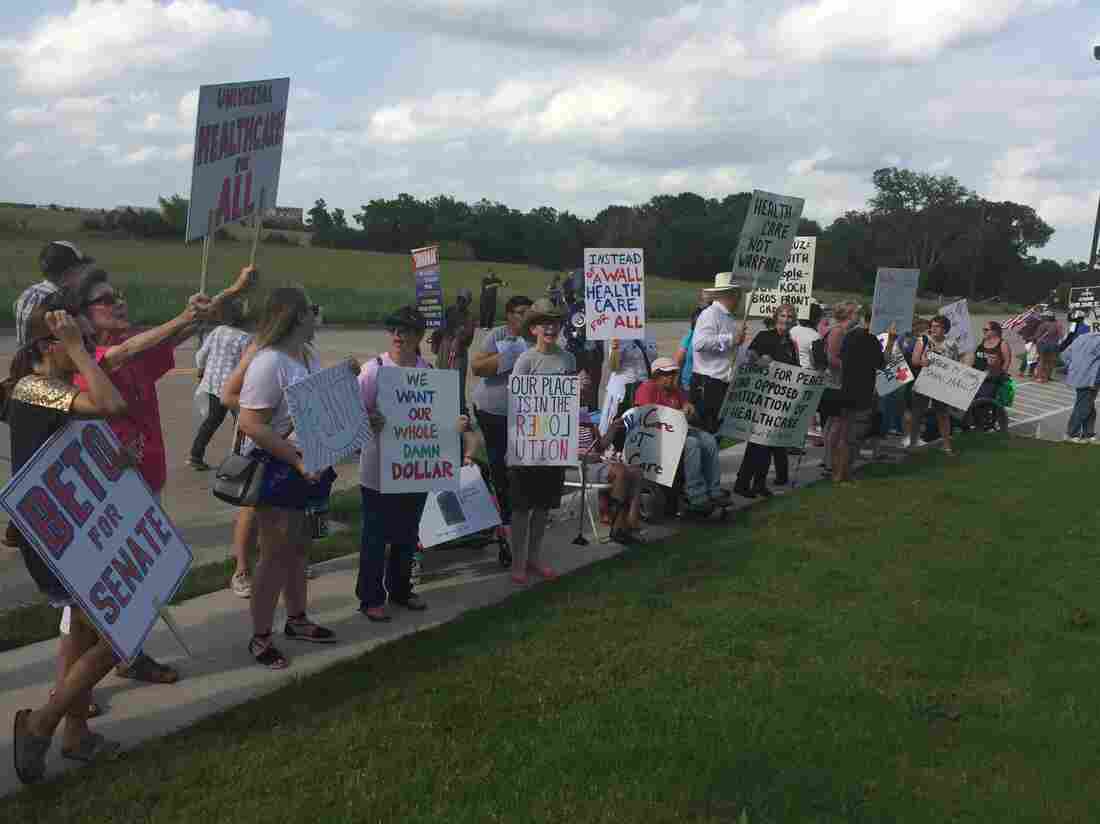 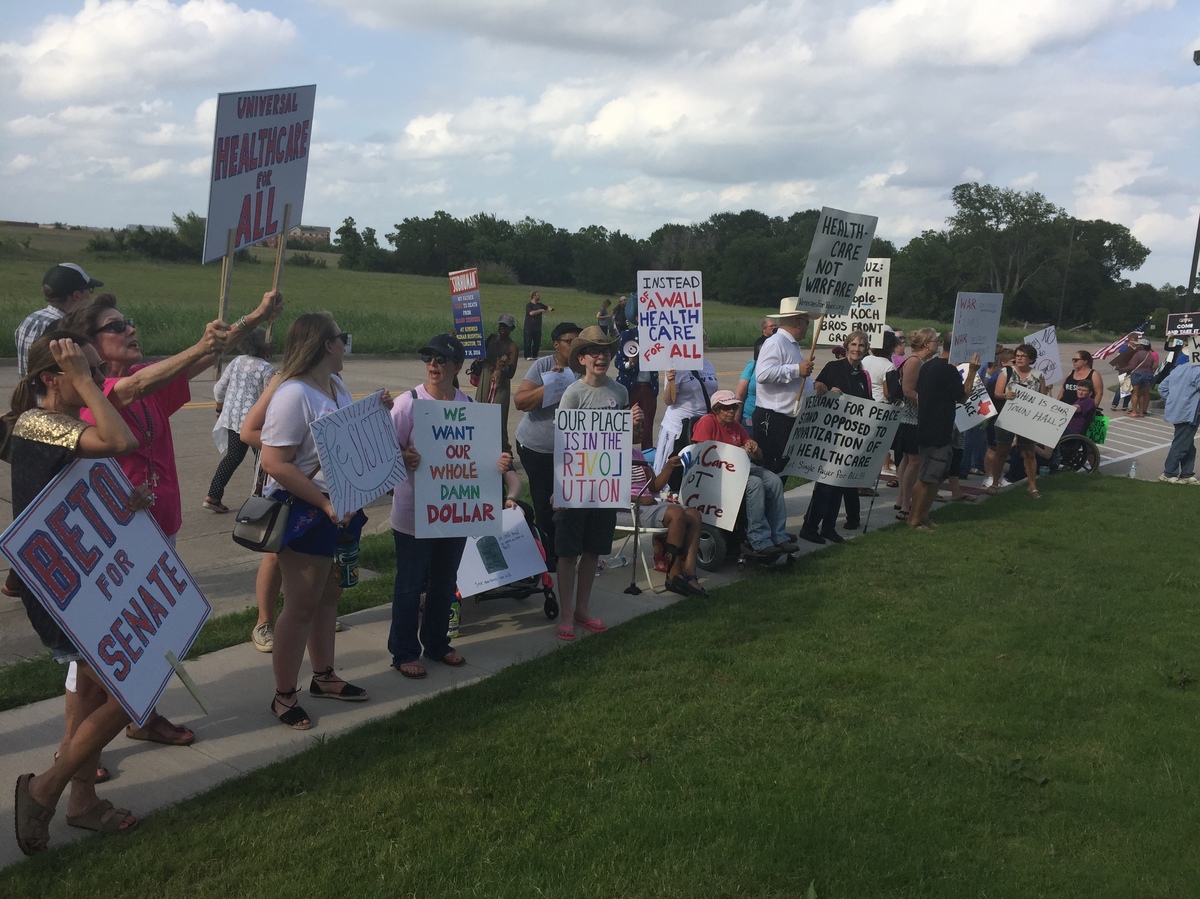 There were just four to five questions from the audience and all were screened in advance. The Texas senator spent much of the event advocating for more health care choices for veterans beyond the VA hospital system. He also reiterated his opposition to the Affordable Care Act but acknowledged that getting the votes in the Senate to repeal it remains a challenge. He was also one of a small group of Republicans to oppose the Senate health care bill, arguing that it didn't go far enough to roll back Obamacare, as the ACA is also known.

Cruz said it is critical for Congress to focus on lowering premiums and to "honor our promise to repeal Obamacare — it isn't working and people are hurting across the state and across the country." 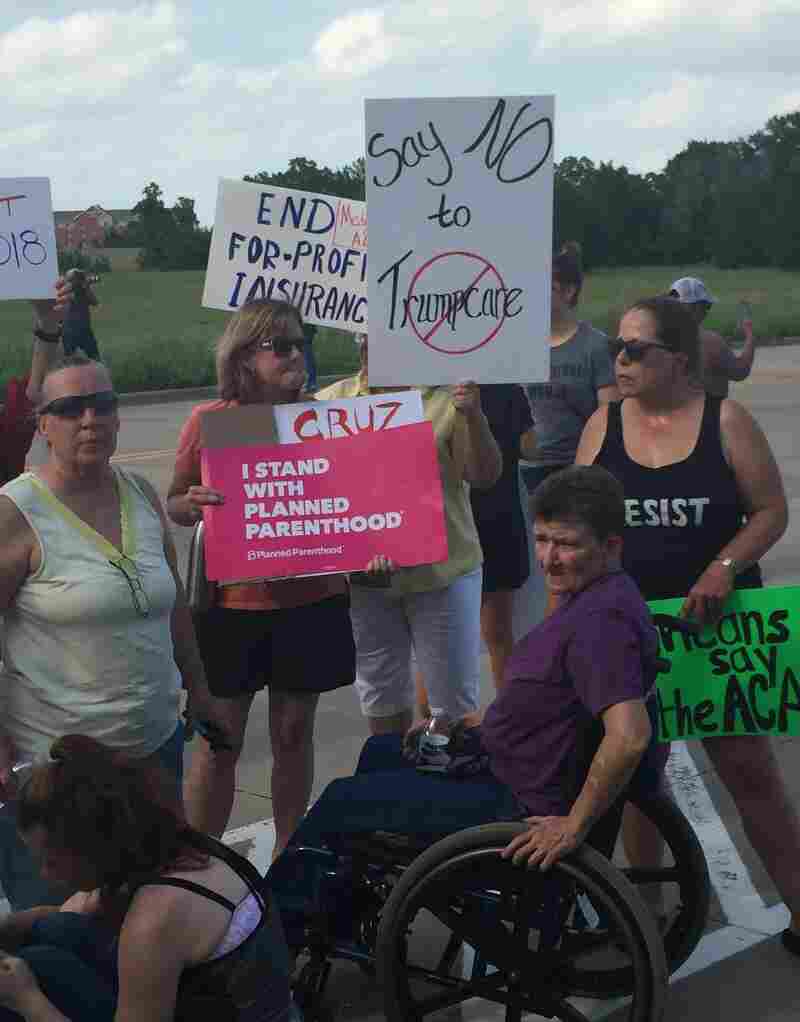 One protester held a sign reading "Say NO to Trumpcare," in opposition to the Senate's effort to repeal the Affordable Care Act. Wade Goodwyn/NPR hide caption

Sen. Bill Cassidy of Louisiana also faced a confrontational town hall last week. An attendee in Baton Rouge reportedly interrupted his remarks to ask him to "vote against that hideous bill." He said he hasn't decided how he will vote on the Senate's health care bill because he wants to "judge the final product." Republican Sen. Susan Collins, who also opposed the Senate bill, told reporters in Eastport, Maine, that she's been hearing from constituents who are "deeply concerned" about the Senate bill.

At least seven more Republican members of Congress and more than 20 Democrats have town halls planned around the country this week, several of which will focus on health care.

Town halls became popular and contentious venues for voicing concern over health care in the summer of 2009 when President Barack Obama's Affordable Care Act was being debated in Congress. Many of those gatherings turned into shouting matches and, in some cases, physical fights.

An earlier version of this story incorrectly identified Susan Collins as a representative. She is a senator.