Accessibility links
Walter Shaub, Office Of Government Ethics Director, Resigns, Saying Rules Need To Be Tougher Shaub, who has had many battles with the Trump administration, says he is quitting to become a legal activist. He says the "current situation" shows tougher ethics action is needed. 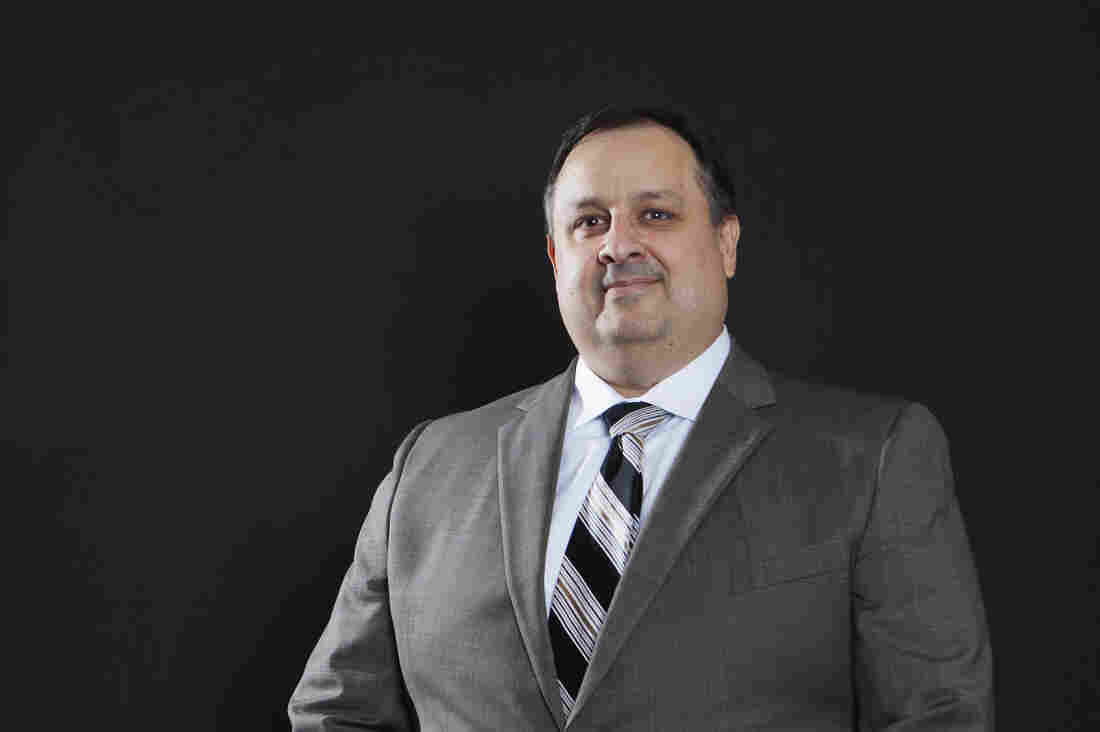 Outgoing ethics director Walter Shaub said in January that President Trump's plan to reduce conflicts of interest "doesn't meet the standards ... that every president in the past four decades has met." Claire Harbage/NPR hide caption 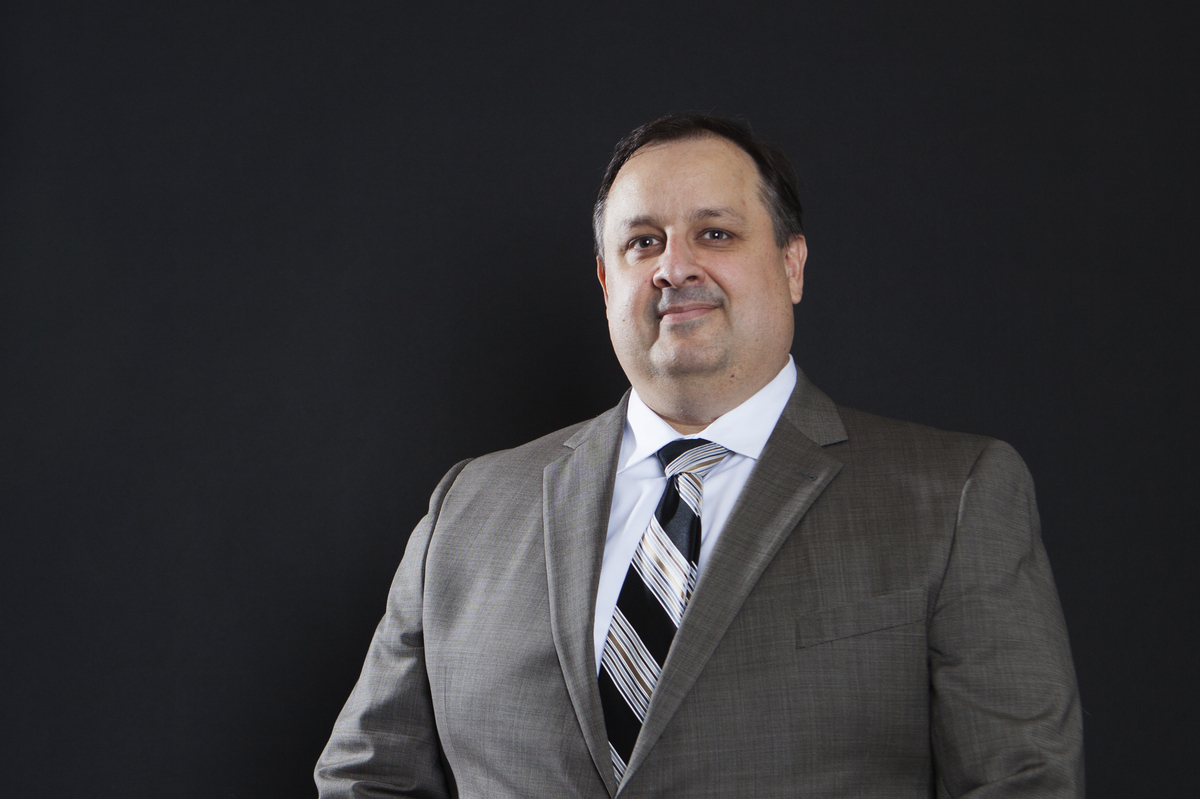 Outgoing ethics director Walter Shaub said in January that President Trump's plan to reduce conflicts of interest "doesn't meet the standards ... that every president in the past four decades has met."

Office of Government Ethics Director Walter Shaub Jr. is turning in his resignation on Thursday.

The move follows months of clashes with the White House over issues such as President Trump's refusal to divest his businesses and the administration's delay in disclosing ethics waivers for appointees.

Shaub, an attorney, has accepted a job with the Campaign Legal Center, a nonpartisan organization of election-law experts.

Thursday morning, Shaub told NPR that "the current situation has made it clear that the ethics program needs to be stronger than it is. At the Campaign Legal Center, I'll have more freedom to push for reform. I'll also be broadening my focus to include ethics issues at all levels of government."

He did not elaborate on what is so wrong with the "current situation," but Shaub has been sharply critical of Trump's approach to ethics compliance since the election.

The battle began in late November when the ethics office began issuing a series of tweets that mimicked Trump's style, exclaiming: "Brilliant! Divestiture is good for you, good for America!"

The tweets were clearly intended as pointed satire, given that Trump had not promised total divestiture.

And then on Jan. 11, shortly before Inauguration Day, Shaub spoke out at the Brookings Institution, causing a stir when he said Trump's plan for avoiding conflicts of interest "doesn't meet the standards that the best of his nominees are meeting and that every president in the past four decades has met."

Trump's plan involved moving his business interests into a trust run by his two oldest sons and a longtime business associate. Trump is the sole beneficiary of the trust. Since the 1970s, presidents have moved their assets into blind trusts run by third parties.

Trump's trust is "not even halfway blind," Shaub said at Brookings. "His sons are still running the businesses, and, of course, he knows what he owns."

Since Trump began naming appointees following the November election, the ethics office has been racing to keep up with the workload. That involves reviewing appointees' financial information to identify conflicts of interest and then negotiating with them to resolve or at least diminish any problems. For example, OGE might suggest a White House staffer sell off a business interest or move an asset into a blind trust.

But the small agency, with about 70 employees, can only advise on ethics — not enforce rules.

Many Americans have been calling the once-obscure office to report on, or demand action on, ethical issues involving the administration. That has caused a spike in OGE's workload, without an increase in staff.

The agency reports that during the six months between October 2008 and March 2009, as the Obama presidency was taking shape, it got 733 public contacts, such as calls, letters and emails. During the October 2016 to March 2017 period in the Trump era, it was swamped with 39,105 contacts — an increase of 5,235 percent.

"We've even had a couple days where the volume was so huge it filled up the voicemail box, and we couldn't clear the calls as fast as they were coming in," Shaub said in an NPR interview in April.

Shaub has headed the ethics office since January 2013, following his appointment by President Barack Obama. His five-year term was set to expire in January 2018.

His departure now — effective July 19 — leaves a leadership hole at a tough time. The agency must work with a new administration that has been hiring unprecedented numbers of former lobbyists, lawyers and industry consultants. The White House also has been giving many of those appointees waivers to get around ethics rules.

In April, Shaub began publicly demanding that the White House make those waivers public. He won that battle at the end of May, when the administration released the information for White House appointees, including chief of staff Reince Priebus, counselor Kellyanne Conway and chief strategist Steve Bannon.

Waivers are considered public documents, but the Trump White House had been holding them back, saying OGE lacked the legal authority to require disclosure. After weeks of back-and-forth, the administration did start to post the waivers online and Shaub said public disclosure of "the waivers is critical to ensuring that agencies and individual appointees are adhering to ethics requirements."

Shaub also has been vocal about the limitations on the ethics office's power and the failure of House Republicans to follow up on ethics issues. For example, when he was in the midst of his fight with the White House over ethics waiver disclosures, he told NPR that then-House Oversight Committee Chairman Jason Chaffetz, a Utah Republican, has "authority to investigate these things and compel responses, so hopefully we'll see some action from him."

In contrast, OGE "has no investigative authority, so we're limited as to what we can do if these waivers are not being released publicly," he said.

A previous caption incorrectly said Walter Shaub is resigning Thursday. He will leave the post on July 19.