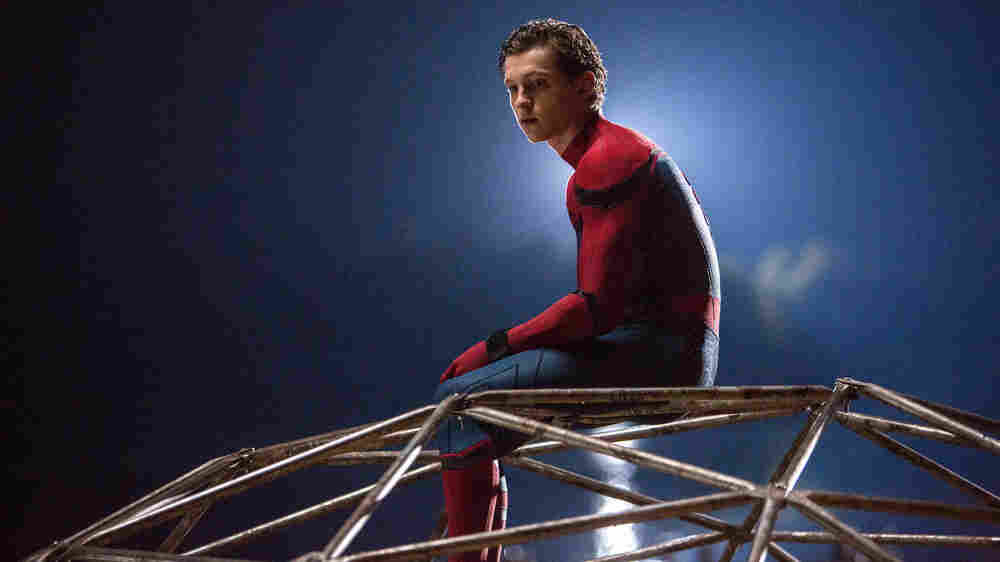 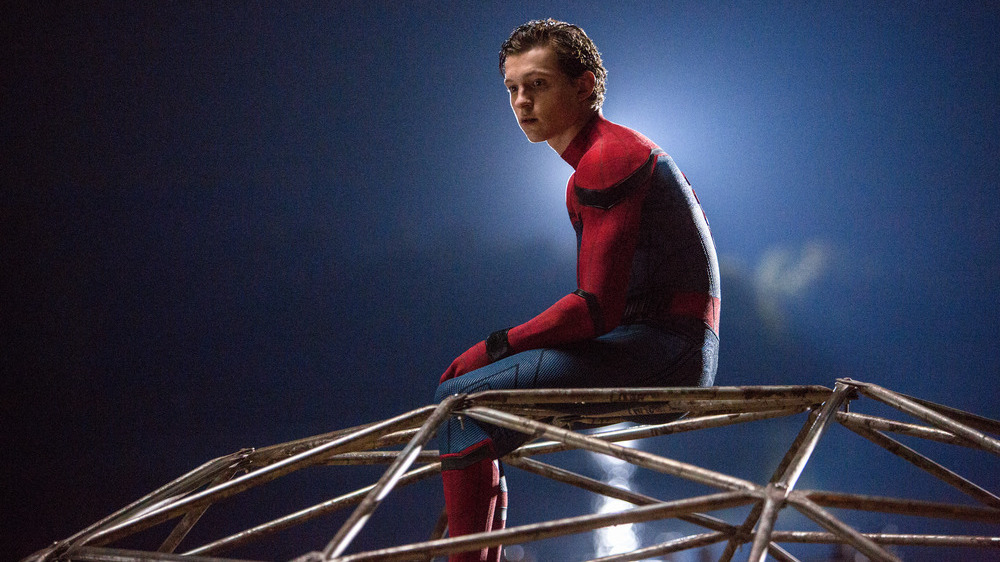 At last: A Spider-Man movie!

...says no one. The new Spider-Man: Homecoming, which celebrates Peter Parker's immigration to the Marvel Cinematic Universe as a headliner after his scene-stealing appearance in Captain America: Civil War last year, is, according to the most recent data available, the sixth big-screen Spidey flick since 2002. Who needs another?

Well, if they're going to be as fizzy and funny and warmhearted as this, keep 'em coming.

A half-dozen features in 15 years isn't an especially Spider Sense-stimulating tally, especially for a blue chip specimen of IP like 'ol Web-Head, the most singular and beloved of all Marvel Comics heroes. [Ed. note: Send your angry e-mails to the reviewer, care of The Department Of Getting Angry E-mails.] Any sense of fatigue comes from the frequency with which storytellers have restarted the clock.

Cop Car director Jon Watts — like Marc Webb and Ryan Coogler before him — is an indie prodigy injected with Super Soldier Serum and upscaled to studio tentpole general. The good news is that his is an energetic and confident vision of the confidence-deficient character, even though Watts is but one of a half-dozen writers who have their names on this thing. (Sometimes committees work!) Watts & Co.'s smartest move is to skip the familiar stations of the cross — the violent death of Uncle Ben, "with great power comes great responsibility," yadda yadda — and just get down to business. And business, happily, is less about staving off yet another existential threat to Manhattan/Earth/all human existence than about being a high school sophomore taking advanced-placement classes in Queens and keeping an incredible secret. Bright and optimistic, Homecoming plays like the photonegative of the somber, fatalistic Logan. What they share is a refreshing modesty of stakes.

Like Christopher Nolan did in his trilogy of Batman films, Watts gets great results by investing in supporting characters who, in prior tellings, have been undernourished. Marisa Tomei is hugely enjoyable as Peter's Aunt May, sweetly oblivious to her effect on the boys and men in her orbit. (Costume designer Louise Frogley's decision to dress Tomei in unflattering high-waisted pants is puzzling, since nothing else in Tomei's take on the character says "frumpy mom.") Jacob Batalon is all sweetness and enthusiasm as Peter's loyal friend Ned, who discovers the peculiar nature of Peter's "Stark Industries internship" and must sit on the juiciest piece of gossip in the history of high school.

I wish Angourie Rice, the superb young Australian actor from The Nice Guys and The Beguiled, had more screen time as Peter's classmate Betty, but Tony Revolori — so great in The Grand Budapest Hotel three years ago — is perfectly cast as Peter's tormentor, Flash Thompson. (Even the prestigious Midtown Science High School has jocks, bullies, and spoiled rich kids, and Flash is all three.) Laura Harrier plays Liz, the girl Peter is too shy to talk to for more than few seconds at a time, and Zendaya is Michelle, an enigmatic girl who seems strangely obsessed with Peter. They're all on Midtown's Academic Decathalon Team, one of the extracurricular activities feeling the pinch from Peter's all-consuming double life.

In the best of the movie's many grace notes, these high-schoolers are forever being subjected to educational videos starring that square-jawed old square, Captain America. Whichever of the six writers came up with this deserves a raise.

Of course, the Marvel Universe's other grownup, Robert Downey, Jr. is here, too. Peter's swaggering mentor Tony Stark, who recruited him for that thing in Berlin last year (which Homecoming efficiently recaps via Peter's hyperventilating video diary), is keeping tabs on him from afar; he's assigned aide-de-camp Happy Hogan (Jon Favreau, who directed the first two Iron Man movies back when the Marvel empire was just a beachhead) to serve as the kid's point of contact. So Peter does what any 15-year-old with the proportional speed, strength, and agility of an arachnid would do: He calls and texts Happy constantly, just, you know, casually inquiring about when his next mission as a an auxiliary Avenger might be happening. There's a nice comic symmetry in having Favreau be the recipient of these voicemails, recalling the painful scene where he humiliated himself into his crush's answering machine in Swingers the year that current Spider-Man Tom Holland was hatched. Er, born.

About that Mr. Holland. Previous 21st-century Spideys Tobey Maguire and Andrew Garfield were 26 and 28 in their respective webslinging debuts; newcomer Holland — a limber, likeable veteran of the West End production of Billy Elliot the Musical — was 19 when he shot his bit in Civil War, and that's a huge, movie-improving difference. A 35-year-old Peter Parker is about as unique and interesting as a 35-year-old Romeo Montague. (In the comics, Peter at one point grew up to marry Mary Jane Watson, a creative misstep so egregious that a later regime at Marvel Comics had the marriage retroactively annulled by a demon. Look it up.) Youthful impetuousness makes him a character rather an another abstraction of pure virtue.

Homecoming leans into that learning curve. Like the green 007 of Casino Royale, Peter spends most of the movie screwing up. In one shaky shift, he accosts a man who's trying to break into his own car, recovers a stolen bicycle but can't find the victim, and then finally triumphs... at directing an elderly woman to the subway. She rewards his Super-Samaritanism by buying him a churro.

This stuff works like gangbusters as comedy, but also gently underscores the with great power theme without being all preachy about it. The movie's entire premise is that Peter is trying to insert himself into the world as an agent of good before he's quite developed the maturity and judgment to avoid making things worse.

Homecoming isn't perfect. The cold open, which introduces Batman and Birdman emeritus Michael Keaton as an appropriately street-level malefactor named The Vulture, is marred by clunky exposition, a conspicuous reference to a deep-cut early '90s Marvel title, and a Rolling Stones song that clashes with the movie's otherwise adroit soundtracking. (The Ramones are featured prominently and correctly; like Peter Parker, they're just lower-middle-class boys from Forest Hills, Queens.)

But it quickly finds its footing. Watts has a poppy visual sense and a firm command of the frame. One sequence, wherein an injured and demoralized Peter must extricate himself from a pile of rubble, is a loving homage to a famous sequence of Steve Ditko panels from Amazing Spider-Man No. 33, published 51 years ago. Homecoming is the kind of winning film that could set him up for another half-century. Or at least until Holland is a washed up 27-year-old.