Accessibility links
Trump Is Less Convinced About Russian Hacking Than His Intelligence Chiefs The president continues to hedge on whether he believes Russia meddled in the 2016 elections, despite evidence that Russia did interfere and testimony from the intelligence officials he chose. 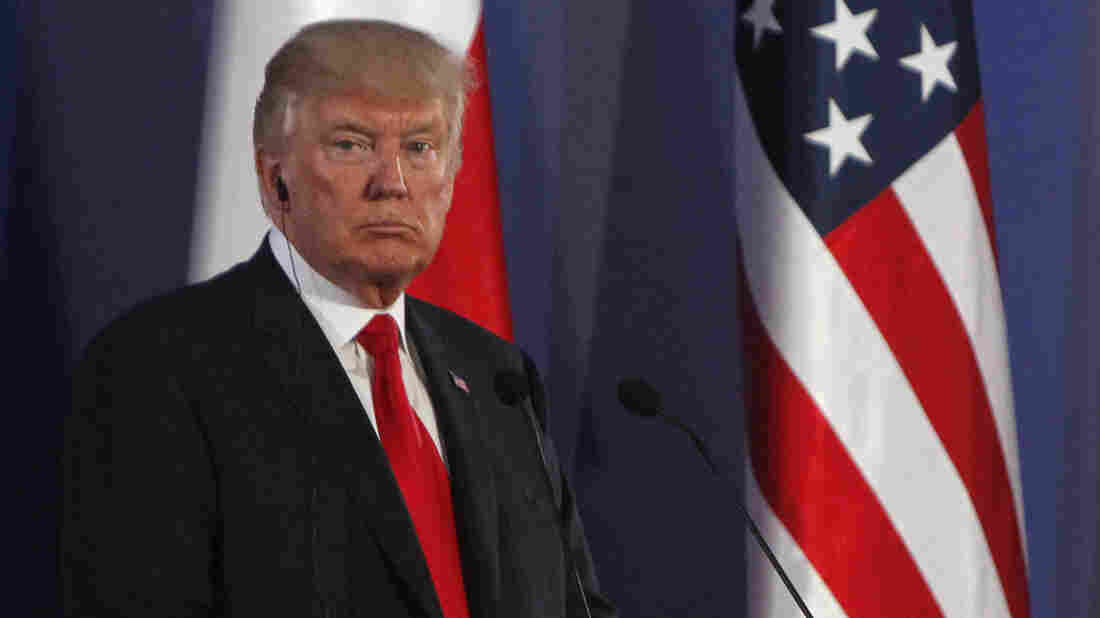 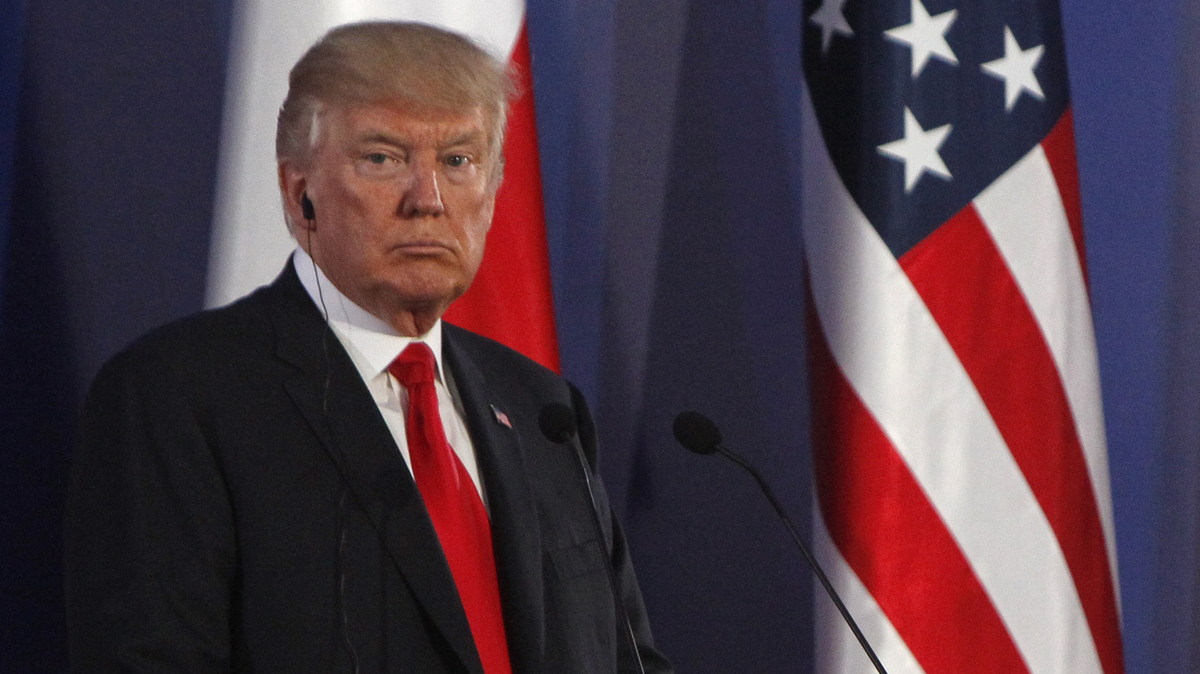 To hear President Trump tell it, there's still a lot of uncertainty as to whether or not Russia interfered in the 2016 U.S. elections.

"Well, I think it was Russia, and I think it could have been other people in other countries. Could have been a lot of people interfered," Trump said Thursday during a news conference in Poland, ahead of an international economic gathering in Germany. He went on to try to place blame on former President Barack Obama for not doing enough to stop any cyberattack.

"Nobody really knows for sure," Trump continued, straddling a line before his Friday meeting with Russian President Vladimir Putin, whom he's repeatedly praised. "I remember when I was sitting back listening about Iraq — weapons of mass destruction — how everybody was 100 percent sure that Iraq had weapons of mass destruction. Guess what? That led to one big mess. They were wrong."

What Putin Wants From His G-20 Meeting With President Trump

"I think it's publicly known and acknowledged and accepted that Russia definitely did try to influence the campaign," Director of National Intelligence Dan Coats said during his confirmation hearing in February.

"Russia has a long history of propaganda and trying to influence various nations' cultures and elections," Coats said. He added, "They seem to have stepped up their game."

Coats and other intelligence leaders reiterated that sentiment on May 11 when they told the Senate Intelligence Committee that they were convinced Russia sought to meddle in the 2016 elections.

Here's a snippet of that testimony, per the Washington Post transcript:

Sen. Mark Warner, D-Va.: Intelligence community assessment accurately characterized the extent of Russian activities in the 2016 election and its conclusion that Russian intelligence agencies were responsible for the hacking and leaking of information and using misinformation to influence our elections? Simple yes or no would suffice.

Robert Cardillo, director of the National Geospatial Intelligence Agency: I do. Yes, sir.

Adm. Michael Rogers, director of the National Security Agency: Yes I do.

On May 23, former CIA Director John Brennan, who served under Obama, told the House Intelligence Committee that Russia "brazenly interfered in the 2016 election process," and said he had briefed congressional leaders on meddling attempts in August.

The Obama administration publicly sounded the alarm over Russian attempts to breach U.S. elections systems last fall. In an Oct. 7, 2016, joint memo from the Department of Homeland Security and the Office of the Director of National Intelligence, officials said that hacked emails from the Democratic National Committee that were subsequently published by WikiLeaks "are consistent with the methods and motivations of Russian-directed efforts":

"These thefts and disclosures are intended to interfere with the US election process. Such activity is not new to Moscow—the Russians have used similar tactics and techniques across Europe and Eurasia, for example, to influence public opinion there. We believe, based on the scope and sensitivity of these efforts, that only Russia's senior-most officials could have authorized these activities."

Top Obama intelligence official reiterated those findings before Congress in early January, with then-Director of National Intelligence James Clapper testifying that, "We stand more resolutely on that statement."

However, that October memo was largely overshadowed by the release the same day of the infamous 2005 Access Hollywood tape where Trump was caught bragging about groping and kissing women in vulgar terms.

While Trump has cast doubt on the intelligence community's findings, he has also questioned why the Obama administration did not do more, asking on Twitter on June 24: "Why no action?" The previous administration's response has also come under scrutiny during congressional hearings, in media accounts and the disclosure of two Democratic senators' calls for Obama to take action shortly before the election.

On Intelligence And Russian Hacking, Are Trump And His Team Missing The Point?

Trump's comments on Thursday weren't the first time he's invoked Iraq, either, when trying to cast doubt on Russia's culpability and undermine the intelligence community's findings. When the CIA announced in December 2016 that it had definitively concluded that Russia intervened in the election to try to help Trump, the then-president-elect dismissed the conclusion — while inflating the size of his electoral win.

"These are the same people that said Saddam Hussein had weapons of mass destruction," Trump said. "The election ended a long time ago in one of the biggest Electoral College victories in history. It's now time to move on and 'Make America Great Again.' "

In January, enraged over leaks to the press, he even compared such tactics to Nazi Germany.

His already-fragile tensions with the intelligence community were only exacerbated after he visited the CIA on the first full day of his presidency, delivered a campaign-style speech hyping his win in front of a memorial wall that honors agents killed in the line of duty.

When it comes to the public's trust, a recent NPR/PBS NewsHour/Marist poll found that more Americans have a "great deal" of trust in institutions like the CIA and the FBI than in the Trump administration or other institutions, like Congress and the press.

The same poll found that almost half of all Americans believe Russian hacking is a major threat to future U.S. elections. However, a quarter of Republicans said they believe Russia was not involved in the 2016 hacking. That 25 percent may or may not include the president himself, despite repeated assertions from his own intelligence chiefs.