Accessibility links
'GLOW' Co-Creators Explain Why Wrestling Is Like Greek Theater The Netflix show follows a 1980s women's wrestling circuit. Showrunner Carly Mensch says you can see wrestling as "super reductive" or see it as "storytelling at its most potently inclusive and epic." 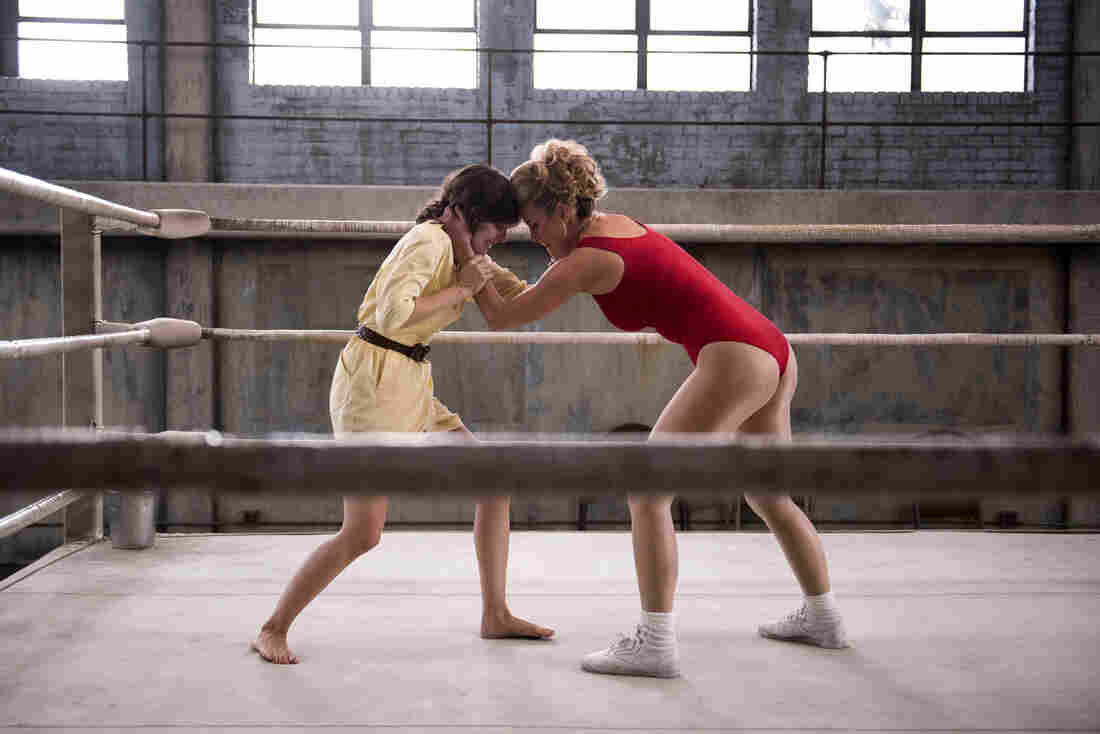 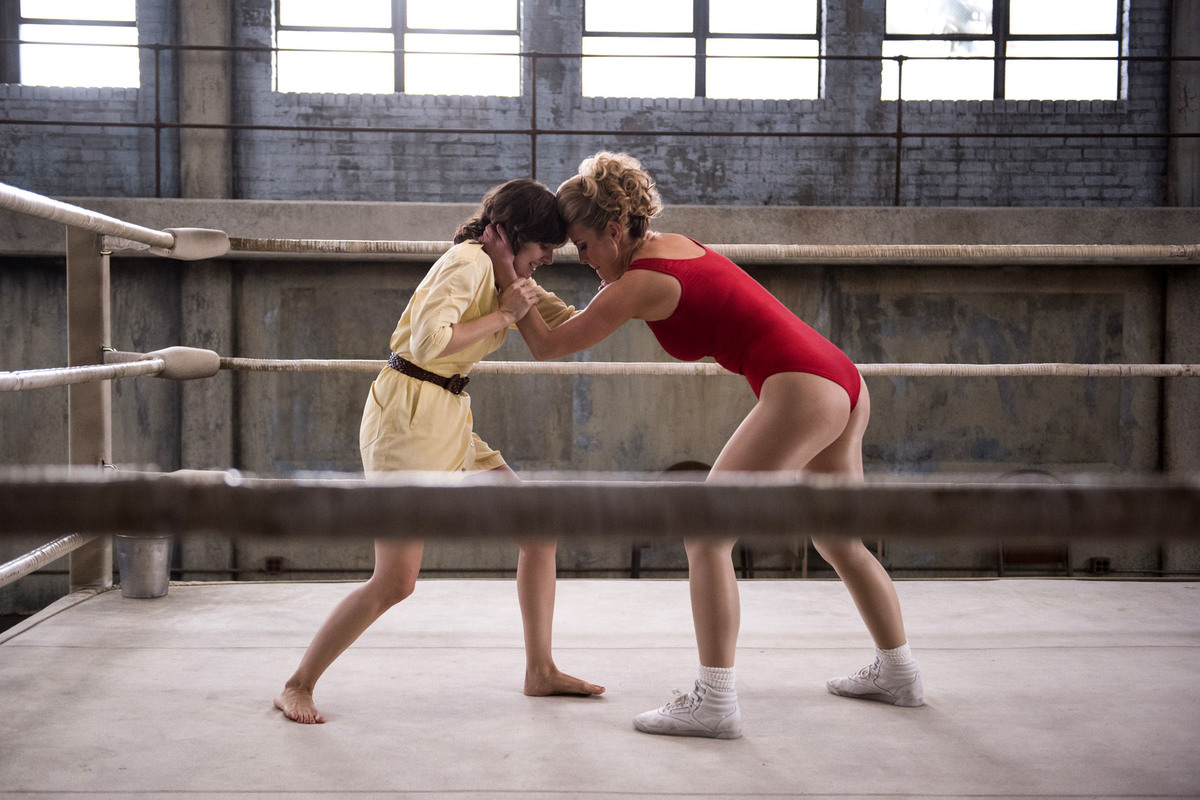 Alison Brie (left) and Betty Gilpin star in GLOW, a new Netflix show about a women's wrestling league in the 1980s.

If you ask Liz Flahive and Carly Mensch, wrestling was just better in the 1980s: They say it was less slick, less violent, more fun — even silly. There were easier entry points, too.

"Liz and I will watch a wrestling match now, and we'll actually make it 15 minutes in and still have no idea who the good guy or the bad guy is," Mensch says.

Mensch and Flahive are diving back into the world of '80s wrestling in their new Netflix series GLOW. The show stars Alison Brie as Ruth Wilder, a struggling actor who finds work with Gorgeous Ladies of Wrestling league — a wrestling circuit which actually existed in the 1980s.

Ruth takes on the persona of a Russian villain named "Zoya the Destroya."

"Capitalist pig!" she yells at her nemesis Liberty Belle (Betty Gilpin). "I shall neuter all your dogs and fill your swimming pools with borscht!"

Co-creators Flahive and Mensch say making a wrestling show meant dealing in a lot of offensive stereotypes — and figuring out how to address those tensions within the show.

On the theatricality of wrestling

From one side, if you're being ungenerous, you can say it's super reductive and then from the other side, you could say it's storytelling at its most potently inclusive and epic.

Carly Mensch: It's almost like Greek theater in that it's like you're telling stories on a scale that we're not used to, but that's really exciting — that can cross cultures, can cross languages. From one side, if you're being ungenerous, you can say it's super reductive and then from the other side, you could say it's storytelling at its most potently inclusive and epic. And if you can figure out how to harness that, I think that's exciting.

On the wrestling personas playing up offensive stereotypes

Liz Flahive: A lot of it was about keeping our eye on the characters' experience of having to play these characters. There's a lot in wrestling that is exciting and also that makes us uncomfortable. And that tension is in the show ... everywhere and is something we keep going back to, and exploring, and digging into.

Mensch: [The character of "Welfare Queen"] she's played by Kia Stevens who is an actual professional wrestler in her alternate real life. ... We would check in with her a lot just to see whether we were getting things right and just to help us speak to the women about the experience of playing these types of offensive stereotypes.

And she would tell us, as a black woman who's been in the industry for a while, like, she's had to play tons of offensive things. And Welfare Queen is perfectly in line with the requests that she gets.

Mensch: In real, real life [they] love each other. Which is actually a really helpful dimension because they trust each other so much. ... They're very much taking care of each other's bodies, and no one's ever actually slamming someone's head into a post.

Mensch: From the beginning we knew that in order to tell this authentic story — and to embrace the funny, Bad News Bears side of learning something totally new — that it would be smart for us to go really slow this first season and actually let our actresses learn how to wrestle at the same pace that their characters are learning.

Flahive: It did something to the women, too. We had them training in a bootcamp for three weeks before we started shooting and just the physical intimacy that they all experienced together and the idea that they had to learn something as a group I think bonded them deeply. I think in their performances the level of trust they all established in the ring was really helpful to us as we filmed the whole season.

Christina Cala and Melissa Gray produced and edited the audio of this interview Beth Novey adapted it for the Web.