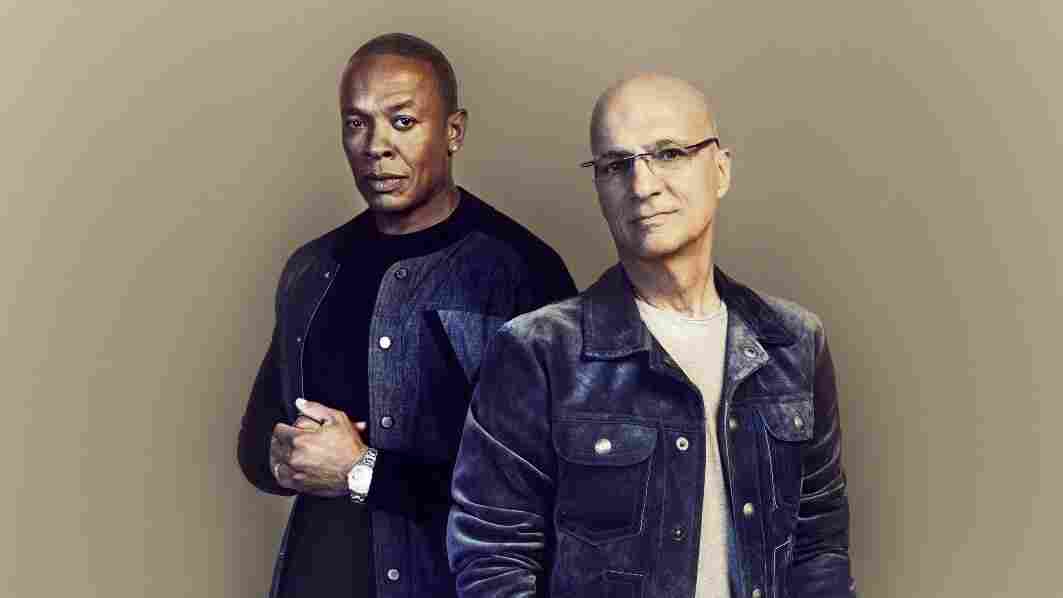 Dr. Dre and Jimmy Iovine, the subjects of The Defiant Ones. Joe Pugliese/Courtesy of HBO hide caption 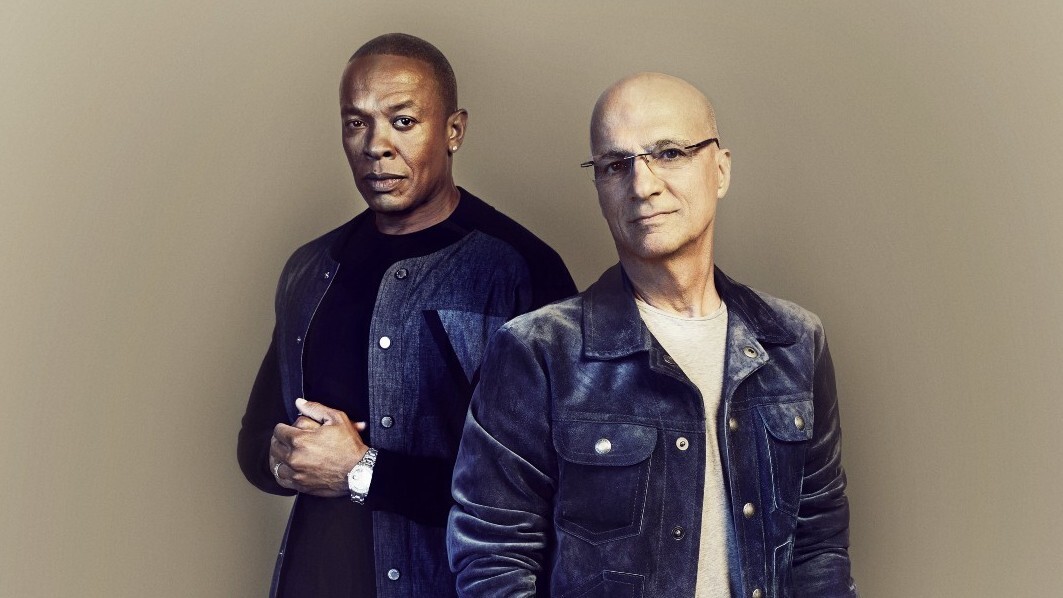 Dr. Dre and Jimmy Iovine, the subjects of The Defiant Ones.

Starting this Sunday, HBO will devote five hours over four nights to perhaps the unlikeliest and most influential partnership in the modern music industry: rap producer and entrepreneur Dr. Dre and rock producer and music executive Jimmy Iovine. Directed by Allen Hughes, The Defiant Ones charts the duo's influence over music from the '70s on, and begins with a $3 billion deal jeopardized by — of all things — a Facebook post.

As Dre and Iovine were angling to sell their company Beats Electronics to Apple, Iovine told Dre to say nothing while the details were finalized. Iovine recalls in the documentary, "I said, 'Dre — remember DeNiro's character Jimmy in Goodfellas? Where Jimmy told the guys, 'Don't buy cars, don't get showy'? I said, 'Don't move this weekend.' "

But later that evening, Dre and actor Tyrese Gibson broke that silence by posting a video on Facebook proclaiming Dre the first hip-hop billionaire. In the documentary, Black Eyed Peas frontman will.i.am says that, in that moment, his friend Iovine was seriously worried. "He was like, 'We could potentially lose this. But it's the horse I rode in with,' " will.i.am remembers. Still, the deal ultimately went through, and Dre and Iovine cashed out on the largest acquisition in Apple's history.

This episode sets the tone for The Defiant Ones, which sketches a story of two savvy deal-makers and pop culture renegades who helped redefine rap and rock music. Iovine and Dre's legendary partnership began when Iovine's company Interscope Records began distributing Death Row Records, where Dre was a recording artist. Between them, Interscope and Death Row featured rock and rap heavyweights like Nine Inch Nails, Tupac Shakur, Snoop Dogg, No Doubt and Eminem.

The Defiant Ones, though, takes you all the way back in these men's histories. The first episode gets off to a slow start with Iovine's early days growing up in New York, where he worked as an engineer with John Lennon and Bruce Springsteen. Those recollections are intercut with Dre's early days on the rap scene in South-Central Los Angeles.

But things pick up when Iovine talks about producing Tom Petty's Hard Promises in the early '80s. He convinced Petty to give a song called "Stop Draggin' My Heart Around" to Fleetwood Mac singer Stevie Nicks for her first solo record. Petty says Iovine won him over with one argument: "'Hey! This is gonna buy you a house.' But it pissed me off because it became a huge hit!"

Iovine did also neglect to mention he was dating Nicks at the time, which left Petty feel a little used. It's a perfect example of how personalities and relationships helped shape one of rock's biggest hits.

Another notable moment is when video host Dee Barnes gets on camera to talk about the time Dre assaulted her at a party over an interview she conducted with Ice Cube, who had just left N.W.A.

"I called the police on Mr. F*** Tha Police. But little by little, the work started drying up," Barnes says. "It was as if I had ruined his career by being that disturbing footnote in his legacy."

Barnes gets the space to tell her story, and Dre apologizes for what was one of the darkest moments in his career. It may be an expected bit of remorse, but given how rarely Dre talks publicly about his personal controversies, it's also evidence of the precious access Hughes put to good use over three years of filmiing.

The Defiant Ones does spend a little too much time praising and mythologizing its subjects. But it's also a comprehensive look at Dre's and Iovine's history, showing how two talented producers separated by genre, geography, and generations formed a partnership that changed the face of music.