When You're Blue Ivy, Bragging Rights Are A Birthright

When You're Blue Ivy, Bragging Rights Are A Birthright 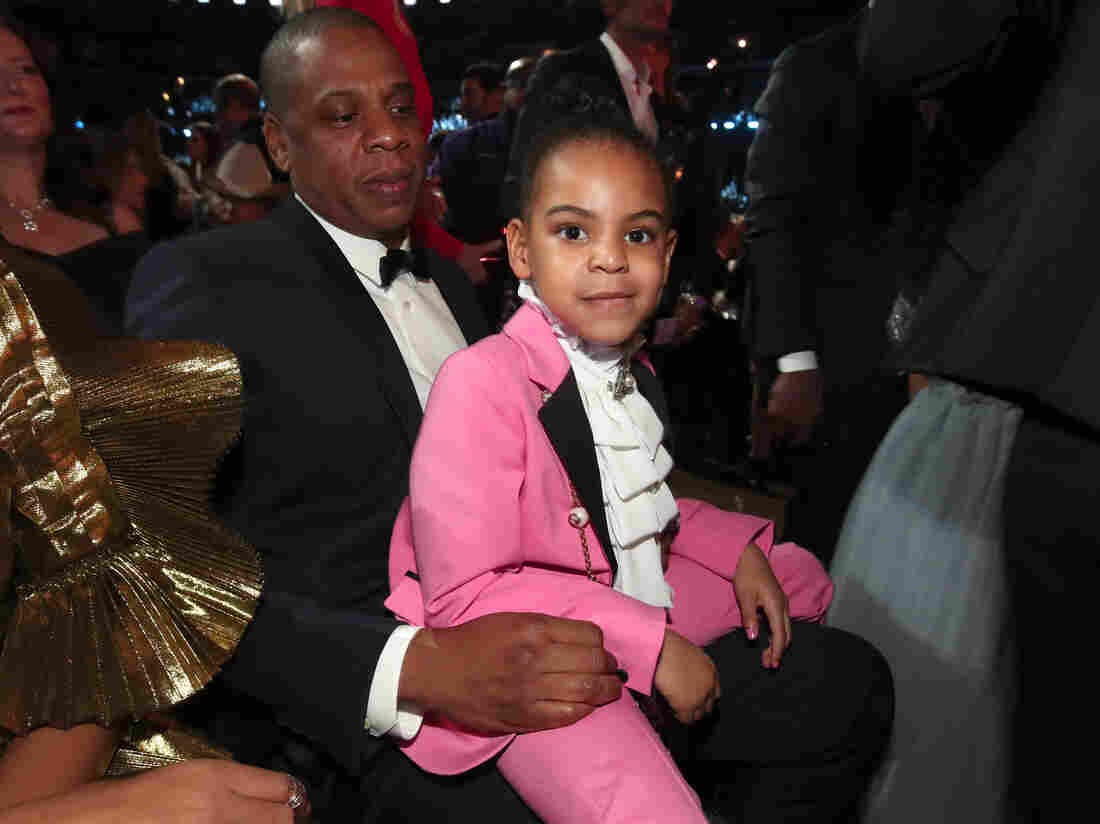 When you're born with a musical bloodline and the perfect rap moniker to match, dropping dope lines on your daddy's critically-acclaimed album is almost inevitable. Just ask Blue Ivy.

After a week of Tidal/Sprint exclusivity, three additional bonus tracks from Jay-Z's 4:44 leaked last night — including one featuring freestyle bars from the first daughter of music's royal couple, Jay-Z and Beyoncé.

"Everything everything, this my only single thing," five-year-old Blue Ivy raps over a muffled beat on "Blue's Freestyle / We Family." Rocking a Migos-inspired flow, she ranges from indecipherable lyrics to braggadocio that would clearly make papa proud. "Never seen a ceiling in my whole life," she spits, turning rap's favorite no-limits double entendre into a boast that only the daughter of a Forbes fave billionnaire couple could make.

This might also be the first time since "Whoot There It Is" that "boomshakalaka" has been used as a hip-hop adlib.

The bonus tracks, which include "Adnis," a song about Jay-Z's father, and "ManyFacedGod" feat. James Blake, are set to appear on physical copies of 4:44, out today.