Accessibility links
Grief Hangs Around At Home In 'A Ghost Story' A new film starring Casey Affleck and Rooney Mara is provocative — if you've got the patience. 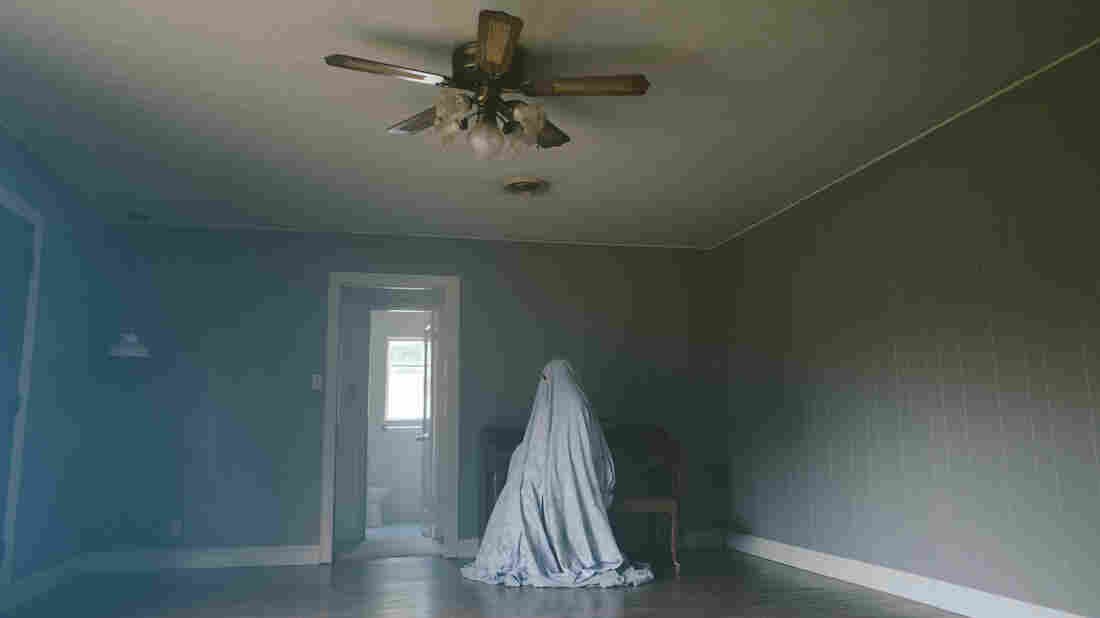 A Ghost Story unfolds in long, static shots, most of them without faces to hang onto. Bret Curry/Courtesy of A24 hide caption

toggle caption
Bret Curry/Courtesy of A24 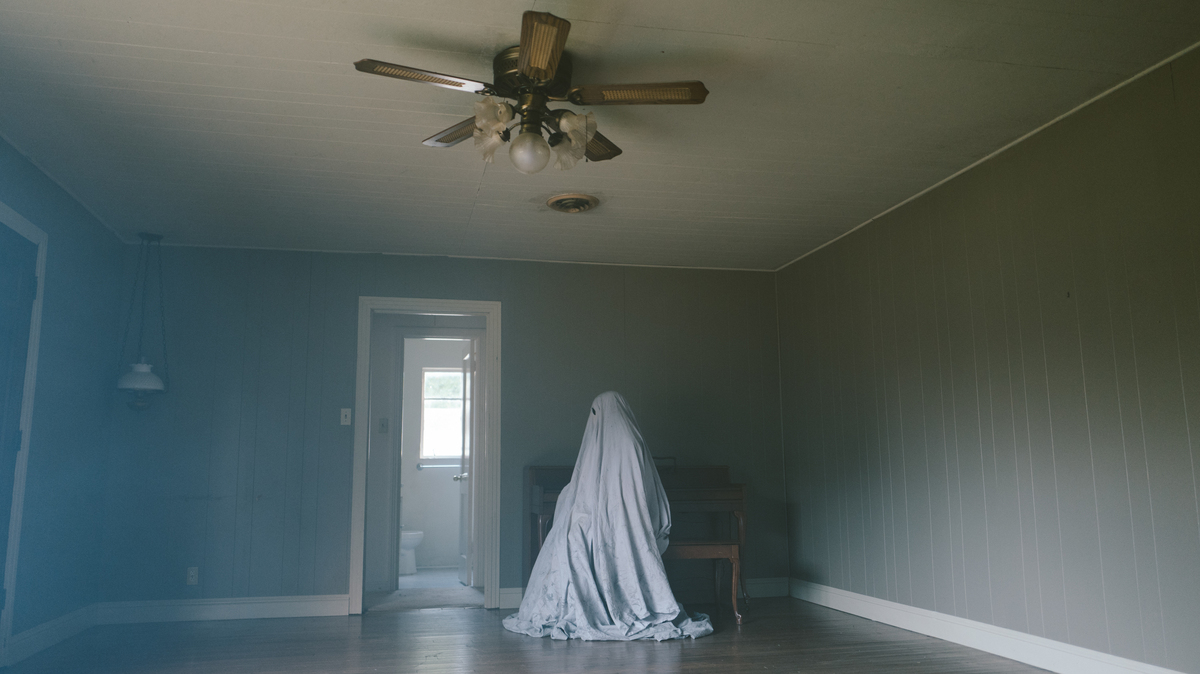 A Ghost Story unfolds in long, static shots, most of them without faces to hang onto.

Lowery shot in secret and very quickly. His setting, an entirely unremarkable suburban rambler that was slated for demolition, which allowed him to destroy it when necessary, and his chief storytelling device a childlike representation of a ghost — a figure draped in a white bedsheet.

His two leads — a married couple, known only as "C" and "M" — are played by Casey Affleck and Rooney Mara, who'd starred in his Ain't Them Bodies Saints a few years back, and who have an easy rapport that was probably essential to filming on a short shoot.

Affleck's C is quiet, a composer who's better at expressing himself in music than in words. Mara's M seems more comfortable saying what she's feeling, but she gets very little bounce from her spouse. She wants to move, he's attached for some unfathomable reason to the house. She loves him, and he, her, but their relationship is difficult. And then, abruptly, he dies in an auto accident just yards from the house. At the hospital morgue, M says her goodbyes, and leaves the body on its slab, in stillness.

When no one's around, C leaves too. He sits up on the slab, still covered by a sheet, looking for all the world like a Halloween costume with black holes for eyes. A ghost-in-ghost's-clothing, he begins to wander the crowded halls of the hospital unnoticed. A portal opens — a chance to move toward the light — but instead, C returns to the house he didn't want to leave, to be with his grieving wife.

M does grieve — sorting through their possessions with eyes brimming, stress-eating an entire pie in one harrowing, uninterrupted take, listening to C's music, all with the ghost of C unseen, but ever in a corner of the frame.

And then, as she must, M moves on. She packs, looks around one last time, and drives away. C's ghost can't. He's bound to this spot, through years, through other residents, even when the home is torn down, gradually slipping away from this world, until he's entirely unmoored in time...but still stuck.

Director David Lowery started out as a film editor, and you could make the case that A Ghost Story proves what good editing can do on its own. After three years spent making an effects-heavy Disney epic, this almost amounts to a cinematic cleanse. $100,000 budget, tiny cast, finished in a couple of weeks with no effects, almost no dialogue — except for one scene where some partying grad students take up residence in C's house, and are stoned enough to articulate what you imagine a ghost might be thinking

"We build our legacy piece by piece," says one, "and maybe the whole world will remember you, or maybe just a couple of people, but you do what you can to make sure you're still around after you're gone."

I should mention that the film is virtually without plot, so it requires some patience. Major stars and that title notwithstanding, A Ghost Story is not a Saturday-night date movie. More a provocative art film in the European sense. Though barely 87 minutes, it unfolds in long, static shots, most of them without faces to hang onto. It's almost a film without genre, and by the end it's become a story untethered from time itself.

Still, it manages to be achingly intimate, and somehow optimistic. A meditation on loss but also on legacy — on our enduring need to endure.

We all hope to leave something behind — children, memories, a monument of some sort. Lowery will leave A Ghost Story. And if my own experience is any indication, it will linger.