Accessibility links
After Fleeing Persecution, U.S. Christian Refugees Now Face Deportation The Trump administration's efforts to deport immigrants in the U.S. illegally is bad news for Christian refugees who could be returned to the countries where they were persecuted. 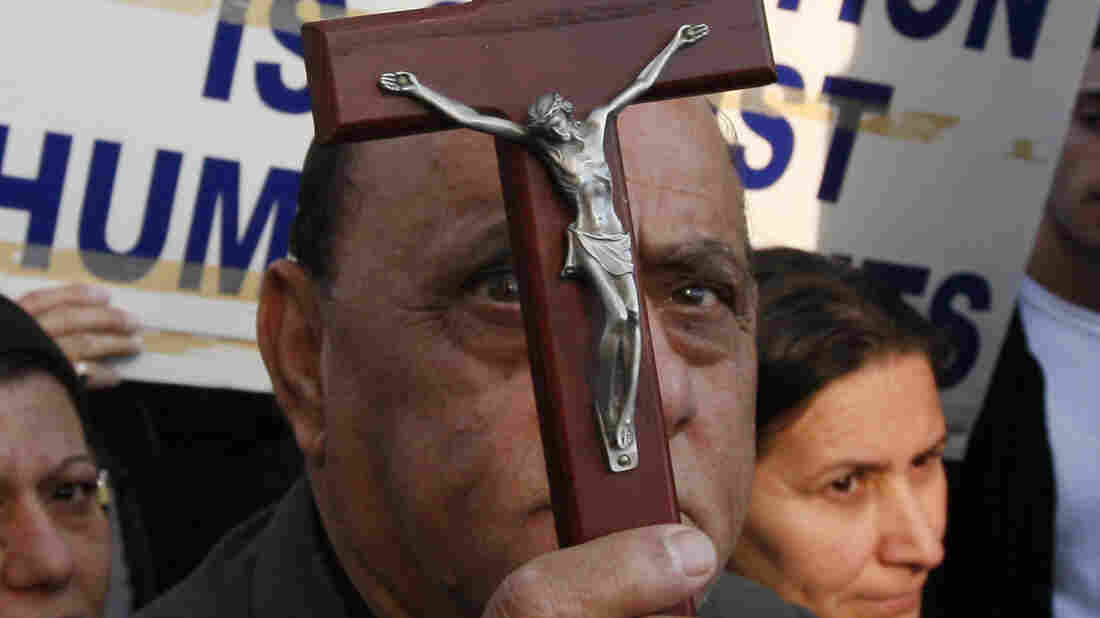 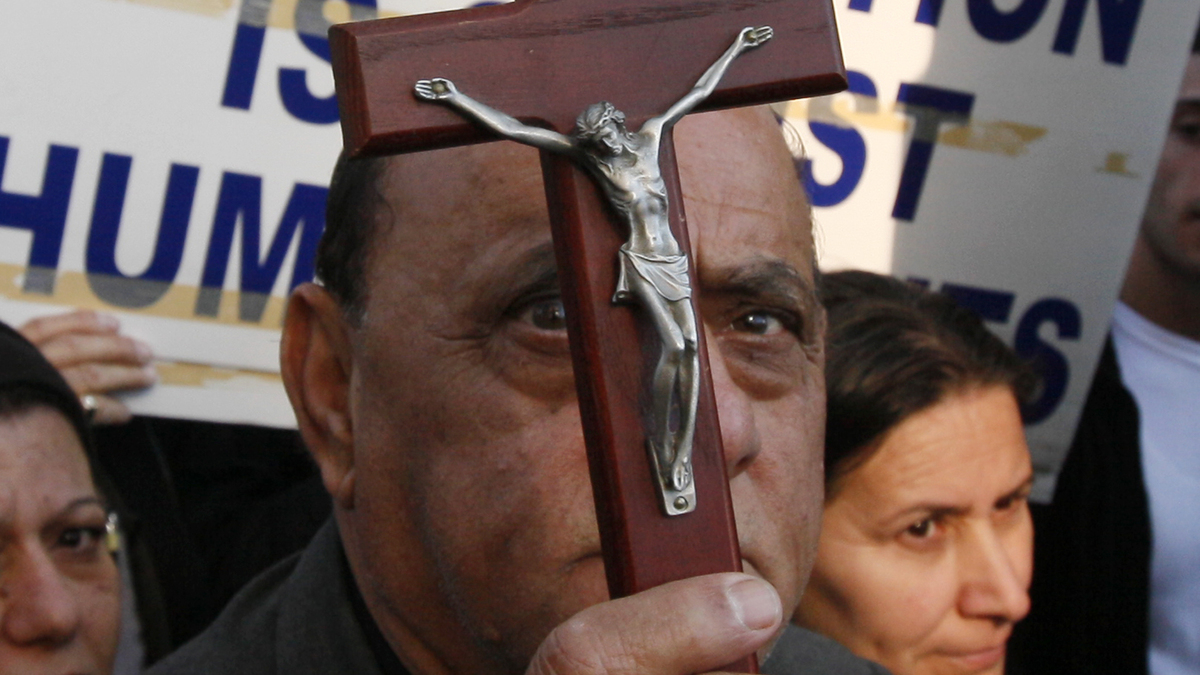 Members of Michigan's Chaldean community rally against religious persecution in Iraq in 2010.

Christians who have come to the United States seeking refuge from persecution should be a natural constituency for Donald Trump.

During his campaign and in his early weeks in office, Trump highlighted the plight of Christians around the world who suffer for their beliefs. "Christians in the Middle East have been executed in large numbers," he tweeted in January. "We cannot allow this horror to continue!"

The first version of Trump's travel ban gave preferential treatment to Christian refugees, and when Vice President Mike Pence spoke at the World Summit in Defense of Persecuted Christians in May, he quoted Trump as saying, "Nobody has been treated worse in the Middle East." Trump had made clear, Pence said, that "America will stand by followers of Christ." 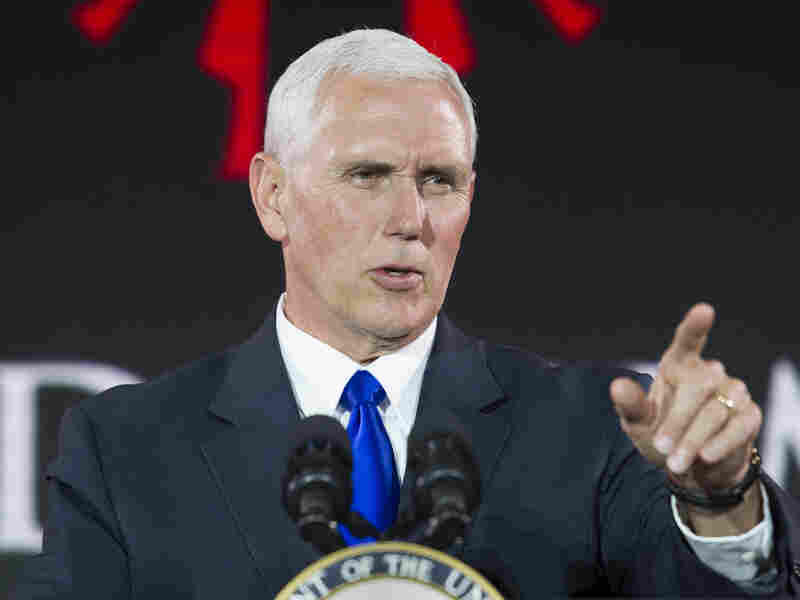 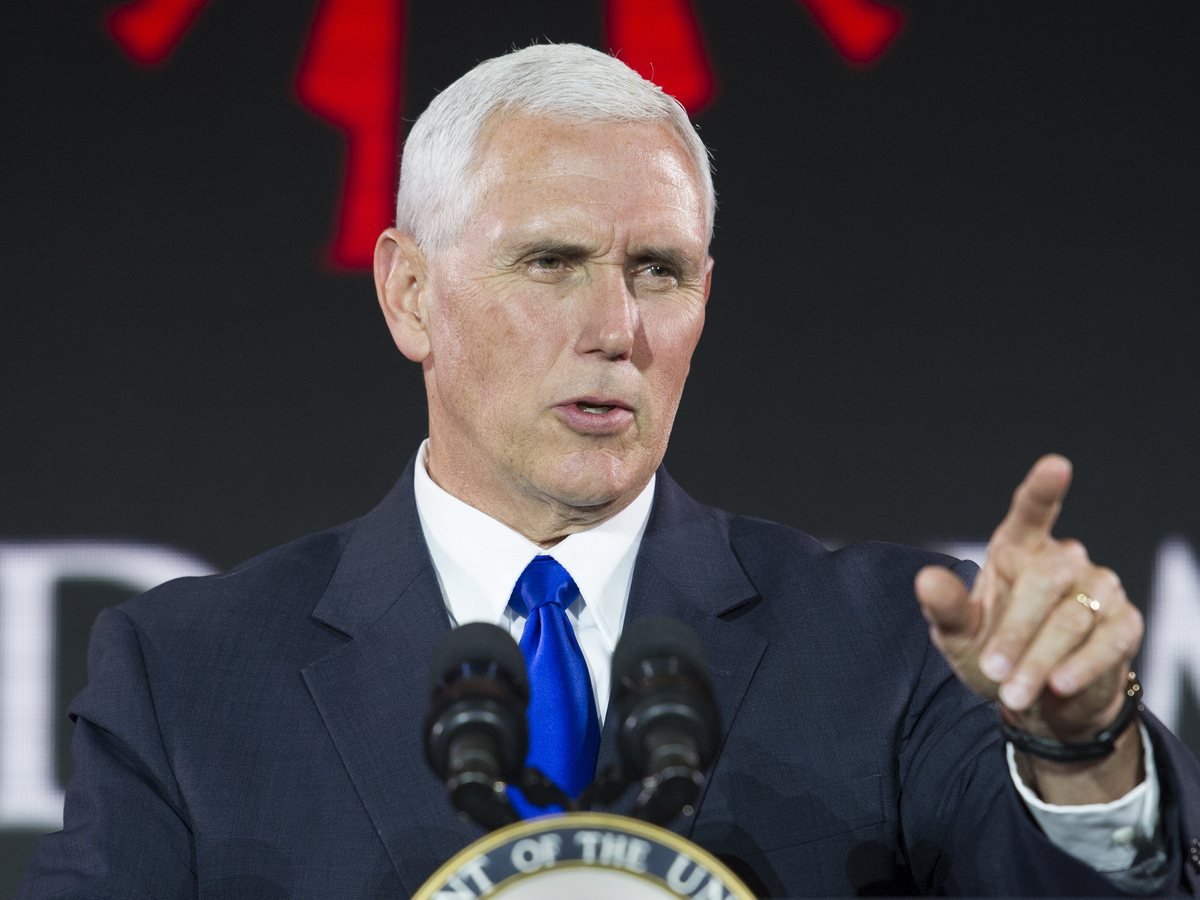 The defense of beleaguered Christians, however, is now clashing with another Trump priority. As a candidate and as president, Trump has called for the strict enforcement of immigration laws and the removal of people who are residing in the United States illegally. Many of the Middle East Christians who came to the United States in recent decades have overstayed their visas, failed to apply for asylum on time, or committed some crime. As a result, they are now subject to being sent back to the countries from which they fled.

The Trump administration is therefore facing a choice: whether to follow through on the pledge to protect Christians facing persecution or to proceed with stepped up deportation efforts, even if it means sending some Christians back to countries where they are certain to be mistreated.

The dilemma is clearest in the case of Iraqi Christians, a community the Obama Administration officially recognized as threatened by genocide. Most are Chaldean Catholics; of more than 340 Chaldean churches in Iraq in 2003, fewer than 40 remain in operation today, according to the Chaldean Community Foundation. During those years, thousands of Christians have been killed in Iraq, and thousands more have fled, many of them to the United States.

Some of them broke the rules and did not go through the process they should have, but these were people fearing for their lives and fleeing countries that were extremely hostile to whom and what they worship.

A significant portion of those Iraqi Christians, however, are now in imminent danger of being deported as a result of the Trump Administration's new get-tough policies. Five days after taking office, President Trump signed an executive order calling for "the removal of aliens who have no right to be in the United States" and directing government agencies "to employ all lawful means" in pursuit of that goal.

Among those affected were the Chaldean Christians, more than a thousand of whom have been arrested in recent weeks by U.S. Immigration and Customs Enforcement (ICE) agents and prepared for deportation. Many had lived in the United States for years, and some had committed crimes that exposed them to deportation, but no enforcement action had previously been taken against them.

If deported to Iraq, the Chaldeans will return to a profoundly hostile environment, and their threatened removal has been criticized by U.S. Christian leaders, including Franklin Graham, the son of evangelist Billy Graham and a strong Trump supporter during the 2016 election.

"I find it very disturbing what I have read about Chaldean Christians being rounded up by U.S. ICE for possible deportation," Graham wrote in a Facebook post. "I would encourage our president to give great consideration to the threat to lives of Christians in countries like Iraq."

Graham's statement followed an appeal from a coalition of evangelical leaders, urging the Department of Homeland Security to hold off on the deportation of the Iraqi Christians, and the U.S. Conference of Catholic Bishops made a similar plea.

The Trump administration, however, appears unmoved by the protests. "If we find someone here illegally, we're not going to turn the other way," ICE Director Thomas Homan told reporters last week at a White House briefing. "Those who entered our country illegally violated our country's laws." He did not appear open to giving preferential treatment to one group. "The moment law enforcement starts carving out exemptions is the moment the rule of law starts to erode," he said.

The Chaldeans from Iraq are not the only immigrant Christian group who may have to return to the very countries they fled. Dozens of Christians from Indonesia, most of them ethnic Chinese, also face deportation. Indonesia is 90 percent Muslim, and Islamist extremism is on the rise there.

"Ethnic Chinese Christians being sent back to Indonesia at this particular moment is a very frightening thing," says Rev. Seth Kaper-Dale, pastor of the Reformed Church in Highland Park, New Jersey, where he ministers to a number of Indonesian Christians.

In May, four Indonesian men Kaper-Dale had been counseling were arrested and deported. With Kaper-Dale's encouragement, they had been reporting regularly to immigration offices for years without incident.

"People who were not prioritized [for removal] before are now being prioritized," Kaper Dale says, "and there's a lot more people out there to hunt them down." Trump's January 25 executive order called for the hiring of 10,000 new immigration officers.

Ethnic and religious tensions, meanwhile, are rising again in Indonesia. In May, the governor of Jakarta, a Christian, was convicted of blasphemy for suggesting that the Quran did not prohibit Muslims from supporting non-Muslim candidates.

"You're sending [Christians] back to Jakarta airport at a time when emotions are high, when there's tension between the Christian community and the Muslim community," Kaper-Dale says. "We're talking about sending people back who escaped a blood bath directed against their own people."

With the Trump administration showing no sign of relenting on its deportation policy, groups who advocate for Christians worldwide are growing increasingly alarmed.

"I can run through a list of countries where there are religious minorities who came to the United States to be safe," says Philippe Nassif, executive director of the nonprofit group In Defense of Christians.

"The same goes Christians from Sudan," Nassif says. "The same goes, potentially, for Coptic Christians, for the Indonesian Christians. Some of them broke the rules and did not go through the process they should have, but these were people fearing for their lives and fleeing countries that were extremely hostile to whom and what they worship."